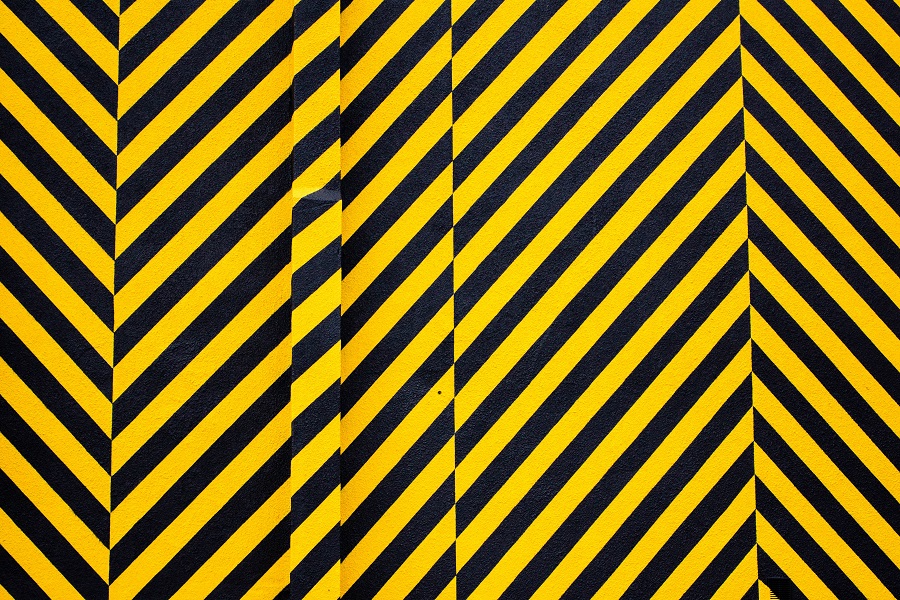 XRP’s move so far has perfectly adhered to the path toward a major pump since the last mention. The price has risen by approximately 28% since the end of September and there is more upside on the horizon.

The price stood at $0.27 with a market cap of $12 billion, hovering just below Ethereum. It is an optimistic hope that by the time these targets are half-achieved, there will be flippening and XRP will regain its throne as the second-largest cryptocurrency in the world. 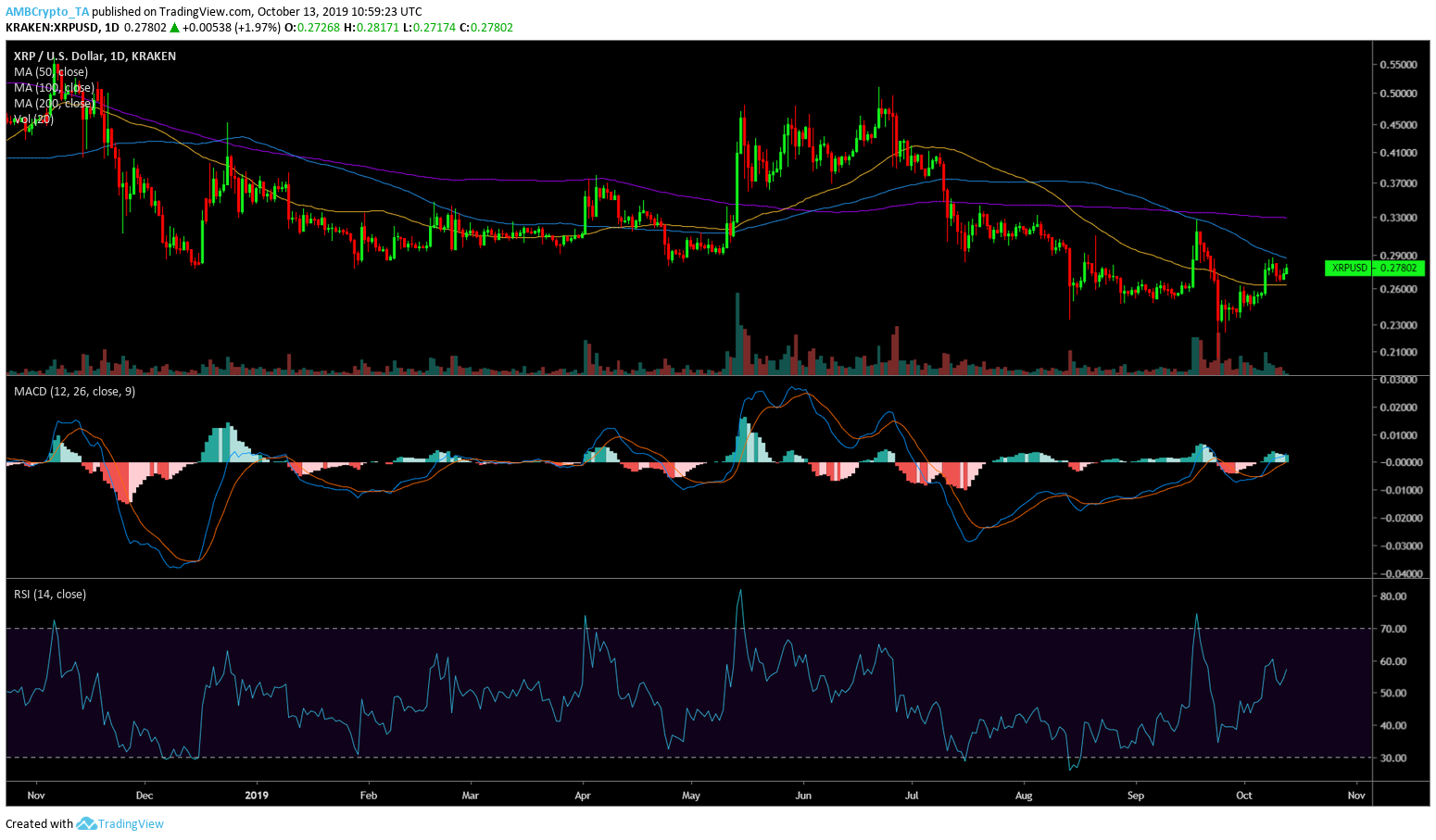 The XRP community has been relentlessly waiting for a pump since the end of 2017-18 rally. The hopes of $589 and ‘the Riddler’ kept part of the community going. The split community seems to have merged as they’ve come to terms with unrealistic targets. 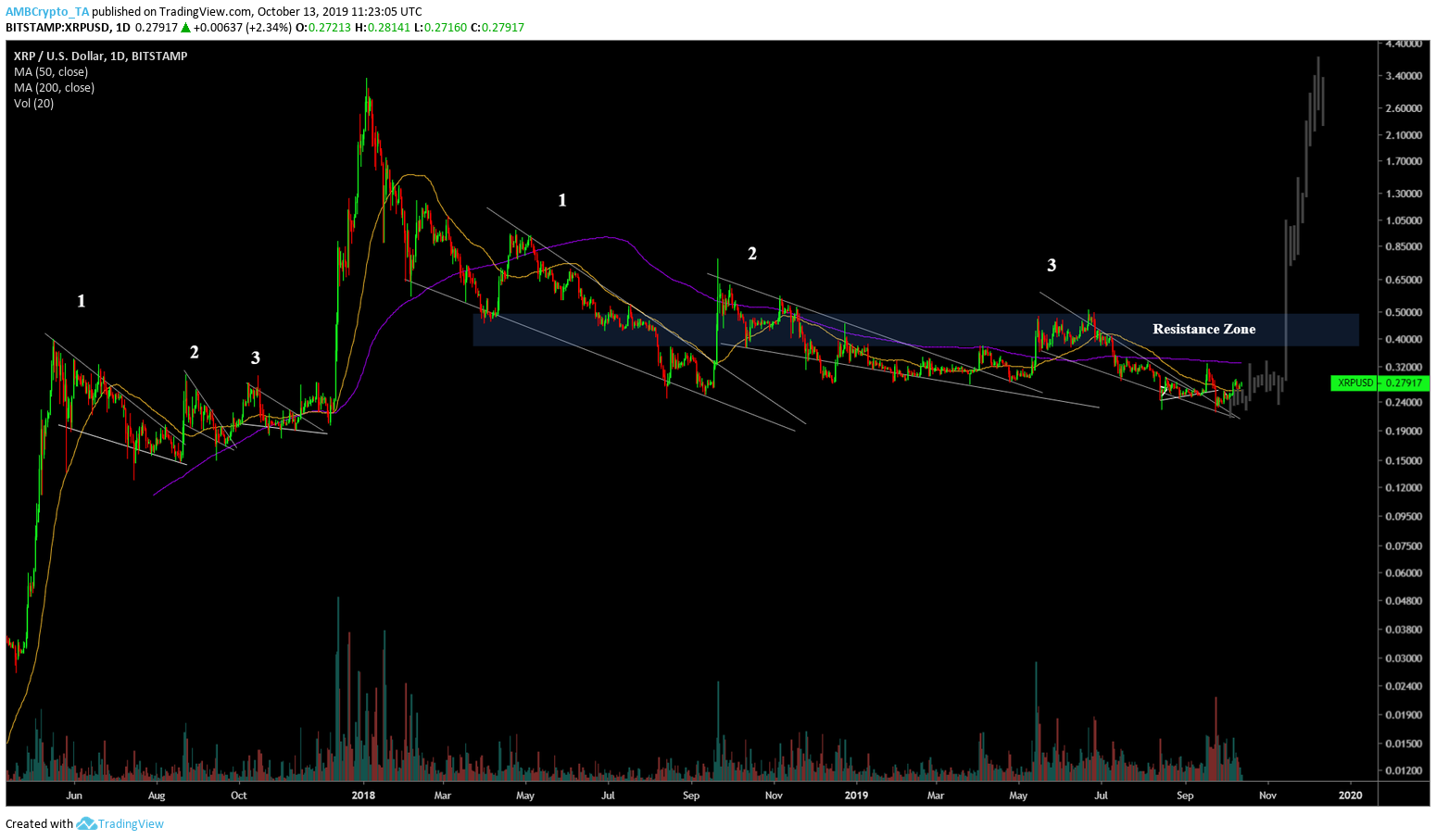 Although the past performance is not indicative of future price actions, it can still act as a reference. The factors that played a role in the 2017 run-up are long-gone by now. So it is better to be pragmatic about expectations. XRP’s rise will be hindered by a major resistance zone as seen above, which ranges from $0.39 to $0.50. If there is a swift breach of this zone the price will have a breathing room and be free to move higher from here.

Depending on the magnitude of the momentum, XRP’s price will hit these targets accordingly. If the momentum is humungous the previously mentioned resistance zone will be taken out without a hitch. The move from this point onward would be easy to achieve once the bulls have completely taken over the third-biggest cryptocurrency.

Ethereum’s price may face obstructions on breach of ascending channel

Litecoin rallies after parallel channel pattern breaks on positive side