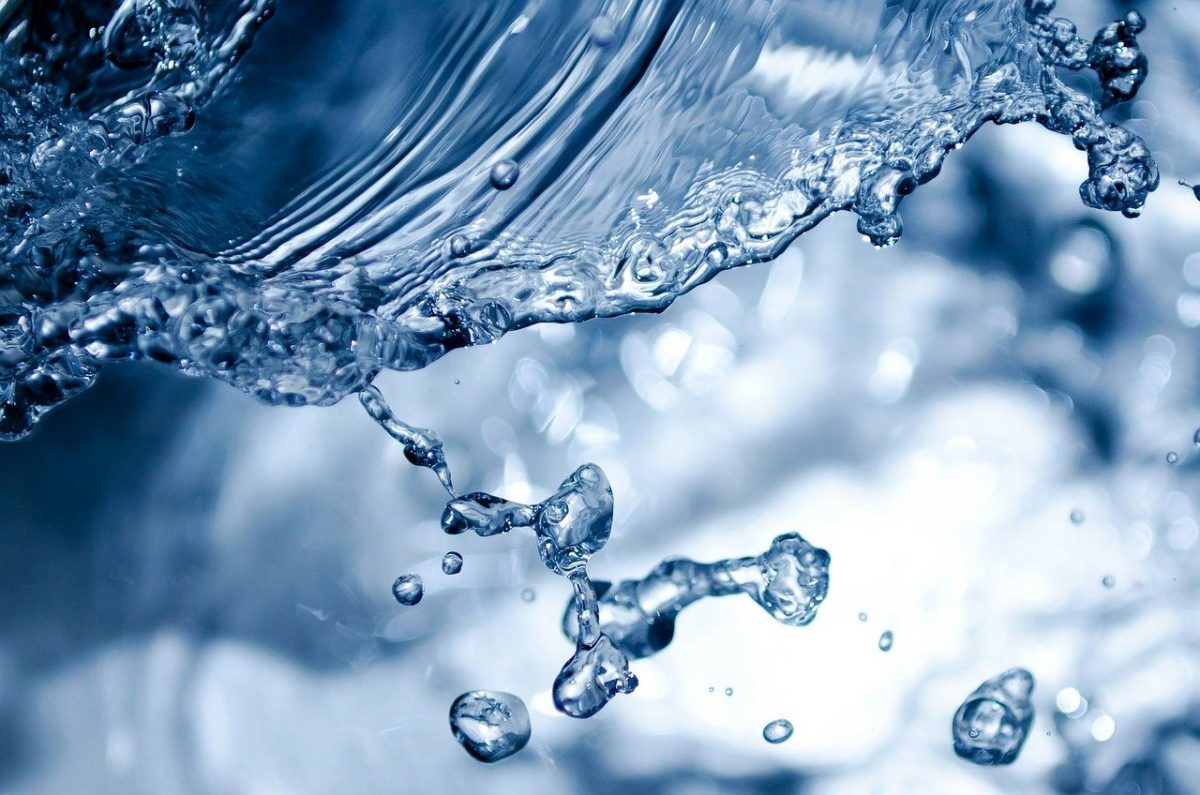 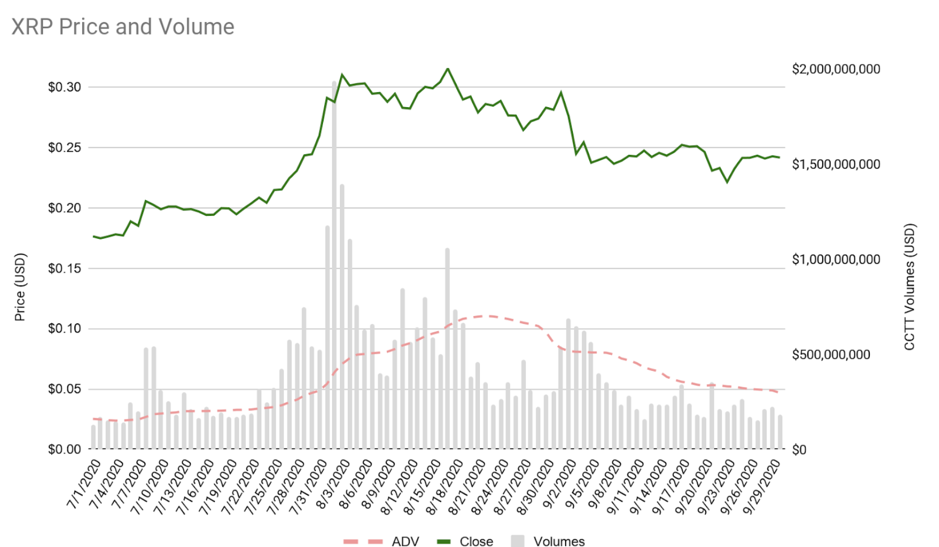 This volume was inclusive of Line of Credit, a new beta service on RippleNet that allows customers using On-Demand Liquidity (ODL) to source capital on-demand. Regarding Ripple’s purchases of XRP, the company stated that,

“Ripple is purchasing – and may continue to purchase – XRP to support healthy markets. This is a near-term product solution for the Line of Credit beta. Long-term, Ripple is building new ODL capabilities to dynamically source XRP liquidity from the open market, not just Ripple.”

Ripple’s focus on the creation of this liquidity has been directed towards its On-Demand Liquidity (ODL) products. 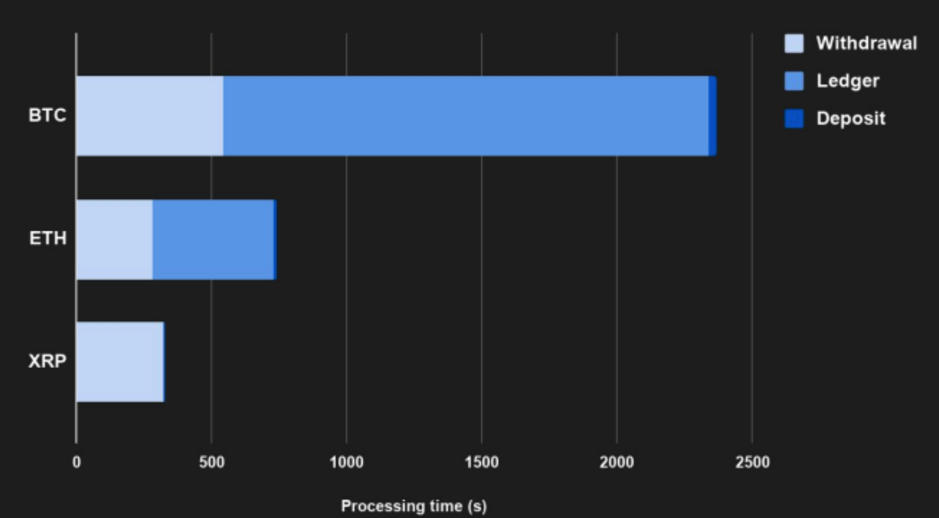 Making a case for itself once again, as a bridge currency, the chart above demonstrates XRP’s low transaction time for an asset transfer over $10,000 USD equivalent in BTC, ETH, and XRP from Binance to Coinbase.

Reportedly, the inter-exchange transfer time for XRP can go as low as 18 seconds, as seen on Bitstamp to HitBTC.

This would allow traders to capture time-limited arbitrage opportunities by capitalizing on XRP’s speed and low transaction costs.

Ripple also noted that the release of the XRP Ledger v1.6 introduced new features and improvements such as a more robust consensus mechanism and the Negative UNL amendment on devnet to test reliability, stability, performance, and security.