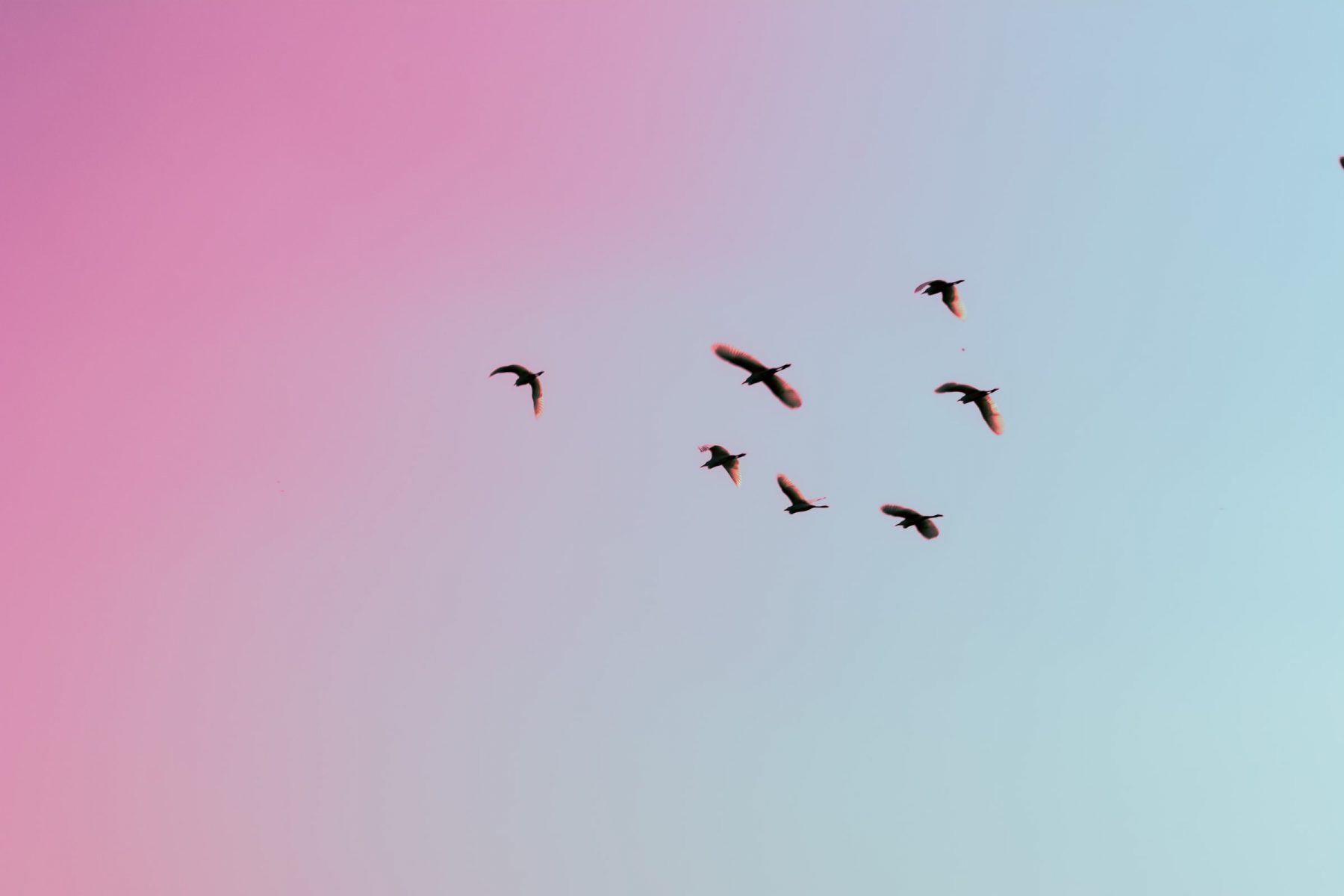 November just closed and December may be the highest volume month for Bitcoin. After breaching all psychological and technical price barriers, Bitcoin is now trading above the $18700 level. When the price crossed the previous ATH and hit a new ATH, the trade volume was at a peak on top spot exchanges. November closed with a bang as the third-highest volume month ever. About $270 billion so far. The largest-ever month was in January 2018 with ~$308 billion. If the trend continues, December might be the volume all-time high for Bitcoin. 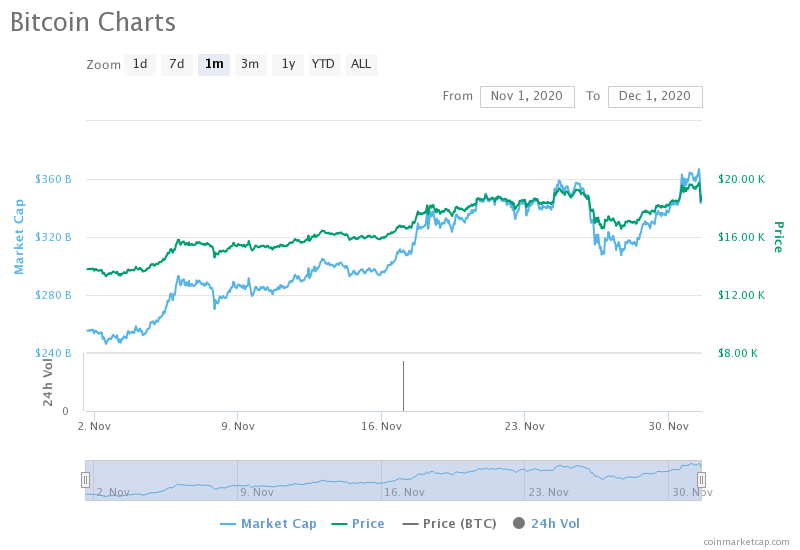 Spot exchange volume is consistently above $100 Billion in the past 4 months and an addition of nearly $30 Billion in market cap took the market cap to a new ATH. An important development that takes us $530 Million closer to that is Guggenheim’s interest in investing through GBTC. Institutional investors haven’t started withdrawing from exchanges yet, and despite the increase in liquidity, there is adequate demand being generated. Grayscale has continued systematic buying, it has added several other cryptocurrencies – altcoins, based on market capitalization to the portfolio.

CT influencers and Gemini Exchange founders Winklevoss twins in a recent interview claimed that they are positive that the gold flippening will happen, BTC’s market cap will exceed that of Gold and the price will hit $500000. Moreover, when asked what they have been doing for the past 8 months, they said they have been HODLing. Buying above $18000 is a good buy according to @TylerWinklevoss. 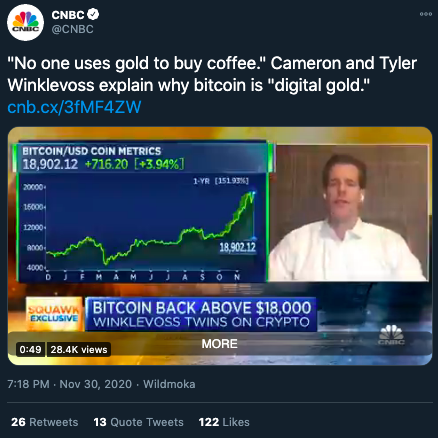 The price has crossed $18k several times and sustained at that level, unlike the 80% drop in price within a few hours. It crossed the previous ATH on most exchanges and hit a new ATH above $19800. The price is now headed to $20000, however, the liquidity on spot exchanges needs to be absorbed by demand. That would ensure a long and sustained price rally.

This was a considerable breakthrough for the community, and there is more to the narrative proposed by Maxis. Numbers support these claims and contrary to what the whitepaper reads “P2P digital electronic cash system”, in the times of inflation, fiat weakening, and banking crisis, the current phase of “store of value” may soon be replaced by the former.