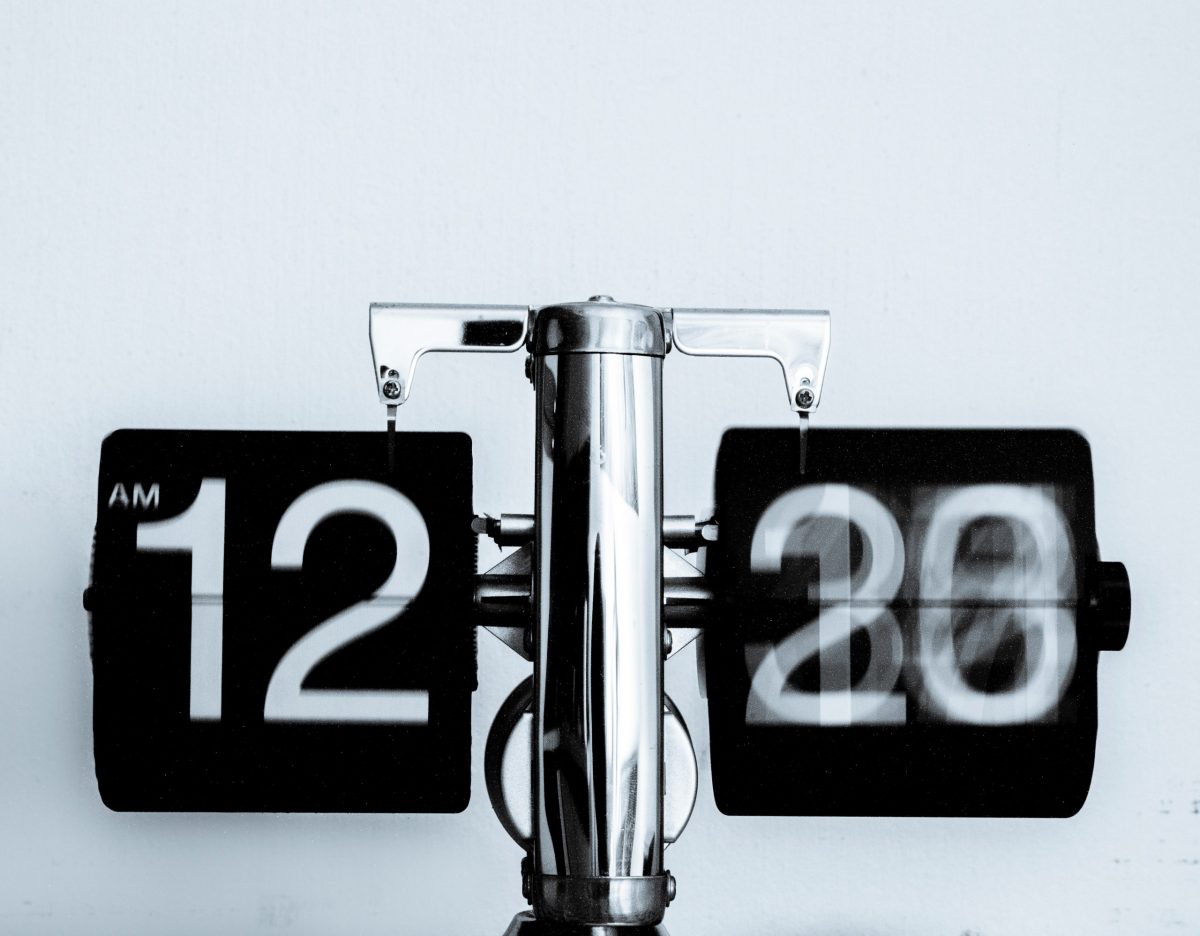 When should you buy Bitcoin? The default answer to that should be every day, irrespective of the price, as the simple dollar-cost average (DCA) strategy goes. But, lets be honest, nobody really does that? Why? Because its too simple. Instead, people look at a host of different technical, on-chain and macro-economic indicators. Bitcoin, due to its nascency and abnormal metrics, does not move according to these indicators, so what can people look at? Let’s start with its price.

Price is a simple thing – it’s a number, easily measurable, scalable, and comparable, everyone understands it, and hence it’s a default standard.

To reiterate, we’re looking at when is the right time to buy Bitcoin, based on two things, absolute and relative price. A measure of price changes over a period of time is found in moving averages, broken up by periods, we’ll look at the same.

So, now that we have our motive (to determine when we should buy Bitcoin), and our indicator (the aforementioned MAs), lets spread this against the daily price of Bitcoin, to check how it compares across a period and whether we can pull out entry and exit signals. But before we get into the period-wise breakdown, let’s define the rules of the game.

Rules of the game

A look at the price chart of Bitcoin against the MAs: 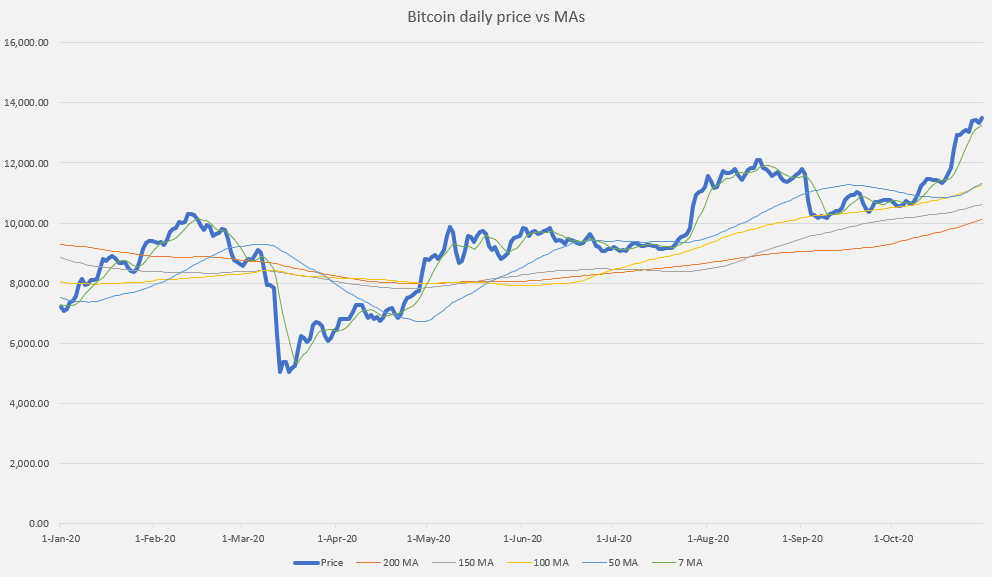 A quick glance at the chart would reveal the number of entry and exit point you’d be taking, depending on which MA you’d pick, of course. It’s clear to see that a short-term MA like the 7-day or the 50-day tracks the price closer, requiring a lot more entries and exits, than a long-term like the 200-day or the 150-day. This feature is detailed in each of the period-wise analysis below and does point to a key trend to keep in mind when using this approach.

A note for the bulls

Before we get into the period breakdowns, a quick note on the bullish nature of the market. Most strategies this year will prove fruitful, especially those that are buy-only or buy-heavy because the market has been moving up. If you simply bought and held on to Bitcoin from the start of the year until now, you’d have earned an 87.5 percent ROI, that’s not considering transaction and withdrawal fees, and inflation, albeit for a 10 month period.

However, this approach provides a well averaged out signal i.e. the MAs, and hence can be relied upon to a sufficient degree. In a bearish year, think 2018, when the price was plummeting, an approach like this would simply tell you not to buy Bitcoin because there were no historic uptrends, courtesy of the MAs. In such a year, you’d just not end up buying, and instead of making a 75 percent loss (buying on January 1 2018 and holding on till December 31 2018), you’d end up making either a profit, nor a loss.

With the housekeeping done, let’s get into it.

The 200 DMA is one of the most relied on indicators, forming one half of the golden and death crossover. Ecoinometrics details the same in the analysis using a long-short approach. So, how often would you end up buying Bitcoin in 2020 using the 200DMA?

You’d end up entering the markets on three occasions. These three occasions would total to 220 days of buying Bitcoin every day. The exits you’d take are simply pausing your DCA, not selling. If you count the exit as a “move,” you’d have a total of 5 moves made by the end of the period (1 January to 30 October). The average price of each buy is at $10,236, on the higher side considering the low to high range of Bitcoin for the year is $5,000 to $13,500, but this is because you’re paying a premium as mentioned above.

The advantage of this approach is it’s hassle-free. Just three times you’d have to hit play, so to speak, on your daily buys. Only twice do you have to hit pause. Think about it this way, the average price you’re left with per move is $2,047, meaning each move made you a significant chunk, despite making so few moves in total. Lastly, the profit you’re left with as of 30 October, is 31.9%.

A quick recap. We’re looking at when to buy Bitcoin, based on a buy-only strategy, using just one indicator scaled for several periods, with strict, but wide-ranging rules. So far, we’ve laid out the name of the game, the rules we will follow, the market since the beginning of the year, a note on the bulls, and the first iteration of the study based on the 200DMA.

This is part one of a two-part analysis on when to buy Bitcoin using this MA and buy-only approach. In the next part, we’ll break it down for the 150DMA, the 100DMA, the 50DMA, and the 7DMA, with varying profit margins, and transaction counts, with some surprising results.

Orbit to use Ethereum blockchain to buy and sell solar power