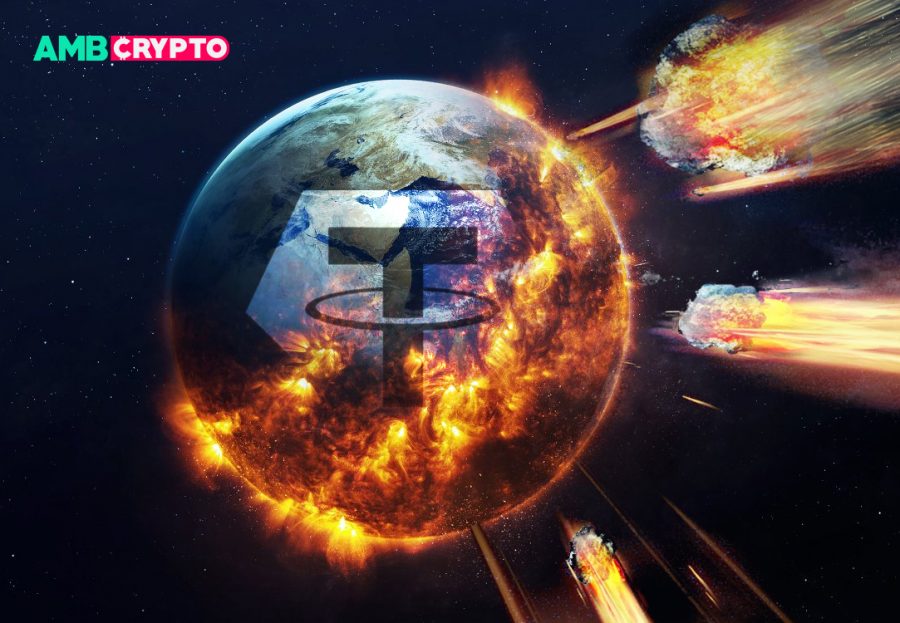 “If Tether went away, it would flood somewhere else”

This article addresses hypothetical scenarios and speculations surrounding Tether and how it will affect the cryptocurrency ecosystem.

Tether is perhaps one of the most important and largest entities in the cryptocurrency ecosystem with a market share of more than $4 billion. Tether was launched in 2014 with a singular goal of improving liquidity and providing access to this revolutionary, yet nascent technology, which it did, especially considering how it has grown over the years.

In a way, Tether was like this savior that facilitated the growth of an entire ecosystem, perhaps, like Harvey Dent, who was once an upstanding citizen of Gotham. But the naysayers look at Tether and see Two-Face who went insane and became the villain.

Recently, Bitinex posted a new blog, one written in anticipation of a lawsuit that was based on “bogus study.” A day later, the law firm, Roche and Freedman, filed a class-action lawsuit against Bitfinex and Tether alleging market manipulation on various instances. This is not the first legal rodeo for Bitfinex and Tether. The NYAG brought a lawsuit against Bitfnex for violating securities law and servicing NY residents in violation of the Martin Act, a lawsuit which is still ongoing.

With a flood of lawsuits and investigations against Bitfinex and Tether, it is important to know how big both these companies have grown, especially Tether, to have a massive impact on the cryptocurrency ecosystem, good or bad.

Getting Rid of the Keyhole: A Broader Look at Tether and other Stablecoins

To put things into perspective, in the stablecoins ecosystem [GUSD, TUSD, USDC, PAX], Tether’s share is a whopping 83%. However, the rest of the stablecoins together make up only 17%.

Not only does Tether rule the stablecoin ecosystem, but it also enjoys a monopoly over it. Further, looking at Tether’s flow in the market, it is evident that most of Tether’s volume is used for trading BTC. 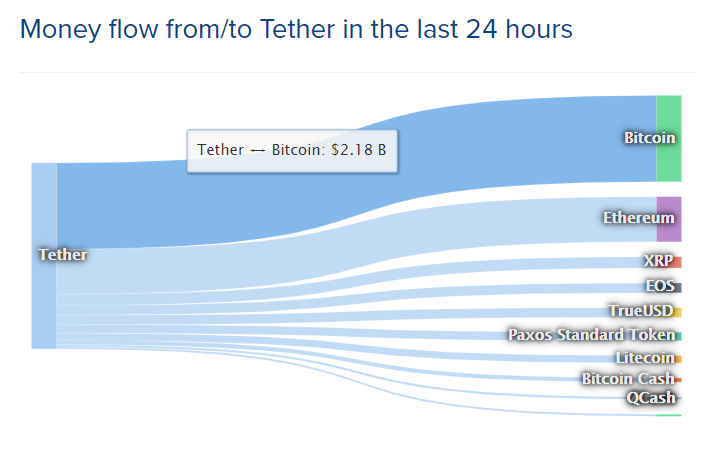 According to Coinlib.io’s metrics, more than 50% [$2 billion] of Tether’s trading volume innocuously slithers into Bitcoin, while the rest of it works its way into the hands of Ethereum and other altcoins. A smidgeon of the flow supports other stablecoins like Paxos and TrueUSD.

For a company that is as big as Tether, its sudden and gradual disappearance will have both direct and indirect repercussions on the cryptocurrency space. Although this is hypothetical, Adam Back, CEO and Co-founder of Blockstream, doesn’t seem to think that Tether is going away anytime soon and there are many who share the same opinion. Back told AMBCrypto,

“If Tether went away, it will flood somewhere else!
The trade happens because of the demand, and people use what’s cheapest or most convenient (least sign up or no sign up friction)… but i’m not sure tether is going anywhere soon their operations won’t be disrupted by slow court arguments.”

However, keeping an open mind, addressed below are some of the speculations about what could/would and may happen if Tether went away.

A Chemistry of Panic and FUD

If the news of Tether shutting shop breaks out, panic will likely take over the markets, clawing its way to Bitcoin and causing it to tank. Although Bitcoin matured as an asset, emotion plays a large role in its price action; the same logic applies strongly to altcoins correlated to Bitcoin. This will most likely be temporary and the price of Bitcoin will rise up again. However, what cannot be speculated about is the extent of the drop. Considering the current price of Bitcoin, if the price falls below important psychological levels, resuscitation of markets would be slower.

Back stated that such an event, although unlikely, would,

“Limit liquidity and increase spreads for a while as people and exchanges adapt but I dont think it makes much difference ultimately to BTC… People would withdraw their USD by wire transfer via a Tether or using exchanges who then do bulk wires from tether. Some might buy up BTC as a simpler exit”

An Abrupt End to the Biggest Liquidity Provider

Although unlikely, if Tether were to shut down suddenly due to some unforeseen event, initially the peg with USDT would collapse temporarily, causing a rise in the value of other stablecoins simply based on an imbalance in demand for stablecoins. This is how events will unfold if Tether’s existence is questioned as the exact instance occurred before. On October 15, 2018, Tether’s peg collapsed by 2.6% and was trading at $0.96. This happened a few days after Bitfinex paused USD deposits [not withdrawals]. 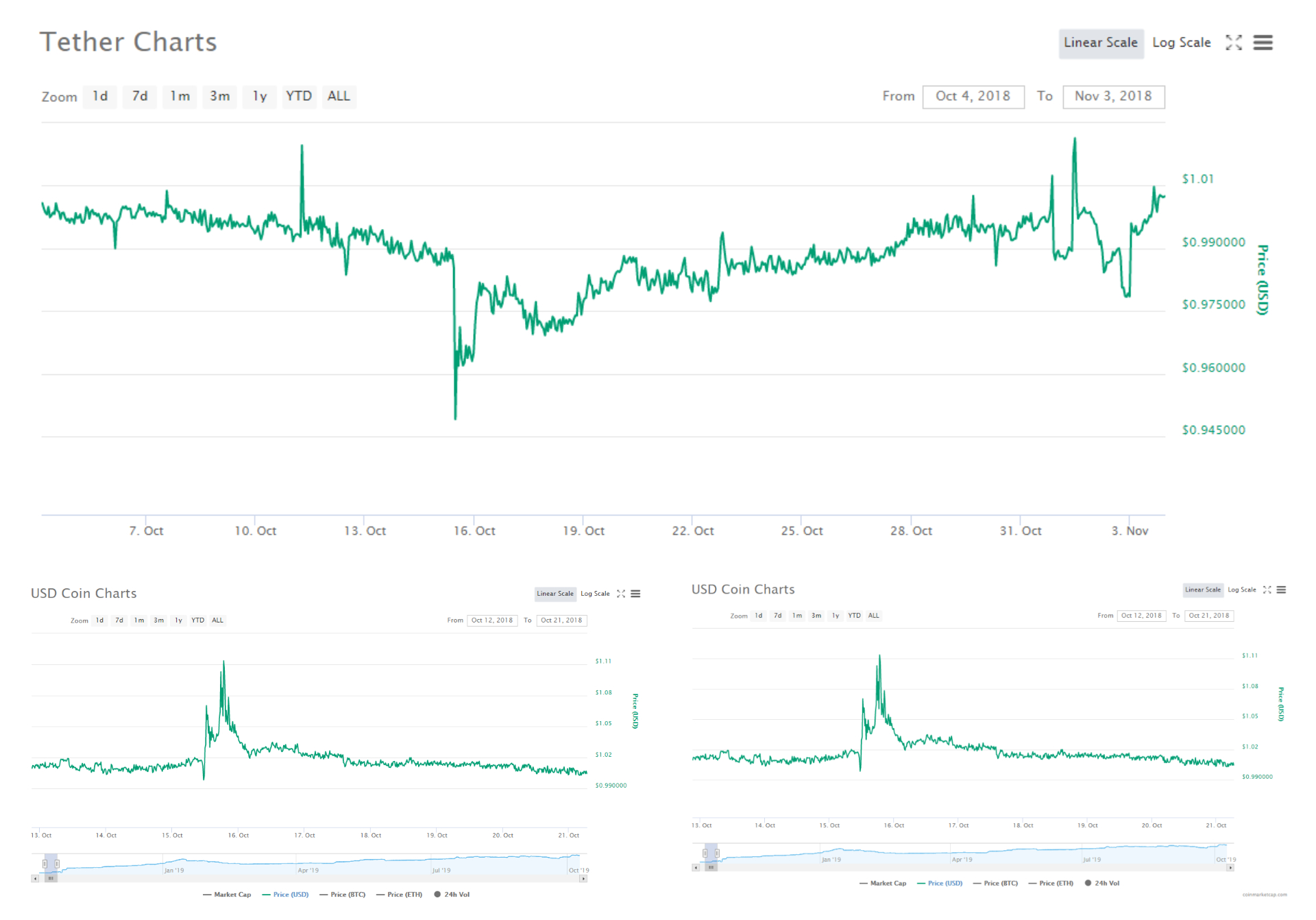 Simultaneously, TrueUSD’s peg rose by 8% [$1.08], while that of USD Coin rose by 11% [$1.11], and this can only be explained by the demand for safer stablecoins considering the grim situation Tether faced.

A Temporal Opportunity for Risk Takers

Cryptocurrency exchanges can be classified into two types: those that provide an off-ramp like Coinbase, and those that don’t like Binance. With the former, price of Bitcoin will face a great depreciation as people head for the exit after Tether’s so-called hypothetical misfortune. However, on exchanges like Binance, buying pressure for Bitcoin would increase as people would head to the next safest asset, which at the time would be Bitcoin, thus pushing the price of BTC higher.

This disparity between the price of BTC on different exchanges would provide a temporary opportunity for arbitrage trading. Risk takers would jump at the opportunity without hesitation, especially with Blockstream’s Liquid sidechain. Another possibility here is that people could switch to other stablecoins, instead of exiting.

If there was ever such an incidence where Tether disappeared, there will be a huge void left behind; Bitcoin and the cryptocurrency ecosystem would be left scarred. However, in light of these events, it would call for other stablecoins to band together to prevent the ecosystem from collapsing. Perhaps, exchanges will develop innovative on/off-ramps that are purpose-built as counter-measures to another event, an event that would avert catastrophe.

Irrespective of how the ruling goes against Tether in the recent class-action, one thing is certain. Tether was an important catalyst in the early days of Bitcoin and plays an important role even now. If the lawsuit goes into discovery, there might be light shed on the much-needed transparency.

Bitcoin’s price may be hurting, but Futures aren’t feeling the pain (for now)