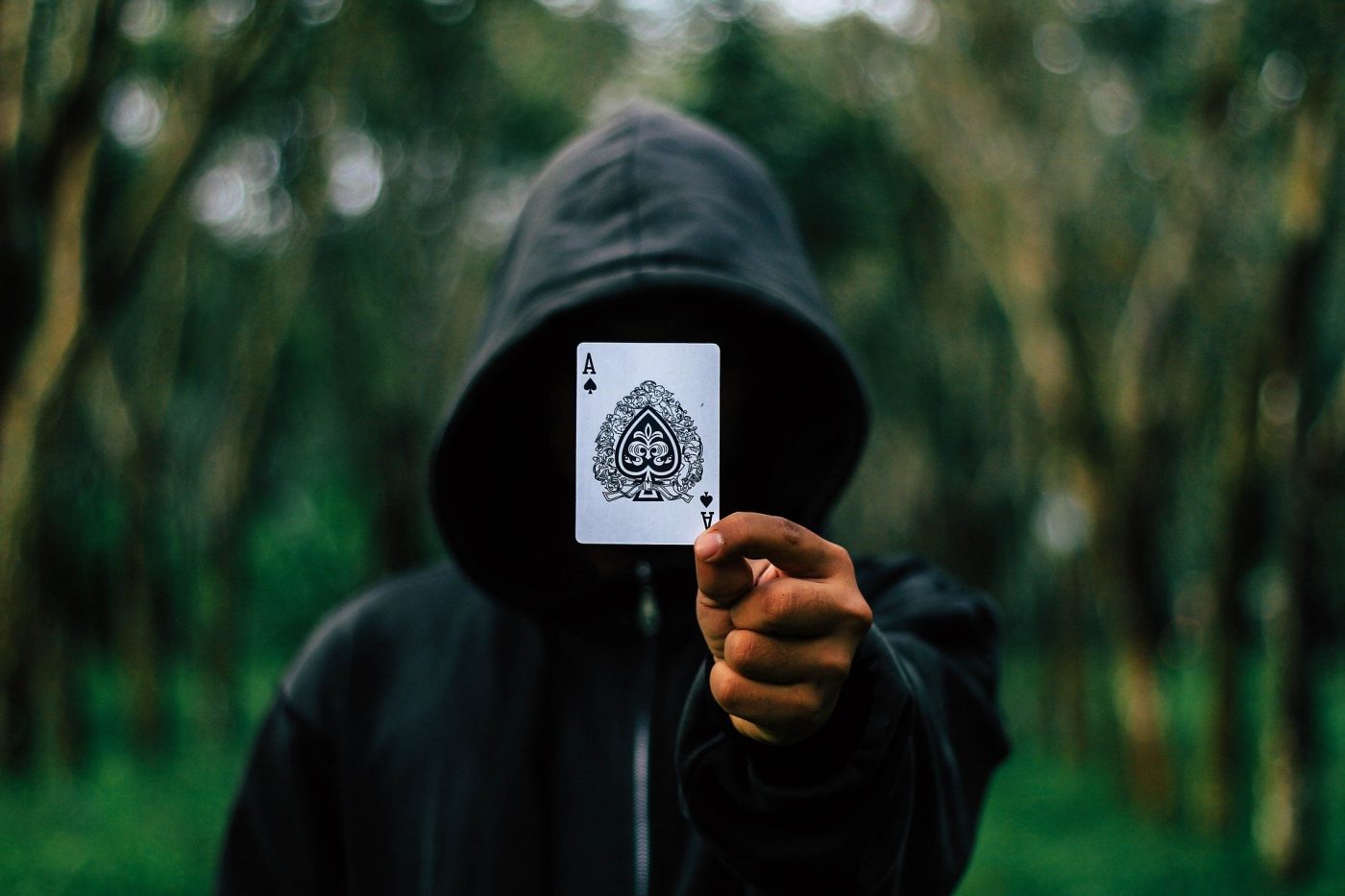 It will be a mistake to take your eyes off Ethereum and the stablecoin network at the moment.

The growth of the latter over the past few days has been widely discussed in the community, a discussion that gained momentum earlier this month after Tether‘s market cap surged to note an incredible valuation of $6 billion.

However, that was two weeks back.

It would seem now that without taking its feet off the pedal, the stablecoin market has continued to build momentum and according to Messari’s Ryan Watkins, things are really looking very different for both Ethereum and Bitcoin. 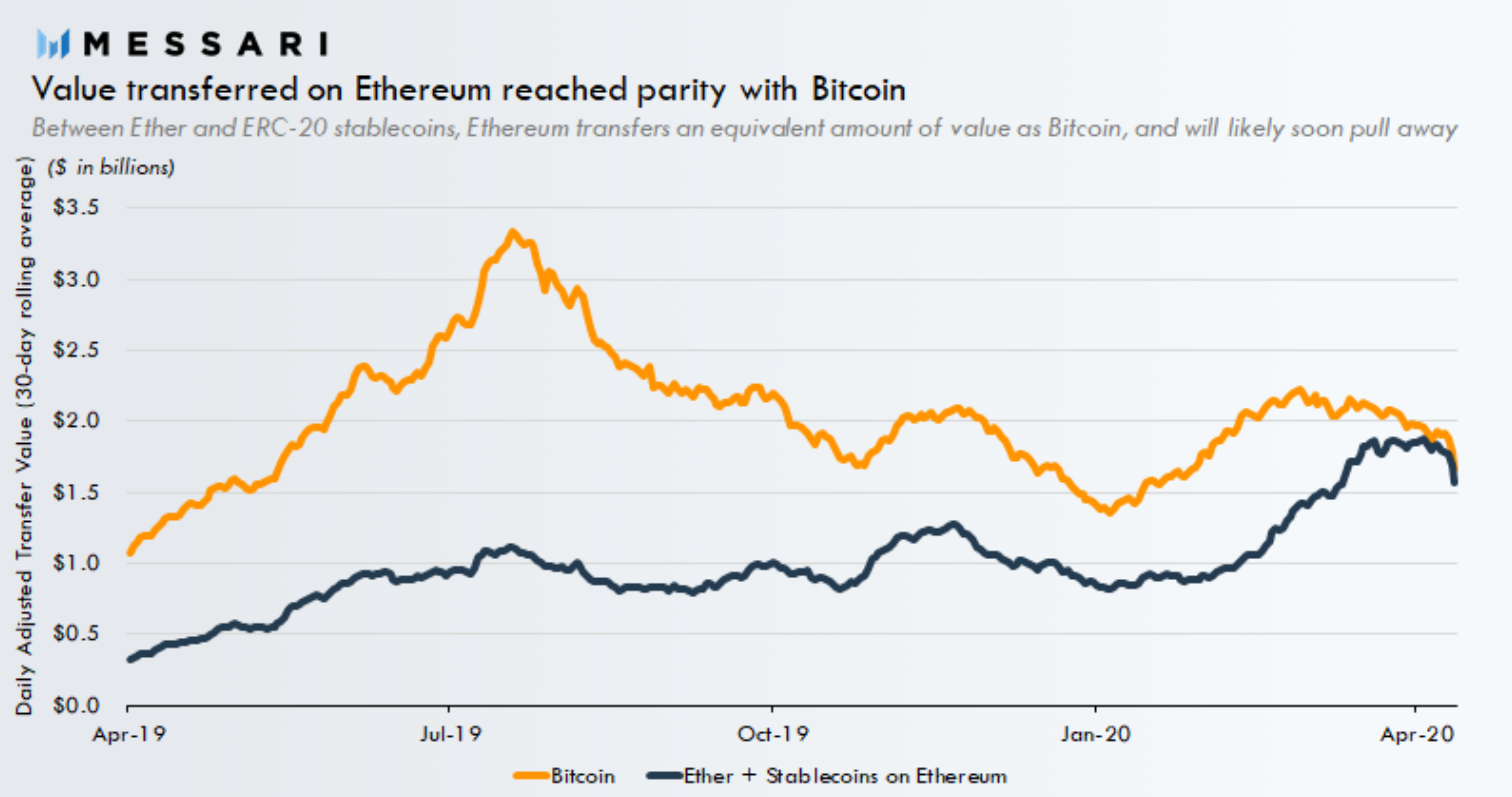 In a recent set of tweets, Watkins, Messari’s Research analyst, highlighted that the daily adjusted value transferred on Ethereum with respect to Bitcoin had reached parity. This indicated that Ethereum is currently moving the same amount of capital as Bitcoin.

This is a major breakthrough from Ethereum’s point of view as back in July 2019, Bitcoin‘s transfer in value was close to $3.3 billion, whereas Ethereum barely managed around $1 billion.

However, it should be noted that the 2nd largest digital asset in the market has been able to go toe-to-toe with Bitcoin only because of the assistance of stablecoins in 2020.

According to Watkins, stablecoins in Q1 of 2020 registered their best quarter in history as the collective market cap of all these crypto-assets went up to $8 billion.  Surprisingly, the market cap value added in Q1 of 2020 even surpassed the figure noted for the entirety of 2019.

For Ethereum, these assets are becoming hugely beneficial because at the time of writing, over 75 percent of all stablecoins were being settled on Ethereum’s network. This may be a pattern since it had been previously reported that throughout 2019, USDT_ETH had radically taken over the control from Bitcoin’s Omni Tether, and Tether itself was converting bulk of its USDT assets onto the Ethereum network. 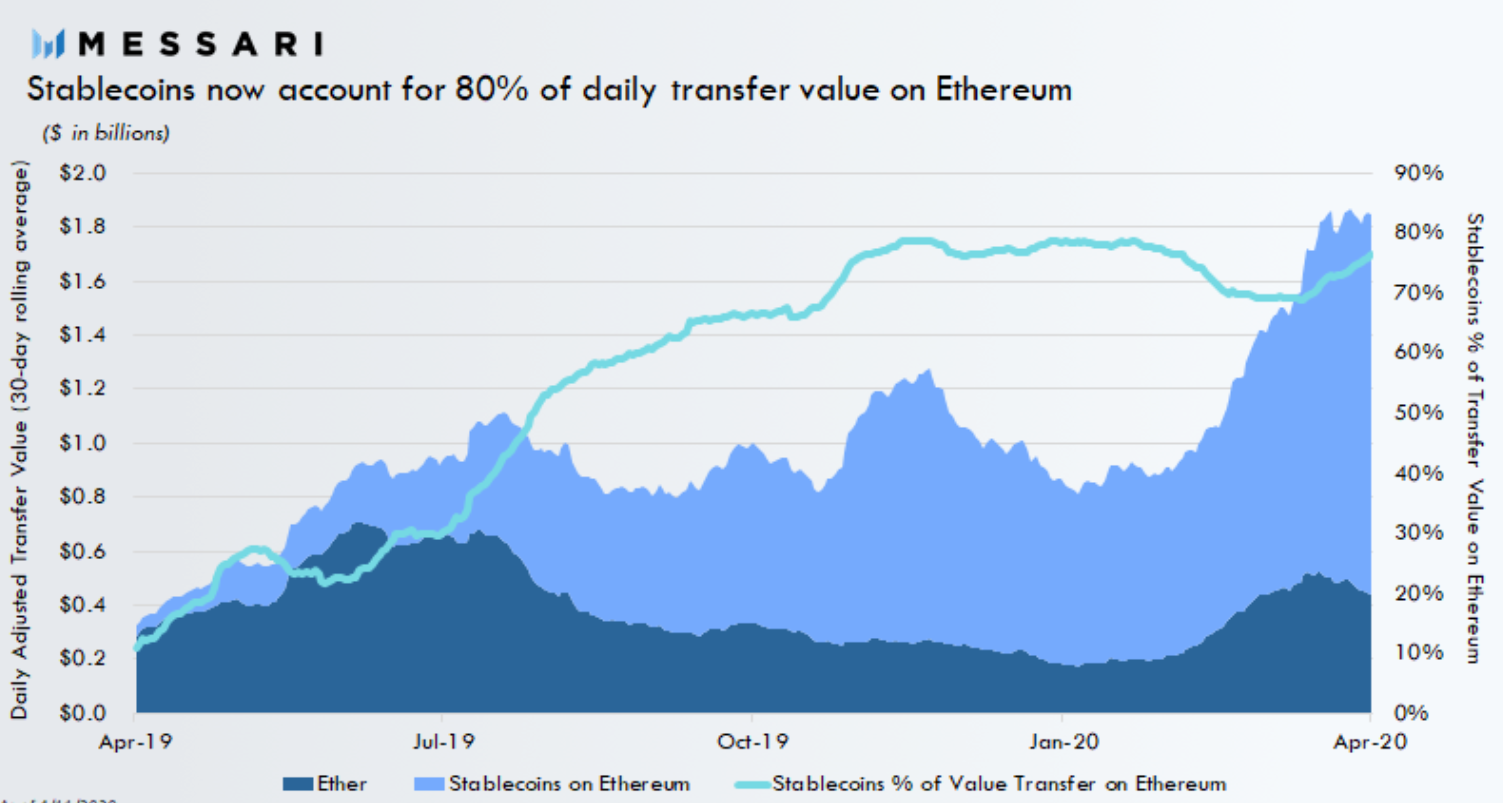 Now, stablecoins are accounting for 80 percent of Ethereum’s daily transfer value and it was also identified that they are being used for comparatively larger values on average, than Bitcoin.

How does it help Ethereum?

Within a fortnight, Ethereum has become the largest stablecoin issuance platform and stablecoin issuers are following the capital/money. The positive implications for Ethereum are immense as the utilization of ETH‘s network may hit new highs over the next few months, if the trend were to continue.

“Stablecoins are on pace to quadruple their growth in 2019, which could bring a flood of new liquidity to Ethereum’s ecosystem and further solidify its position as the dominant stablecoin platform.”

With liquidity being a point of concern in the past, the meteoric rise of stablecoins and Ethereum acting as its base platform could help Ethereum attain a better product-market fit in the industry.

Hence, as the global financial meltdown continues to have a severe effect on traditional markets, Ethereum could claim a major victory over Bitcoin in the next few months.