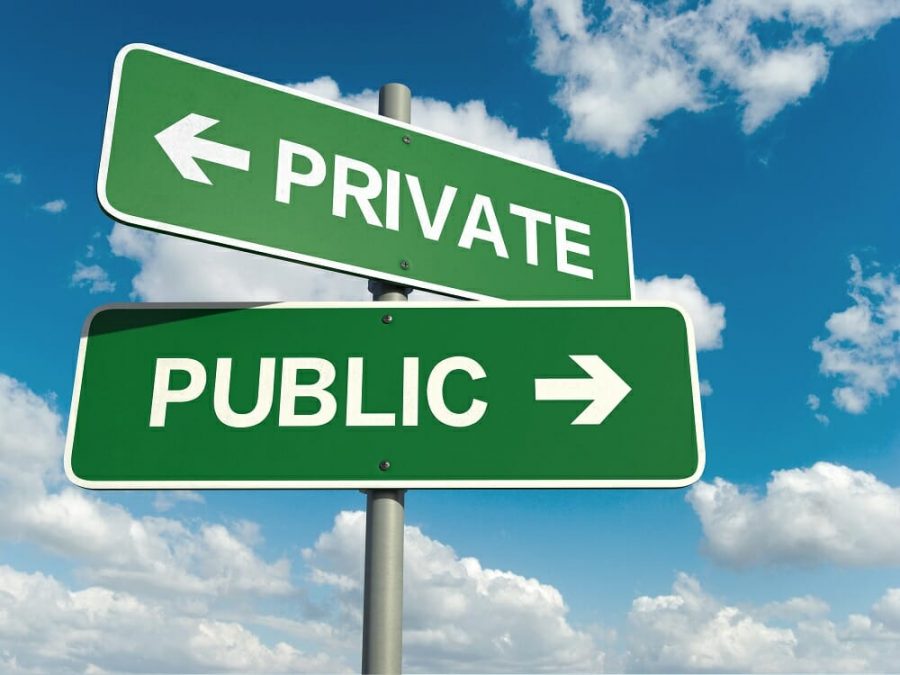 It can be argued that the innovation spurred by Bitcoin and the cryptocurrency market gave rise to Initial Coin Offerings [ICO]. Looked upon as a means to revolutionize the way capital was raised in the ecosystem, ICOs also pushed general people to participate in a particular project. In fact, ICOs’ popularity peaked in 2017, with the year coming to be known as the year of the ICOs.

With time, however, this popularity faded, as multiple fake ICOs emerged. Even though not all projects were fake, it emerged later that nearly 45% of the top 20 ICOs had failed.

However, the lessons of these ICOs remain instrumental, especially with respect to major companies of the cryptocurrency ecosystem that are hinting at conducting an Initial Public Offering [IPO].

ICOs and IPOs differ from each other significantly, like two different generational concepts. On one hand, while IPOs are conducted for well-established companies that are considered “safer” to invest in, on the other hand, ICOs are looked upon as an avenue for young companies, avenues that might come with a *risk warning.*

In fact, according to a report that analyzed 20 ICO projects, 9 out of 20 projects failed, which is 45%. However, 11 were successful, including EOS, a project that, at press time, was ranked eighth in the market with a market capitalization of $1.76 billion.

Since ICOs usually don’t involve parties with years of experience, investment by users will often be based on sentiment [or good faith], while on the other hand, IPOs provide a record of experience in the field, healthy bank accounts, and a business resume.

Alina Kiselevich of Enigma Securities explained this difference between ICOs and IPOs in an interview with AMBCrypto. She said,

“If put simply, Initial Public Offering is a process of distribution of shareholdings to the public though investment, usually only open to established private entities, Initial Coin Offering is, on the other hand, open to everyone who is willing to invest on blockchain, and is a process of crowdfunding for the startup companies, though the intent is the same in both cases.”

The earliest form of IPO can be traced back to publicani during the Roman Republic. IPOs have since evolved to become a more organized, legal, and compliant process. For a company to conduct an IPO, it has to fulfill several requirements like having a minimum earning threshold, a good record, the legal declaration of its intentions to issue public shares, and information about the company to assist potential investors.

Contrarily, ICOs do not fall under any regulatory framework and legal protocols, with many newly formed companies having just a whitepaper to support its project. Similarly, investing in ICOs also has its perks as the only requirement is to have an Internet connection, with investors open to investing in companies in any part of the world. This isn’t the case for IPOs as in its case, there are legal footsteps to be followed to invest in a country abroad.

The stocks acquired by investors during an IPO process resemble their ownership stake in the future revenues of the company. While investing in ICOs does not grant ownership to the investors, but it offers different ways to earn benefits. These benefits could stem from the project’s success and growth of the value of the token it offers.

Even though IPOs appeared to be safer compared to its ICO counterpart, the fate of the company cannot be pre-determined. For example, WeWork, a real estate company providing shared working spaces, had to roll back its idea of conducting an IPO after it ran into financial trouble. The company had filed its IPO paperwork in August but within a month’s time, its valuation was down from $47 billion to $10 billion. Thus, the fate of any company, big or small, new or old, cannot be pre-determined.

When a comparison between ICOs and IPOs was drawn, Alina was of the view that IPOs could be the chosen one.

“When it comes to returns of the investments, IPOs offer a more secure dividends from the company’s profits, whilst ICOs offer tokens at a price that will get higher due to the trust and interest in the project.”

As the ICO wave crashed, the U.S Securities and Exchange Commission [SEC] clamped down on various projects for selling unregistered securities. For example, Kik and Kin, both successful ICO projects, were among several companies to face the wrath of the SEC.

There has been a long-standing discourse surrounding the treatment of digital assets and Ripple Labs Inc. has been at the center of it – with the digital asset XRP. The company had an ongoing class-action lawsuit filed against it by Taylor-Copeland law firm in May 2018 for the sale of unregistered securities. According to a report,

The plaintiff in the case stuck to Howey Test and its criteria that can categorize XRP as a security. However, the validity of the Howey Test has been argued as it did not fall true for digital assets as they remain a novel concept.

There has been a lot of back and forth in the court about the legitimacy of Howey’s test, but Ripple has not managed to quash the case. In a recent turn of events, a United States federal district court even decided to allow a lawsuit alleging that Ripple’s XRP is an unregistered security.

According to Adam Blumberg, the co-founder of Interaxis, Ripple’s tiff with the SEC could play out in multiple ways. Declaring XRP a cryptocurrency would be one easy way out, but what about if it is not? Blumberg posed some important questions,

“…the SEC is having a wrangle with that [Ripple’s ICO] and figure out, “okay, you raised a bunch of money in the public markets using this cryptocurrency that is not at all tied to ownership of ripple,” So does ripple off to give the money back? Do they have to convert every XRP to a share? They’re not, they’re not quite sure how to get over this because it’s been out there for years already.”

Davos becomes a prime spot once every year when the big shots of the world of finance and politics gather for the World Economic Forum. The summit has its own set of critics, but as January begins, all heads turn to the summit to hear from the horse’s mouth the measures for development taken in the field and the trends to follow.

One name among the guest list was Ripple CEO Brad Garlinghouse. In a talk with WEF, Garlinghouse had opined that the upcoming trend in the industry could be of IPOs. He had also claimed that Ripple might not be the first to do it, but won’t be last either. He stated,

Thus began the speculation of Ripple’s IPO in the crypto-market. However, according to the co-founder of Interaxis, Adam Blumberg, Ripple has already, in a manner, conducted an IPO of its own.

In an exclusive interview with AMBCrypto, Blumberg noted,

However, before Ripple jumps on the IPO train, it will have to settle this case with the SEC and prove that XRP is a crypto and not a security. If Ripple is able to play that out, the IPO of this crypto-giant will be interesting and according to Enigma Securities’ Alina Kiselevich, might impact XRP.

“Some crypto analysts say that IPO could have a great impact for Ripple. They are planning to be on the leading side and predict more IPOs in the crypto space. But Ripple going public has potential implications for the fate of altcoin XRP.”

Ripple’s IPO has been raising the same question in most people’s minds and even Blumberg’s mind, “What about XRP?” However, Blumberg believes that the only way a crypto-company could conduct an IPO is if they are profitable first, otherwise it could be conceived similarly to an ICO – where you raise money on the future prospects of a company.

Talking about successful companies in crypto, Blumberg gave the example of Coinbase, a multi-billion dollar company that can conduct an IPO in theory as they suffice the requirements laid down by SEC. Blumberg claimed,

A profitable crypto-company may benefit out of an IPO as a means to raise capital quickly and may open it to a large set of investors. However, according to Alina, the crypto-space is not the one to follow a trend that is getting older with time.

Any crypto-company conducting an IPO will be able to pave the basic understanding of crypto into the mainstream. However, at the end of the day, the investors holding a company’s coins or stocks perceive that the project reaching them must be vetted by the SEC. The moment technology and risks set in, investors become wary.

An IPO does provide the security offered by the company’s history, and legal barriers do make it easier for investors to be part of the project, but the same cannot be said for ICOs due to its decentralized nature.

However, the variety of products and services offered by the crypto-space could be a cumulative functioning of five to six different industries; thus, an IPO could drive adoption and attention from the mainstream, but at the same time, unpopular projects might have to either drop the plan or prove their worth.

Bitcoin surges by 6.44% in an hour after 225M stablecoins get minted