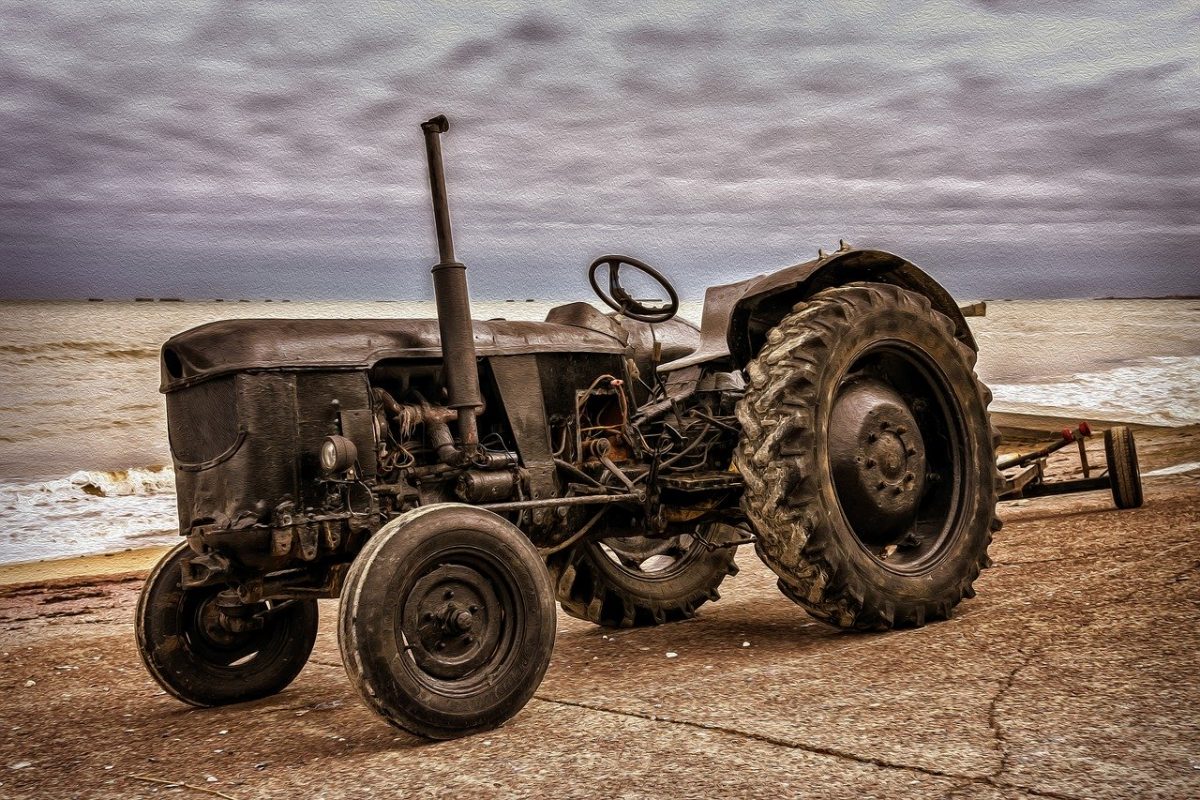 FinCEN files found a link between the infamous Mt. Gox and Mayzus Financial Services and contained 36 SARs and leveled allegations of money laundering at MFS. With the stock market seeing red in the backdrop, the crypto space also bled as some assets saw double-digit percentage point losses. Polkadot, Tezos, and BAT have been in a bearish trend before Monday’s drop and could continue to move south over the next few days. 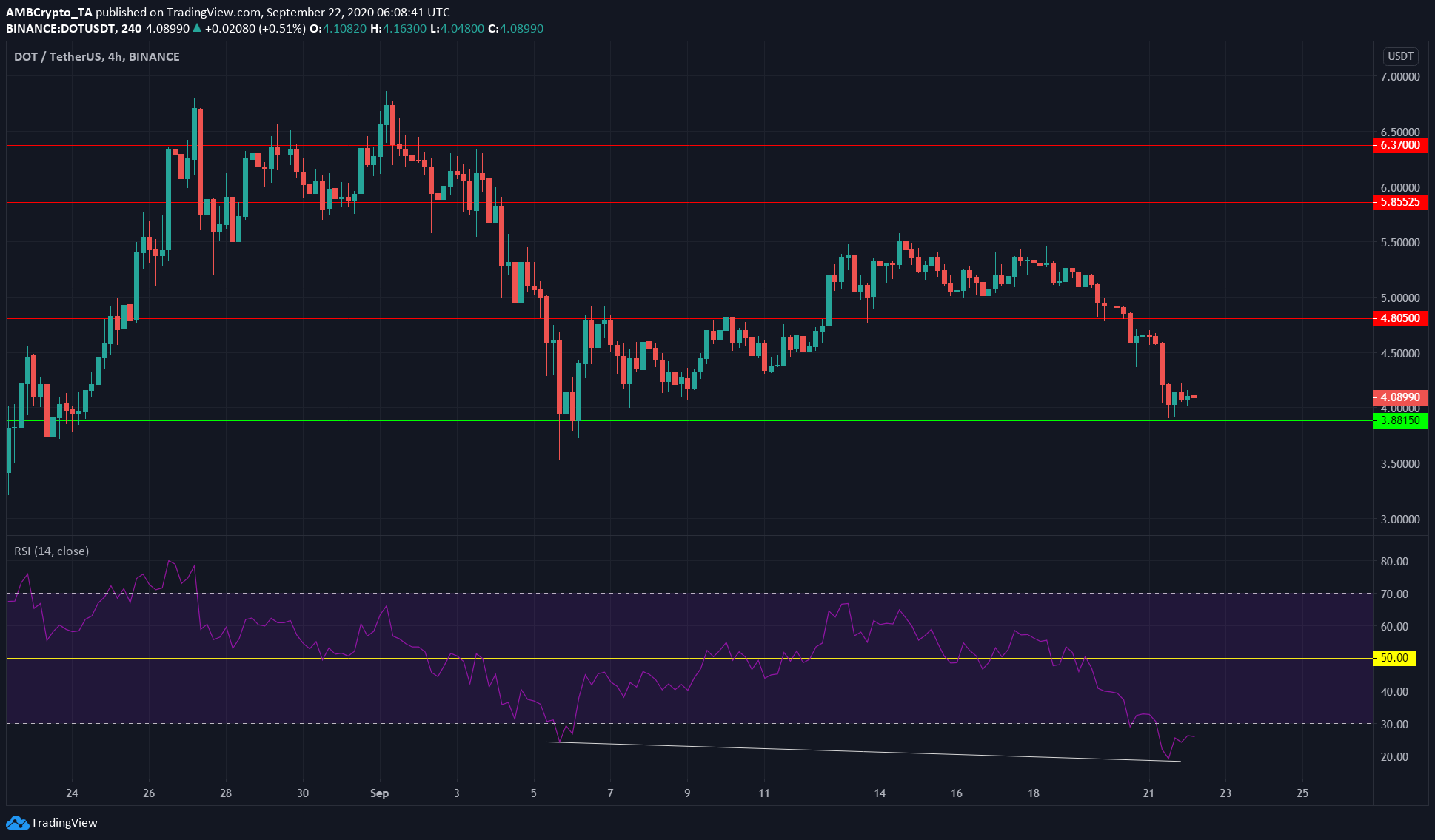 Polkadot had shown signs that the support at $4.8 might not hold, and this proved to be the case.

RSI was in the oversold territory with a value of 26. It is possible that DOT bounces off support at $3.88 before another drop.

However, $3.9 is a strong demand zone and bears might be unable to push price beneath it. RSI can be seen to form lower lows, while the price has closed at a higher low since 5th September, a bullish divergence that suggested an imminent bounce.

Polkadot held rank 6 on CoinMarketCap, with a capitalization of $3.48 billion. 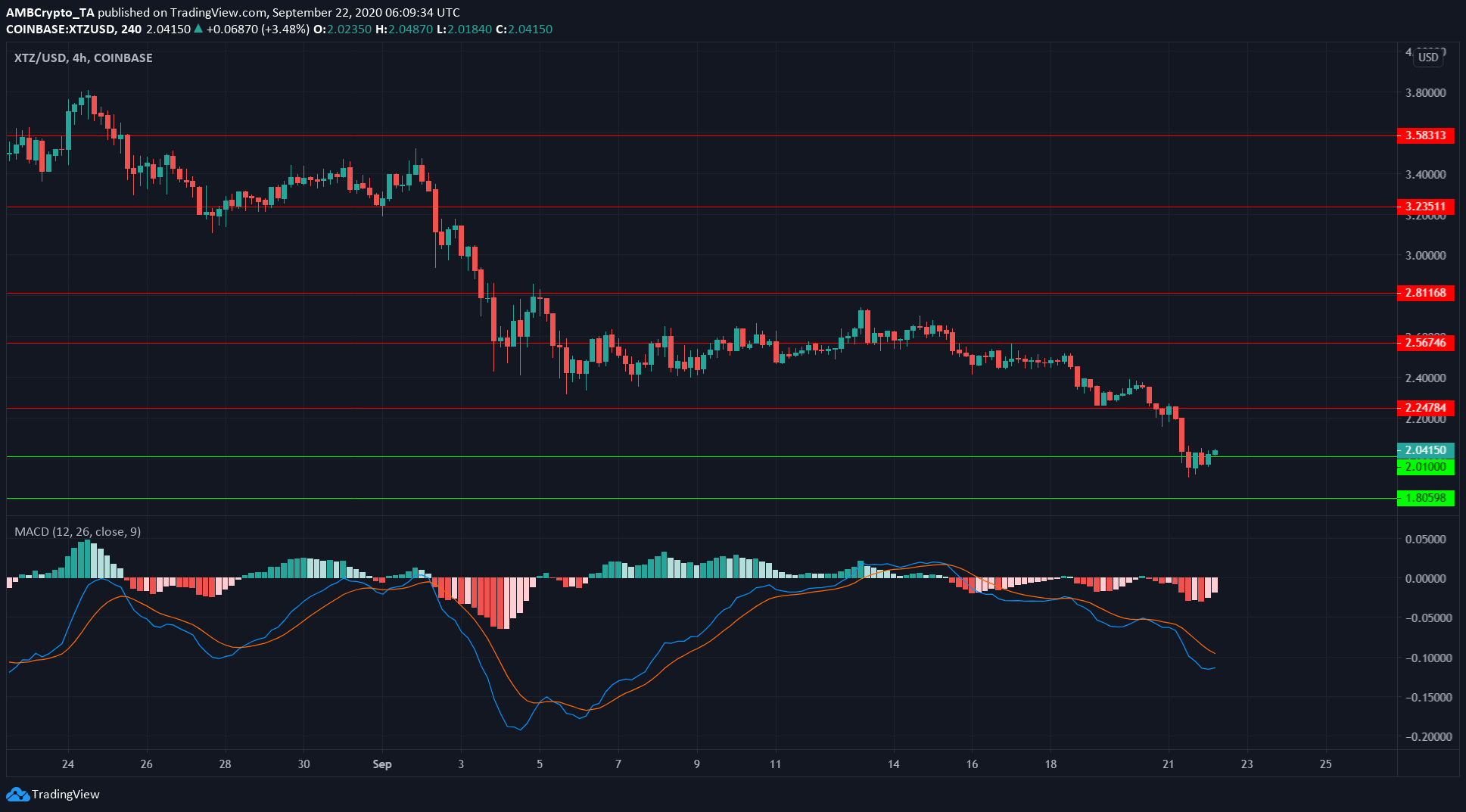 XTZ has been forming lower highs since setting ATH in August. The MACD registered a bearish crossover when the price was at $2.63 a week ago, and XTZ has been sliding downward since.

Tezos had a level of support in the $2 region, and another in the $1.8 region. It is likely that XTZ visits both levels in the coming days. 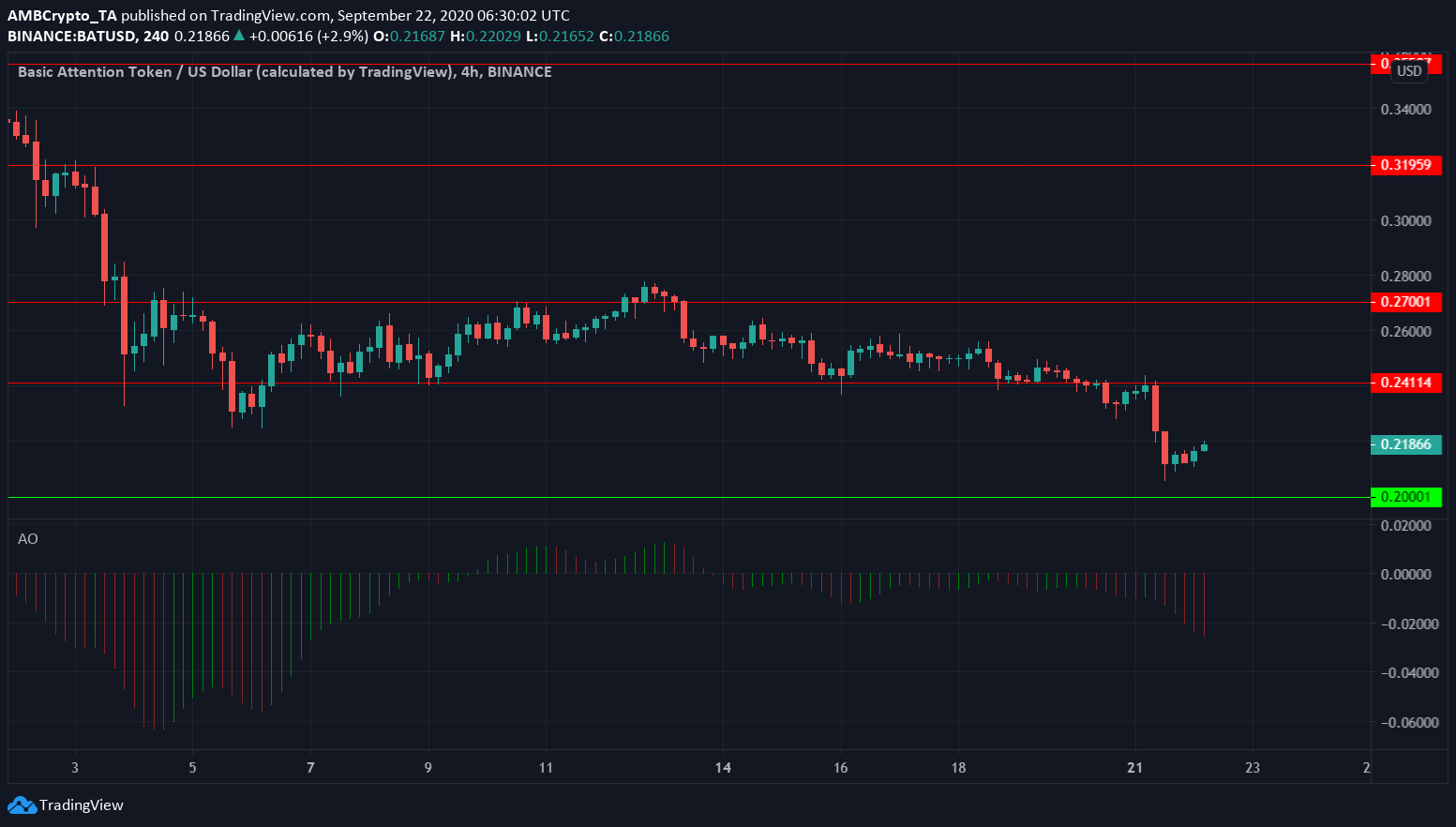 Basic Attention Token has been seeing bearish momentum in the past ten days, and it strengthened dramatically over the weekend. Awesome Oscillator showed momentum was strongly in favor of the bears.

The bulls have struggled to wrest control of the market, but have been overwhelmed by selling pressure on every attempt since late-August.

BAT is likely to head further south and the next level of support for the asset lies at $0.2.

47% of existing Bitcoin contracts set to expire this Friday: What will change?

US authorities seize $1.6 million in crypto from darknet criminals