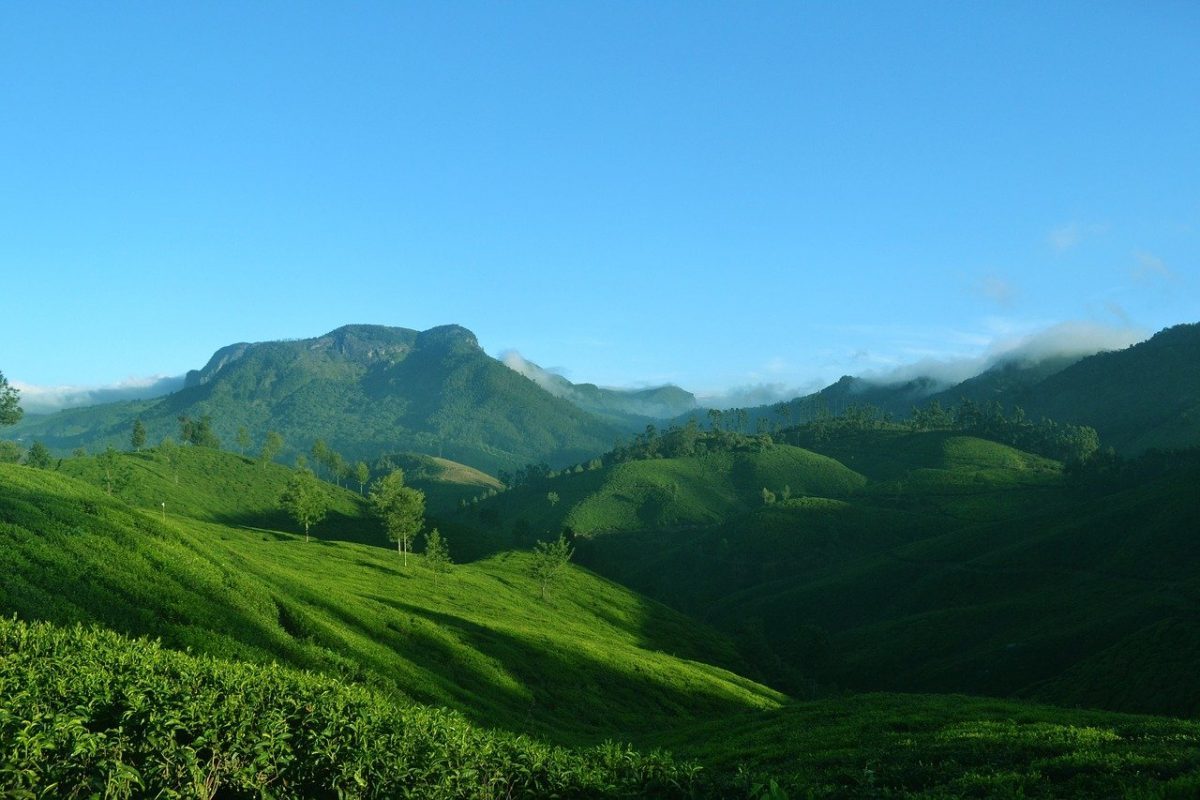 The altcoin market, in general, appeared to follow the movement of Bitcoin, with the latter trading at $11,348, at press time.

Polkadot formed a bullish pattern and could break out to test the next level of resistance. EOS was in a short-term uptrend, but it was unclear if buyers’ interest would facilitate the coin’s recovery. Further down the crypto-ladder, Vechain bounced off a level of support but was still dancing to bearish tunes as it showed no signs of stalling or reversing its prior downtrend. 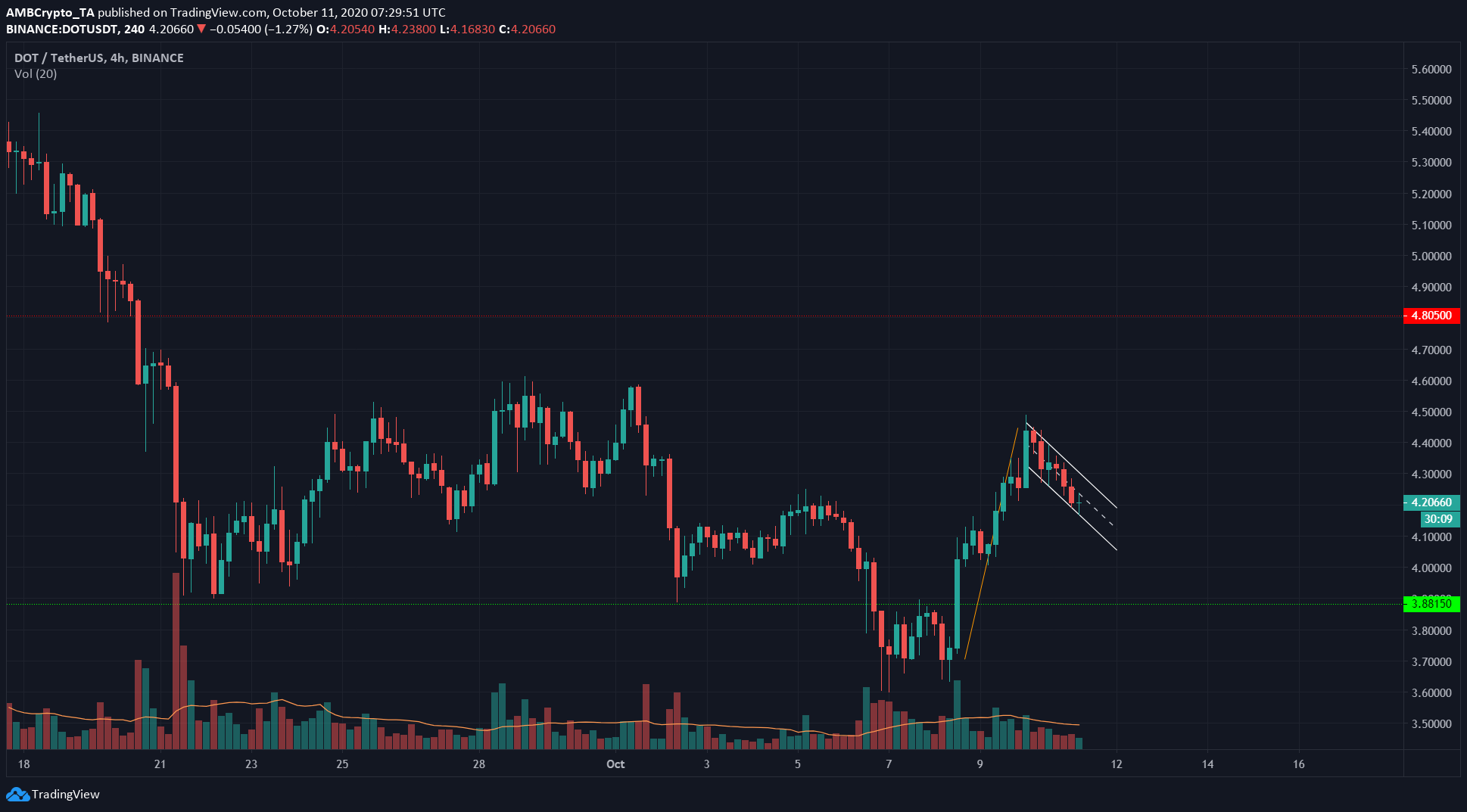 Polkadot formed a bull flag. A session close above the flag would confirm a breakout to the resistance at $4.8, while a close beneath the flag would invalidate the setup.

The crypto-asset had been trending downwards previously, but appeared to hit a bottom at $3.7, with DOT rebounding strongly since.

The crypto-asset was in the news recently after it was announced that KuCoin Futures would launch USDT-margined DOT perpetual futures with up to 50x leverage. 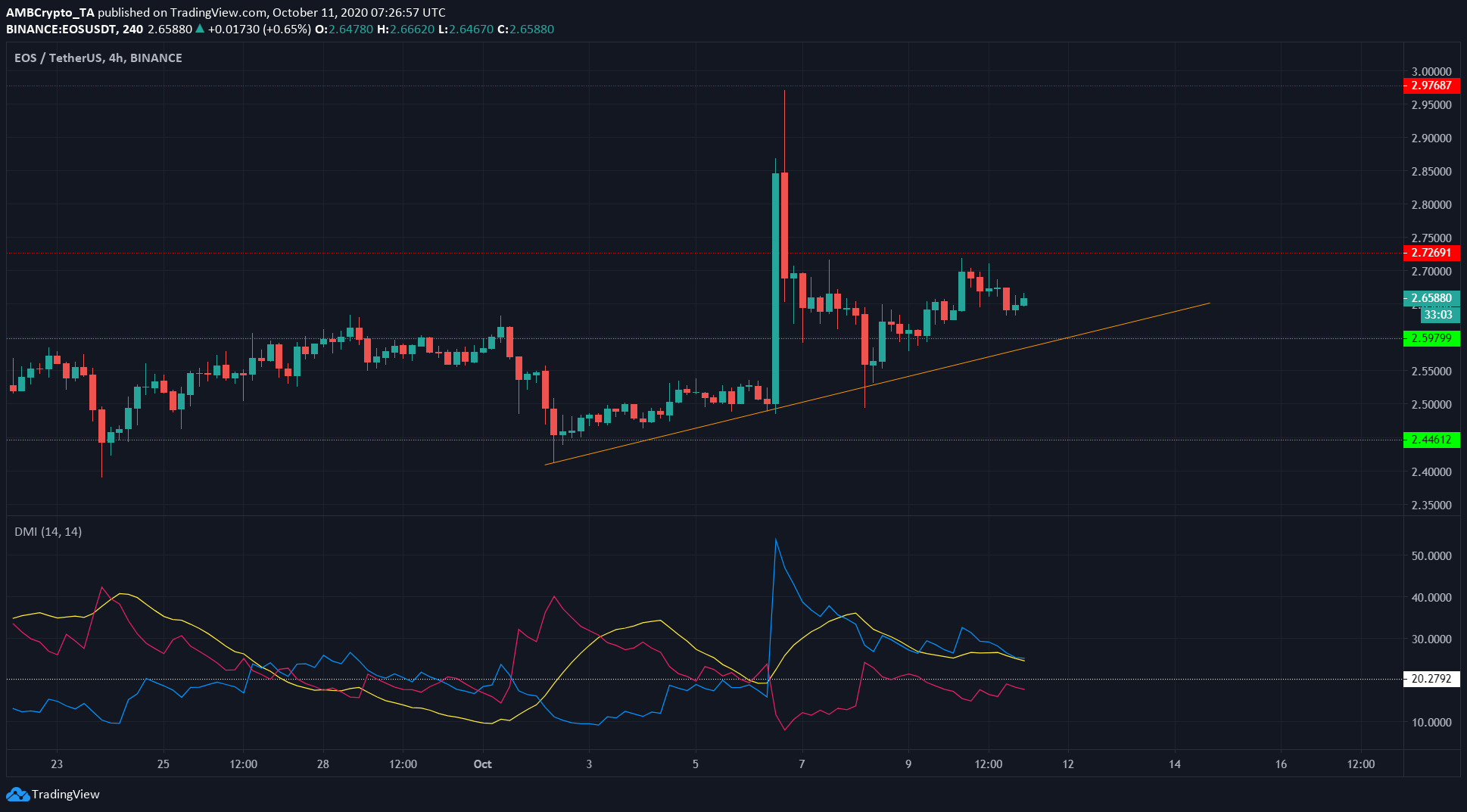 EOS appeared to be trending lower, but it burst out of its slump on the back of the Google Cloud news. The crypto’s price has been forming higher lows since, and the Directional Movement Index showed that a strong bullish trend was in play.

However, it remained to be seen if the uptrend had further legs. $2.59 would be an important level. If the price does not close beneath either the trendline support or the support at $2.59 in the next few days and went on to make higher lows, it would indicate that EOS would rise to test the $2.72 resistance level. 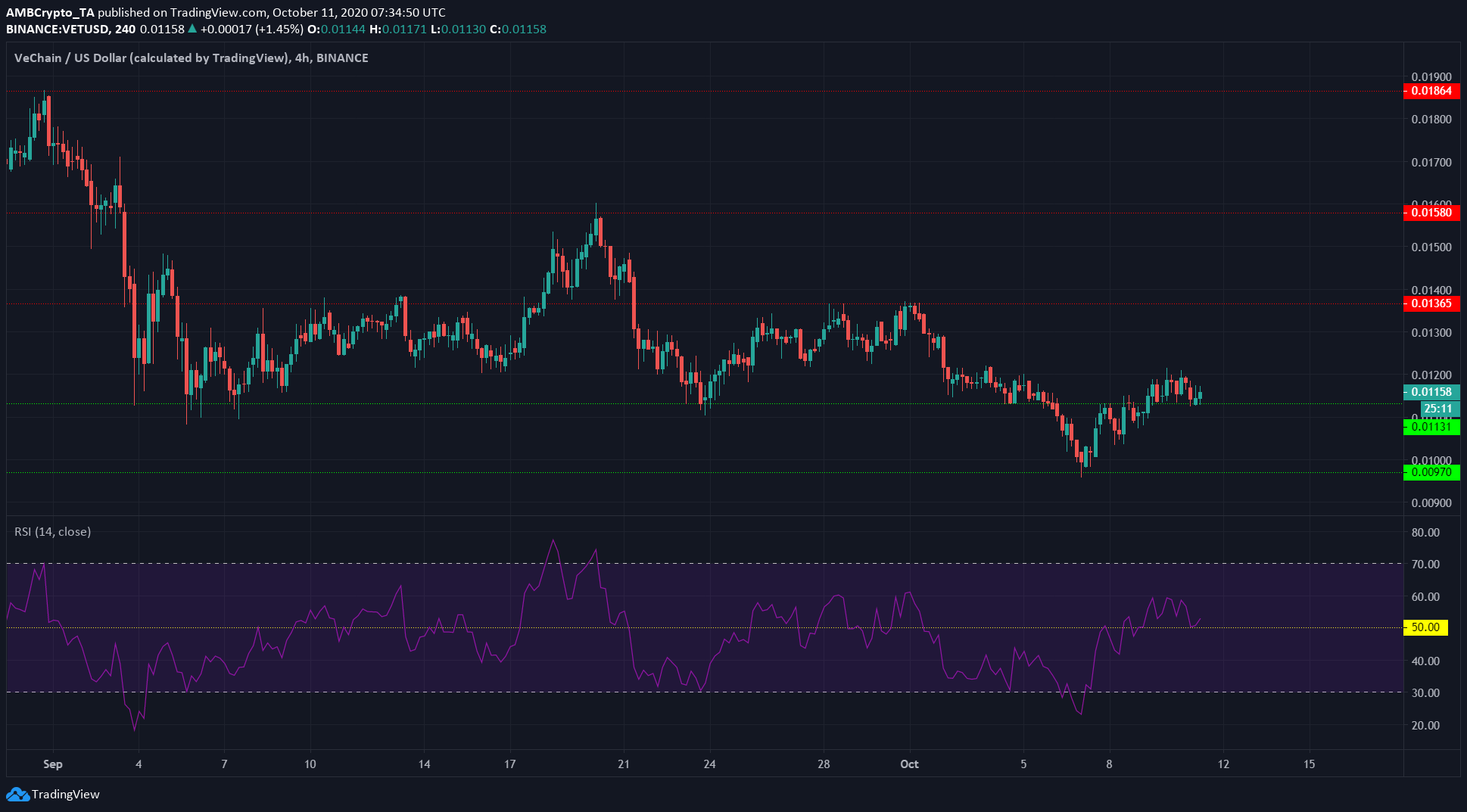 VeChain was able to bounce off the level of support at $0.0097. However, it can’t be said to be trending higher. It was trading just above its support at $0.011, a level it previously bounced off of to reach $0.013.

This time, with the persistent bear trend of the VET market, this bounce could be another opportunity for short-sellers.

The RSI was at 52 and had reached a high of 60 recently. There was no sign of trend reversal on the RSI either. The path of least resistance for VET was to the downside.

In related news, the VeChain Financial Executive Report was released recently, one that outlined the Vechain Foundation’s expenditure and ecosystem developments, among other things.

Bitcoin effect: Here’s what a lot of traders are doing