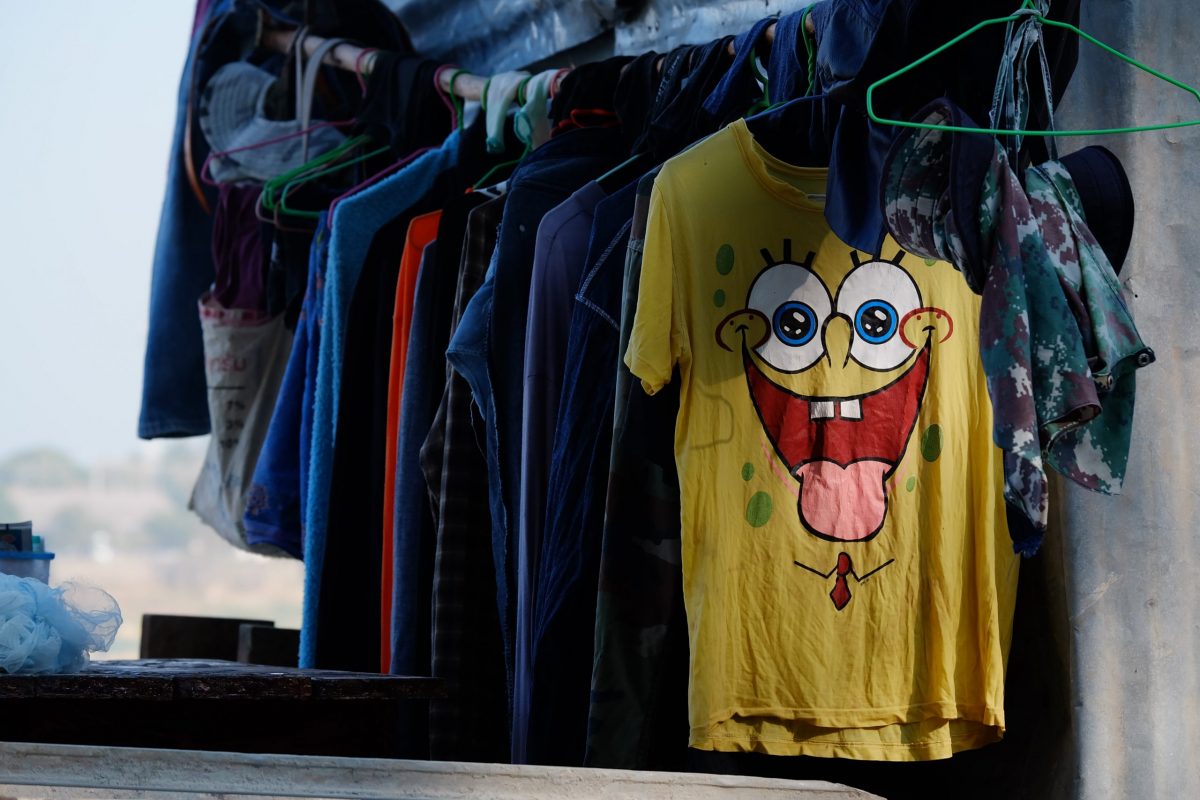 This past week, over 231,000 Bitcoin [~$2.54 billion] and 3.5 million Ether [~$1.05 billion] acquiring profit of over 25 percent were sent, according to the latest market intel report by blockchain analytics firm Chainalysis.

This is a bullish market, one where the king coin is priced at over $11,500 (Its highest price since August 2019) and up by over 70 percent year-to-date, while recouping over 200 percent of its value since falling to $3,800 in March 2020. The same market also saw Ethereum surging to a two-year high. Thus the question arises – can the market absorb such a sell-off?

First off, the realization of profit is only natural. If any asset typically surges by 25 percent, investors, who aren’t ‘typical hodlers,’ generally look to liquidate their holdings. Some reinvest it back in the asset which saw them achieve such gains, while others diversify or spend. Either way, the report does not mention what course this ‘sell-off’ has taken i.e. either reinvesting, diversification, or another route, but only mentions that a sell-off has ensued.

It should also be noted here that the report says that the respective cryptocurrencies were “sent,” but does not mention a destination for the same. Since the report states that this ‘sending’ of Bitcoin and Ethereum was to “realize the gains,” it is likely that the cryptocurrencies were sent for liquidation, either through exchanges or other avenues. Adhering to the same, data from Chainalysis revealed that Bitcoin inflow into exchanges was 7.4 million BTC in August, above the 90-day average.

This surge to liquidate holdings is similar to the levels of February 2020, a time when Bitcoin surged over $10,000 for the first time in the calendar year. However, a month after this move up, it dropped below $4,000, more so due to the stock market crash and its aftereffects on the Bitcoin market. The report added that the drop between the $10,000 surge and the mid-March crash was due to ‘market absorption.’

“This is a similar amount as was sent in mid-February 2020 when prices were last sustained at current levels. Prices fell after mid-February, likely, in part, as the market absorbed this extra supply.”

Given this historic data and the fact that the price had not over risen over its February 2020 levels, but is now sustaining above it, the concern is will the market absorb such an excessive supply? Looking back at 2017, the report stated that the amount of ‘profit-taking’ in the Bitcoin markets, based on the price surge, is “relatively low.”

Compared to Bitcoin’s previous five-figures surges, in December 2017 and July 2019, a larger amount of Bitcoin could be sold to maintain the price, however, the market is not at such a level of demand yet. 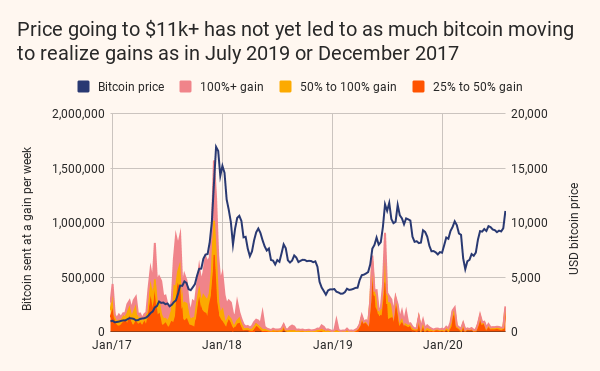 Such was the case a week ago when the price dropped just after going above $12,000. Now that the price has survived this drop, and has been trading over $11,500 for a week since, a new level will have to be discovered, one which could push the prices down. At that level, if the hodlers are outnumbered, a rush to liquidate will resume and market absorption will again come into play.