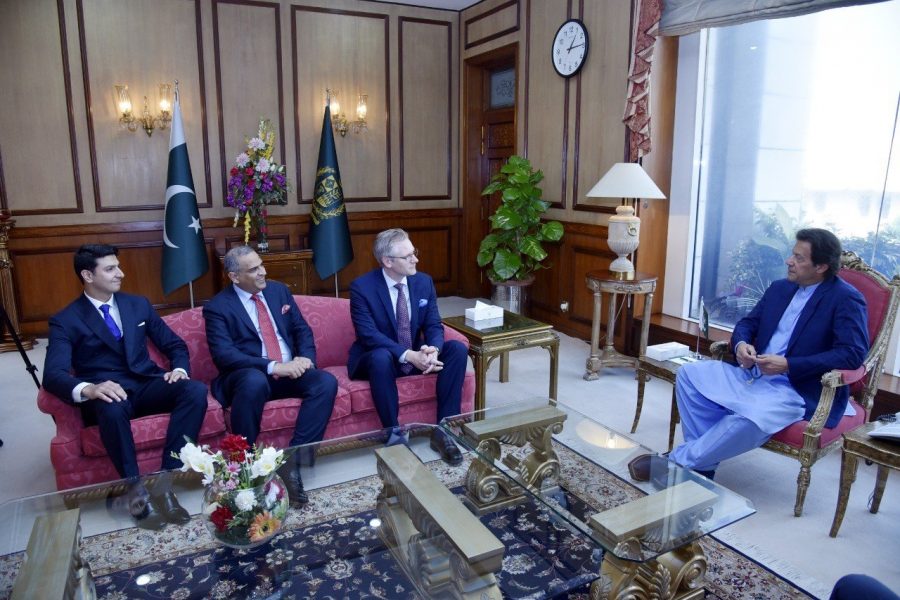 American money transfer company, MoneyGram, sat down with the Prime Minister of Pakistan, Imran Khan, to discuss the expansion of its business in the country. The delegation was led by the CEO of MoneyGram, William Alexander Holmes, according to reports. Recently, Pakistan’s Faysal bank had partnered with MoneyGram partner, Ripple, to facilitate cross-border payments, and during this meeting, Holmes had claimed that there is enormous interest in increasing the volume of its remittance management business in the country.

“We talked a lot about how we can help so that business environment continues to improve, how we can attract more direct investment, more openness for trade and commerce, e-commerce and encouragement of legal flow of remittances.”

The Prime Minister assured the team that the government will provide the required aid for MoneyGram’s expansion business, while also assisting citizens abroad in sending money home. He also highlighted the significant rise in home remittances during the present fiscal year.

According to another report, the company intends to increase the volume of its remittance management business from $600 million to $1 billion by 2020. Holmes said in an interview that the company will be investing “at least a million-dollars in Pakistan next year to support the legal flow of funds in and out of Pakistan.” Additionally, he promised to make more investments once the $1 billion business target is achieved.

Addressing the question of money laundering, Holmes lauded Pakistan’s efforts in combating it and added that many countries have been stepping up to improve the quality of the flow of funds. With the vision of the government in line, MoneyGram claimed to be reciprocating the efforts towards financial inclusion, while encouraging emigrants to utilize formal channels for transactions.

Ripple’s strategic partnership with MoneyGram has made it the company’s key partner for cross-border payments and foreign exchange settlements using XRP. With MoneyGram’s intentions to expand in Pakistan, Ripple could lead the remittance project, while bringing in more adoption for its remittance platform.