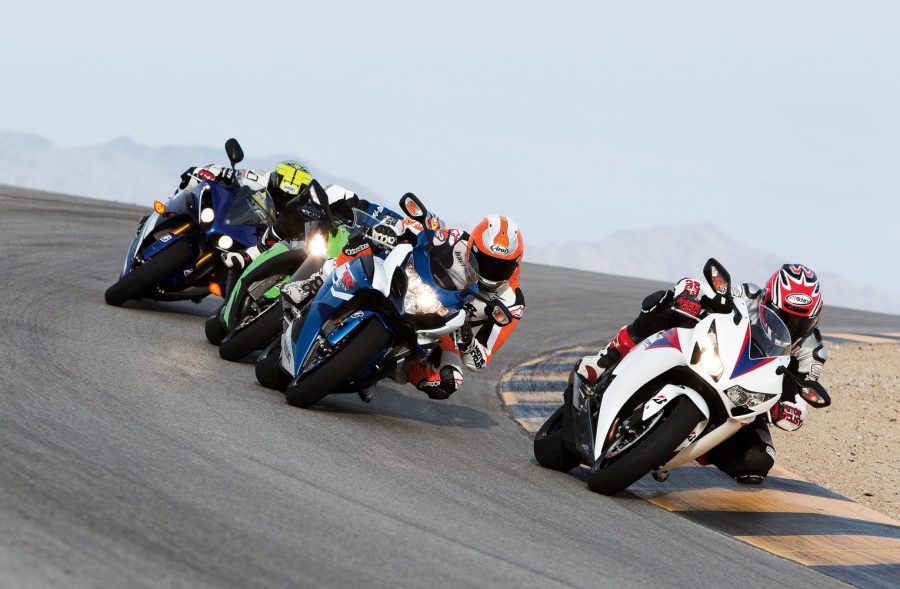 With figures amounting to less than half, not many Bitcoin wallets have implemented the backward compatible upgrade, SegWit, even after two years of its official release. Just two weeks ago, Bitcoin’s transactions had soared to an all-time high with respect to SegWit, with 48.1% of all BTC payments leveraging the upgrade. Previously, the SegWit adoption rate had stalled, with only around 40% of all BTC transactions leveraging the upgrade between January 2018 and April 2019.

The latest data from the Block explorer site, Blockchair, exhibited a higher degree of Litecoin SegWit usage, over that of Bitcoin. While usage of the upgrade which was activated in April 2017 accounted for 55% of the total Litecoin transactions as of August 9, Bitcoin recorded a lower adoption rate with only 36%. 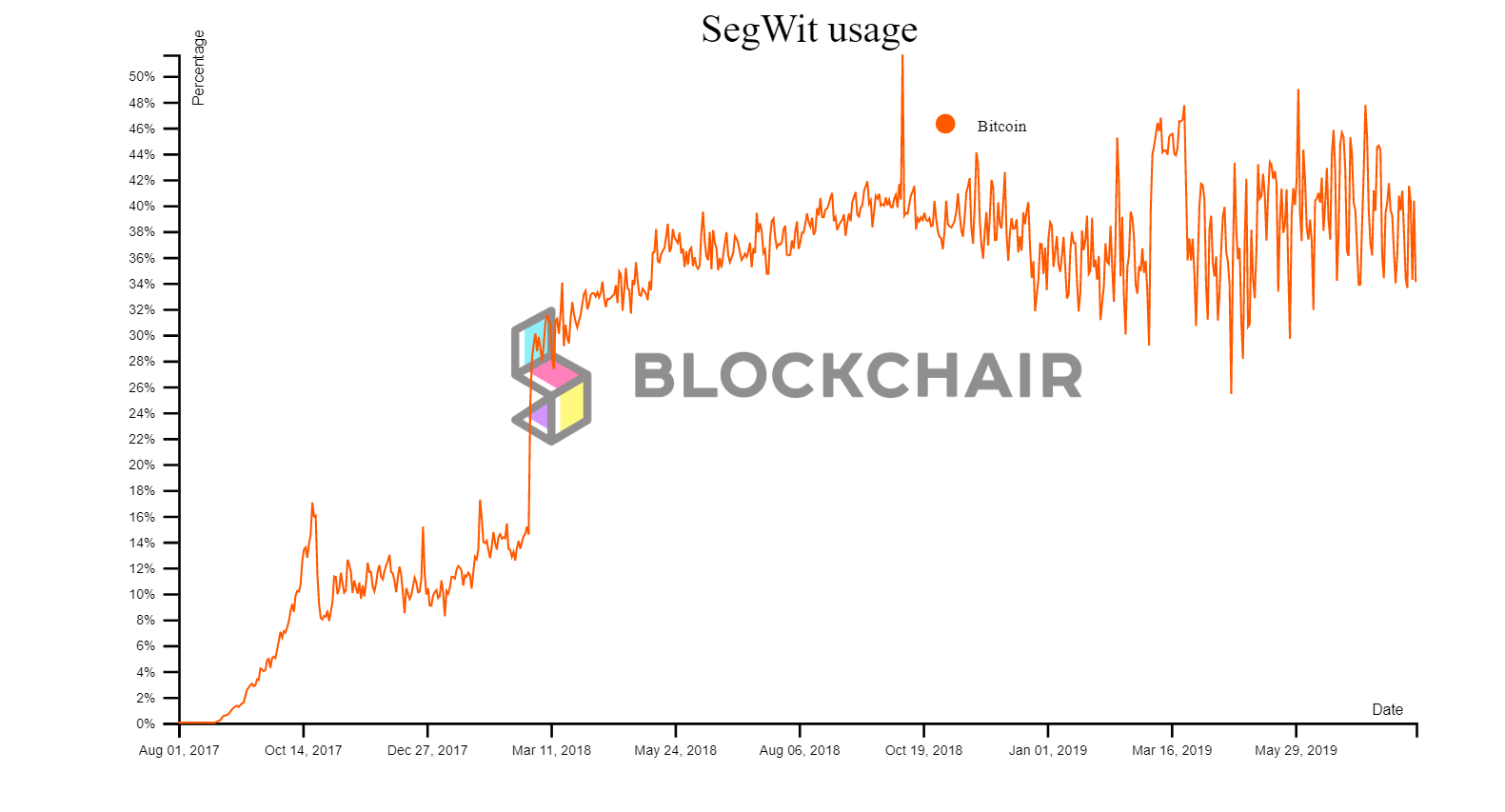 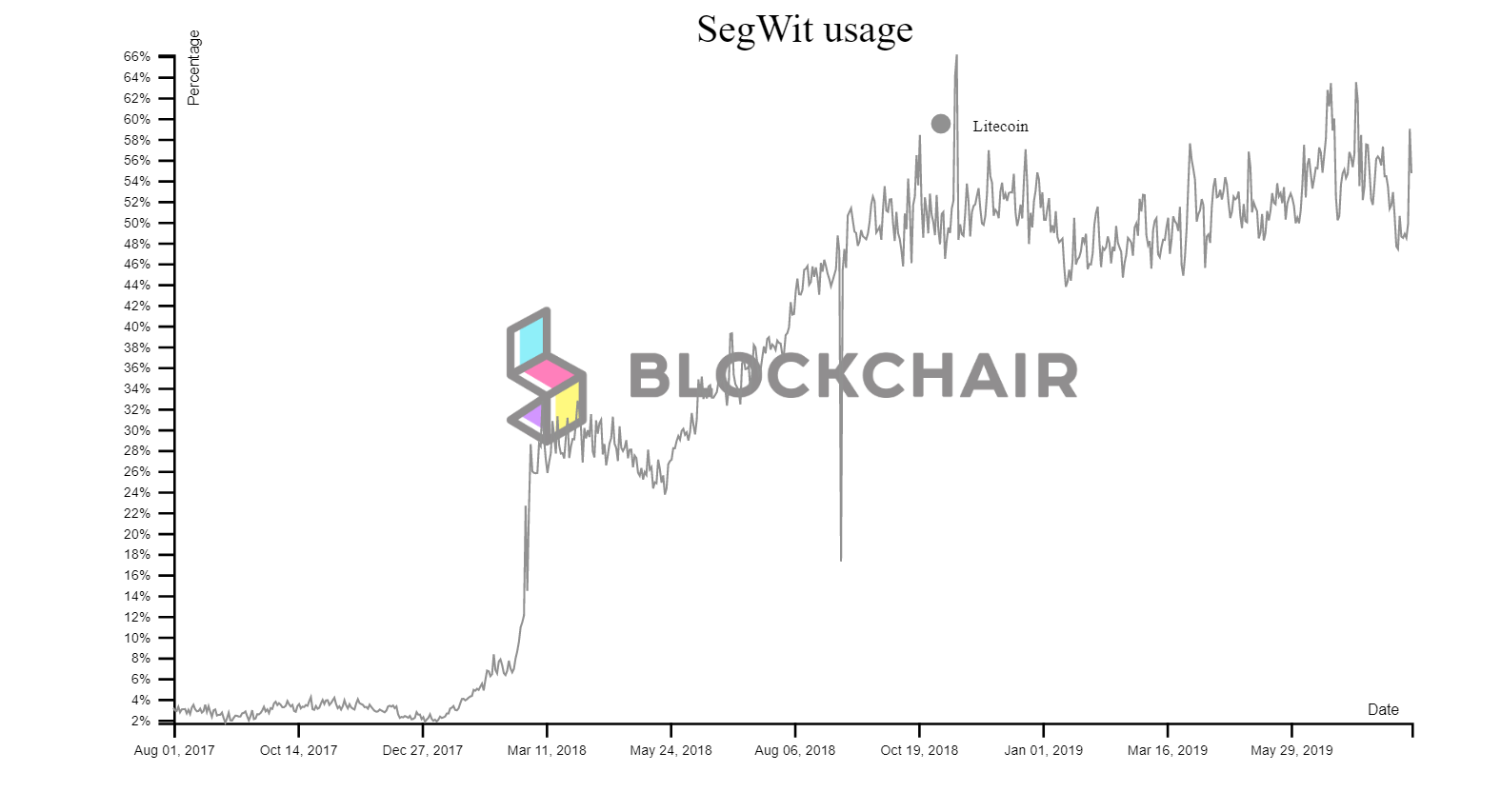 After months of stagnant price movement, LTC appreciated significantly following the upgrade in April 2017, as depicted by BitInfoCharts below.

As Charlie Lee envisioned, SegWit managed to increase the “value proposition” of Litecoin, opening new avenues to many technological innovations on the network. This eventually led the way for Bitcoin to deploy SegWit a couple of months later.

Hiccups along the way

Looking into the brief history of the low rates of Segregated Witnesses or SegWit adoption in Bitcoin, in what was touted to be a game-changing scaling upgrade, it can be found that the same may be attributed to an extent, to reluctant miners.

Litecoin, modeled closely on Bitcoin, always enjoyed its position in terms of the developments on its network. Bitcoin, enjoying a great number of block miners, failed to acquire the initial support required to activate SegWit. While Litecoin needed 75% approval, Bitcoin’s SegWit activation threshold required a staggering 95% support from network miners.

The backward-compatible nature of the upgrade, otherwise known as a soft fork, enabled network participants to voluntarily opt for SegWit. Non-upgraded users can continue using their existing full node software without much hassle. Hence, big crypto platforms did not prioritize the switch to the soft fork upgrade, as they already had a huge customer base and did not mind paying high fees.

A key takeaway from the above is that crypto-platforms prioritized SegWit implementation when high transaction fees were prevalent.

Related Topics:Bitcoin minersSegregated Witness
Up Next