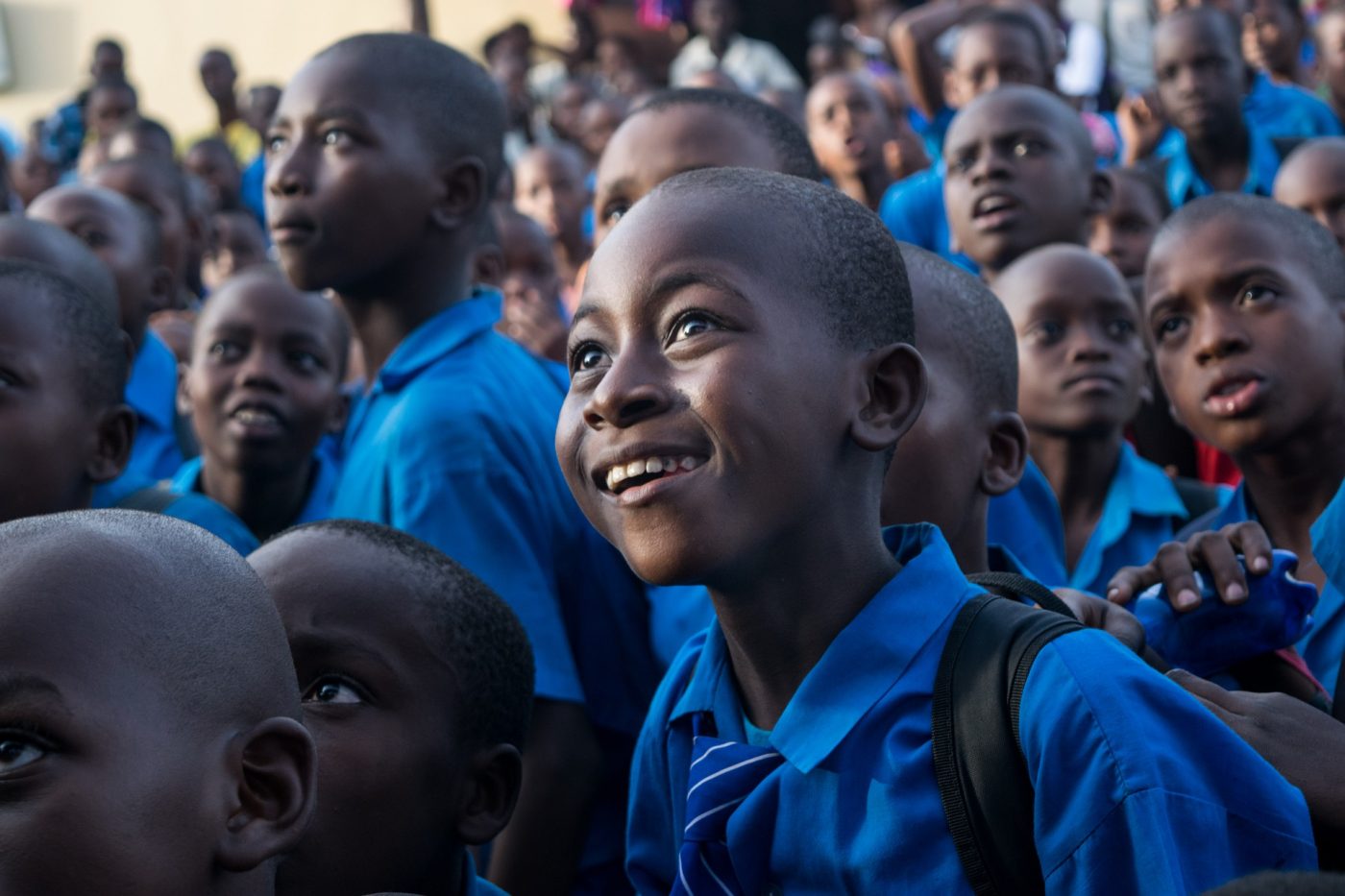 Before the world was shut down by the COVID-19 pandemic, Twitter’s Jack Dorsey had visited the continent of Africa and confidently proclaimed that Africa will define the future of Bitcoin.

In light of the aforementioned statement and many who share such sentiments, Arcane Research recently shared information concerning Kenya’s use of Bitcoin over the past few days. Arcane Research reported that Bitcoin trading in Kenya had reached a milestone of 100 BTC on the weekly volume charts of Paxful exchange. 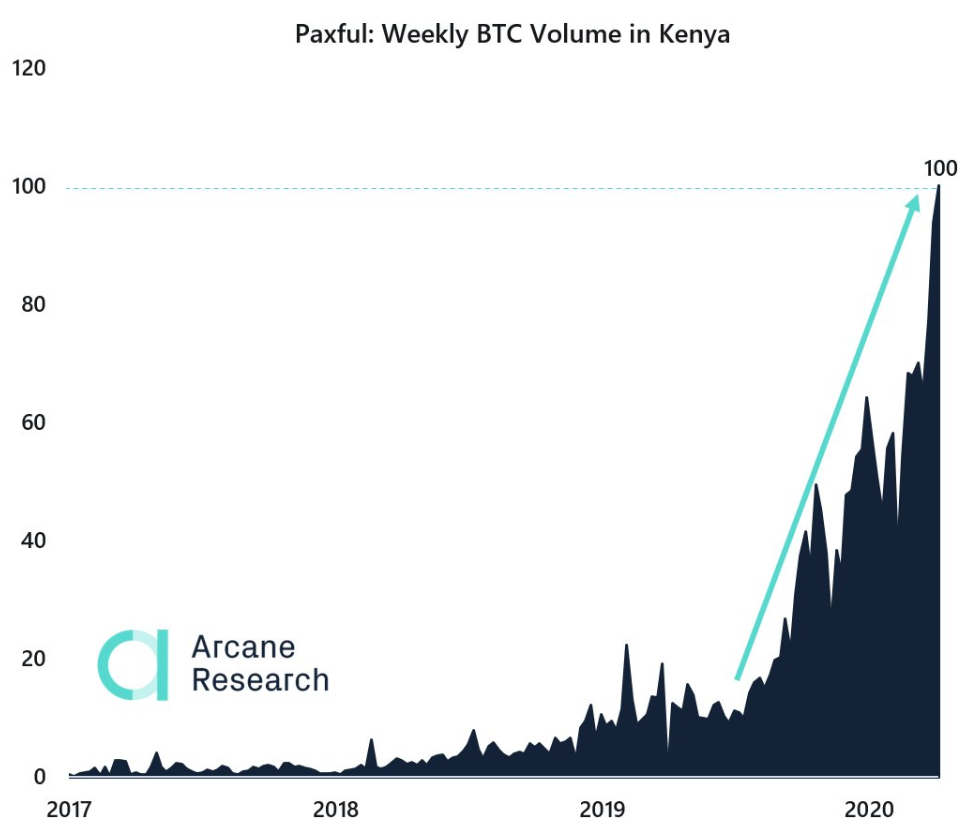 The attached data suggested that in spite of global economic turmoil, Bitcoin enthusiasts in Kenya are not taking their eyes off the Bitcoin markets.

In fact, Kenya’s P2P volume has increased by up to 190 percent in terms of USD, with the average weekly volume above $1 million for the first time since the start of 2019. 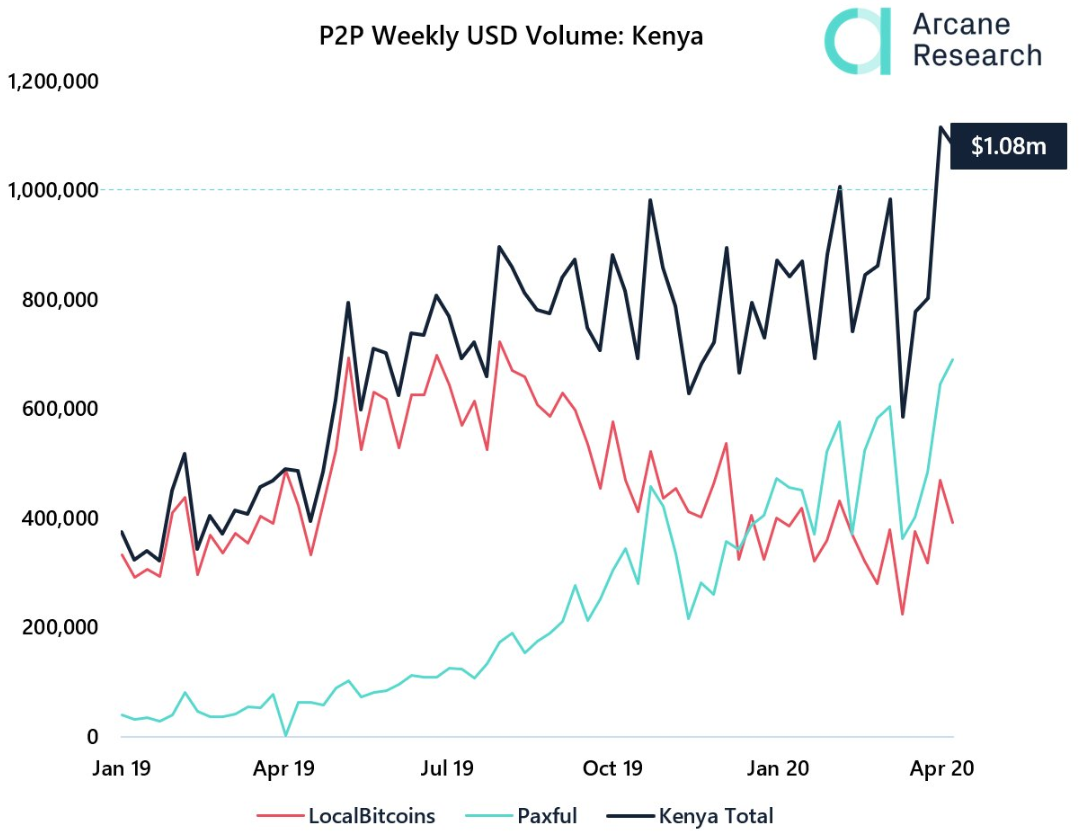 When compared to other Bitcoin-crazy countries such as the United States, it can be argued that the data sample size is relatively small. However, at the moment, continued engagement and activity on the network can be argued to matter more than the size of the trading volume.

Besides Bitcoin, Kenya had also proposed a blockchain and artificial intelligence task force for a CBDC back in 2018. Bitange Ndemo, the chairman of the aforementioned taskforce, had then stated,

“A digital currency is the same as cash. Once you pile up, you can go to any bank and take the cash. Actually, there is no need to print cash if we get used to digital cash. The good thing about digital cash its traceability.”

It should be noted, however, that any development on the CBDC front hasn’t surfaced since.

Kenya, Bitcoin, and the rest of Africa

Back in October, a research report by Citigroup Inc. had revealed that a number of the nations across the world were registering high per capita holdings of Bitcoin.

The study listed eight countries in total, including Kenya, a list that surprisingly, did not have the United States.

Russia, New Zealand, Ukraine, the United Kingdom, and Colombia were some of the countries listed here. The other three belonged to the African continent and included Kenya, Nigeria, and South Africa.

Africa’s involvement in Bitcoin and crypto is a legitimate thing at the moment and the interest in the digital asset will only rise over the next few years.

In fact, the continent has, in the past, demonstrated a sincere interest in blockchain technology, with the West African country Sierra Leone becoming the first African country to have unveiled a blockchain-enabled digital national identification system.

Ethereum’s scarcity narrative might be boosted by DeFi’s growth