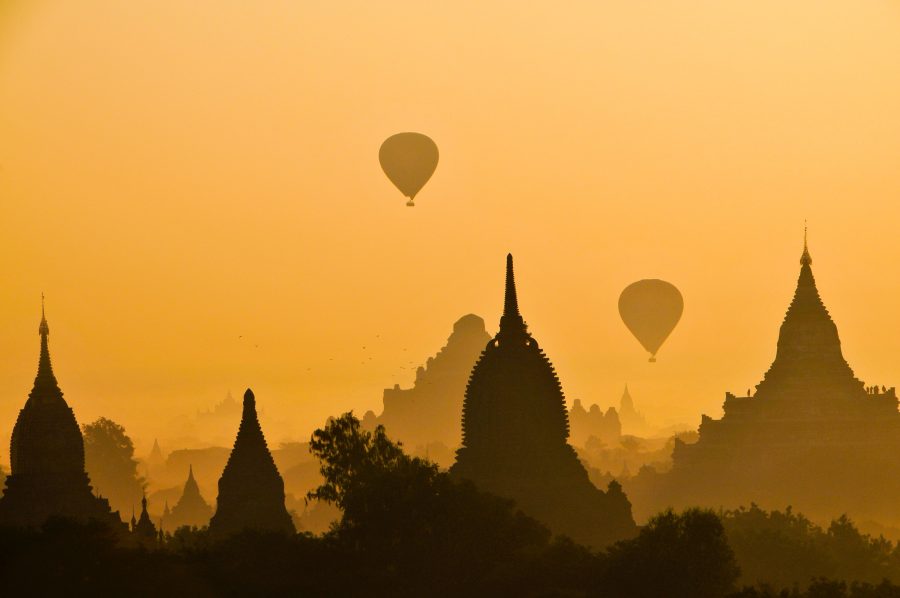 On 4 March, the Supreme Court of India ruled that the ban imposed by the country’s central bank, the Reserve Bank of India [RBI], on banks working with cryptocurrency service providers was “unconstitutional.” This brought to an end the nearly two-year-long debacle encapsulated under the banner #IndiaWantsCrypto, spearheaded by prominent Indians of the crypto-industry.

The extent of this institutional animosity towards cryptocurrencies ran so deep that a draft bill was tabled in the Indian parliament, one  calling for a 10-year prison sentence for those who “mine, generate, hold, sell, transfer, dispose of, issue or deal in cryptocurrencies.”

While cryptocurrency trading in India was never deemed “illegal,” to leverage a digital assets-centric company without banking support was an arduous process. During the banking ban, many exchanges shut-up shop including Koinex, Zebpay, Coindelta, CoinRecoil, and Coinome.

Businesses were not the only targets. Individual account holders of top Indian banks like Citibank India, Kotak Mahindra, and HDFC received circulars stating that such virtual currencies carry “financial, operational, legal, customer protection and security-related risks.” Going a step further, some banks have even discontinued the debit and credit cards of customers engaging in crypto-related activities.

OK I understand about credit card it's not my money but how can you stop me from using my debit card to buy crypto. We can sense the insecurities bank are facing now. MY CHOICE MY MONEY #hdfc #bitcoin #Crypto pic.twitter.com/okNK8Lz8Mx

While exchanges pulled down their shutters and traders panicked, legal authorities provided no clarity on the legality of digital assets as the banking ban continued. With no recourse available, Indian cryptocurrency enthusiasts looked elsewhere to trade Bitcoin and other cryptocurrencies.

P2P platforms have seen a tremendous increase in their trading volume amid uncertain times. Paxful, a global P2P exchange has, since mid-2019, witnessed a massive increase in its weekly volume in terms of Indian rupees [INR], almost moving in parallel with the long drawn-out legal dispute. 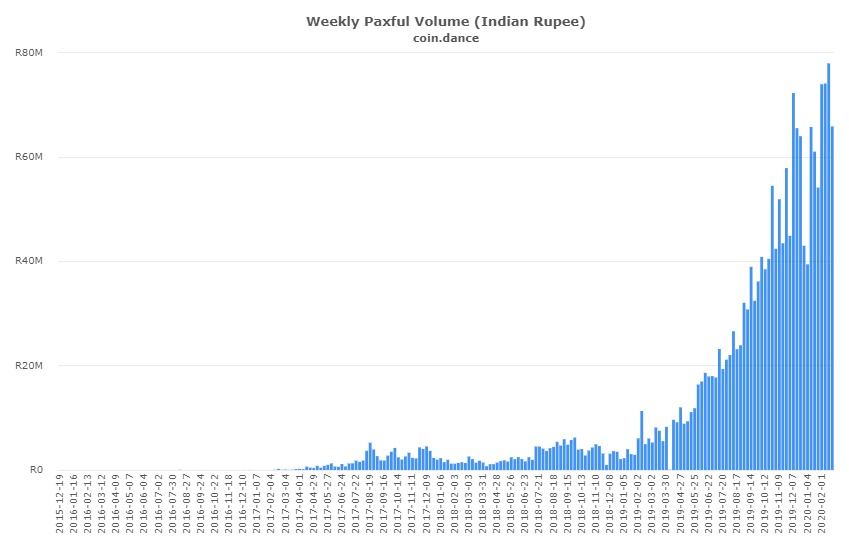 The weeks following 22 January’s legal episode, one that once again revealed no consensus, Bitcoin broke the $10,000 mark and the P2P volume swelled to its highest point ever, recording trading at $1.08 million [INR 77.69 million].

India is by no means the only casualty of institutional uncertainty. While central bank panic at the prospect of decentralized currency led to an increase in the P2P volume of Bitcoin in India, other countries saw crises in other government entities fuel their own domestic market.

Several South American countries like Argentina, Venezuela, and Chile saw massive volumes for the better part of 2019, owing to economic breakdown. Argentina in August saw its stock market index and currency drop massively, following a surprise presidential election. A few months later, its central bank banned the purchase of Bitcoin using credit cards. All this and more, saw Bitcoin trade at a premium in Argentina, with the P2P volume surging.

Venezuela has seen its P2P volume surge by massive proportions since late-2018, amid the worst economic crisis in the world today. Chile, much like Argentina, saw P2P volumes surge following the 16 percent drop in its domestic stock index, coupled with the 23 percent fall of the Chilean peso against the dollar through 2019.

Bitcoin may be a risky asset for investors but for some, it is clearly a safe haven. pic.twitter.com/idLyTvAkMg

With a country either creating shackles wilfully through regulations or engaging in disastrous monetary policies, causing a crash in domestic government debt, concerned citizens are gravitating towards P2P exchanges owing to either a safe-flight away from traditional stores of value or as a means to hedge away the risk.

“P2P exchanges remain as one of the potential answers,” said Sumit Gupta, CEO of CoinDCX, one of India’s largest cryptocurrency exchanges. Pricing of a digital asset, Bitcoin or others, depends on a slew of factors, of which regulations, Gupta contends, “plays an important role.” Speaking to AMBCrypto, he said,

“Closed ecosystem selling may lead to higher premiums being paid for an underlying asset.”

CoinDCX, backed by Bain Capital’s startup investment arm and a partner of one of the biggest Futures exchanges, OKEx, runs a P2P platform – DCX Insta.

In the Indian context, for adoption to surge beyond global P2P exchanges and more along the lines of domestic platforms, regulatory cooperation is required. A remedy to this, in Gupta’s opinion, is “fostering greater dialogue between regulatory bodies and industry leaders,” so that emerging technologies and innovations do not suffer.

Another reason for the upheaval seen on the P2P front, as opposed to their centralized counterparts, is the lack of KYC [know-your-customer] requirements for the former. Naimish Sanghvi, the founder of CoinCrunch India, an Indian centric crypto-news platform, told AMBCrypto that “P2p exchanges have the levy of not doing KYC,” and hence, customers prefer these platforms over depositing their Indian rupees in a centralized exchange and then purchasing crypto, often through Tether [USDT].

Sanghvi added that this regulatory uncertainty resulting in a boon for P2P exchanges will likely emerge as a trend going forward. However, he remains unsure of the success of the same over time.

The Indian Supreme Court’s decision to lift the banking ban on cryptocurrency service providers is set to be a watershed moment for the market for three reasons. Firstly, the success of P2P exchanges which have served as a foundation for domestic cryptocurrency growth, attested by the soaring volume, even in testing and uncertain times.

Secondly, the massive price push of not just Indian-based cryptocurrencies like the Matic network [MATIC] and the Binance launchpad platformed-WazirX token [WRX], but also for top-dog currencies like Bitcoin, Ethereum, and XRP.

Thirdly, the nature of crypto-investment has moved from diversification to actual capital safety during times of economic and political turmoil, which like the rest of the world, India is not in the clear from.

In light of the lifting of regulatory shackles over a 1.3 billion-strong country with a large remittance need and looming economic uncertainty, cryptocurrency trading in India might well skyrocket to greater heights.

Ethereum rallies, but another dip under $229 is likely