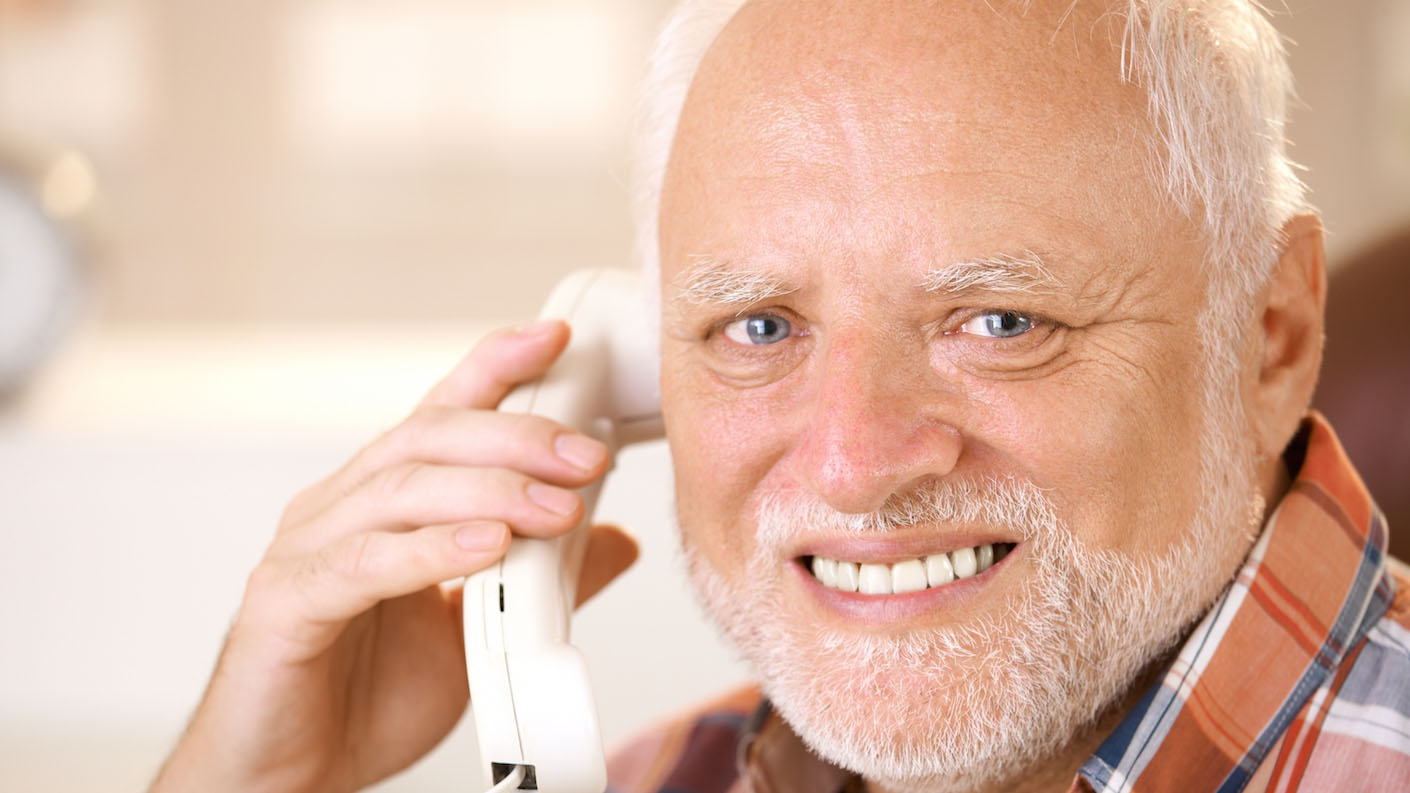 Bitcoin, like stocks, goes through cycles in its market; a bull run followed by a bear run, together, constitute a cycle. So far, Bitcoin has undergone 3 cycles, ie., 3 bull runs and 3 bear runs. However, while the 4th bull run seems to be on the verge of taking flight, there seems to be something interesting happening – the cycles are lengthening. 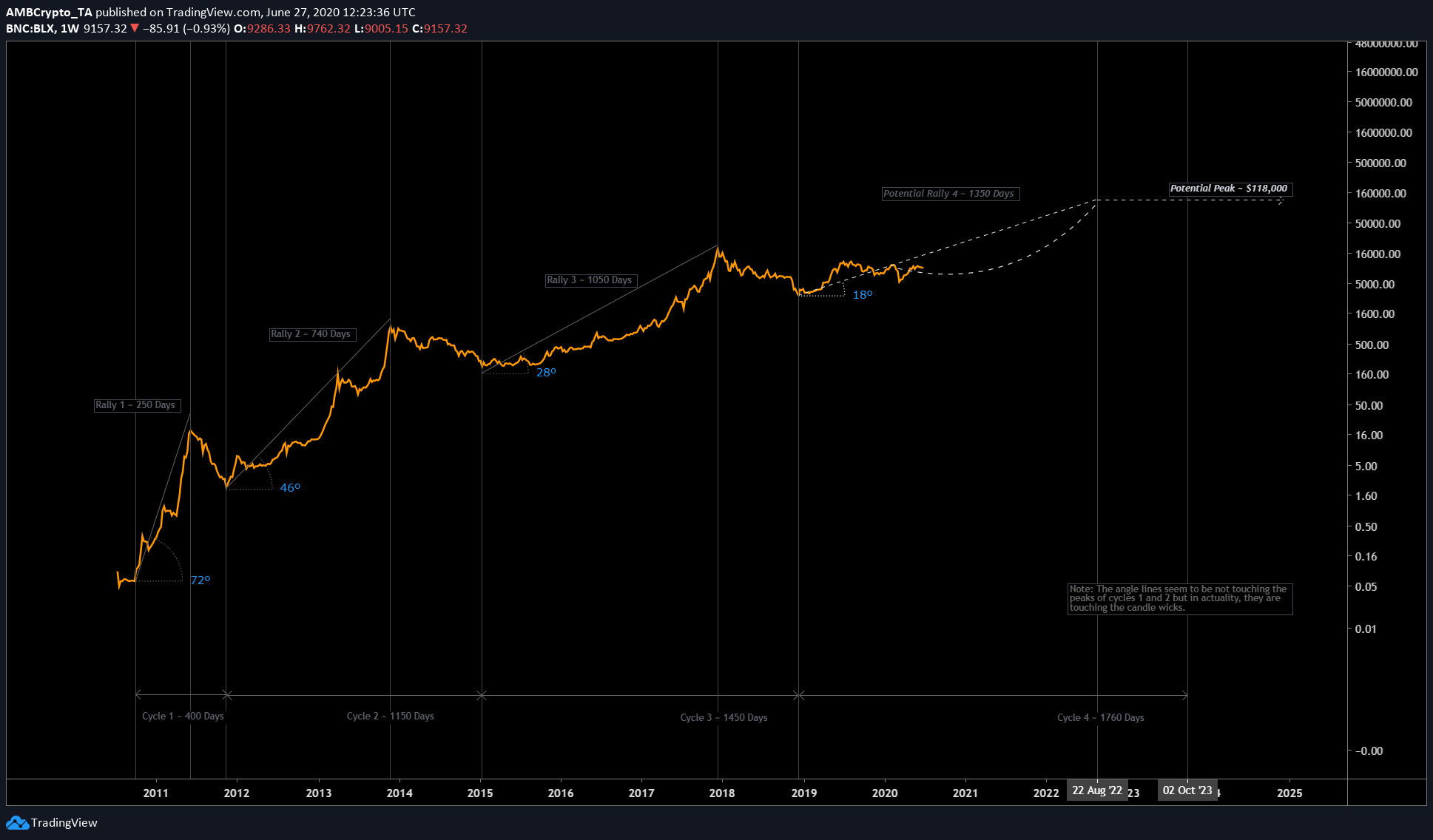 When the charts attached above is observed, it can be seen that the 1st cycle spanned 400 days, the 2nd cycle about 1150 days, and the 3rd cycle 1450 [assuming December 2018 was the bottom]. Hence, it is clear that the four-year cycle theory falls apart if the aforementioned chart and its observations are taken into consideration.

Moving on, in each cycle, the price has stayed below the line connecting the bottom of the previous cycle to the top of the next cycle. The drop observed in March 2020, although precipitated by the pandemic, has managed to stay below this line. Furthermore, the dotted curve seen in the 4th cycle shows that Bitcoin is following this model and is on the verge of a bull cycle. As reported in a previous article, this dotted curve will connect to the peak of the next cycle, one that prices Bitcoin at $118,000 per coin.

This assertion is backed by those of Willy Woo, a prominent Bitcoin enthusiast and the co-founder of Hypersheet. Woo tweeted and shared his own model for Bitcoin’s price charts, one that also confirmed that the bull run may be about to start. 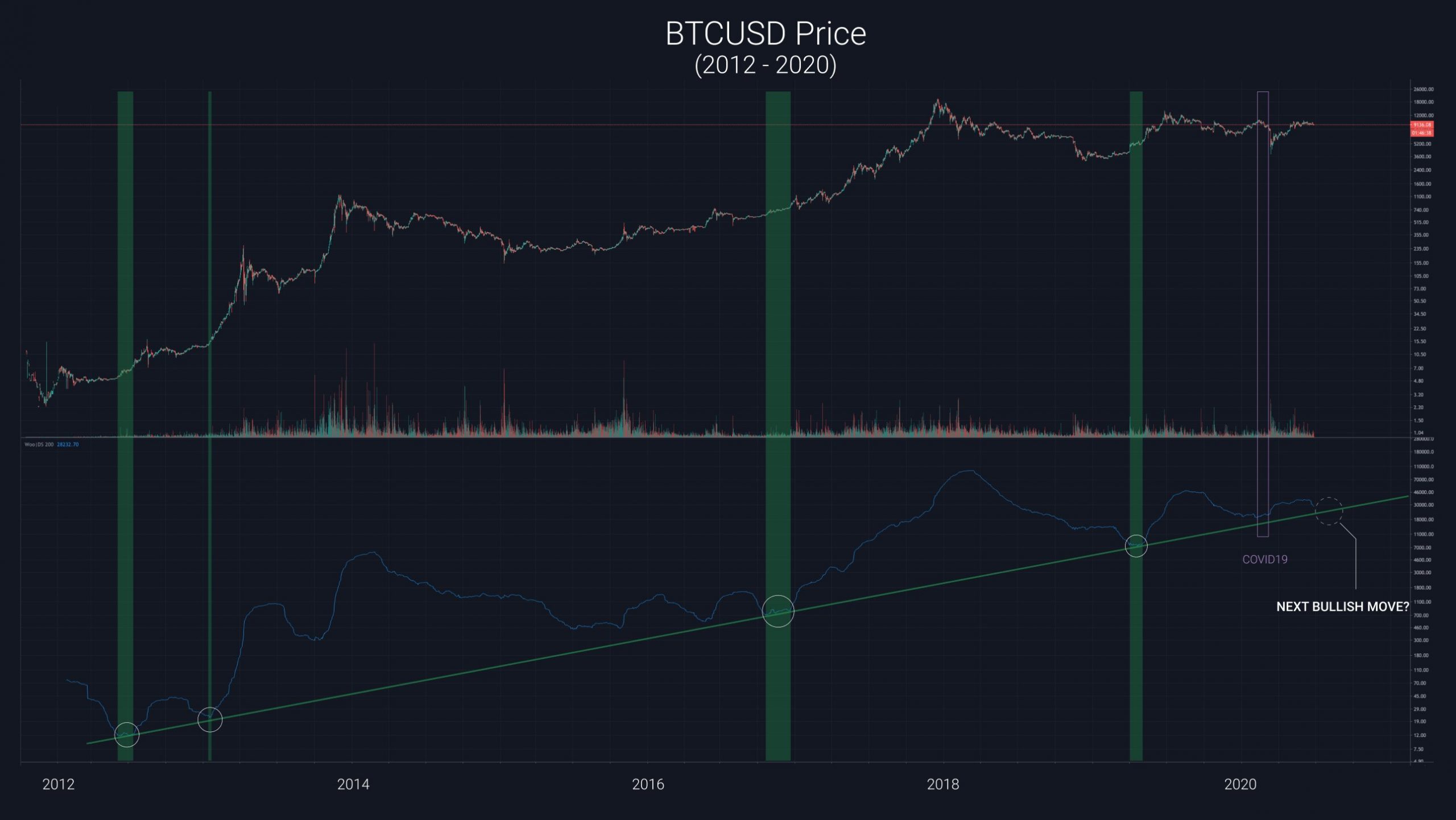 In his tweet, Woo stated that COVID-19 killed Bitcoin’s preparation for the bull run, before suggesting that the bull run is around the corner.

“The longer this bull market takes to wind up, the higher the peak price (Top Cap model). A long sideways accumulation band is ultimately a good thing.”

At press time, however, the price of Bitcoin had dropped from $9,500 to $9,150 and was moving sideways. Although the price seems bearish in the short-term, it is extremely bullish considering the extended bear market Bitcoin has been experiencing since December 2018.

Related Topics:bitcoin roi cyclesfeatured
Up Next