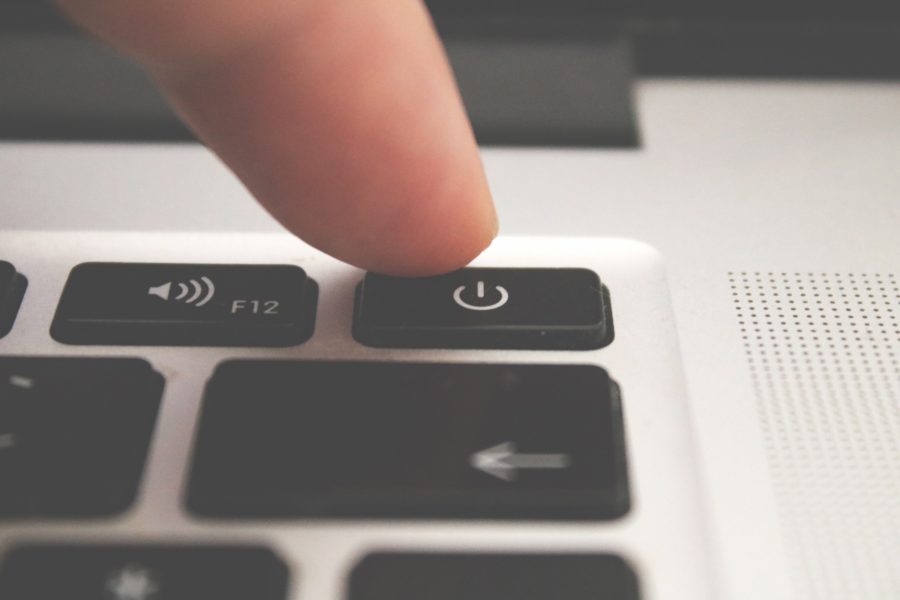 Not a peep has been heard from the Libra camp, and things are likely to stay that way.

Facebook’s cryptocurrency project has hit what looks to be a ‘prolonged pit-stop.’ Libra, since being unveiled in June, has been met with mixed reactions. Crypto-fanatics dismissed it as yet another centralized cryptocurrency, aging regulators were running helter-skelter, calling for an outright ban, economists mulled the possibility of the ‘death of the foreign dollar,’ and bankers concealed their concern in stoic surrender. In the midst of all this drama, one key figure, causing much angst to the cryptocurrency community, was quiet.

The Securities and Exchange Commission [SEC] has not [yet] weighed-in on the question of Facebook’s digital assets foray. Sitting on two key ETF applications, the Federal agency has been, for the most part, quite oppositional to cryptocurrencies and one would think a spillover effect into Libra would be more than likely.

It seems that David Marcus, the lead at Calibra, and the rest of Libra were aware of the SEC’s stance, and positioned Libra as a “cash system,” as revealed in Congressional testimonies. Placing Libra out of the guise of the SEC, by not likening it to a ‘security,’ was the obvious move, but as the cryptocurrency community has learnt, it is not quite easy to sideline the financial watchdog.

Libra’s regulatory situation is in dire straits at the moment. Lawmakers have called out the latest Facebook product on the question of money laundering, terrorist financing, monetary policy manipulation, and privacy. From the Federal Reserve Chair, Jerome Powell, to President Trump himself, everyone holding an office of prominence has attacked Libra, but SEC commissioner Jay Clayton has been rather quiet on the topic.

Hence, the question of where does Libra lie on the ‘definition’ scale bears significance.

Wilful admission by Marcus likens it to ‘cash,’ but not fiat currency, or more specifically ‘one fiat currency,’ but a basket of fiat currencies and short-term government deposits. This ‘Libra Reserve’ will contain government liabilities from the strongest sovereign nations, leading to the value of Libra remaining relatively stable, especially during times of political turmoil.

The question of Libra being a “security” owing to the investment nature of its reserve was immediately dismissed by the Calibra Lead during the Congressional hearing, vehemently leveling that the need for a reserve was simply to maintain stability and the same would be overseen by Facebook and 28 other companies of the Switzerland-based Libra consortium.

ETF in all but name

One definition that has caught wind of hedge fund managers and regulators alike is that of Libra being a ‘latent-ETF.’ While the association of the letters “E,” “T” and “F” are met with anticipatory eyes, with the SEC delaying its decision on the Bitcoin ETF every quarter, many experts have equated Libra to a publicly traded fund, backed by fiat currencies and government deposits. Noted quite starkingly is the absence of the “E” in ETF, with the cryptocurrency primed to be pedaled organically via individuals and businesses, rather than on an exchange. Interest payments will not be rolled out to investors as well.

As per Libra’s whitepaper, the Libra ‘reserve’ will be,

“Unlike the majority of cryptocurrencies, Libra is fully backed by a reserve of real assets. A basket of bank deposits and short-term government securities will be held in the Libra Reserve for every Libra that is created, building trust in its intrinsic value.”

Facebook has carefully plied its stance on Libra, stating that users will not “directly” interact with the reserve. Alternatively, “authorized resellers” will “integrate” with exchanges that trade digital assets, providing liquidity. Dave Nadig, CEO of ETF.com, likened this very fallacy of Libra to the “creation and redemption in an ETF.” In the ETF veteran’s opinion, Facebook is well aware that it is outlining an ETF, if not underlining it with red ink. In his explainer, Nadig stated that the Zuckerberg-led social media giant has “figured out the regulatory angle” to traverse through the “regulatory minefield.”

Nadig added that Facebook is, evidently, moving out of the very shadow of an “investment company” by actively making sure that its reserve limits exposure to bonds and holds currencies, hence avoiding the scrutiny of the SEC’s 40 rule.

The Investment Company Act of 1940, as laid out on the SEC’s website, is meant to “minimize conflicts of interest.” Primarily focusing on what an investment company exactly is and how they can issue product offerings, several companies aim to operate outside the purview of this act and Facebook is no different.

Speaking directly to AMBCrypto, Nadig echoed his previous claims that Libra is an “ETF by design already,” and the question of what the SEC decides with respect to the Bitcoin ETF will also be pertinent when the case of Libra is looked at. He stated,

“Regardless of which way the SEC eventually rules here, it has significant implications for the crypto market, obviously.  If it’s approved, well, then I’d expect a raft of new ideas, not just bitcoin, but other Crypto.  If they reject it, well, it’s a bit back to the drawing board on what crypto even *is*.  THis then leads to a discussion of Libra which is effectively an ETF by design already!”

Leaving aside the complexities of Libra’s likeness to that of an ETF, or rather a retail-payable basket of assets, the question of use should be looked at after the question of regulation. As everything else is in the US-demarcated-cryptocurrency world, regulation is paramount and Libra is no stranger to regulatory danger. Having already hit a wall with the Federal Reserve, both houses of Congress, the Treasury and the President’s official communications channel, his smartphone, Libra is likely to be in the crosshairs of a familiar foe; the Securities and Exchange Commission.

Although Clayton and the SEC by-and-large have not attacked Libra [yet], a regulatory shout-out is anticipated. The SEC’s main man, Clayton, told Bloomberg or rather “noted,” quite discreetly using the adage, “If it looks like a duck, swims like a duck, and quacks like a duck, then it probably is a duck.” The Chairman stated,

Marcus, in order to make sure that this view is sidelined, stated that no one would purchase Libra coins with an investment motive, as the digital asset’s price was meant to be “stable.” However, knowing how fickle and volatile the rest of the investment world is, especially from the view of decentralized currency, a stable digital currency backed by a changing ration of stable government liabilities [fiat currencies and short-term deposits] at a time when people are looking at Bitcoin as a refuge from political and economic turmoil, isn’t impossible. Thus, his ‘far-fetched’ claim of ‘Libra never being an investment vehicle’ lacks foresight.

Libra could very well be employed as a hedge against government currencies losing values, especially by the citizens of susceptible countries. Weaker economies are especially vulnerable to this fallacy as a fiat currency with rising rates of inflation can be easily replaced by a multi-billion dollar consortium backed, retail-used, stable digital asset like Libra. Sir Paul Collier, Professor of Economics and Public Policy at the Blavatnik School of Government, Oxford University, told AMBCrypto that people could “panic and go into Libra.”

Facebook can argue that Libra cannot and will not be used as an investment vehicle, but this could not be further from the truth, especially when you move further away from the United States. Countries outside the paradigm of the stable world, plagued with economic uncertainties, volatile governments, and prone to externalities, will look prospectively at Libra, more than just a payment option.Even within the US, several market managers will gravitate towards Libra, especially at a time when the dollar is vulnerable and trade wars are rampant.

The role of the consortium cannot be dismissed either. Facebook, during the launch of Libra, stated that the consortium consisting of Uber, Spotify, Visa, MasterCard, PayPal, Coinbase among others will integrate the digital currency into their ‘revenue model,’ which gives Libra a legitimate use case as well, even from an investment standpoint.

Perception drives demand, and not intended use. Libra, according to Facebook, will ‘bank the unbanked,’ by being a ‘cash system’ of a ‘stable nature,’ which is their main sell, but might not be their main buy. The reserve of Libra, mimicking an ETF or not, will attract interest from prudent investors, plying a product with several implementations, in addition to its investment angle.

If seen through this perspective, the SEC-led Clayton could present formidable opposition to Libra and as the recent Bitcoin ETF episodes show, if the SEC steps-in, it’s game over for Facebook.