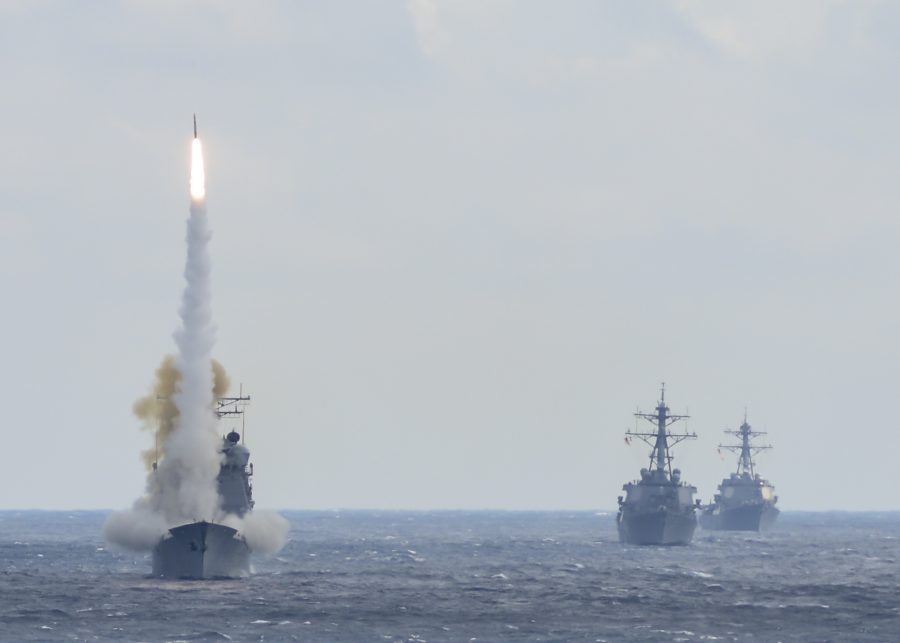 60 percent of the world’s population could shift to Facebook’s Libra.

The world is at a turning point. Financial crisis seems to be rearing its ugly head, trade wars are heating up, and currency crashes are a regular occurrence. In the midst of these economic uncertainties, central banks are making frantic decisions, some on the offense, many in defense.

Central Bank policy, in the modern age, has moved from its traditional ethos of strengthening domestic currency and reducing inflationary pressure, to become a tool to take other countries’ economies hostage. With the digital age in full swing, some countries have even tabled the idea of digital currency, that would replace or work with traditional central bank liabilities, cash, and commercial deposits, in a bid to strengthen, or rather weaponize macro-economic tools.

This stark deviation from the norm of relying on paper-money was not caused by the first mover of the Occidental economies or the innovative tact that often emerges from the Oriental world, it came from the throngs of the free-market, from a private giant. Facebook, with the launch of their cryptocurrency project, Libra, caused several jitters in the market. From other technology giants sniving at a missed opportunity to lawmakers coming out in a more defiant and authoritative manner, the reactions to Libra have been ‘sensitive,’ to say the least.

The concern, however, should not be on the loud outbursts of large economies to Facebook’s Libra, but the quiet undertone adopted by the weaker countries at the prospect of a private company’s creation of a currency that could circumvent their economy.

Dong He, the deputy director of the Monetary and Capital Markets, IMF and Yan Liu, the assistant general counsel at the legal department, IMF, in the UnChained podcast stated that the economic body is concerned about the effect Libra could have on world economies. Although, this effect is not streamlined uniformly across the large and small countries, as per the IMF executives.

While larger more ‘mature,’ economies, can surmount the macro-economic effects of a private digital asset, either through regulatory tightening or through monetary manipulation, smaller economies will not fare well, he commented. The more ‘weaker economies,’ going through massive inflation and, at times, the adoption of a foreign more stable currency would be threatened by the Libra.

“For weaker currencies, for example, for economies that still suffer high inflation, I think that danger [posed by Libra] is more apparent.”

The backdrop of Facebook with its massive network, immense customer base, and far-reaching ambition presented by Libra of becoming a premier universal digital currency for the world’s unbanked, many of whom are in the ‘weaker countries,’ should be contextualized when looking at the above argument. In that light, the prospects of the private Menlo Park-based company upending the financial system of the weaker economies seem ground-breaking, but by no means unimaginable.

Regulators have acknowledged the severity of Libra, particularly in light of the way the digital asset is backed. Per its whitepaper, fiat currencies and government deposits from several countries will be used to collateralize Libra, and the same will be altered during times of economic uncertainties to maintain stability. This would provide users a currency that would be backed by a multitude of government liabilities, and one that individuals could rely on to maintain value.

On the other side of the spectrum, individuals in countries that are not so financially stable and that require a currency that can maintain its peg, would opt for the reliability of the Libra complete with its digital infrastructure, universal-backing, not to mention the ‘consortium,’ of 28-companies that would eventually build on the Libra-network.

Hiromi Yamaoka, the former head of the FinTech division at the Bank of Japan [BoJ] eluded to this effect of Libra on economically weak countries. It could cause “monetary policy,” to be “severely undermined,” but this effect will be varied. Yamaoka stated,

“It won’t be a big problem for countries that enjoy strong market trust in their currencies.”

The warnings of private companies undermining economies, especially the poorly performing ones, is not limited to Japan. Bruno Le Maire, the French Finance Minister speaking before the country’s Senate voiced his concern that the private currency could compete with a “sovereign currency,” like the Euro.

Perhaps the most well-known and hard-hitting pieces of criticism against Libra came from the Federal Reserve chair, Jerome Powell who stated, before a US congressional hearing, that the Libra project would be halted until Facebook addressed key issues regarding financial instability and the effect on country’s monetary policy.

In addition to central bank chiefs, economists are also looking at Libra with suspicious eyes. Sir Paul Collier, a professor of economics and public policy at the Blavatnik School of Government, Oxford University who penned the term “The Bottom Billion,” referring to the countries worst affected by poverty, spoke to AMBCrypto regarding Libra’s effect on the developing world.

He referred to Libra’s claim of “financial inclusion,” as “considerable,” but it does present, “dangers for monetary policy in the BB [Bottom Billion].” Sir Paul cautioned,

“My fear is that it could make countries more prone to crisis as people panic and switch into Libra, so that demand for the currency suddenly collapses. I’m worried that Facebook is forging ahead without thought or consultation with African central banks.”

Even the name “Libra,” chosen by Facebook, in the professor’s opinion, indicates that “freedom from government is the objective.”

Based on the regulator’s concerns, Libra could pose a more potent threat to weaker countries which have seen currency devaluations on a regular basis, either for economic reasons or political purposes. Countries like Argentina, Turkey, have seen their respective fiat currencies plummet against the dollar due to political-mismanagement, Venezuela, Zimbabwe have had ongoing economic tensions leading to a skyrocketing inflation rate, while other war-torn regions in Africa and the Middle East have also seen a prolonged slump in their national currency.

Let us look at two key foundations for these countries to welcome the prospect of private-stable-global governments backed digital currency:

Tendai Tomu, author of “Libra in Africa: How Facebook’s Libra is going to disrupt Africa,” told AMBCrypto that the two might not be a match made in heaven just yet.

In the face-off between Libra and countries with weak economies, African countries will be the “most affected,” stated Tomu alluding to the strong universal backing of Libra. However, the author contended that the good that Libra can bring forth will ‘outweigh the bad.’ Several countries in Africa have moved to ‘dollarisation,’ because of corruption, civil wars, and economic mismanagement, referencing the example of Zimbabwe’s economic collapse.

“So yes Libra might be a threat to weaker economies, but it might actually be a better evil as compared to other anecdotes.”

On the topic of regulation in the continent, Tomu stated that African regulators will not “embrace Libra that easily.” In his view, Libra will adopt a “wait and see strategy,’ where they will look to America and Europe to adopt a regulatory framework to deal with the digital assets payment project rather than be the “first movers.”

The foundation is set, both in need and in want. In need, the remittance market, and channels of distribution, among others are well structured for the increased adoption of Libra. In want, the countries that are the most in want of Libra are the ones that have seen poor economic cycles, with growing inflationary pressure leading to national currencies dropping in value.

Dong He and Yan Liu stated that their views are not the views of the International Monetary Fund [IMF].