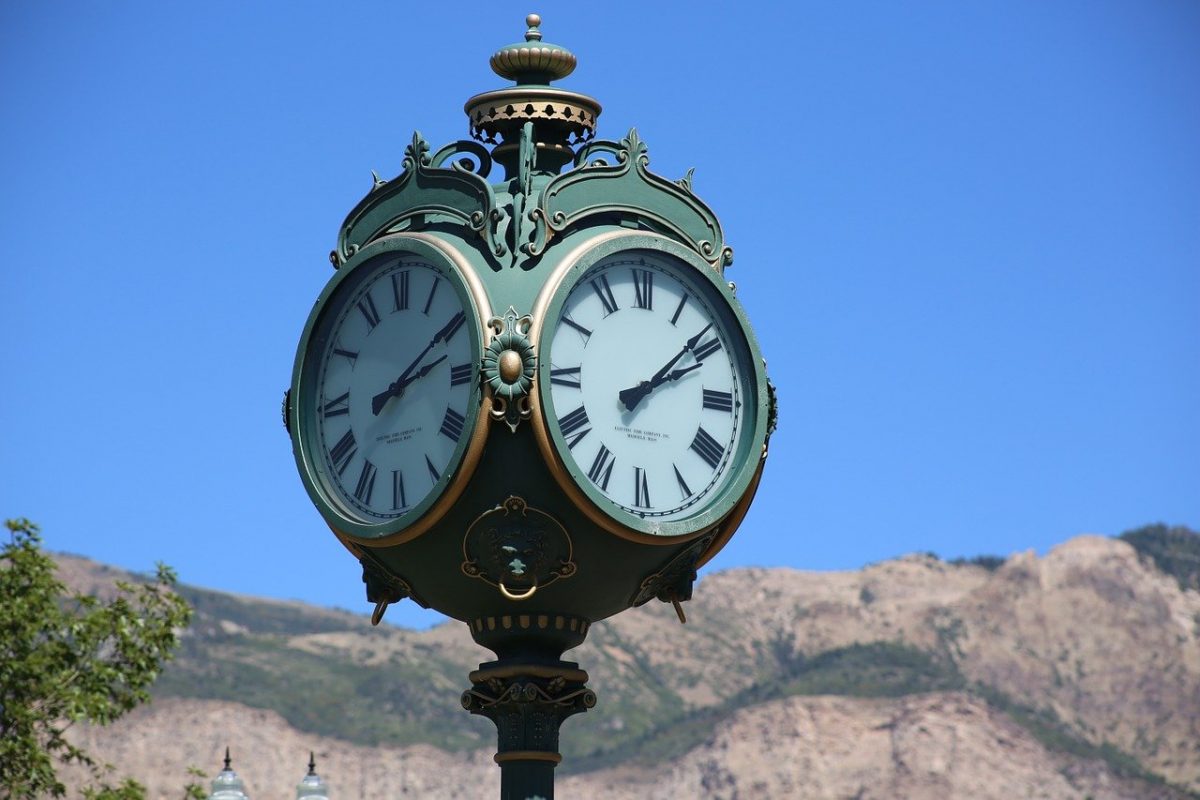 Ethereum formed a bearish pattern that could take the price beneath $300 in the next few weeks. The scenario of the crypto market, in general, was bearish, with the likelihood of further losses. Tezos showed no signs of reversing the downtrend and was set to plummet further. Dash slipped beneath a crucial level of support that bulls would fight to reclaim. 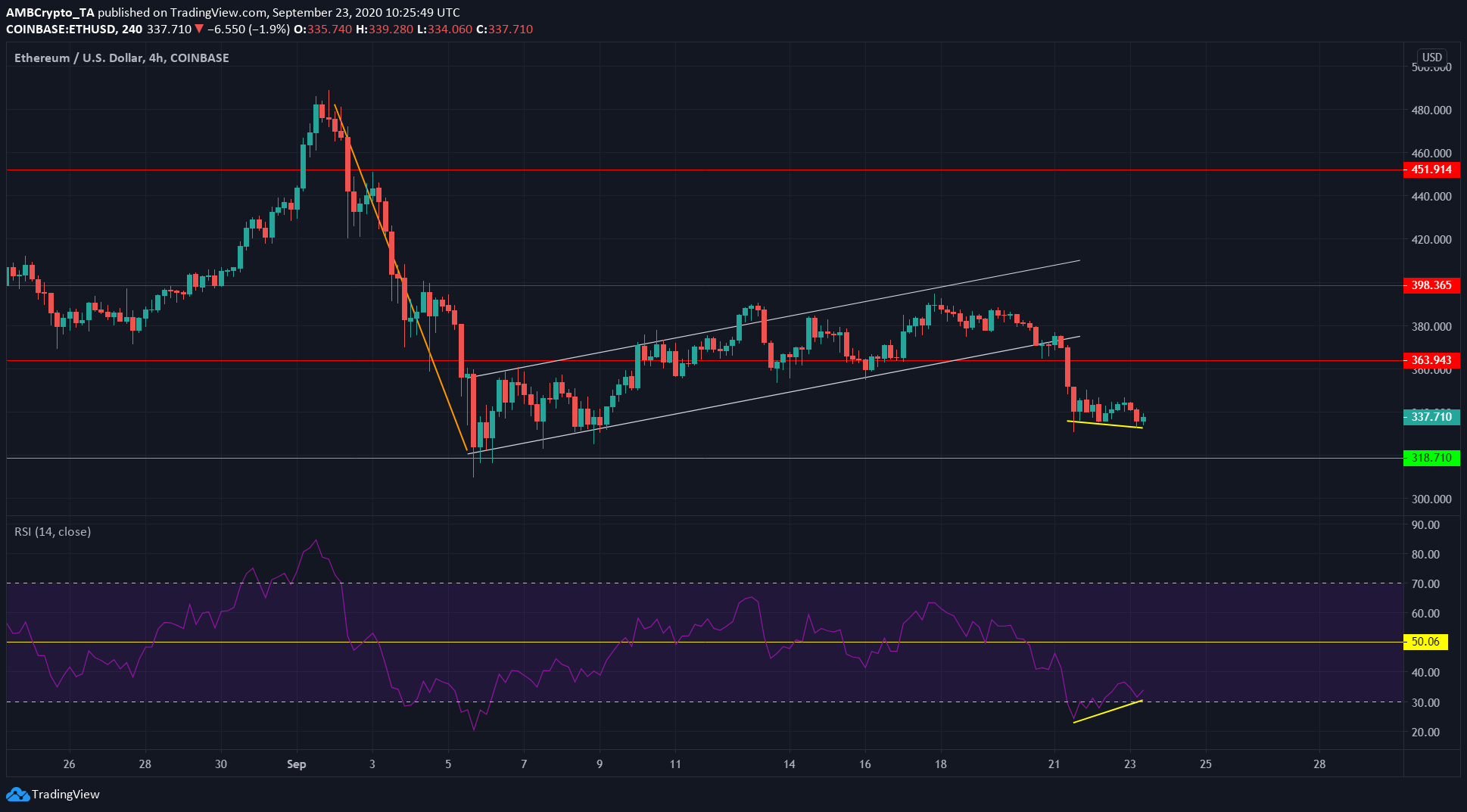 Ethereum formed a bear flag and dropped beneath that level, to trade at $338 at press time. Based on this pattern and by measuring the flagpole’s length, ETH can be projected to reach between $260 to $280 in the coming weeks.

However, in the short-term, ETH displayed a bullish divergence. The price made lower lows, while the momentum indicator (RSI) made higher lows. The divergence could see ETH bounce to $350.

In other news, a Bitcoin-Ethereum bridge token, TBTC, was announced to be ready for use. It lets Bitcoin holders to safely copy BTC over to Ethereum in order to access yields from DeFi apps on Etheruem. 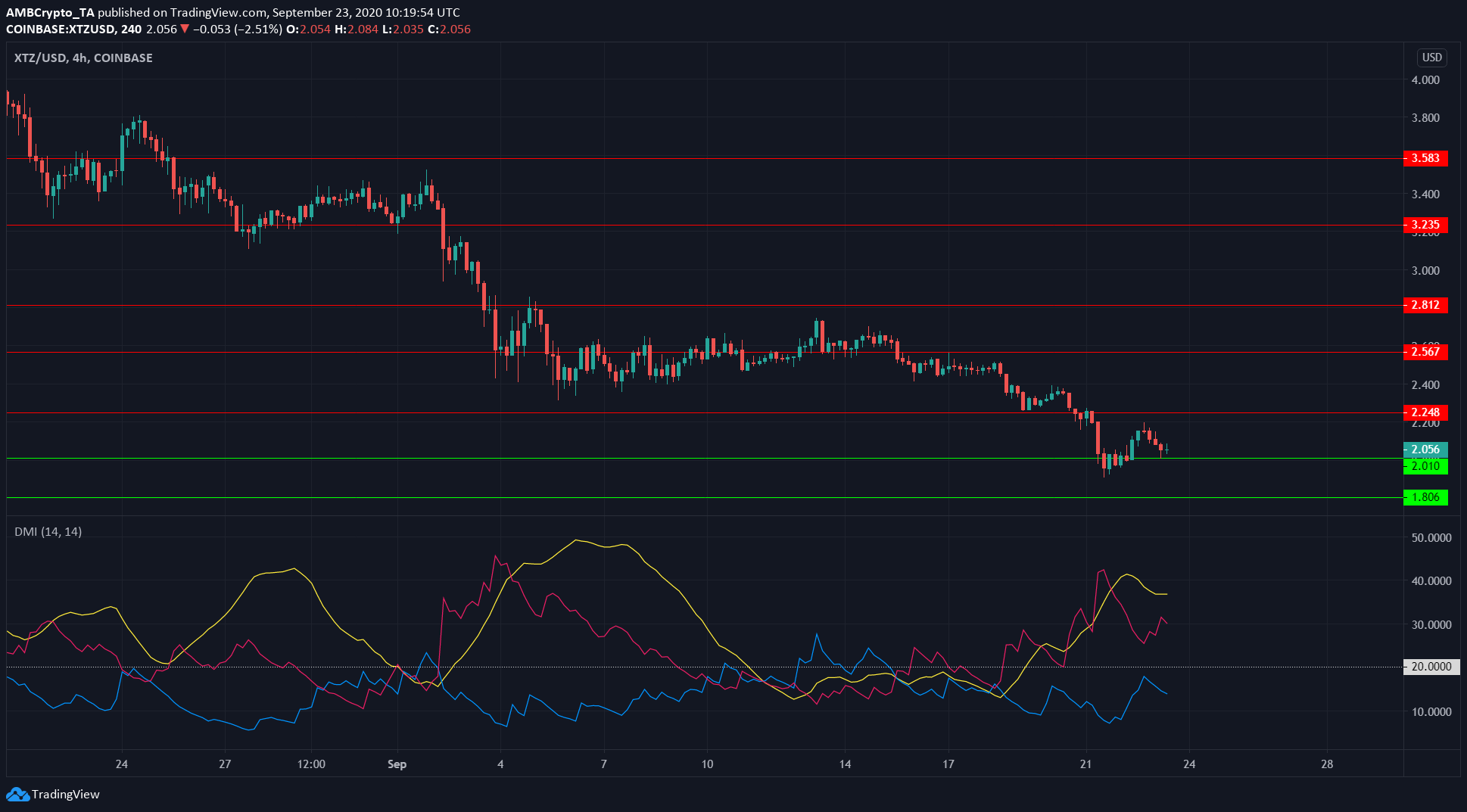 Tezos bounced off the region of support at $2 to reach$2.193, where it formed a shooting star candlestick pattern. XTZ has since retreated and could drop beneath support to $1.8 region in the coming days.

DMI showed a strong bearish trend, as ADX (yellow) continued to stay above 20 while -DMI (pink) also sailed above +DMI (blue). This reinforced the idea that XTZ was headed toward $1.8. 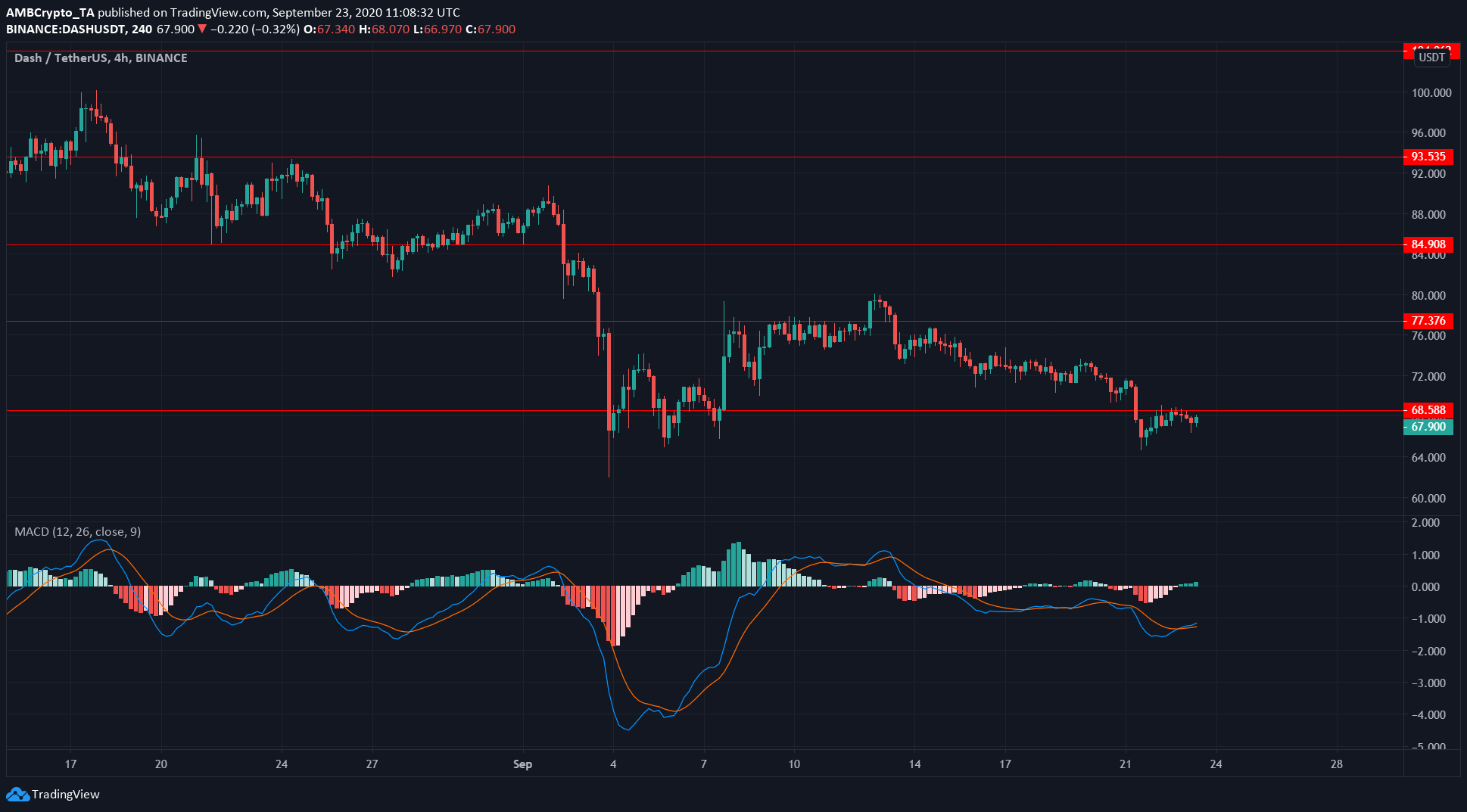 DASH descended beneath the support and turned it into a resistance level at $68. The MACD formed a bullish crossover as the MACD line crossed above the signal line.

However, this occurred beneath the zero line, indicating the possibility of a bounce but not a reversal.

Beneath $68, DASH had support at $55 and then another at $40, making $68 an imperative level for DASH bulls to conquer with haste.

Bitcoin as a medium of exchange, only a trillion dollar hope