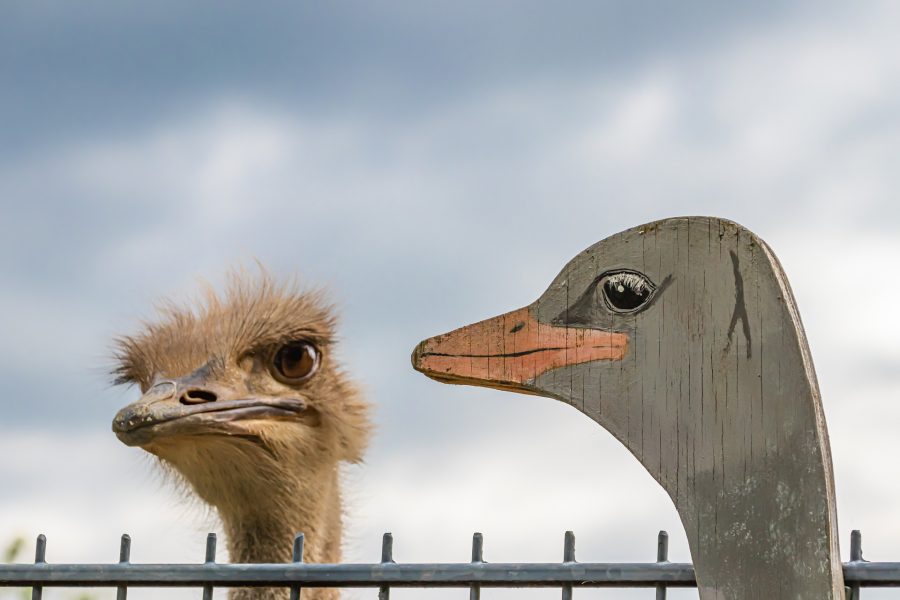 The world’s second largest cryptocurrency has been enduring a tough time in October. After exhibiting strong bullish fundamentals in September and recording a growth of over 30 percent, the asset was back under a bearish stronghold and was dwelling under the $200 range, at press time The steep declined on 24 September stripped off its bullish momentum, which was evident before the crash and at press time, Ethereum was priced at $182.96. Now, according to a recent analysis, the market’s situation is far from recovering. 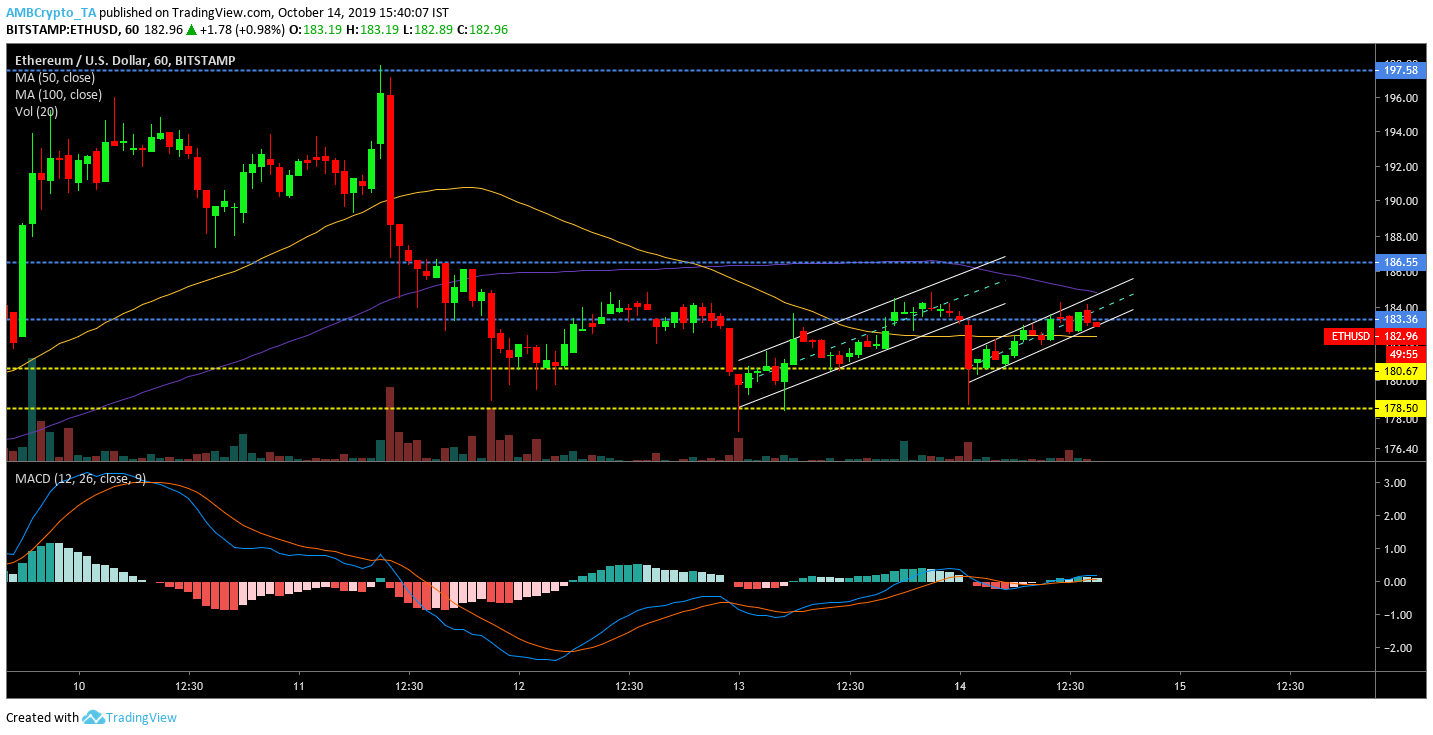 The 1-hour chart for ETH had back-to-back identical pattern formations. An ascending channel indicating a bit of recovery was observed in the trend, something which eventually witnessed its bearish pullback. The price retested that support at $178.50. The price navigated through another stretch of steady growth, but the appearance of another ascending channel confirmed that another bearish breakout was on the cards. The support remained the same at $178.50 and a breach could see the valuation test the support at $173.30. 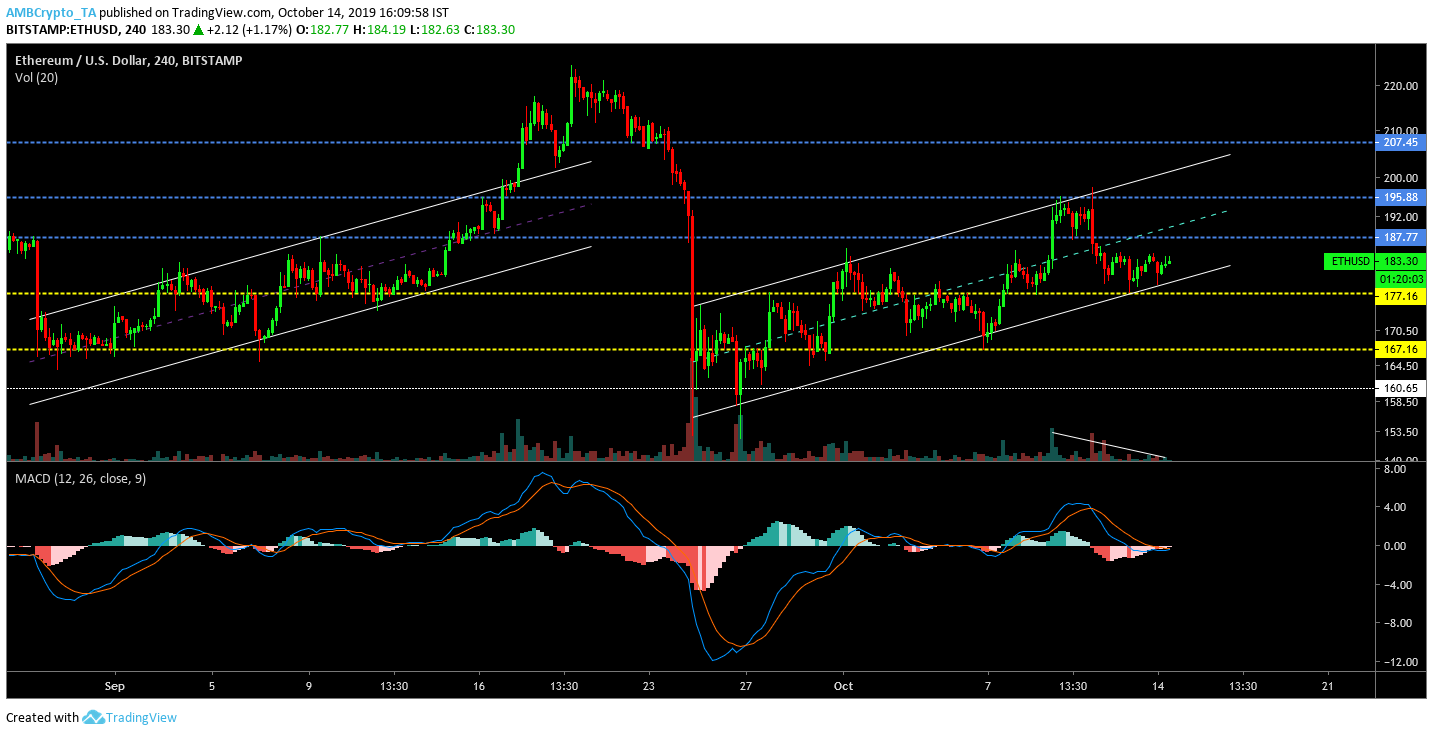 The 4-hour chat pictured an uncanny resemblance to the 1-hour chart as another pair of ascending channel was witnessed. The initial channel was followed by the breakout on 24 September, which saw Ethereum lose its gains over the month. At press time, a similar pattern was brewing in the trend and a bearish breakout was imminent. A breakout of similar magnitude could see Ethereum go to as low at $160.65 in the market. The decreasing trade volume also confirmed the current bearish diversion for the token.

The MACD indicator remained under the signal line in the charts, implying that the bears had the upper hand.

In the next few days, another pullback downwards is evident. The Ethereum community will be hoping for a drop that does not breach its current lowest support, else major price indicators may turn bearish for the long term.