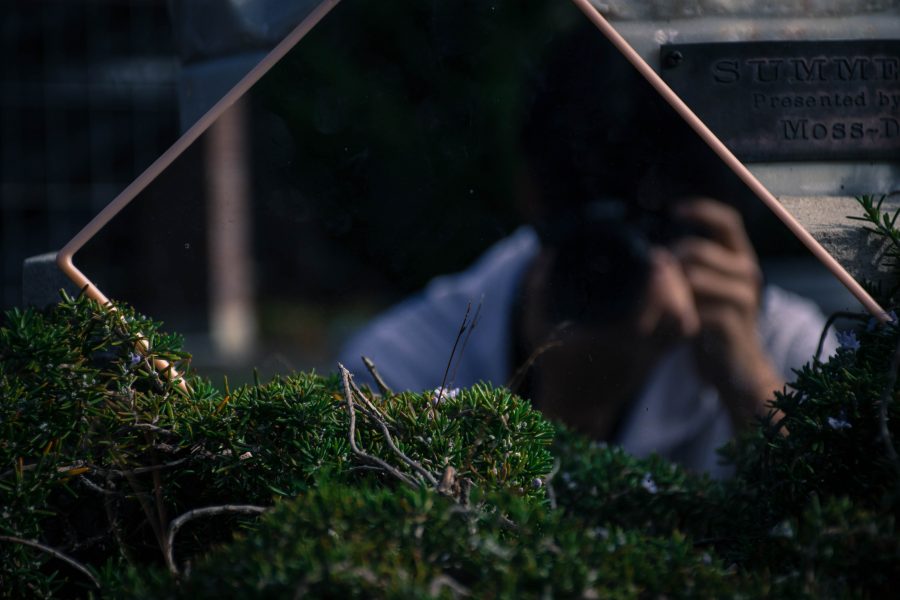 One of the biggest Ethereum clients, Parity, has been constantly criticized by the community, with some accusing the blockchain infrastructure company of neglecting Ethereum for the development of Polka dot. The company was also reported to be the main culprit for the delay of Ethereum’s upcoming hard fork, Istanbul.

Now, the blockchain platform has yet again become one of the topics of discussion in the community because of a statement put across on its Gitter channel. On Gitter, Ricardo Guilherme Schmidt remarked that Parity was no longer the best Ethereum client as the website purports to be, considering the fact that Parity beta encountered issues.

As a response to Schmidt’s statement, Joshua Mir from Parity stated that the team wants their Ethereum client “to be as good as it can be.” However, there were “much less people in the community willing to (and capable of) working on it.” He also stated that rust language deployed by its Ethereum client was less popular compared to Geth’s Go programming language, adding that the community sentiment towards Parity has been declining for some time in the Ethereum community. Mir said,

“The less people who work on it, the less people are willing to use it (and vice versa). We can’t fix this issue just by putting more internal resources on parity-ethereum because there’s little/no incentive to do so, other than maintaining goodwill, honestly”

“It is not Parity’s flagship project, that’s Polkadot, and unfortunately there are no resources for us to make drastic changes like ‘fixing/ replacing wrap’ (which is unreliable only because parity is unpopular and since it’s unincentivized, everyone runs with selfish options like –no-periodic-snapshots which makes it even more unreliable).”

This, in turn, riled up members in the Ethereum community, with some questioning the reason Ethereum Foundation granted $5 million to Parity Technologies earlier this year. 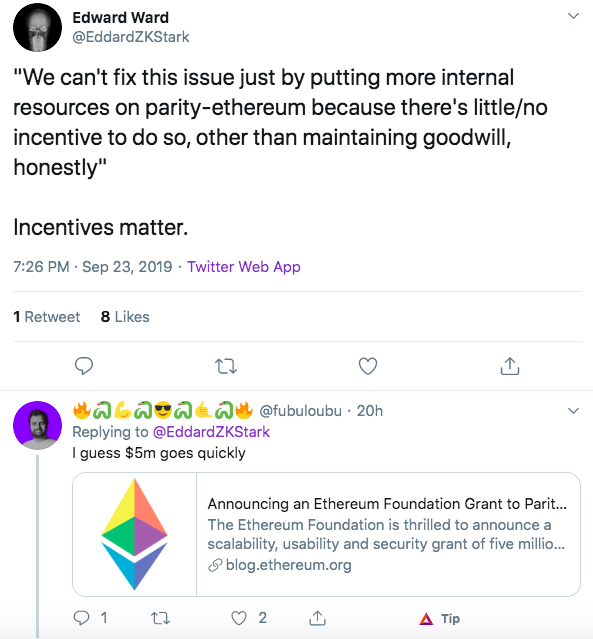 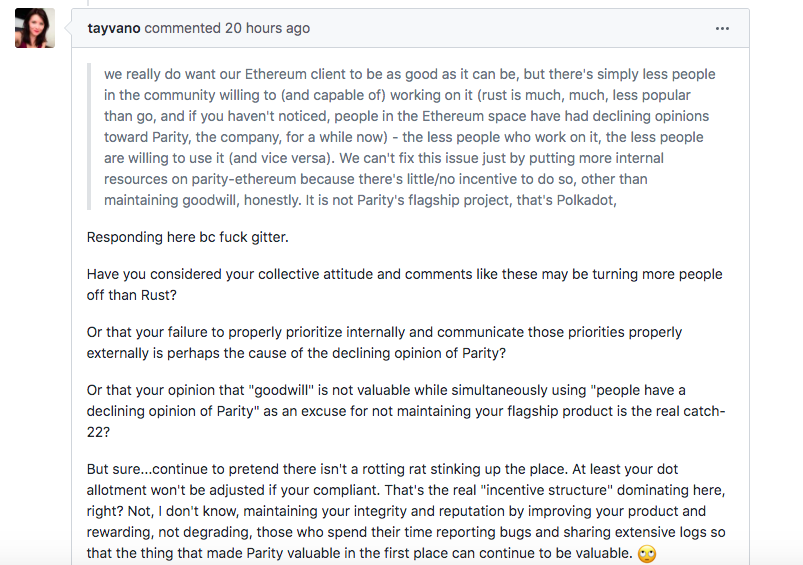 In the grant announcement, the non-profit organization supporting the development of Ethereum stated that the grant was to support the company’s work on Casper, light clients, developer and improvement tools, and sharding. The Foundation had stated,

“Funding will be delivered in several tranches, the first of which supports developement that Parity has already completed. Others are contingent upon reaching explicit milestones.”

These milestones were listed to be the completion of eWash compatibility, shipping a light wallet for Mainnet and the successful completion of Phase 0 and Phase 1 of sharding.

Responding to the community’s concerns surrounding Parity and the $5 million grant, Peter Mauric, Head of Public Affairs at Parity Technologies, highlighted the point that the company was funded in tranches based on milestones. Mauric also stated that prior to funding, Parity Ethereum projects were “self-financed,” further adding that the long-term maintenance of parity-ethereum was not “in the scope of the grant” and that it was never financed by the Foundation.

“Public blockchain clients have up to this point depended primarily on free work. In the long run, we hope to help these communities find a sustainable model for supporting developers and researchers on an ongoing basis.”

Flash crash: Bitcoin dumps below $8500 mark seeing a drop of over 9% in one-hour as the market bleeds

ConsenSys compiles list of most actively developed DApps on GitHub; Status and Storj in the lead