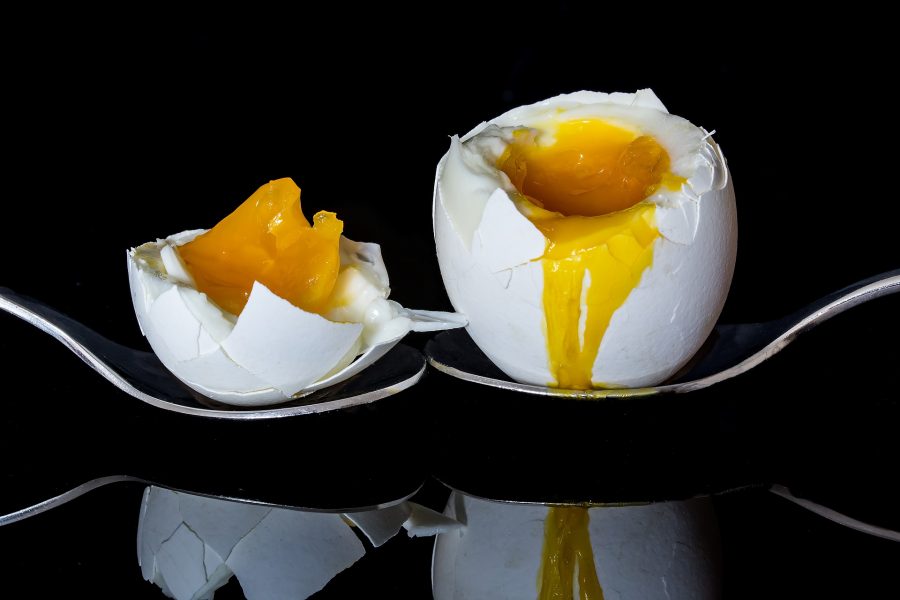 Ethereum is preparing for its much-awaited hard fork, Istanbul, to be rolled out. The hard fork is scheduled for the first week of December, with numerous testnets and updates being released in its anticipation on the Ethereum network. However, an analysis of its performance in the market finds that the second-largest cryptocurrency has been suffering under the pressure of the bears, along with most major cryptocurrencies.

@thetokenanalyst, a popular crypto-trader and analyst, shared on Twitter data about the exchanges’ wallets holding ETH over time, proposing some interesting observations on the same.

The chart provided by the analyst highlighted the decline in ETH held by the Poloniex wallet, post the 2017 price hike. It was also noted that the exchange’s holdings in ETH peaked in April 2016 with almost 20 million, following which it declined gradually. A similar trend was noted with Kraken’s wallet, which reflected large sums of ETH between April 2016 and April 2017 and peaked with nearly 10 million Ethereum. The digital asset’s price trend correlated with the exchange’s reduction of ETH holdings.

On the other hand, Bitfinex and Binance’s wallets emerged only in 2019 with ETH holdings. By October 2019, Bitfinex had a sum of 5 million ETH, while Binance maintained the number of ETH at approximately 2.5 million. According to TokenAnalyst’s observation,

The attached chart recorded Exchange balances of ETH v. its price, and an analysis of the same suggested that as the price of the crypto declined over time, its holdings on exchanges dropped as well. 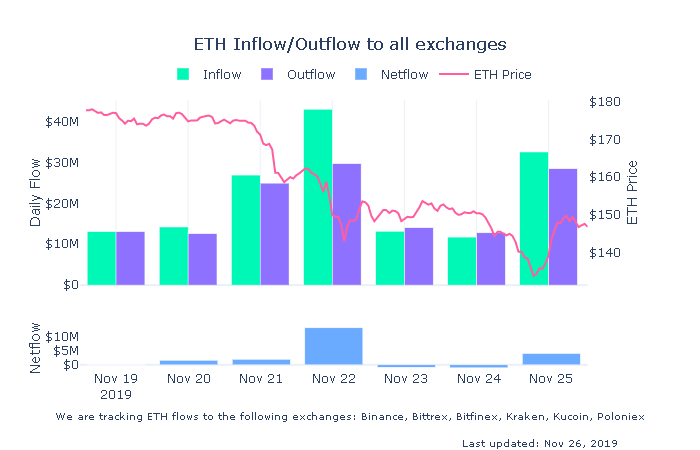 Similarly, the inflow and outflow chart of Ethereum on Binance, Bittrex, Bitfinex, Kraken, Kucoin, and Poloniex saw a rise in inflows, before the upcoming 12% spike on 25 November. Even though the chart noted a dip in the price of ETH, a dip that opened a buying opportunity for ETH hodlers, the market saw a green spike soon after.

Ghana announces plans to issue its own Cedi-backed cryptocurrency