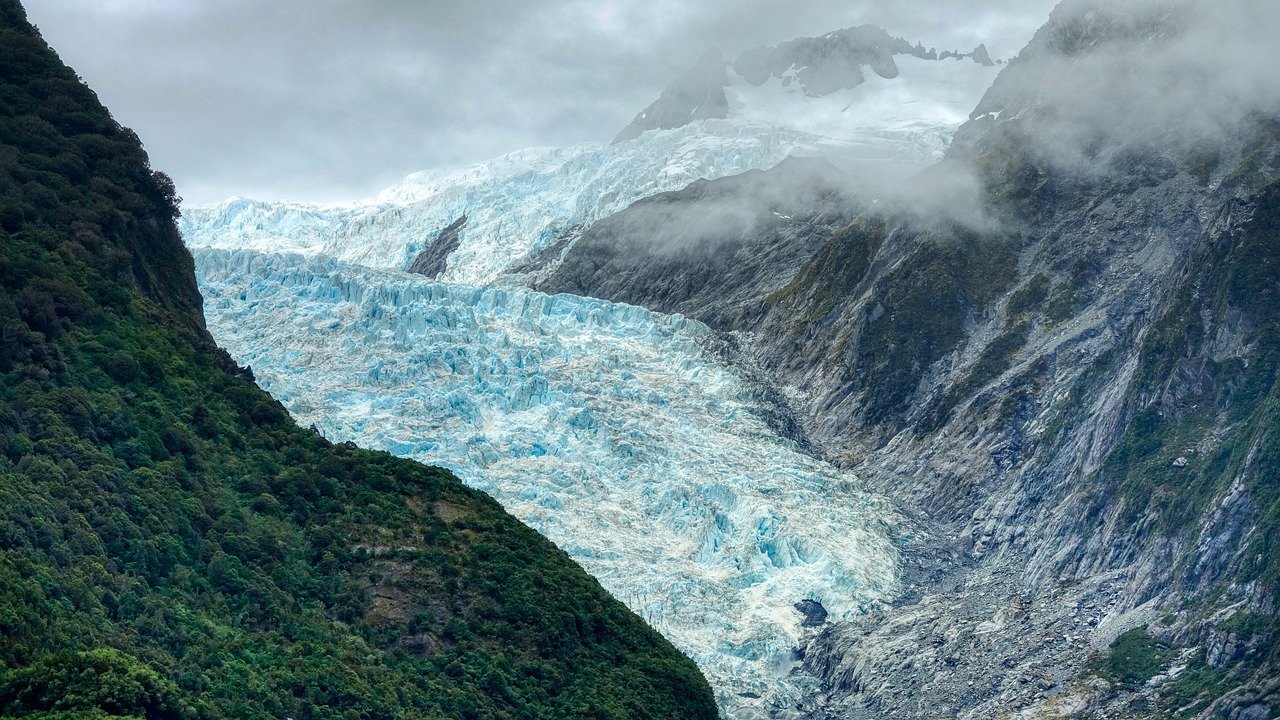 Bitcoin’s dominance was as high as 61.85, at the time of writing, with the figure remaining resolutely above 60 for a few weeks now. This indicated that the altcoin market was not seeing as much growth as Bitcoin, which was trading at $13,149.

EOS registered higher highs over the past couple of weeks, but the price appeared to be in disagreement with buyer interest. Zcash noted a bullish reversal pattern, while BAT was moving within a descending channel. 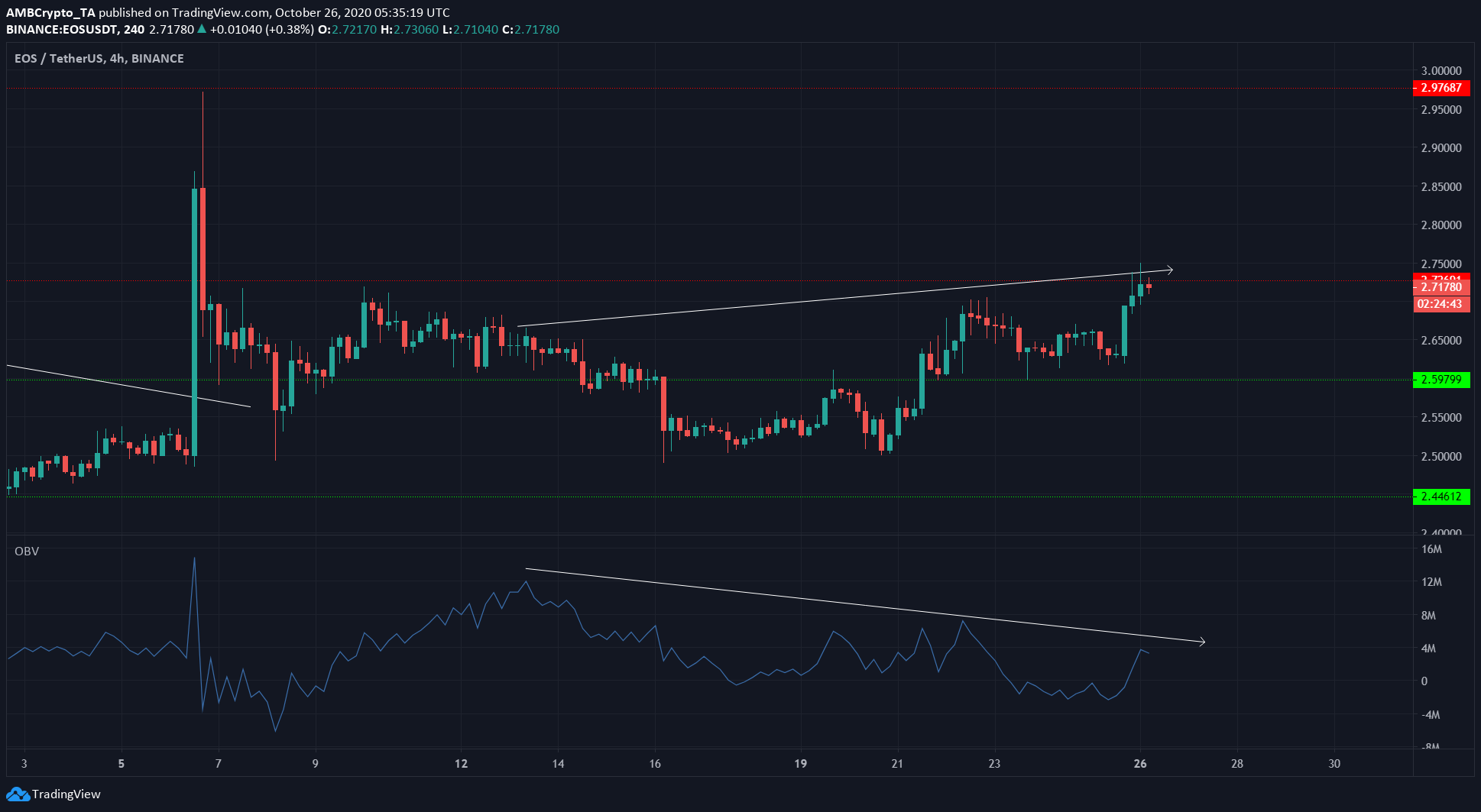 There was a disagreement between the OBV and the cryptocurrency’s price (white) as while the OBV registered lower highs, EOS registered higher highs over the same time period.

Such a disagreement suggested that EOS was set to face a period of correction on the charts. For EOS, the next level of support lay at $2.59.

Finally, market momentum has been bullish for the crypto-asset in recent days, but that could change if it is unable to close above the resistance at $2.72. 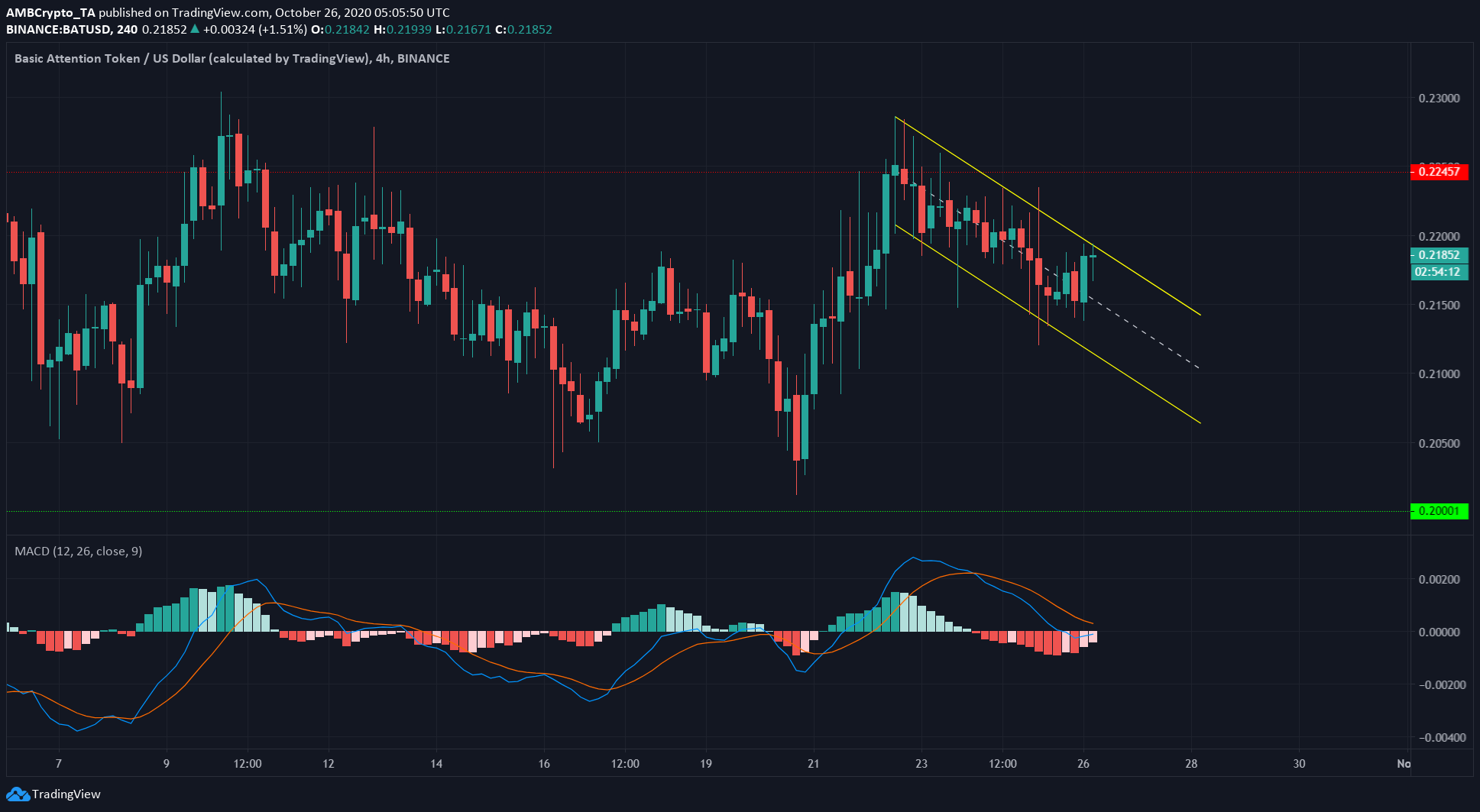 Basic Attention Token was moving within a descending channel (yellow). The MACD indicated that bullish momentum had been waning for the crypto-asset for the past few days. However, the MACD was above zero, at press time, and the momentum could be shifting.

The cryptocurrency’s price was trading just under the upper trendline of the channel. A close above the same could see BAT climb to $2.25 in the short-term.

In other news, Brave announced a partnership with the cryptocurrency card game Splinterlands. 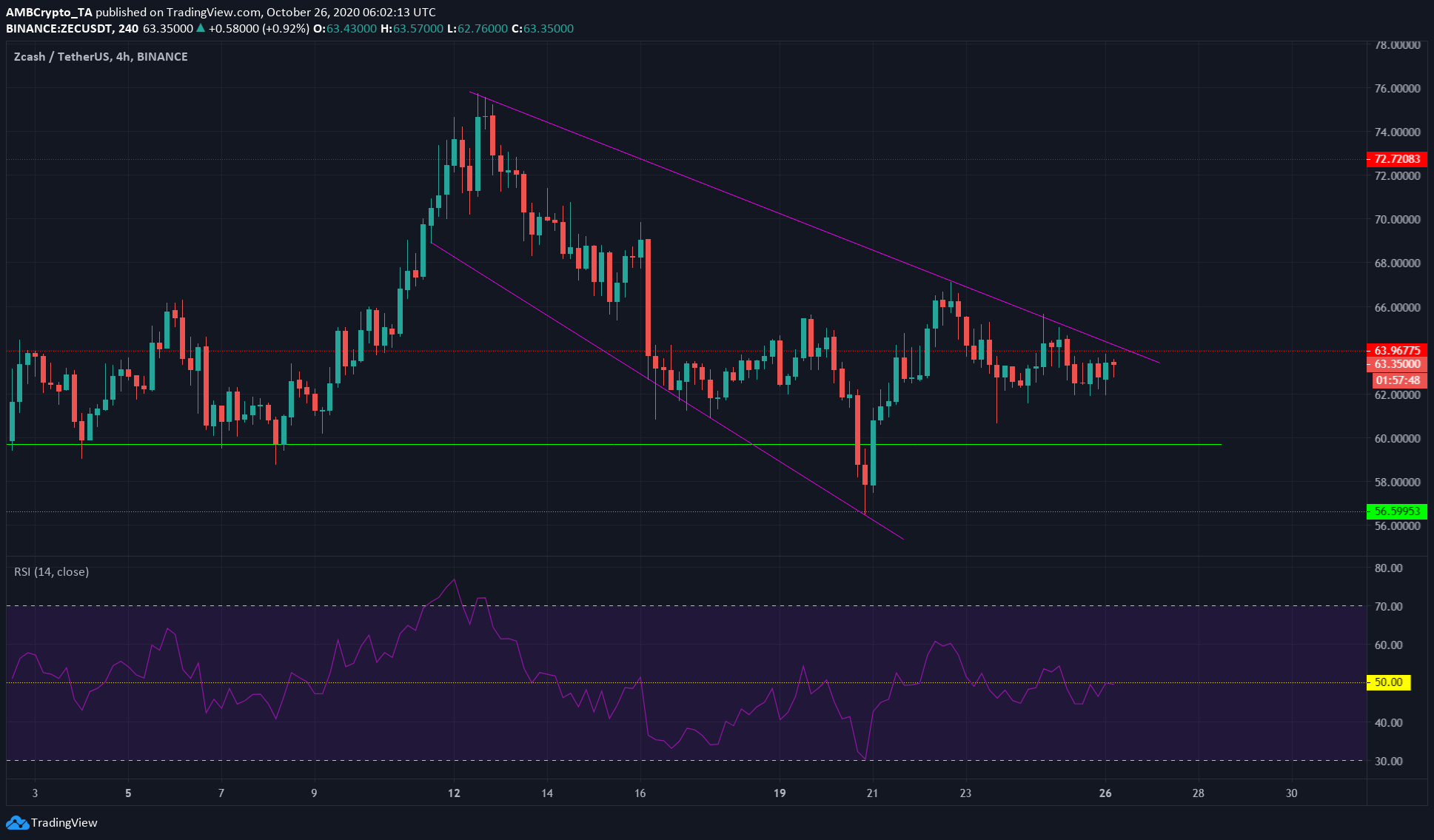 Zcash was forming a descending broadening wedge (pink). This pattern generally sees an upward breakout if the price closes above the upper trendline. This could see ZEC post gains and rise towards $74.

The RSI underlined that the trend had been heading south for the asset a week ago, but the momentum reverted to neutral over the past few days.

$FARM down by 70% as Harvest Finance faces ‘economic attack’