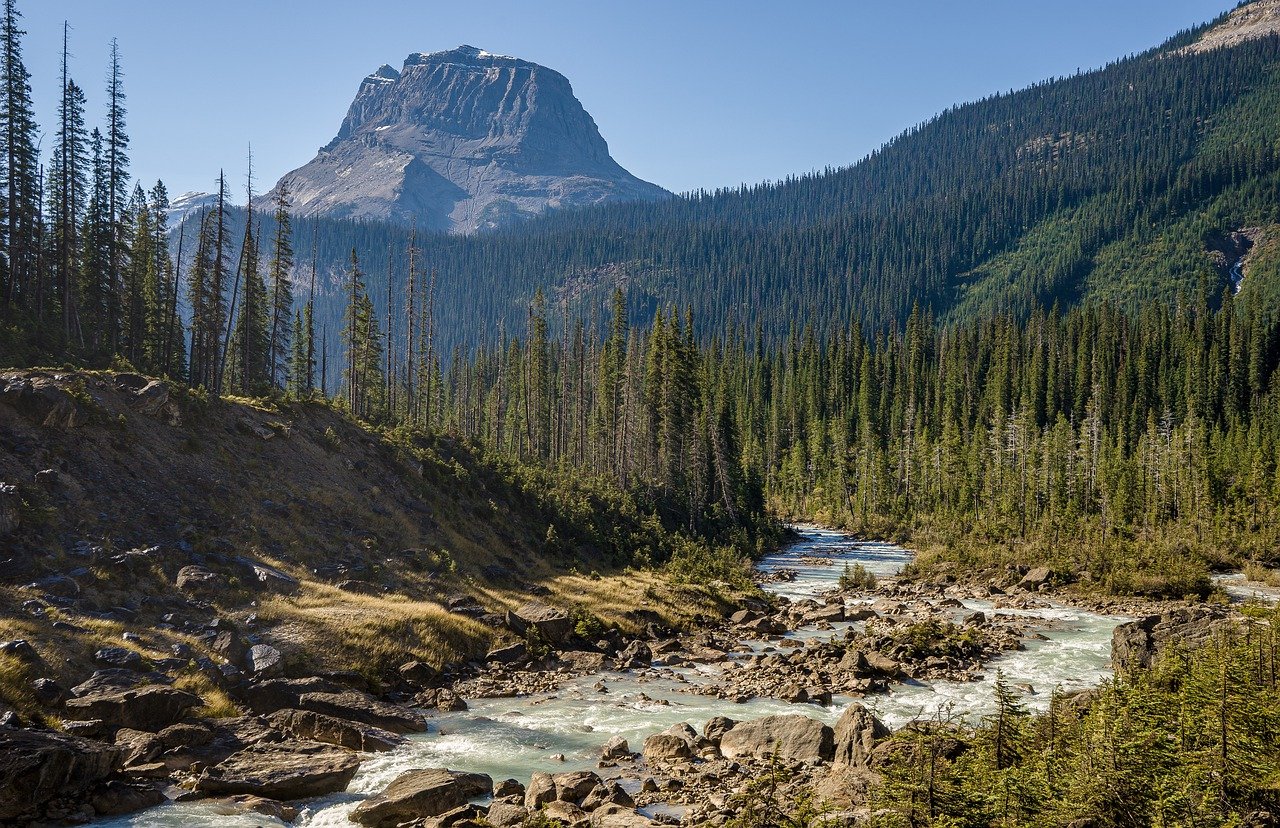 Following Bitcoin’s week-long price surge till its breach of the $13,000 level; Chainlink and Tezos also appeared to be bullish, with the two alts trading in green zones at press time.

DASH on the other hand succumbed to selling pressure, after going through a short breather of bullish sentiment just a few days ago. 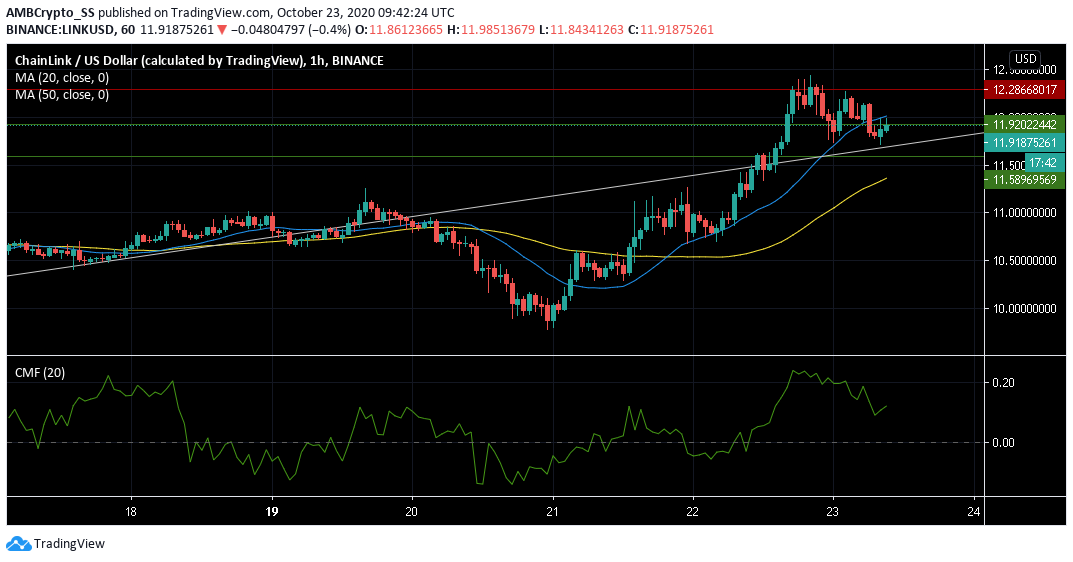 Chainlink in an impressive display of bullish sentiment over the past 48 hours, continued to maintain its upward price momentum, staying above its trendline.

The Digital asset also displayed a golden cross yesterday as its 20-period simple moving average in a bullish crossover rose above the 50 SMA.

Chaikin Money Flow Indicator was well above the zero line, further signaling a scenario of the capital inflows being greater than outflows, meaning a buying pressure could see the asset note further gains over the upcoming trading sessions. 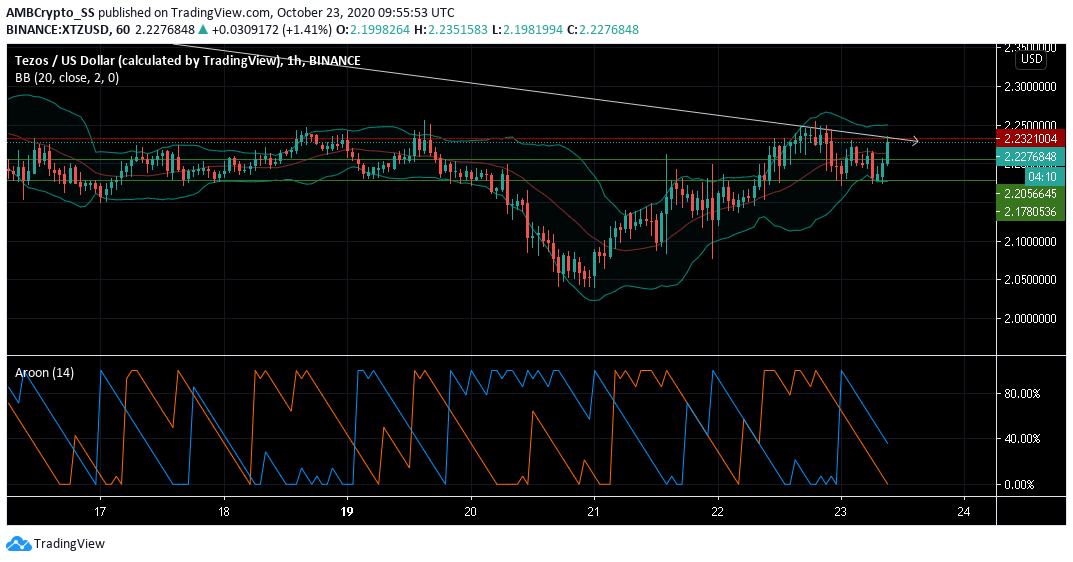 At the time of writing, Tezos was valued at $2.227 close to its immediate resistance level. The overall view in the XTZ market remained slightly mixed given the presence of a highly volatile condition.

The divergence seen in the Bollinger bands signaled a rise in the volatility levels as could be seen in the charts, with price levels quickly moving above from lower bands.

XTZ bears seemed exhausted by the rejection at the support level after a strong buying pressure pushed up the digital asset’s price by almost a percent.

However, given the mixed sentiment, Aroon indicator, with Aroon down (blue) staying above the Aroon Up (orange), signaled a bearish sentiment, although the sell signal remained fairly weak. 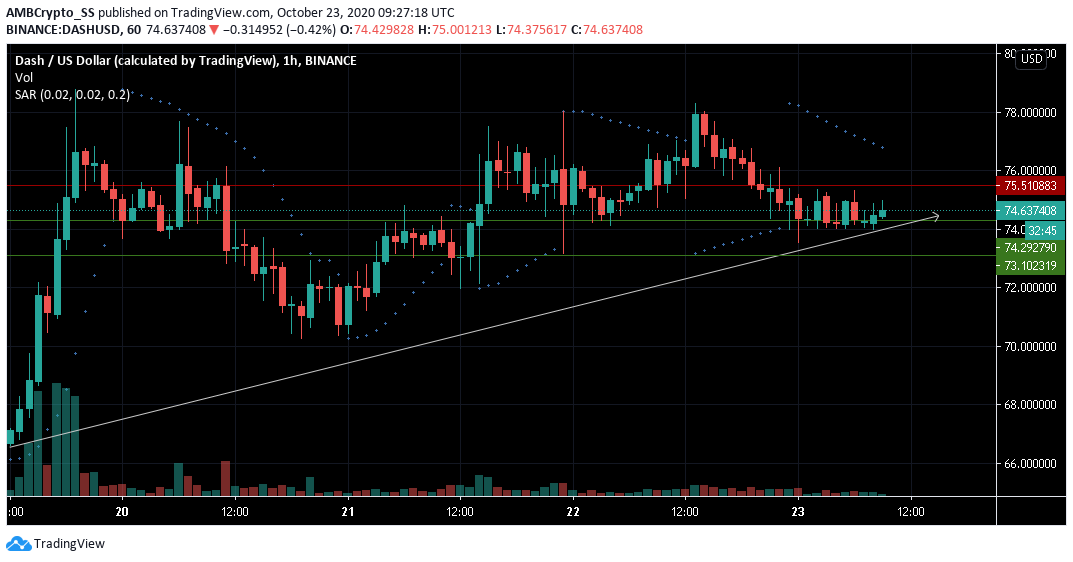 DASH was seen around the $74.292 support level at the time of writing after falling below a key resistance level. This bearish price movement followed a decline of 1.5 % since yesterday.

The dotted lines of the Parabolic SAR above the candles also supported a further downtrend.

But, below-average volume levels also indicated the possibility of a price consolidation along the coin’s immediate support over the coming days.

If DASH bulls fail to maintain the price along the immediate support level, the existing selling pressure could cause DASH’s trading price to fall even further.

Should Ethereum no longer be classified as an altcoin?