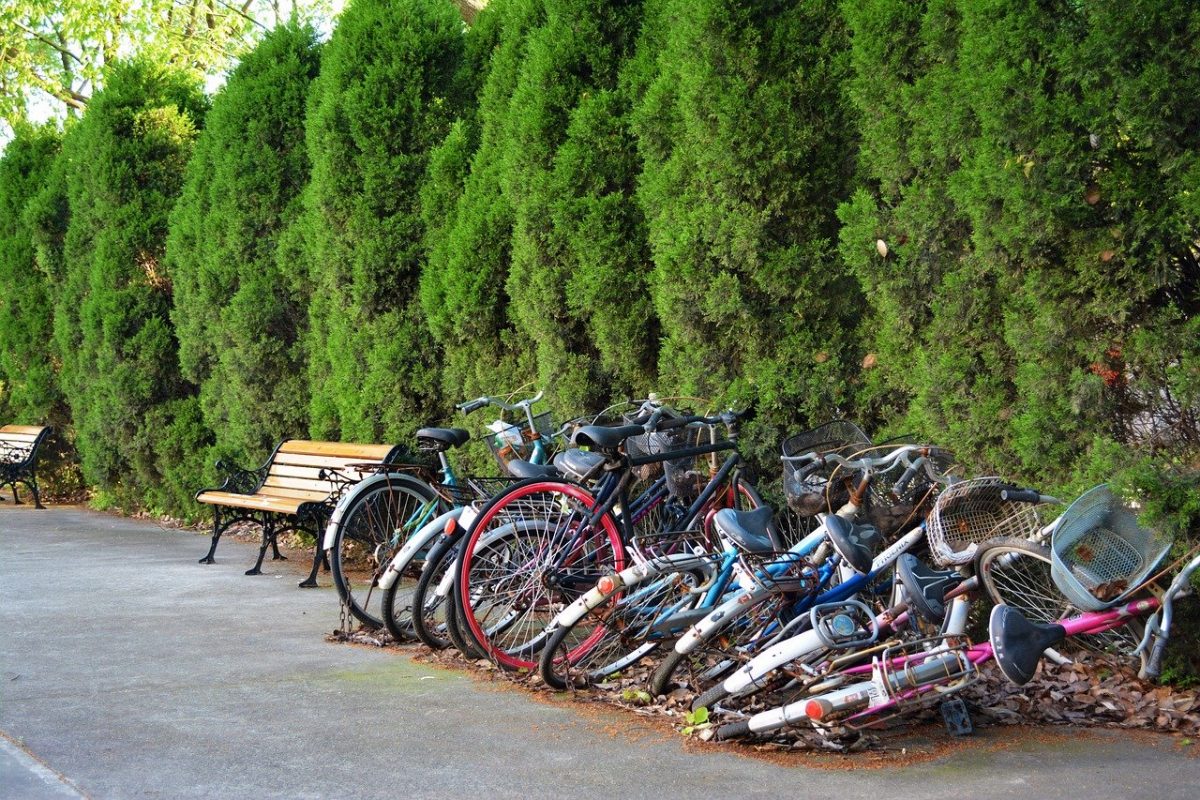 The Crypto Fear and Greed Index actually showed a rise from 71 to 74 on the previous day as the US Presidential Election continued to progress with a winner not yet officially announced. Markets hate uncertainty, yet the bullish sentiment appeared stronger. On the charts, Chainlink continued to trend lower as it nestled above a level of support. Maker exhibited a bullish divergence, while Ethereum Classic continued to move with momentum to the downside. 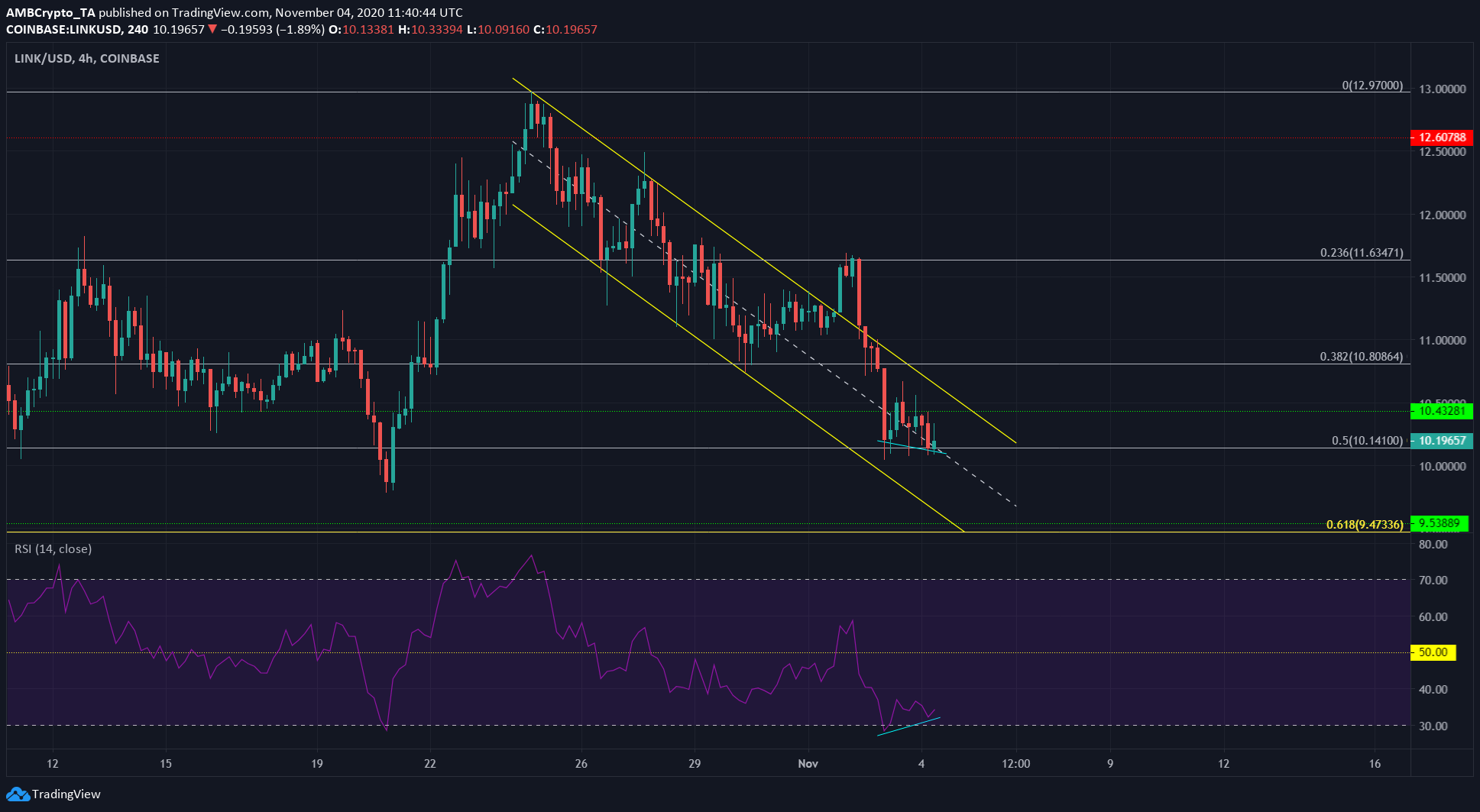 The Fibonacci Retracement tool, used on LINK’s move up from $7.31 to $12.97 in late September, highlighted important levels of retracement for the coin.

Like many other altcoins over the past few hours, LINK was also trading just above an important level of support. It exhibited a bullish divergence between price and momentum (RSI), as the price formed a lower low while bearish momentum was on the wane.

This divergence can see LINK test the level at $10.4 once more, but a close above that was not yet certain.

LINK was moving within a descending channel, and hence only a close above the channel would likely presage a surge upward. Until then, the short-term outlook would remain bearish for the crypto-asset.

In other news, Chainlink Price Oracles integrated with Equilibrium to power stablecoins, lending, and synthetic assets on Polkadot. 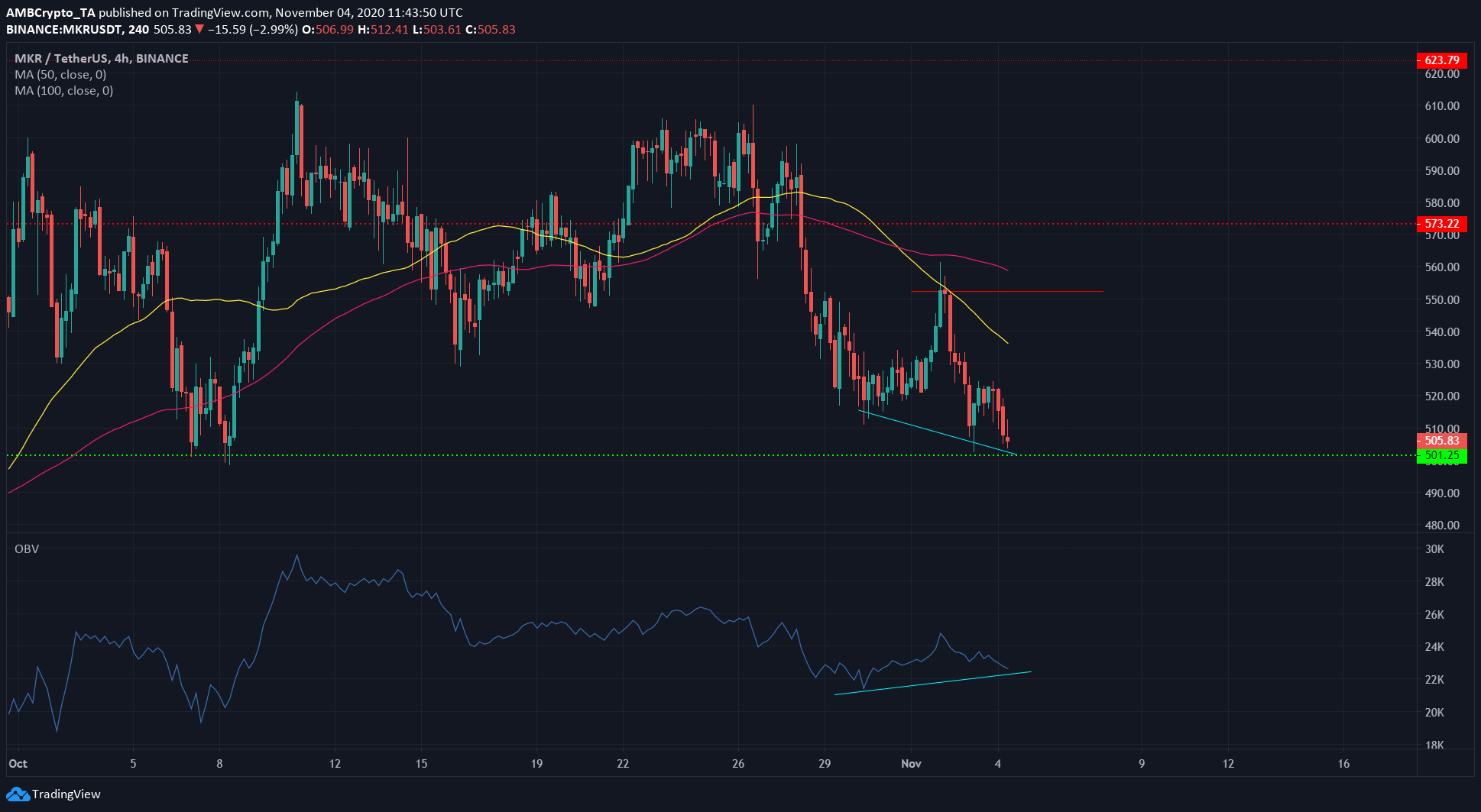 The level of support at $500 has importance both technically as well as psychologically, and could be pivotal for bulls to defend.

There was also a bullish divergence spotted on the OBV. Highlighted in cyan was the OBV making higher lows, indicating increased buying volumes even as the price formed a lower low.

This buyer interest could keep MKR afloat above $500 in the short term, with a possible bounce upward as well. 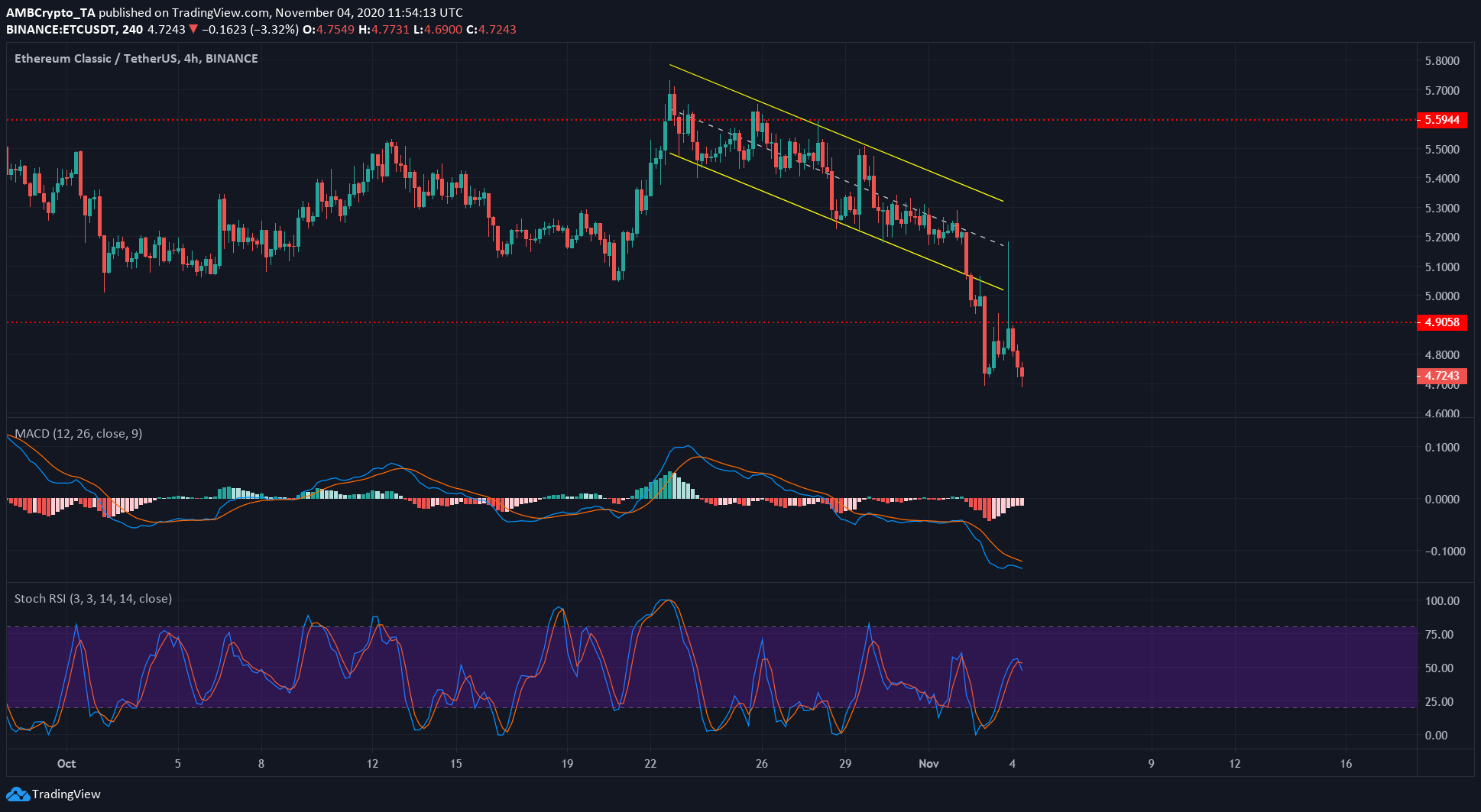 Ethereum Classic lost the level of support at $4.9 and retested it as resistance before it headed downward once more in recent trading sessions.

MACD showed no let-up in bearish momentum and continued to generate a strong sell signal, and has been for a few days now.

The Stochastic RSI moved upward out of oversold territory as ETC retested the flipped level. Further losses were likely for ETC, and a move beneath $4.69 could see ETC seek support at $4.46 over the coming days.