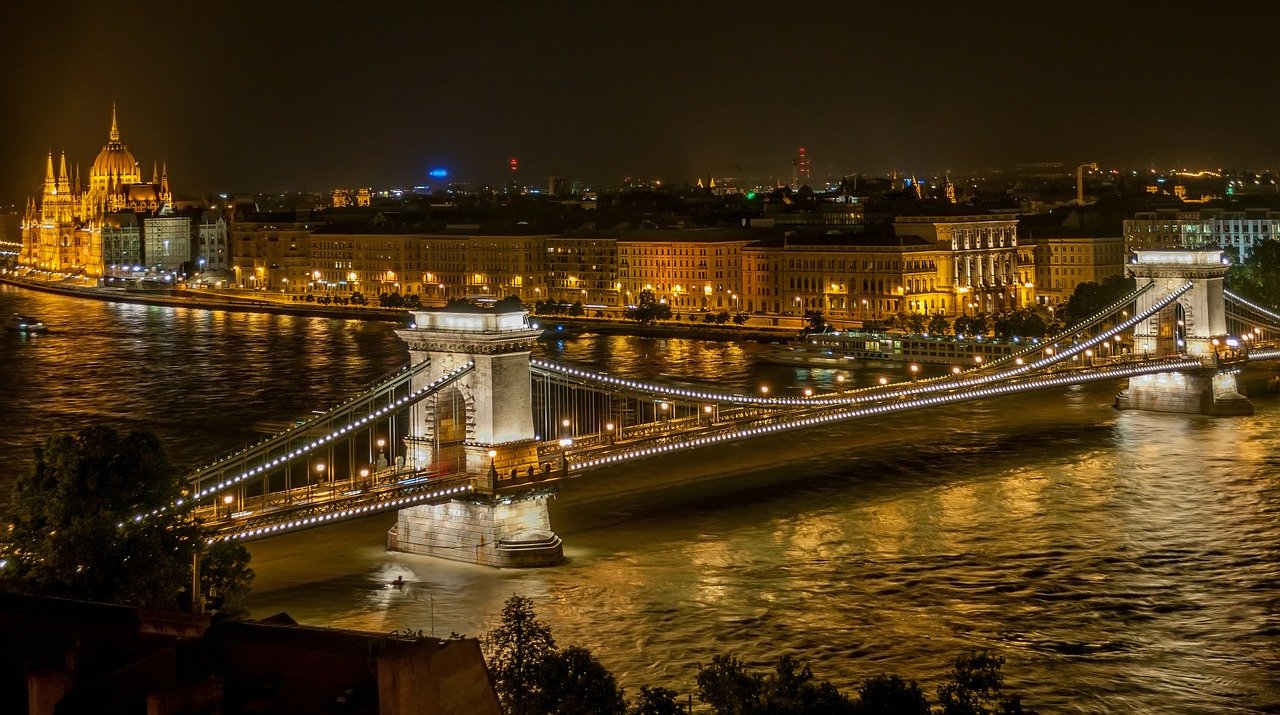 Bitcoin’s market cap was at $361 billion as the market eagerly anticipated a daily close above ATH. Chainlink was trading within an ascending channel and recently flipped the $14 psychological level to support, and could do the same to $14.5 resistance over the next few trading sessions. Crypto.com Coin attempted to recover from its recent losses but toiled under a longer-term downtrend. VeChain could see a breakout in the coming hours toward $0.0178 resistance. 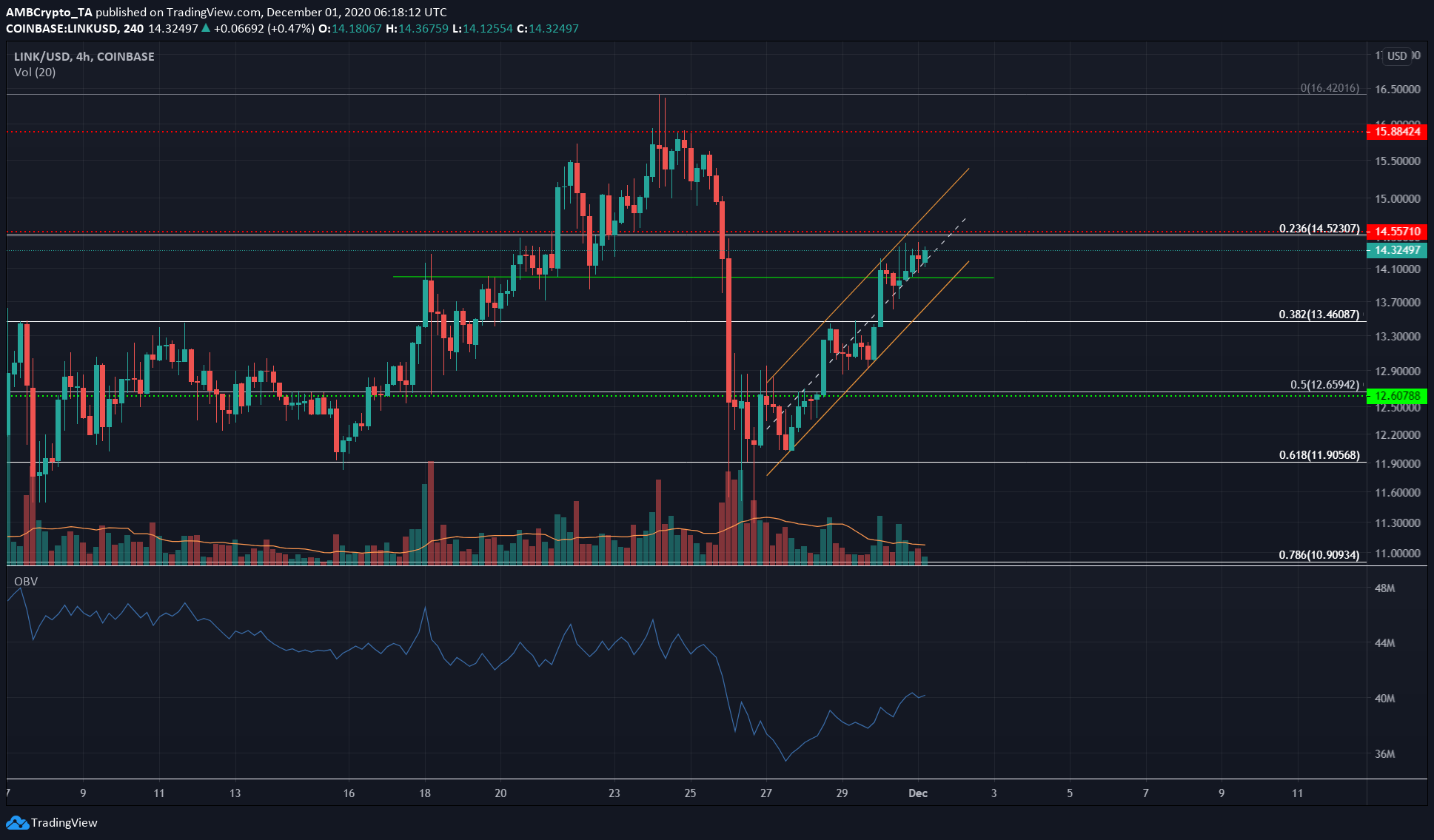 Chainlink was trading within an ascending channel. The OBV registered higher lows over the past few days, since LINK’s drop below $13, and indicated that buying volume backed the recent rise in price.

$14.5 has been a stiff zone of resistance for LINK in the past and will not differ this time around. Yet, the strong bullish outlook for Bitcoin and Ethereum could lend LINK bulls a helping hand in driving prices higher.

In other news, Chainlink announced its support for the development of in-demand Ethereum infrastructure projects via its participation in Gitcoin Grants Round 8. 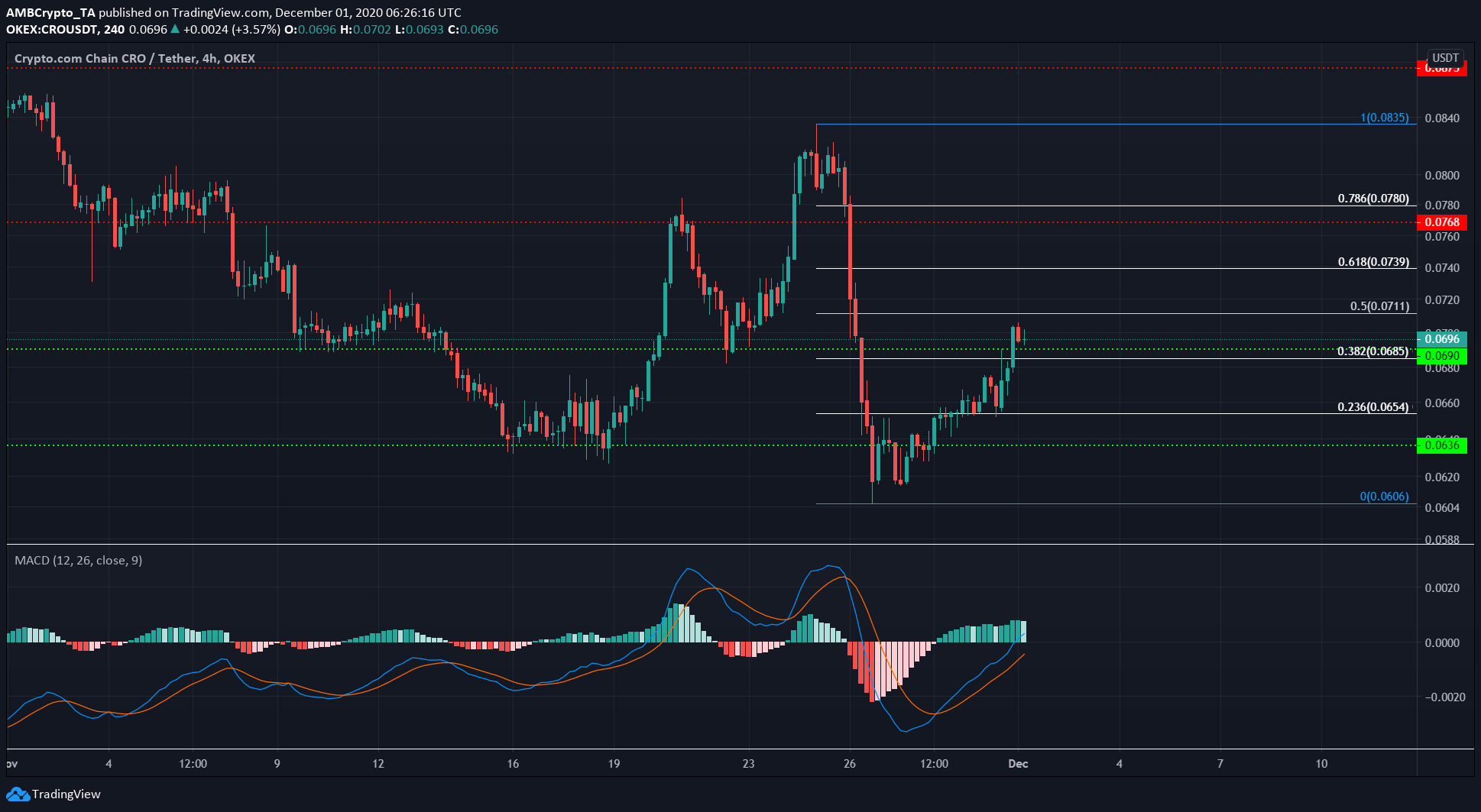 The longer-term trend for CRO has been downward. Yet, before the recent drop from $0.08 to $0.06, CRO had been in a short-term uptrend.

Before the coin had a chance to consolidate its gains, it dropped by nearly 25% overnight. Following this drop, it had once more been making a stream of steady gains.

Using the Fibonacci Retracement tool to highlight some levels of resistance, we see that the 50% level at $0.0711 would be important in the short-term.

Bulls could use it as a base to launch the price toward $0.08 once more. The MACD was on the side of the bulls and was close to rising above the zero line as well. 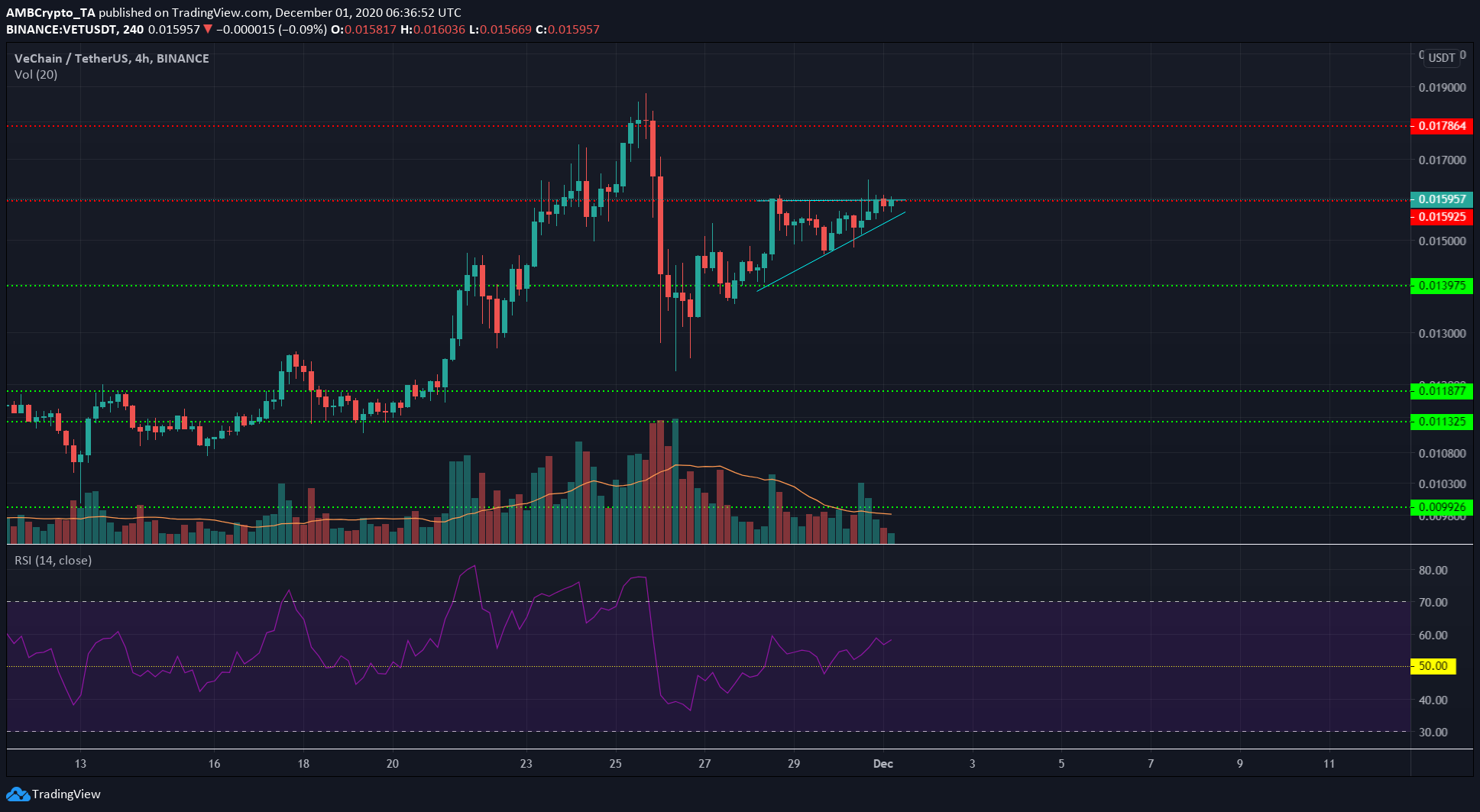 From the 26th to 28th, the price started on its road to recovery by flipping $0.0139 resistance to support. The bounce turned into a possible short-term uptrend.

Since then, VET formed an ascending triangle on the charts. In the past few days, the trend has been upward and it was likely that $0.0159 resistance will also be flipped to support in the coming hours.

The RSI has not dipped below 50 over the past couple of days, to denote the bullish trend behind the price, and stood at a value of 58 for VET. This was also likely to climb alongside the price over the next few days, and the next level of resistance lies at $0.0178.