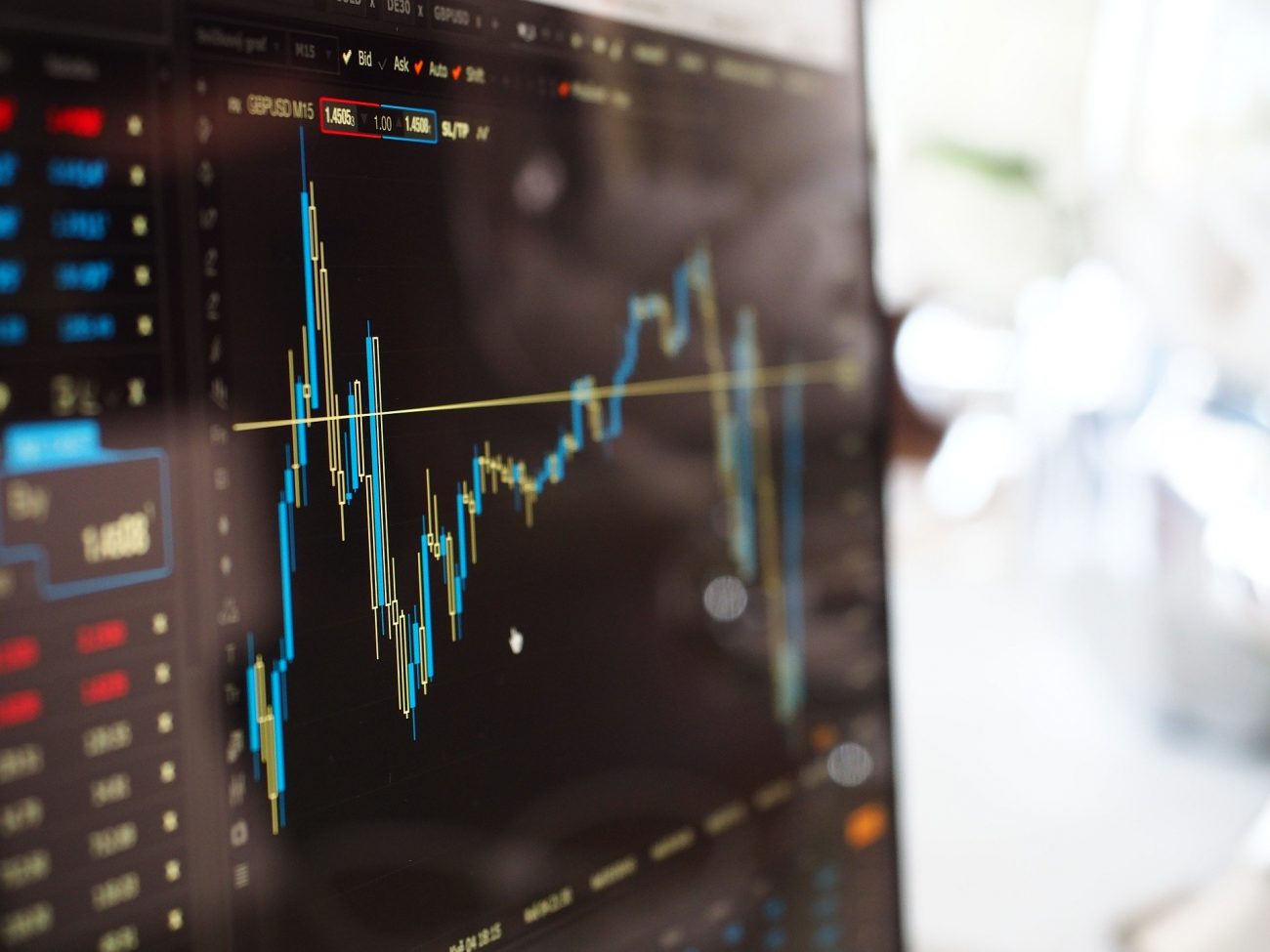 At the time of writing, the crypto-market had found some modicum of stability after a few days of consistent growth and consolidation. While Bitcoin, the world’s largest cryptocurrency, had strengthened its position over the $7k mark, many of the market’s altcoins, taking the king coin’s lead, were continuing to record fresh gains. The examples of Cardano, Stellar, and Digibyte are cases in point. 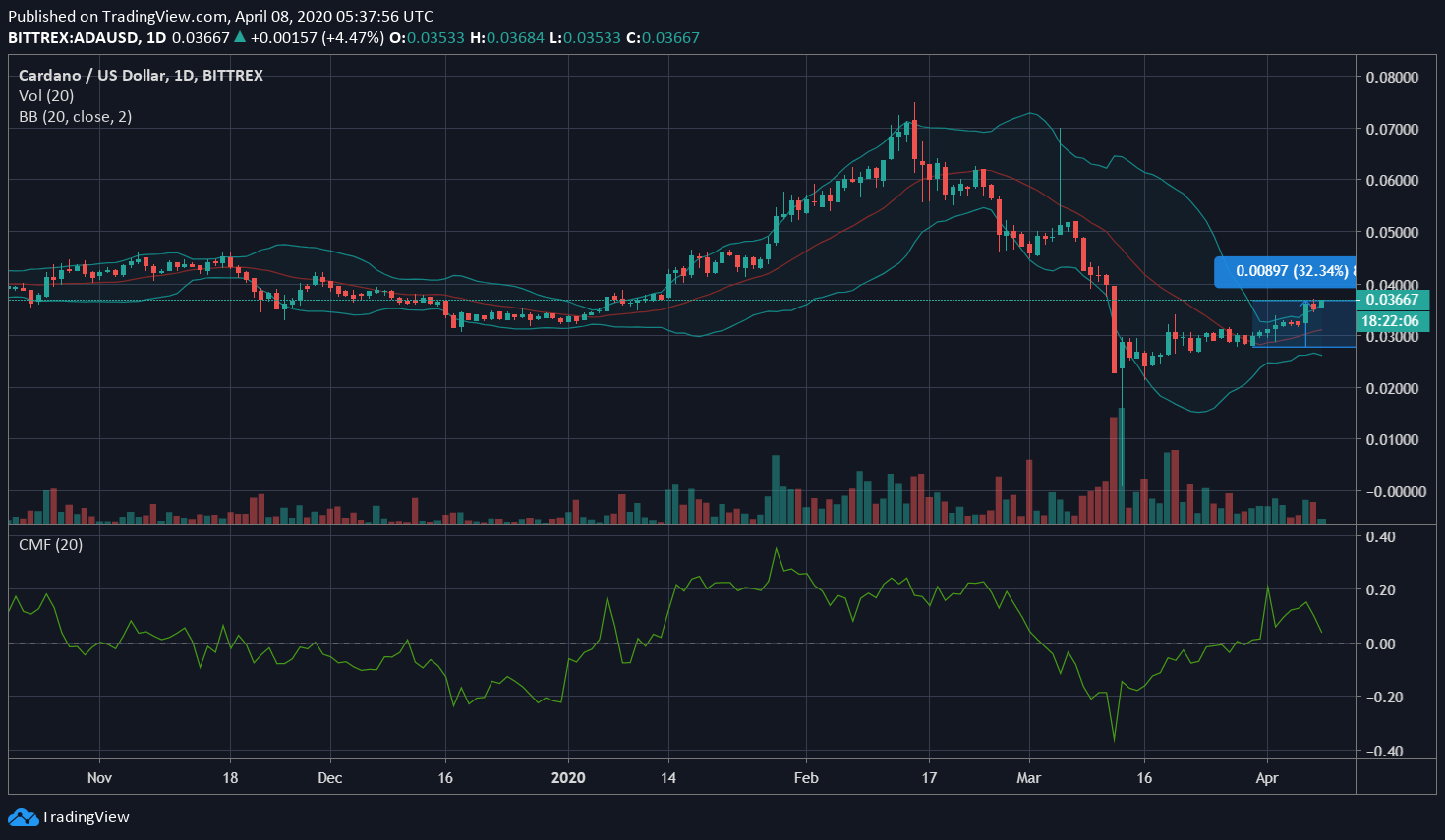 It has been a fruitful month for Cardano. A week in which IOHK’s Charles Hoskinson announced the launch of Byron Reboot, an upgrade that is meant to enable a seamless transition to the Shelley era of Cardano’s ecosystem, the altcoin continued to record new and further gains. At the time of writing, ADA had recorded a growth of over 32% in its value in just 10 days. It must be noted, however, that the general health and movement of the larger market did contribute to Cardano posting these gains.

After a period of brief surges, it would seem that Cardano was ready to mellow down and consolidate its position below its resistance of $0.0399, something confirmed by the Bollinger Bands contracting, at the time of writing, indicating reducing volatility in the market.

The Chaikin Money Flow indicator also highlighted the growing bullishness in the altcoin’s market, with the same presenting a picture of growing capital inflows into the ADA market. 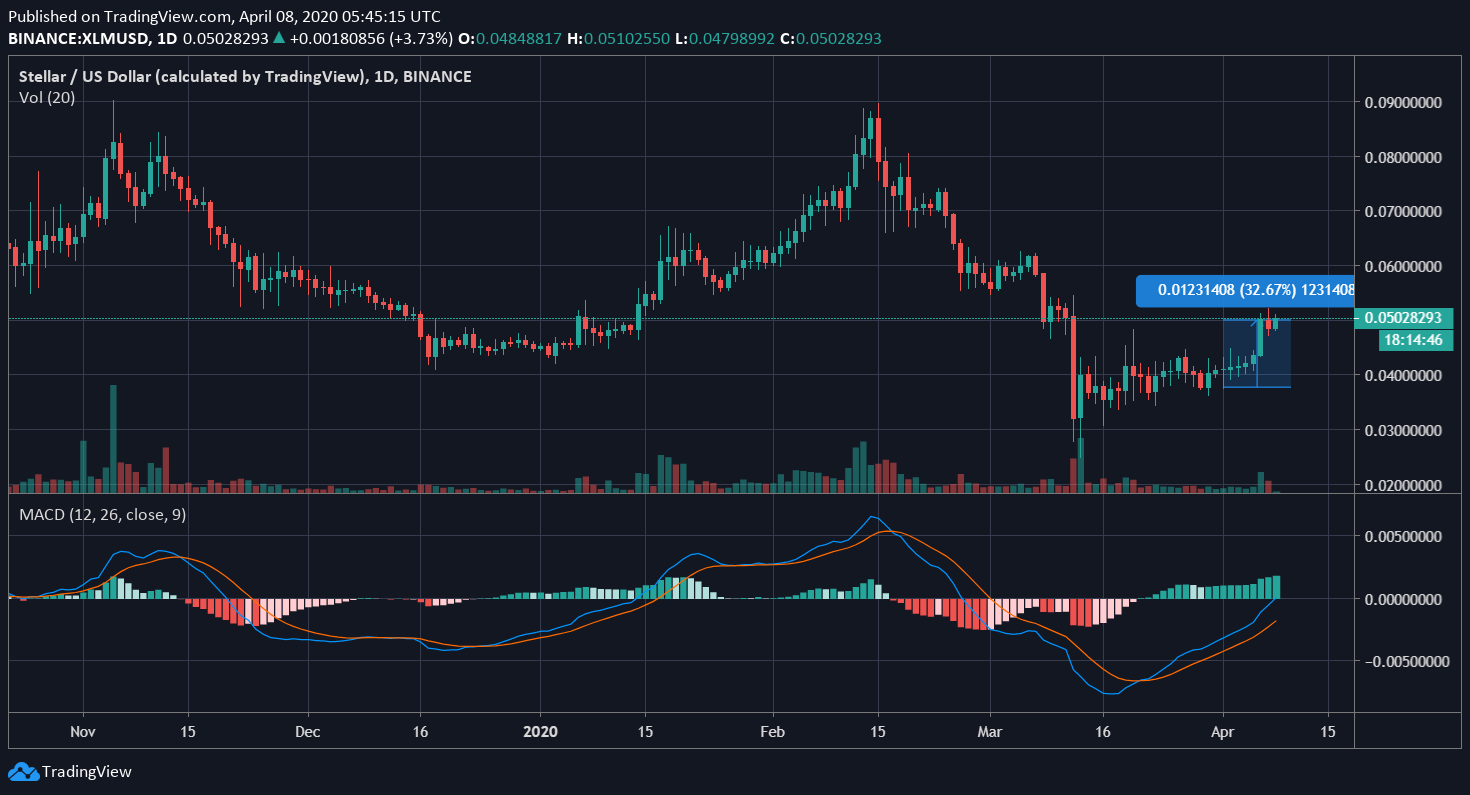 The Stellar Development Foundation, the non-profit supporting XLM, has been in the news quite a lot this year. In fact, the most recent development involved the SDF’s extensive donations and efforts to fight the Coronavirus pandemic.

On the price front, XLM was doing much better in comparison to its recent past. At the time of writing, it was being traded at $0.050, with the token still a long way from breaking its resistance at $0.058. However, it must be pointed out that much of XLM’s growth was contributed to by the token’s 6 April surge.

The MACD line continued to hover above the signal line, a confirmation of the persisting bullishness in the market. 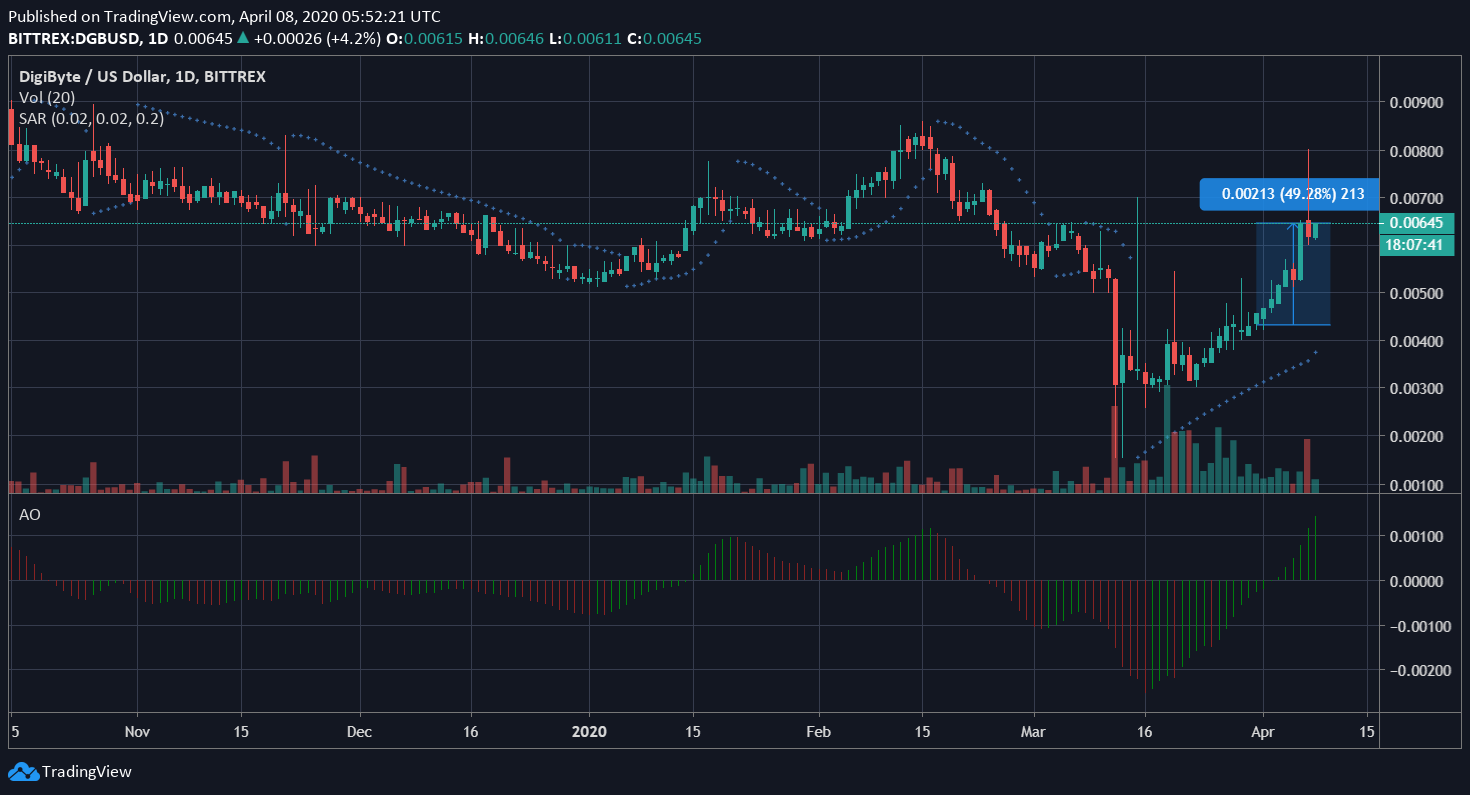 Optimism has been high lately in the DigiByte ecosystem, especially after DGB surpassed the 13 billion circulating supply mark. In fact, this recent development was heralded by the creator of DigiByte Jared Tate too, with Tate claiming that DGB is “battle-hardened and proven.”

This optimism was reflected by DigiByte’s 24-hour price charts as well, with DGB having recorded a 49.28% price increase over the past 10 days. At press time, DGB was priced at  $0.006, with the token well-set to breach its resistance at $0.007.

DigiByte’s staggering price movement was confirmed by the Parabolic SAR and the Awesome Oscillator as well.