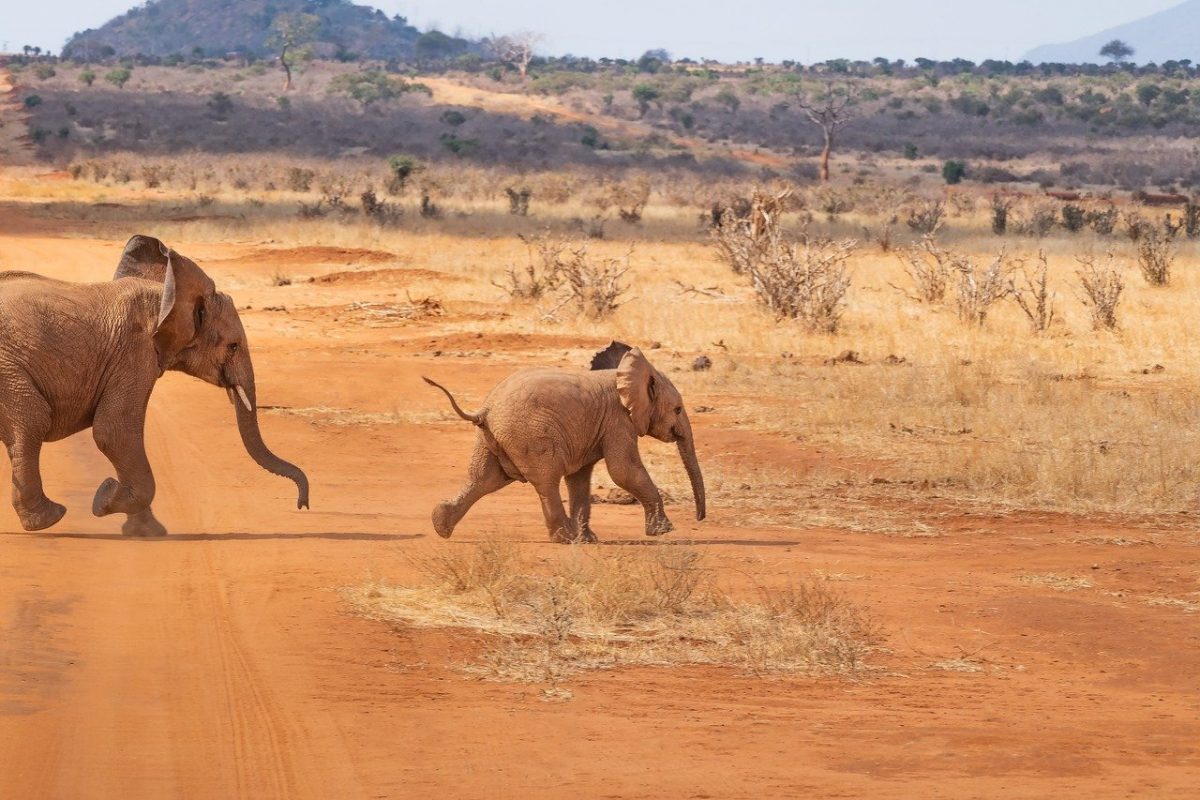 Sometimes large-cap altcoins move on the charts like they are in sync, and that has been what was happening over the past few days. Ethereum surged from $500 to $600 and so did the majority of the altcoin market. Cardano and VeChain were in a pretty similar scenario. Both coins saw registered gains of nearly 50% over the past week and were retracing some of the gains made. IOTA spiked to nearly twice the value it had been in early November but was forced to pull back as well. 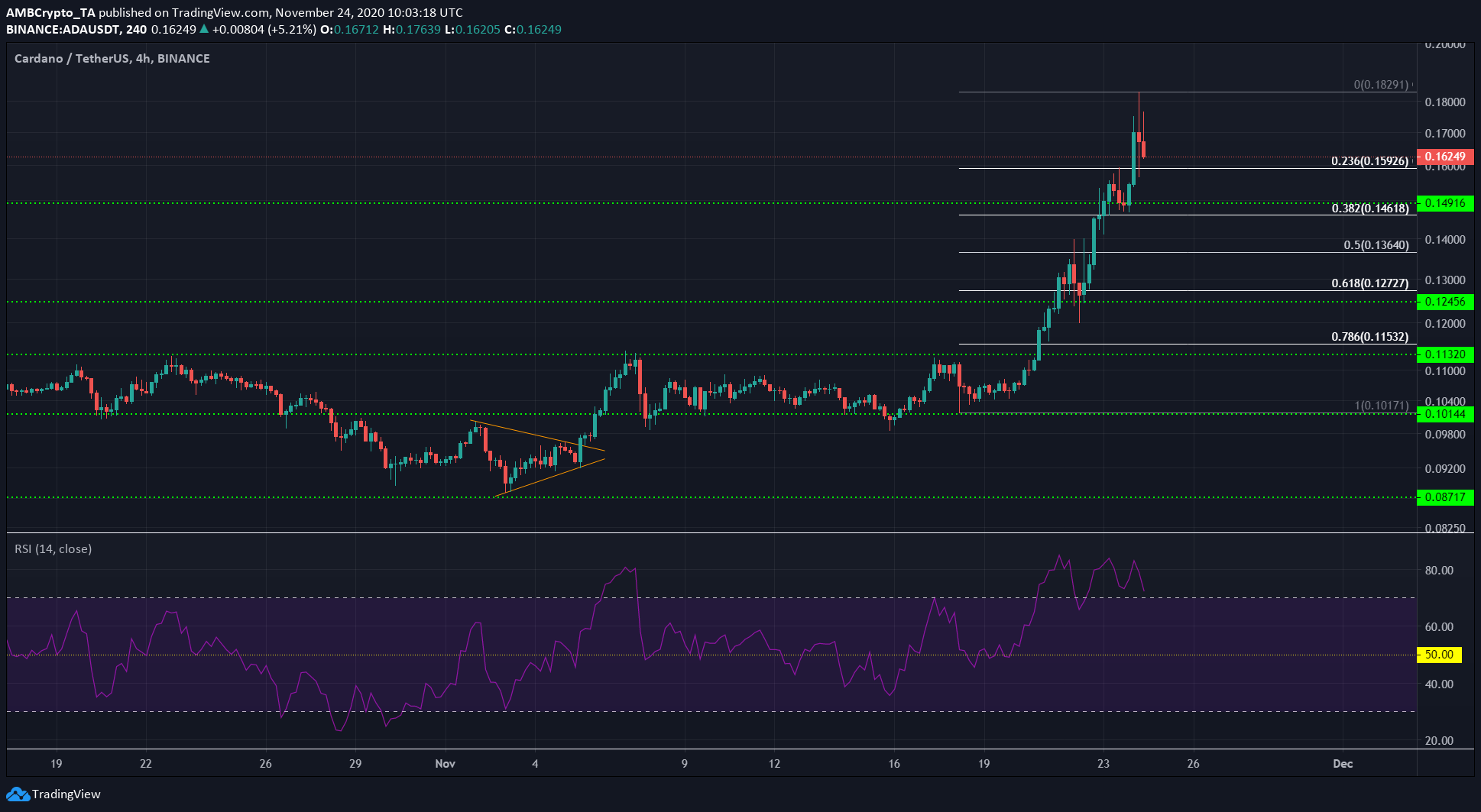 The RSI was in overbought territory and has been for nearly two days now. The momentum indicator also failed to register new highs even as the price did exhibit a bearish divergence.

The past few sessions also saw long wicks above the candles to suggest sellers were aggressively pushing the price down. This could flip in the support of bears soon, as traders can be expected to take-profit at this level as well. 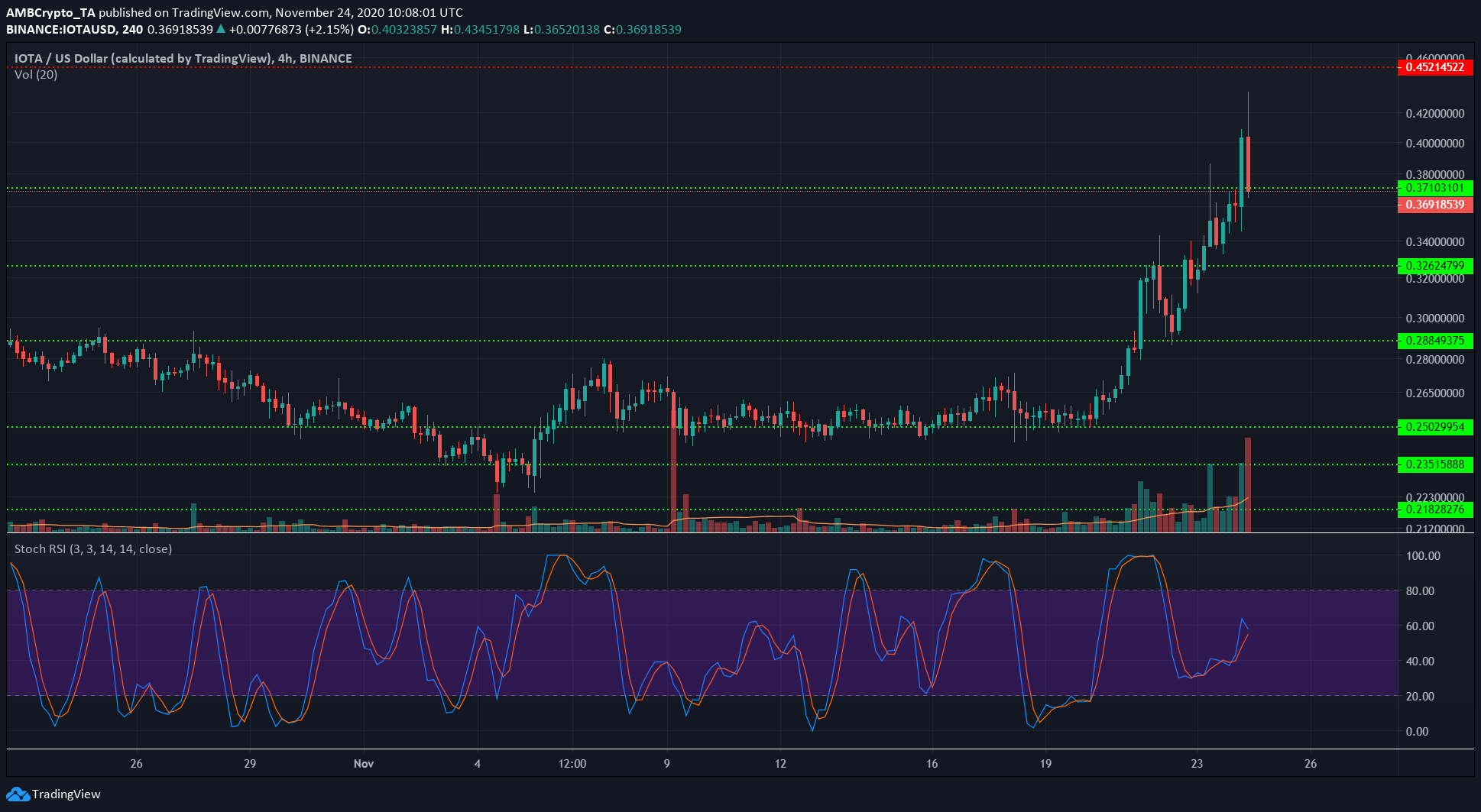 IOTA spiked to a local high of $0.434 and saw a strong bearish candle formed. A candle close below $0.37 support would usher in further losses for the coin and could see IOTA drop to $0.32.

A close above $0.37 would signal a possible defense of the support level, although the price would need to then begin to post another round of higher lows above $0.37 to signal a continuation of the uptrend.

In conclusion, IOTA still had a strong bullish outlook, and bulls would look to defend the $0.37 support level. 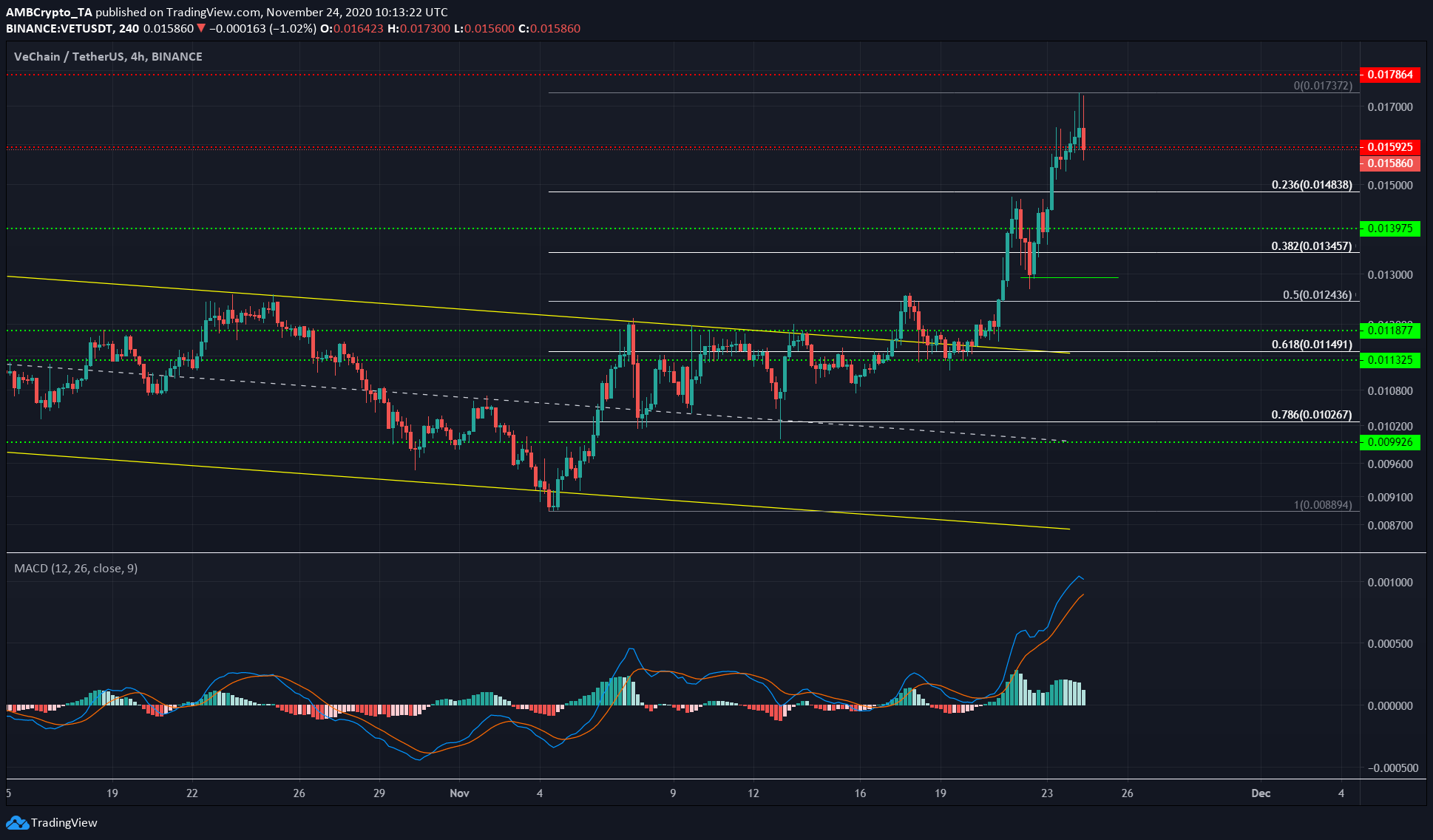 VeChain broke out of a descending channel and reached a local high of $0.0173. The Fibonacci Retracement tool highlighted some levels of retracement for VET.

These levels can be expected to act as support for VET on a pullback, and $0.0148, $0.0139, and $0.0134 would be levels to watch out for in the coming days. These are the regions where VET was likely to stop its dip and continue on the prior uptrend.