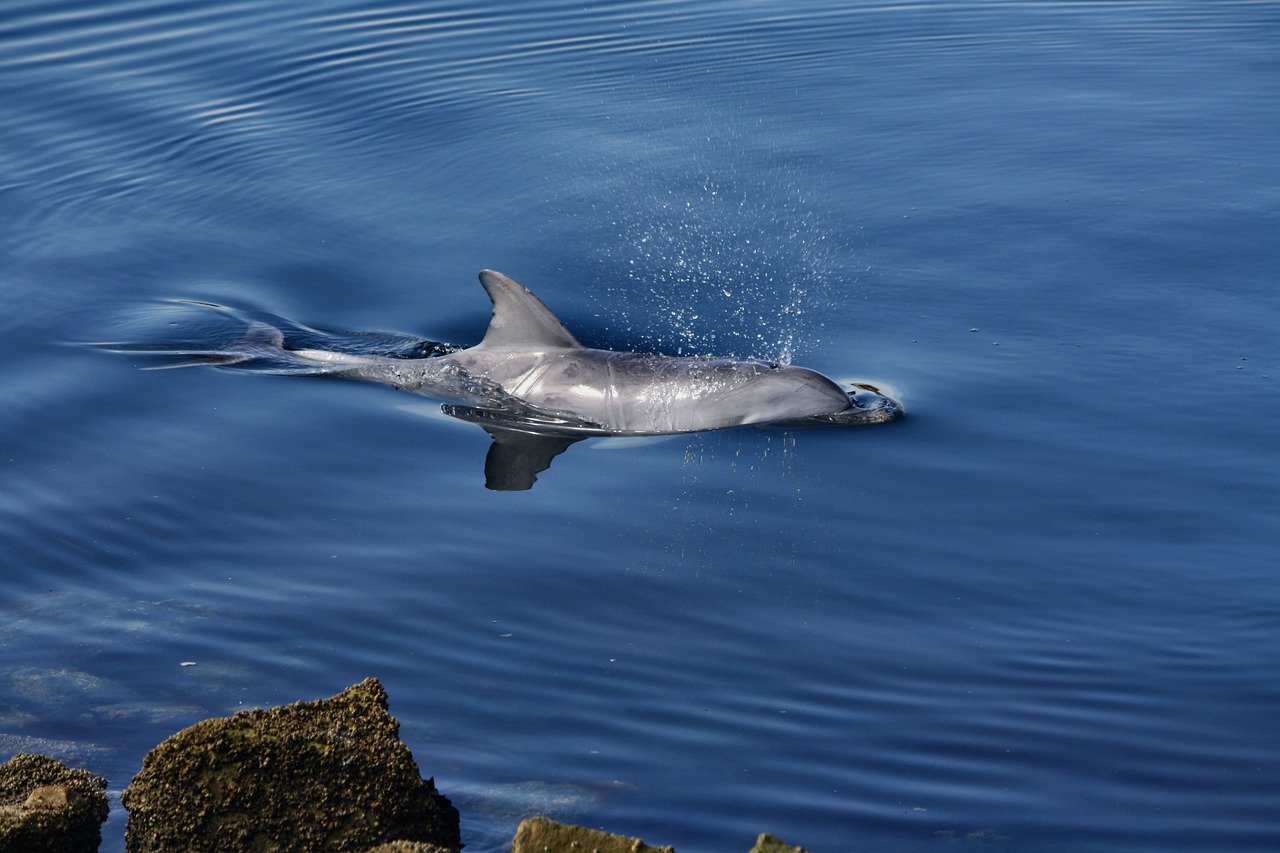 Bitcoin touched $19,000 and its surge coincided with a session of losses for many top 50 cryptocurrencies, reinforcing the notion that capital chases a Bitcoin surge and flows out of the altcoin market.

Polkadot and Dogecoin saw a sizable pullback on the most recent trading session, although their uptrend was unbroken. Monero saw an undocile trading session play out and could be headed for a dip in price as well. 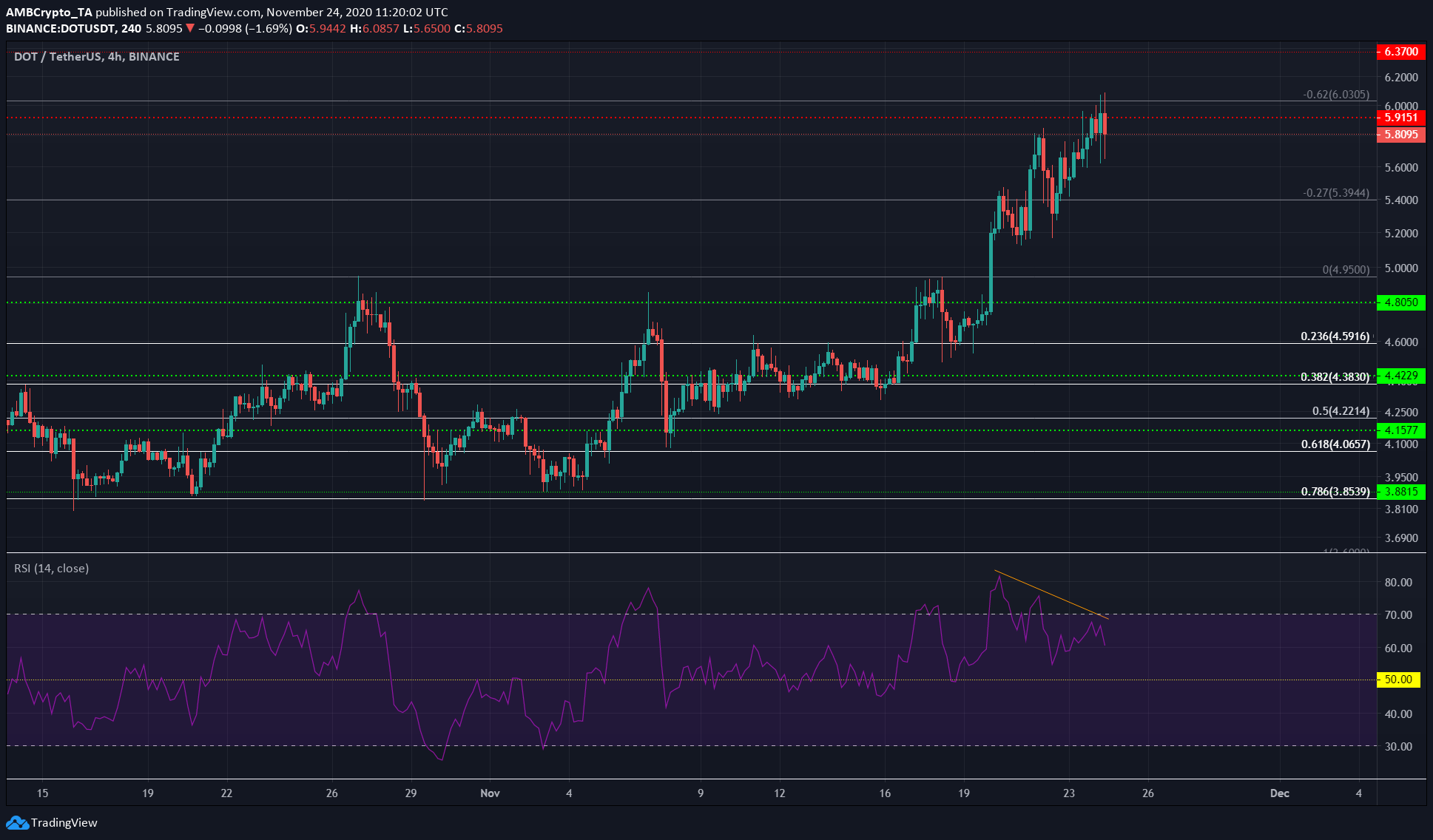 Polkadot has been exhibiting a bearish divergence between price and momentum and finally saw a pullback.

The Fibonacci Retracement tool for the move from $3.6 to $4.95 presented a 27% and 62% extension level as targets for DOT upon breakout past $5 level.

A breakout materialized and DOT reached a local high just past $6.035, the 62% extension of the aforementioned move.

DOT can expect to see a pullback to $5.4 before another move upward. The RSI can also indicate the end of the uptrend if it dropped below neutral 50 and retested it as resistance, accompanied by DOT posting losses. 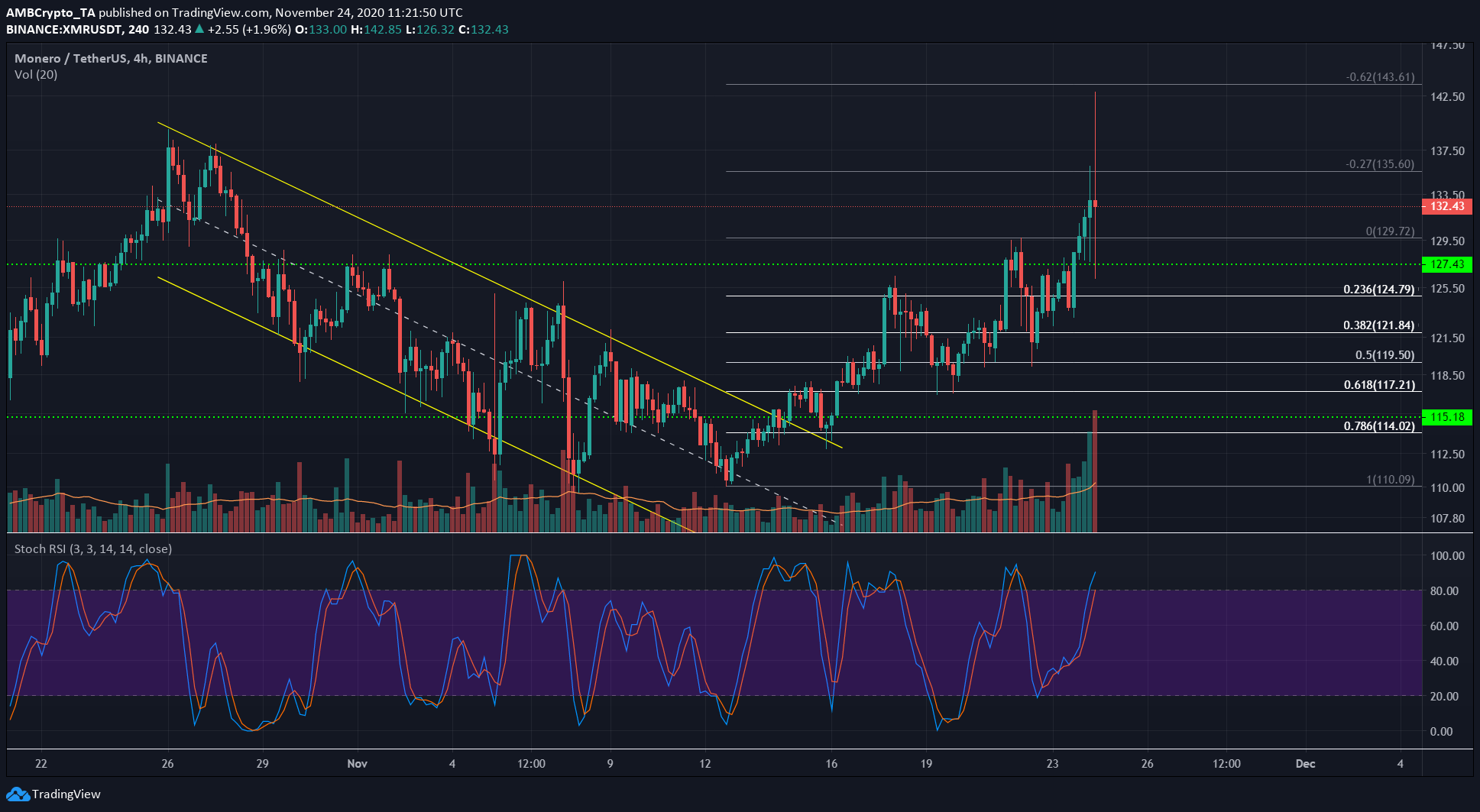 XMR has performed remarkably post its breakout from the descending channel. Once more, the Fibonacci extension levels proved useful in giving an upside target for XMR.

$135 was achieved, and the very next session saw prices zoom toward $143 before facing a huge wave of selling pressure that pushed as low as $125. $135 is interesting because, after $120, it is a level that XMR has not breached since July 2018.

In related news, the Blockchain analytics firm CipherTrace was reported to be developing the tools to track XMR transfers and has filed two patents within two years. 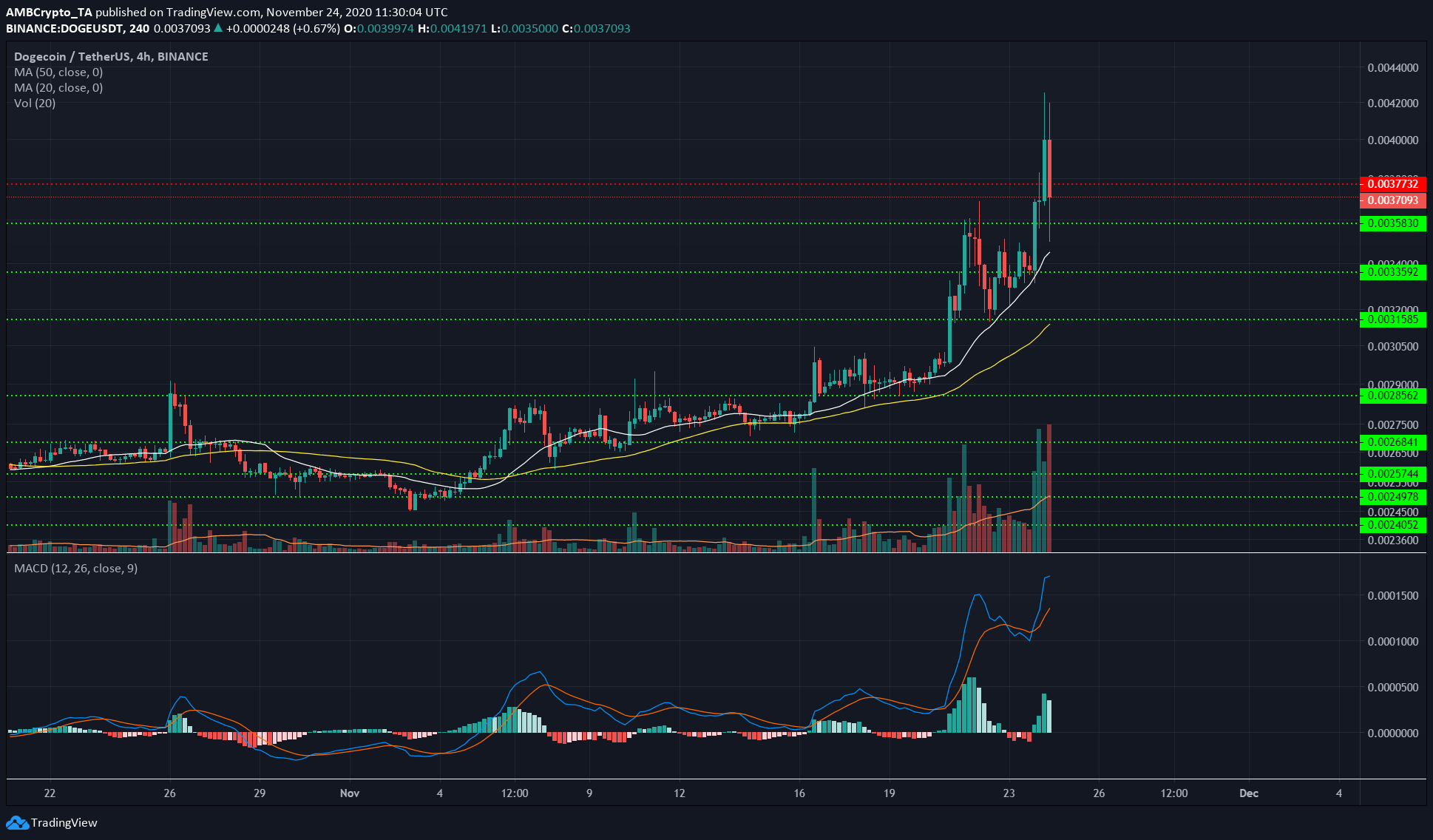 DOGE continued its ascent past levels of resistance as its 20 SMA (white) raced to keep up with the price.

The MACD indicated a possible overbought market, as the MACD and the signal lines were a ways apart. This could see DOGE post a pullback in the coming hours.

However, the rising trading volume legitimized the rise in price, and the bullish sentiment pervasive in the space at the time of writing could propel DOGE higher.

A close below both the 20 and 50-period moving averages could signal that bullish momentum had worn out and a period of consolidation or losses could begin.

‘Over $15 trillion will flow into gold and Bitcoin’