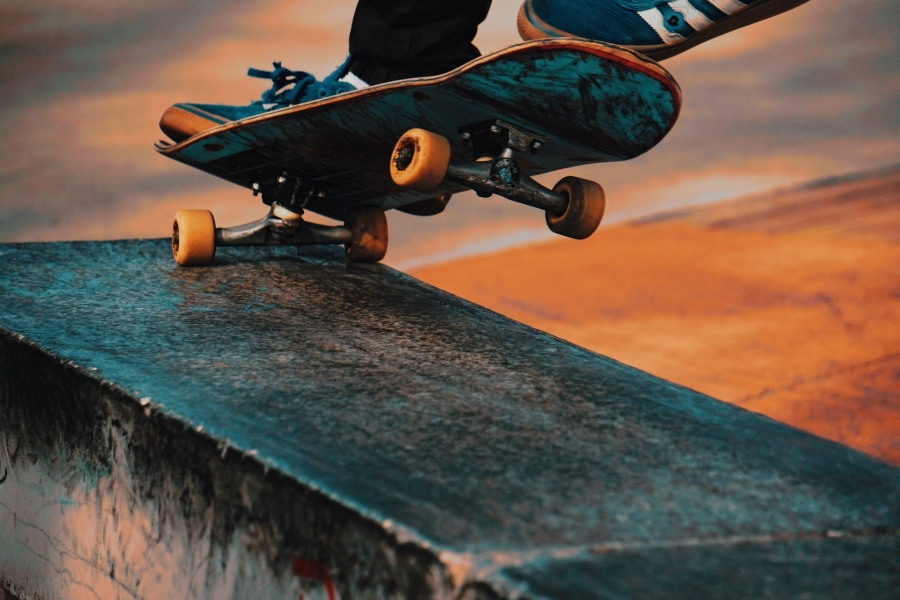 Cardano has seen a lot of positive movement this year, with the ADA token recording significant gains in the first month of 2020 alone. However, this might not be the end of its glory days as some bullish movement looks plausible in the short to medium term. At the time of writing, ADA had a market value of around $0.057, with a market capitalization of over $1.4 billion, according to CoinMarketCap. 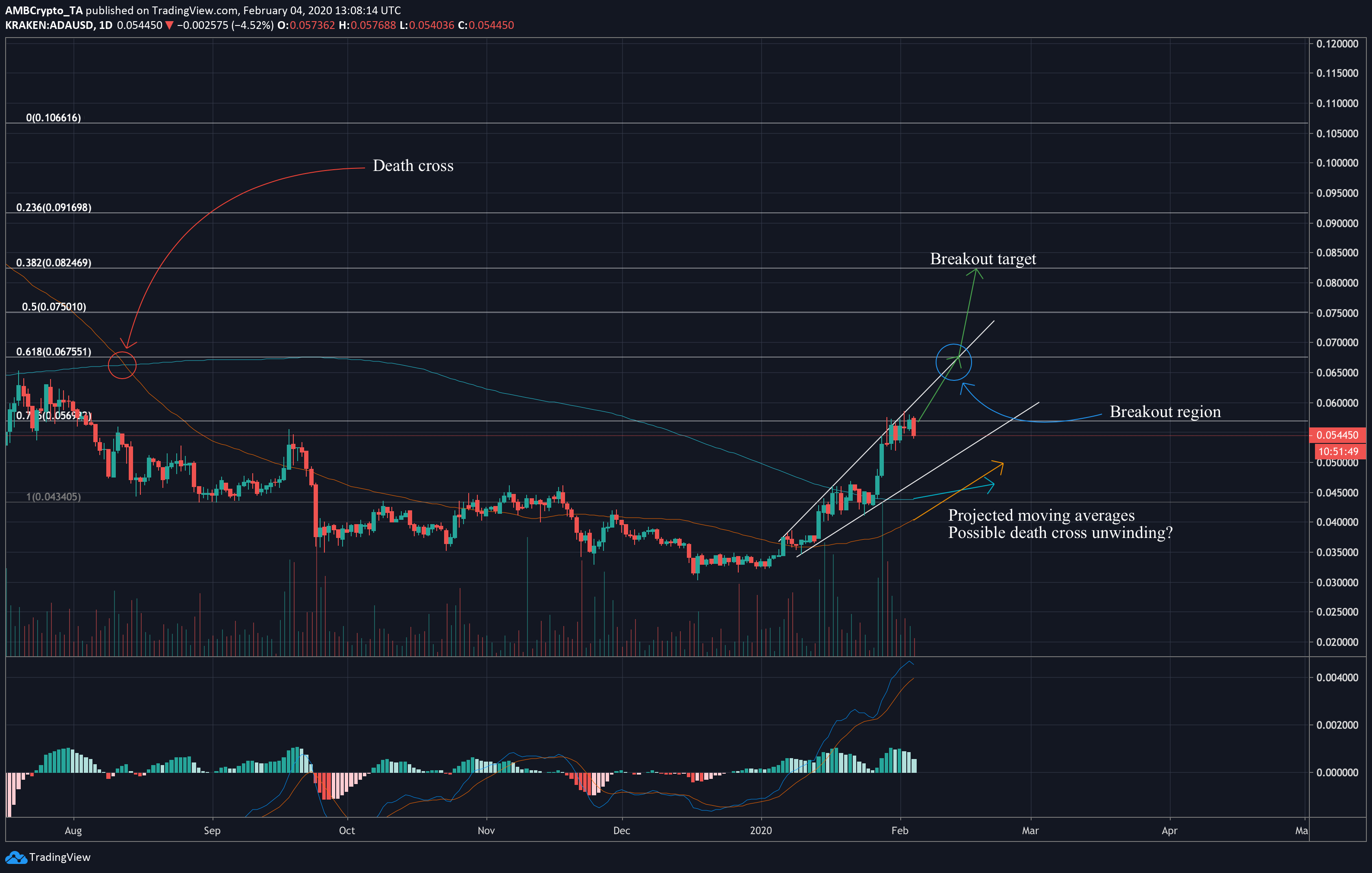 Cardano appeared to have been moving through an ascending broadening wedge formation since the second week of January. These patterns have an almost 50:50 chance of breaking out up or downwards, though technical indicators predict a high chance of upward movement at the time of writing.

The MACD looked quite optimistic, with the blue MACD line having maintained its bullish crossover for the last six weeks or so. Additionally, the indicator was bleeding green, indicating a more bullish environment over the coming weeks. A sufficient enough increase in ADA’s value could also facilitate the unwinding of this nearly 6-month long death cross, enabling a powerful breakout around mid-February.

However, since the start of the year, Cardano has been moving through the wedge in a staircase pattern, exhibiting sharp gains followed by a period of consolidation through sideways movement. This means that ADA might be in for some stability in the days to come before it rises to the 61.8% Fibonacci retracement line at $0.0675.

Cardano is likely to make a move to the breakout region at the $0.0675 level by the end of next week. If ADA‘s movements over the last month dictate its movements here on out, there could be some consolidatory movement before the move to the pattern’s upper boundary. From here, assuming the 200 and 50-DMAs unwind their long-standing death cross, a powerful breakout to the 38.2% Fibonacci retracement line above $0.08 seems plausible by the end of February.