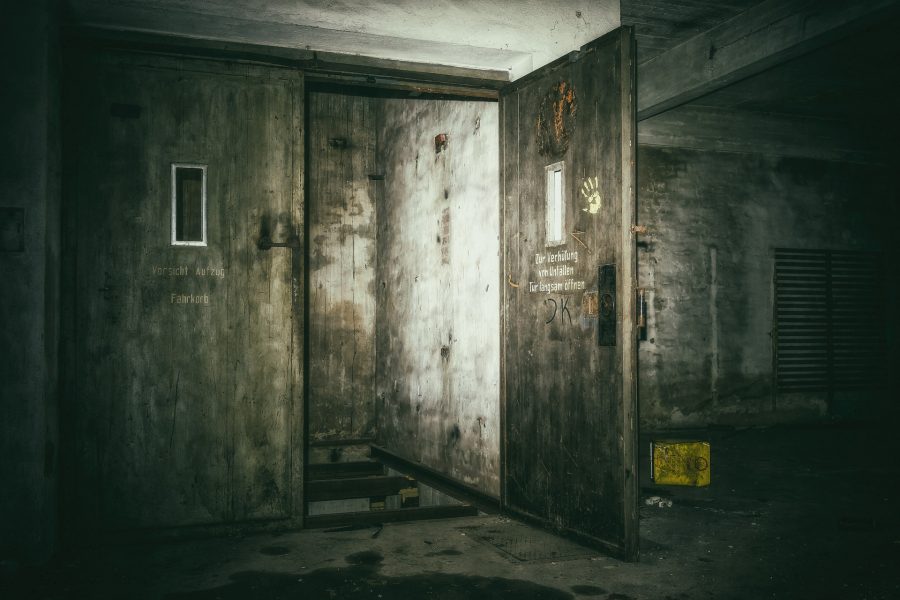 November has been a month of sheer frustration for every crypto-enthusiast in the market.

Bitcoin registered its 6-month low recently, testing the support at $6500, while XRP’s price breached its support at $0.22. In fact, the collective crypto-industry lost approximately $48 billion in total valuation between 1 – 27 November. 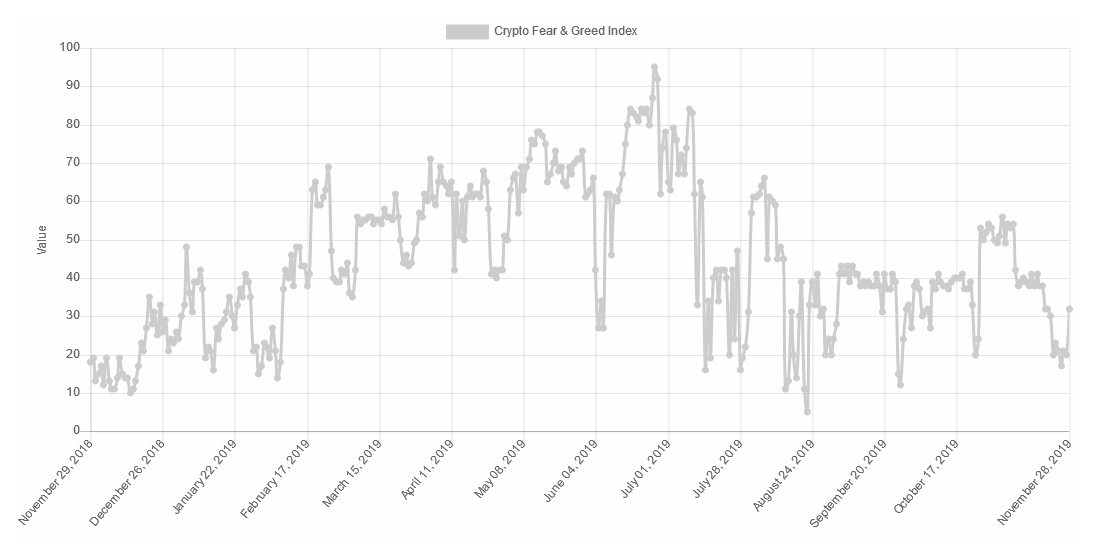 An “Extreme Fear” category is a sign that investors are getting worried about price volatility and depreciation, which possibly opens the gate for a fruitful buying opportunity for new investors. On the contrary, the “too greedy” category conveys that the market is due for a price correction soon.

Over the month, the declining valuation of Bitcoin has also dragged down the valuation of Mid and Small-market cap altcoins. During the start of November, these altcoin groups were performing well and registered a growth of over 5 percent with respect to BTC. Now, they are down by 15-20 percent.

Major altcoins in the cryptocurrency market followed a similar downtrend and its correlation index with Bitcoin rose as well. 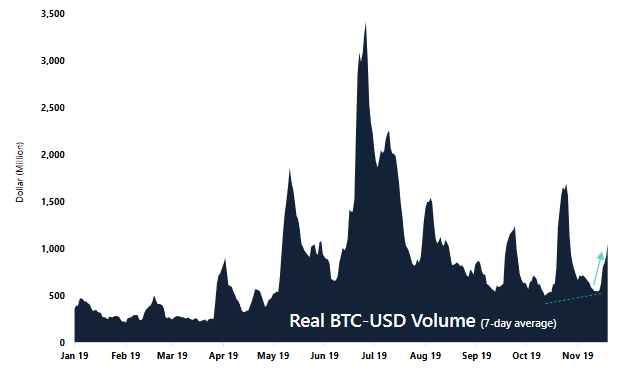 Despite these bearish signs, however, the market appeared to recover over the past 7 days, where the BTC-USD volume registered a hike after a major slump on the previous cycle. The rise in daily volume indicated that a possible trend reversal may surface over the next few days.

Another trade activity unaffected by the price drop was Bakkt‘s BTC monthly contracts. Over the week, the volume was recorded to be 67 percent higher than last week, marking yet another record for the ICE-backed exchange.

Related Topics:AltcoinBakktbitcoinbtcFear and Greed
Up Next

Bitcoin mining is centralized, and Monero is not : RIAT’s Tarasiewicz