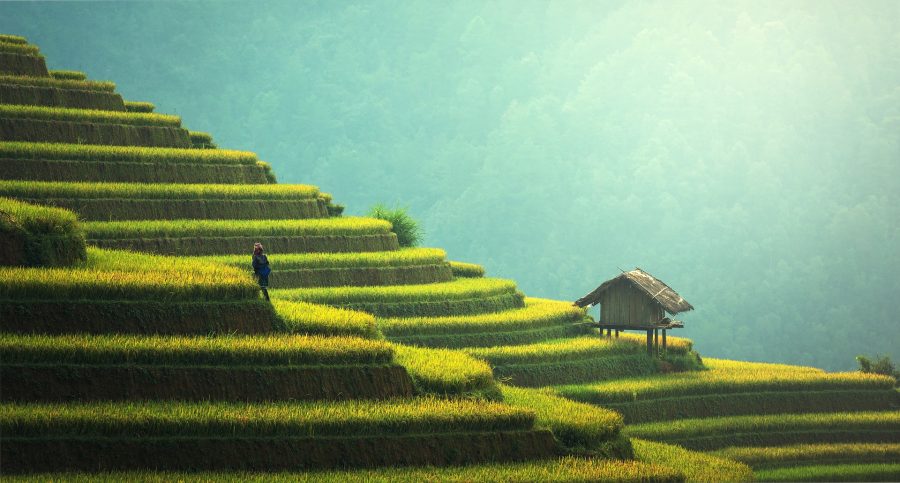 Scalability is an issue that has been used against Bitcoin for a long period of time. Bitcoin currently lords over the market with a dominance of 70.9 percent at press time, but people from the community continue to raise arguments against its inefficiency to facilitate faster transactions.

The world’s largest cryptocurrency hasn’t been quiet either. In 2018, Bitcoin developers introduced the Lightning Network, a 2nd layer payment protocol on top of Bitcoin which enabled faster transactions and offered a solution to Bitcoin’s scalability problem. The Lightning Network has since sustained decent growth over the last 18 months, but the jury is still out on whether it is the prime solution for Bitcoin’s scalability problems.

Bitcoin Cash, a virtual asset that forked from Bitcoin’s blockchain to offer faster transactions at a low transaction fee, is considered by its followers to be the prime answer to all scalability issues on the network.

Messari.io recently compared the metrics of the BCH network and the Lightning Network, in order to paint a picture of comparative growth. 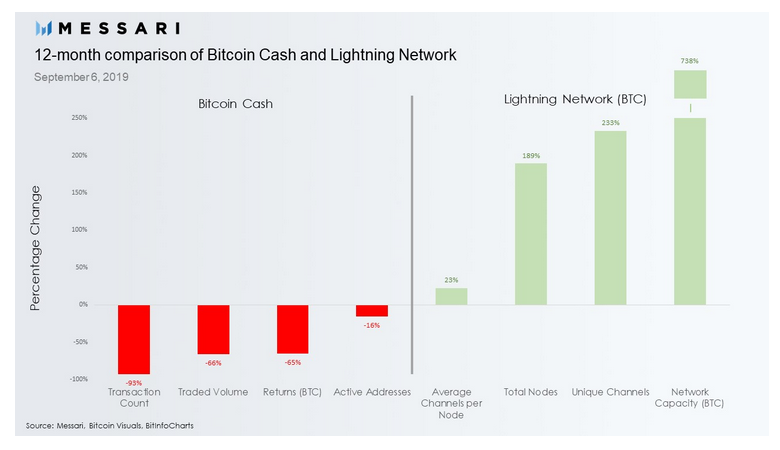 The above illustration suggests that Bitcoin Cash’s transaction count has plummeted by 93 percent over the past 12 months. The traded volume, returns denominated in BTC and the active addresses also took a massive hit and witnessed a drop of double-digits in percentage.

In comparison, Bitcoin’s Lightning Network exhibited positive growth in terms of Average channels per node, and is up by 23 percent since September 2018. The network capacity in Bitcoin recorded a staggering growth of 738 percent over the past year.

According to 1ml.com, it can also be observed that the number of channels over the past 24 hours was up by 16.8 percent and nodes with active channels were up by 30 percent, projecting a number of 5,956.

However, Messari research also stated that a perfect comparison between BCH and BTC lightning network was ‘impossible’ and only general contrast can be drawn by observing independent metrics which measure the activity of their respective protocols.