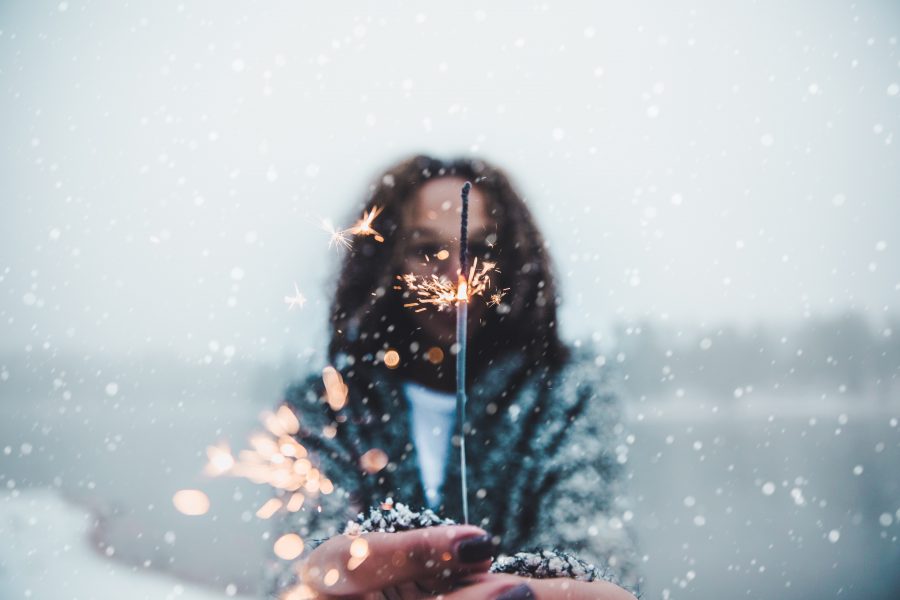 Since it’s inception, the case of whether Bitcoin should be hodled or not has always been debated. Two main objectives cause contention, should Bitcoin be a store of value, akin to digital gold, or should it be used as a medium of exchange similar to using dollars to buy coffee. While this caused divisions, fervor, and the creation of the world “hodl” the debate has not yet settled. But statistics paint a different picture.

According to a recent report by Glassnode, in addition to individual investors, entities are hoarding Bitcoin. The report, right from the outset, stresses on the use of the term “entities” rather than “users” or “individuals,” because the study mapped multiple addresses to a single entity.

In the ‘Distribution Statistics’ part of the study, it stated that there is a “clear power-law relationship.” This term was drawn looking at the size of the entities ranging from a single address to “entity clusters.” 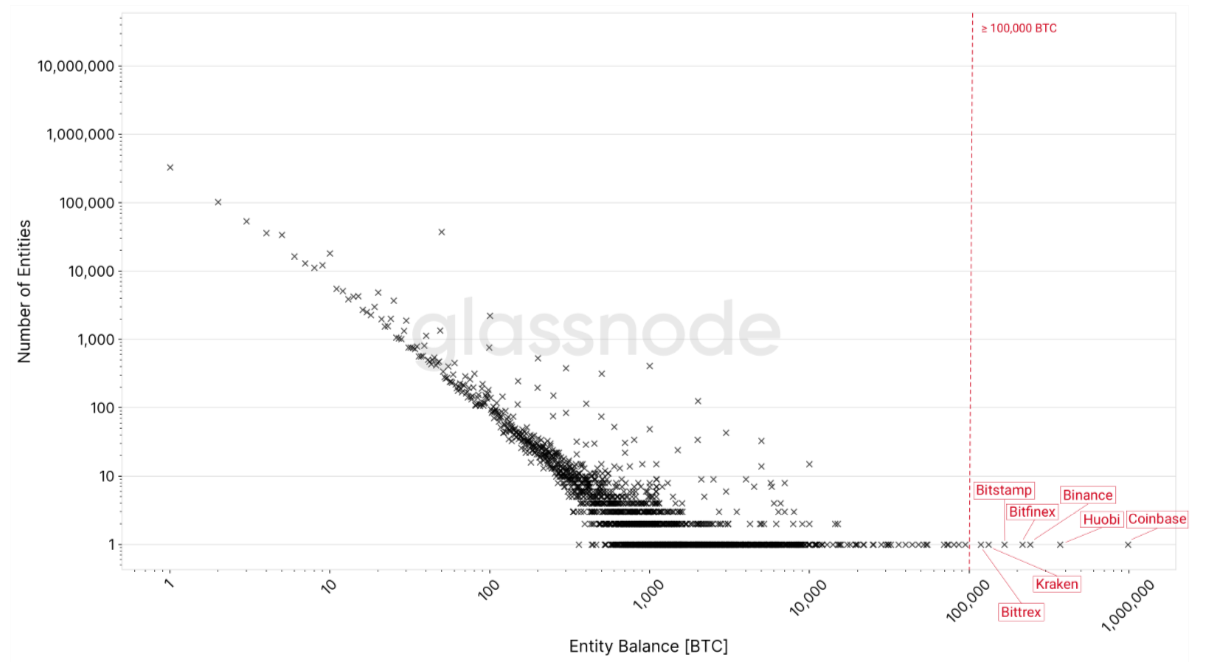 Around 96 percent of the entity clusters consist of a single address, which the report stated, “serve as a strict upper limit for the number of Bitcoin entities.”

The clustered bunch of entities, rounded out at 22.3 million hodl less than one Bitcoin.

Notably, Coinbase holds 983,800 Bitcoins, 62 percent more than second-place Huobi and 90,800 BTC less than the top of the other six exchanges.

Overall the 7 largest cryptocurrency exchanges or the 7 “richest entites” control over 2,350,000 BTC. With the price averaging at 9,300 at press time, that would amount to $21.8 billion, or 13 percent of total Bitcoin in supply. Not a small number indeed. 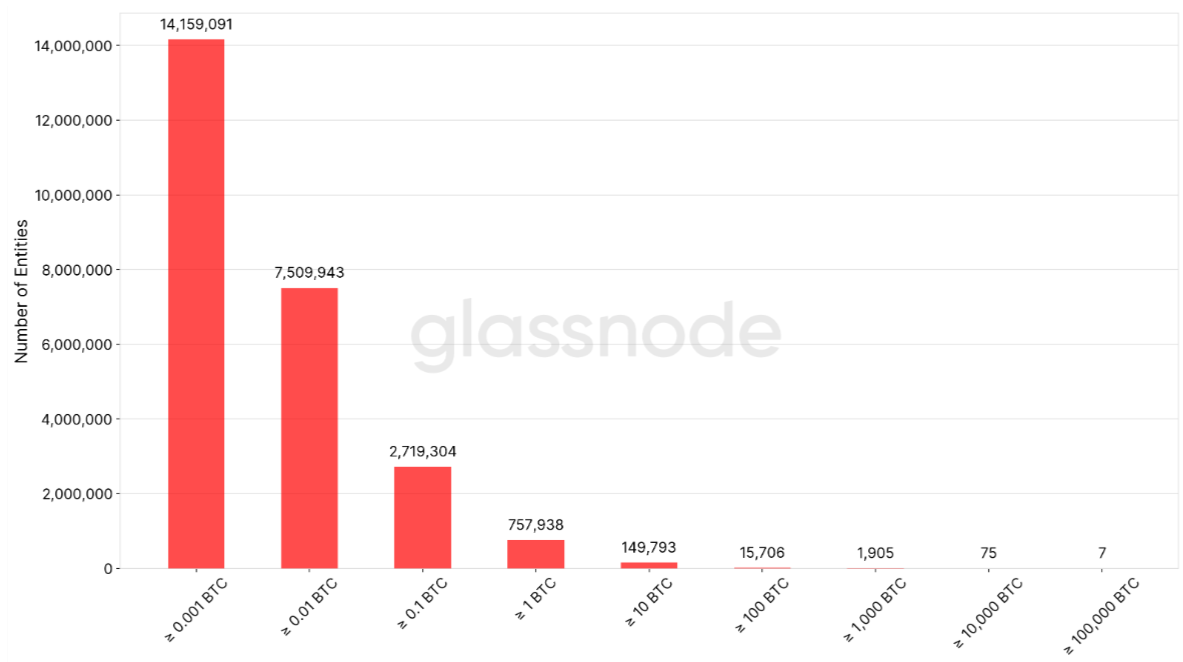 What’s notable that every single one of these “entites” are not pure custody solutions or privately held wallets, but exchanges, meant to trade Bitcoin. On this notion, the case of Bitcoin being a storable or a spendable asset in undone for its tradeable nature.

Charles Edwards of Capriole, and the creator of Hash Ribbons told AMBCrypto, back in December, that with traders, pouncing on volatility and moving in and out of the market, Bitcoin’s “off-chain trading volume today is magnitudes greater than on-chain volume.” He added,