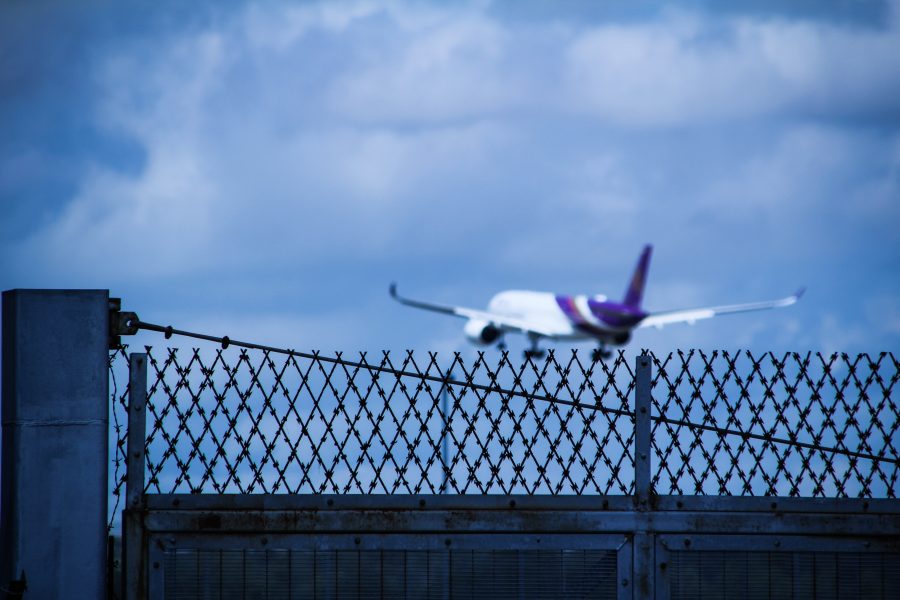 On 9 March, Bitcoin recorded its worst single-day drop in 2020. As the spot price fell to under $8,000 for the first time since early-January, the volume on Futures exchanges jumped.

According to data from Skew markets, Monday, March 9, was the third-best trading day for top Futures exchanges, raking in $21.22 billion in volume. The volume has been over the $20 billion mark just twice this year, on 14 January and 27 February, as Bitcoin’s price dropped by 5.64 percent.

Over 75 percent of the overall volume, across the top-9 exchanges, was concentrated in BitMEX, OKEx, and Huobi. Both BitMEX and Huobi more than doubled their volumes from the previous day.

Across the board, exchanges saw a significant rush in trading. Binance saw its volume increase by over 120 percent, Deribit by 213 percent and FTX by 338 percent, respectively. 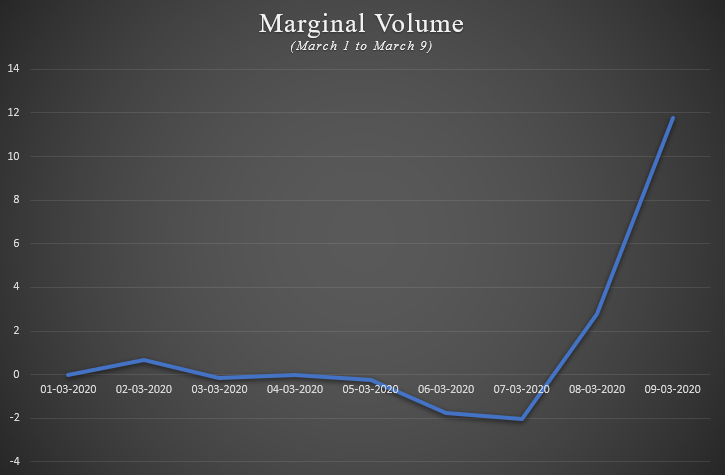 What’s important here is not the single day rush in volume, but the marginal increase on a day-to-day basis, a metric which underlines the increase in trading. 9 March saw a marginal increase of $11.75 billion, much more significant than the figures recorded over the past few months.

For instance, the aforementioned 27 February drop saw a marginal change of $6.27 billion from the previous day. Further, this volume incline was a result of the price drop over the past few days [24 February to 26 February], the sum of which [$11.58 billion] is still lower than the 9 March marginal increase.

However, despite trading being on the up-and-up, sentiment is looking down. The volume, when looked at in the context of Bitcoin Futures’ Open Interest on these exchanges, shows that investors are trading intensively in a bid to close off existing positions.

On the day of the $8,000 descent, the OI recorded for BitMEX, OKEx, Huobi, Deribit, Binance, FTX, Kraken and Bitfinex was $3.44 billion, a drop of $336 million from the previous day. A reduction in the open and active positions, with a major incline in the trading volume, was indicative of Futures investors closing out positions to salvage minuscule profits.

This volume-Open Interest trend was continuous going into 10 March. The trading volume on Bitcoin Futures the day after the crash reached $16.98 billion, a drop of $4.2 billion from the previous day, while the Open Interest dropped by another $80 million. All this as the price dropped below $7,900.

Related Topics:Bitcoin FutursbitmexfeaturedHuobiOKEx
Up Next

CoinEx Announces Ambassador Program to Reward and Support Community Members Monthly Salary for Outstanding Ambassadors Will be Up to $10,000