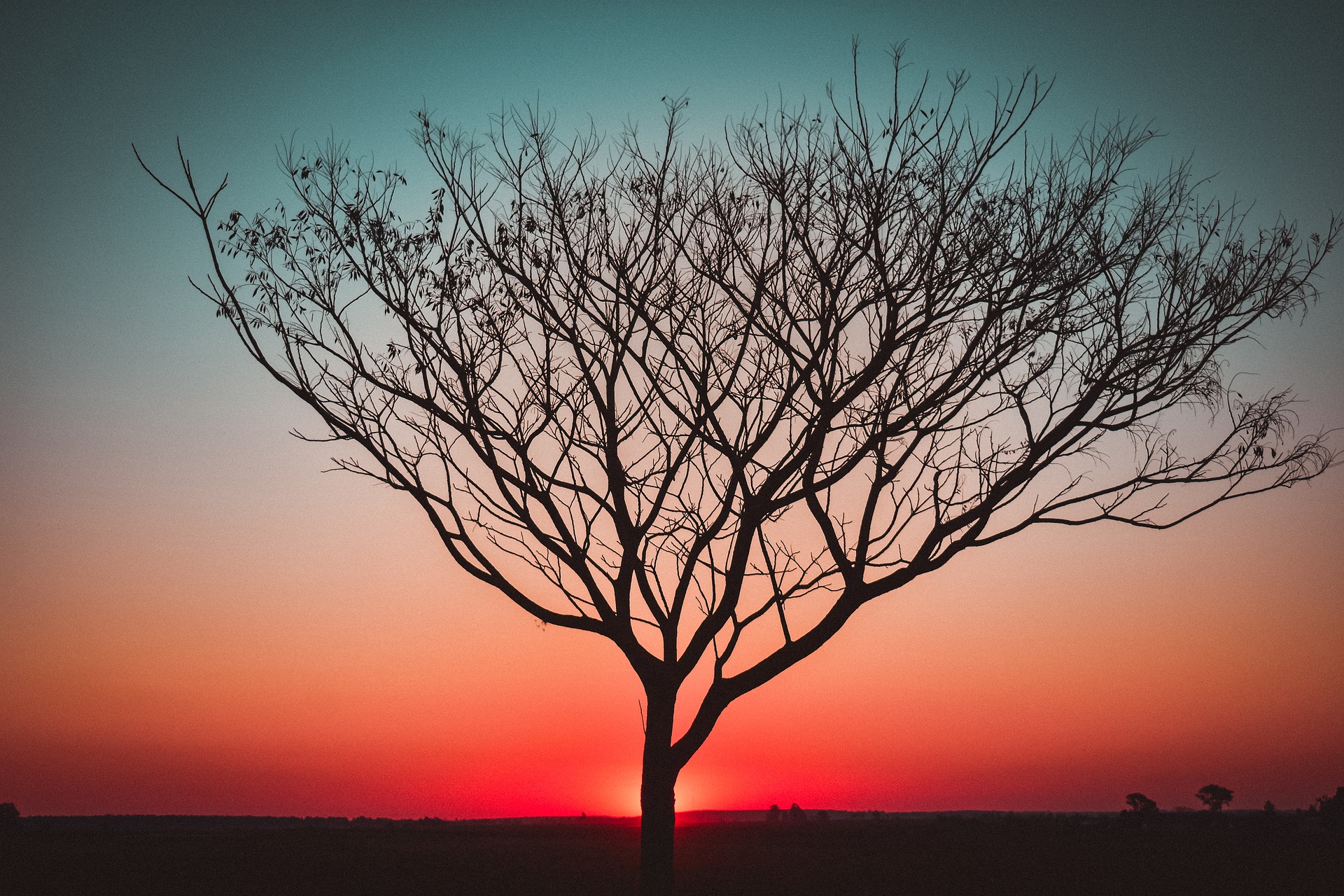 Bitcoin registered another drop to $11,100 and Bitcoin mining difficulty hiked by 3.6%. Most of the altcoin market followed Bitcoin into the red zone and saw a continuation of the downward trend.

Bitcoin SV and Tezos set lower highs and could test support. ATOM had been making gains before Bitcoin’s dip and looked likely to continue upward. 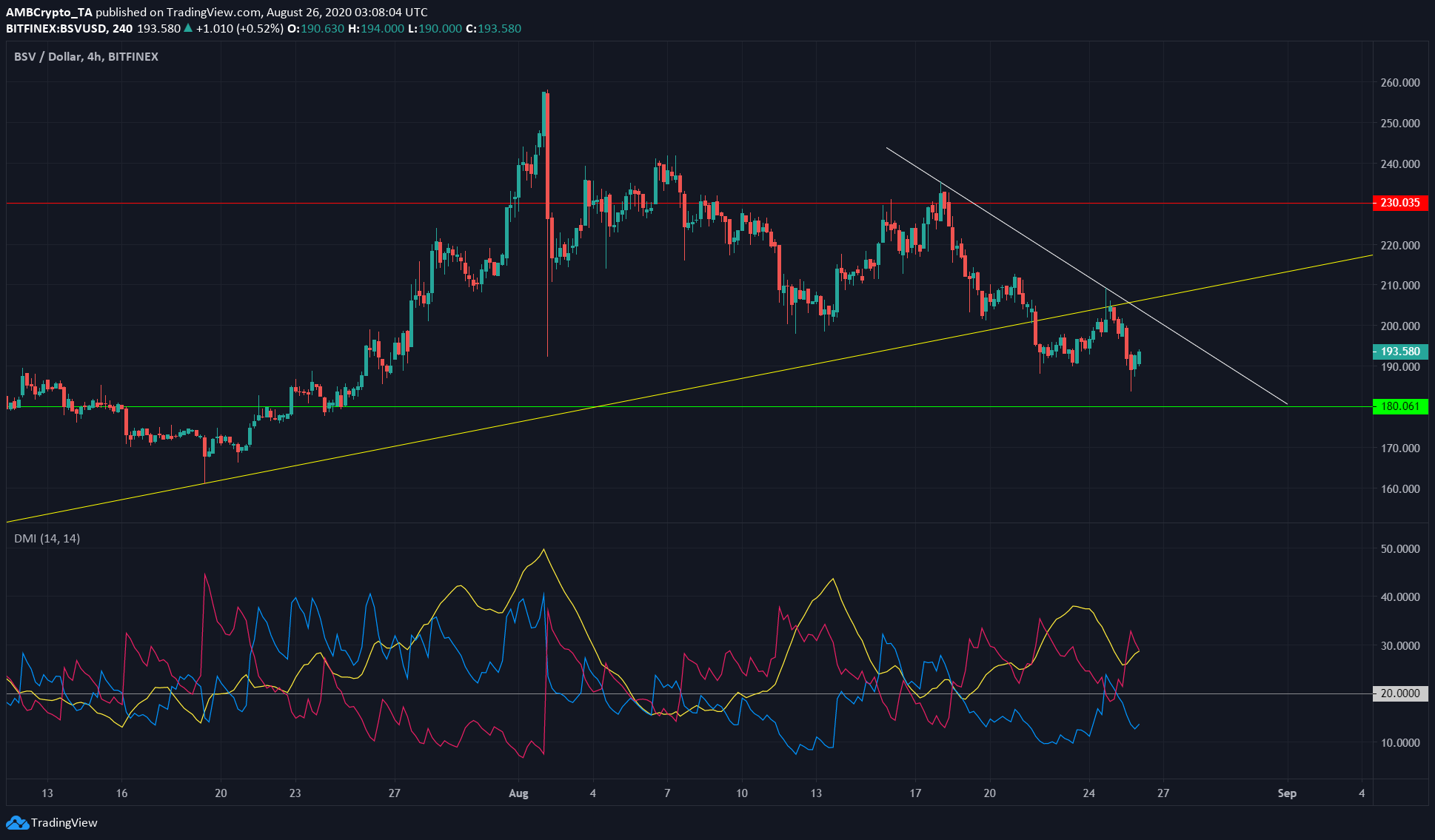 Bitcoin SV continued to maintain a spot in the top 10 cryptocurrencies, ranked number 8 with a marketcap of $3.5 billion. It was trading at $193 at press time, and $190 region could be an important zone.

BSV had been in an uptrend from the end of June, as shown by the yellow trendline. The shorter, white trendline showed the downtrend over the past few days.

If support at $180 does not withstand selling pressure, price could find support in the region of $150. 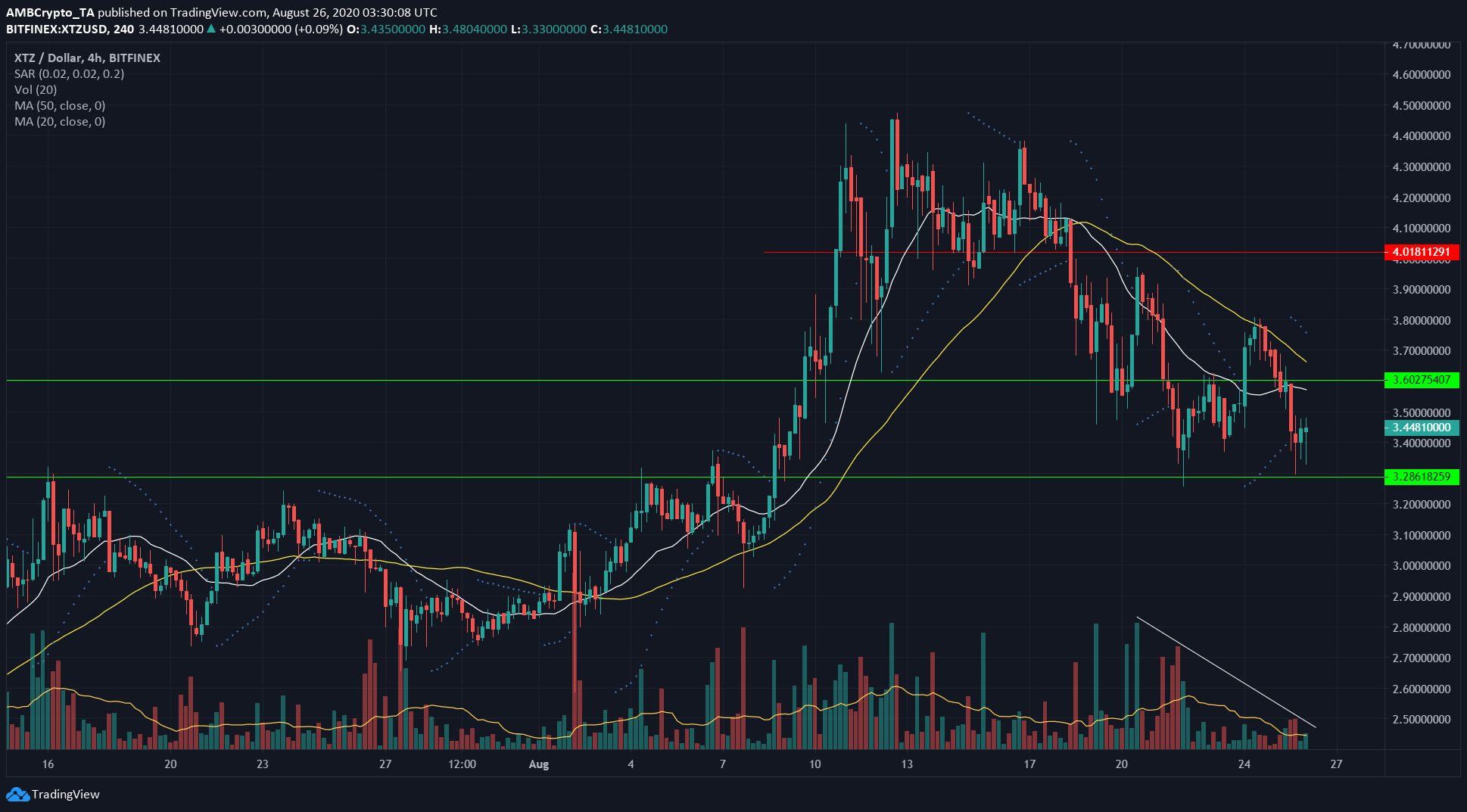 Tezos had a marketcap of $2.5 billion, ranked 13 on CoinMarketCap. Tezos was caught in a slump since hitting a high of $4.47. It has been unable to make a higher high and has consistently formed lower highs and lower lows, showing a downtrend.

20 SMA (white) was beneath 50 SMA (yellow) on the charts. Parabolic SAR gave a sell signal, reinforcing the short-term bearish trend.

Over the past few days, trading volume has been reducing, and XTZ approached support at $3.6, to drop below, and was near $3.28 support at press time. Price breakout, either upward or down, has to be confirmed by above-average trading activity to gauge the direction of next XTZ move. 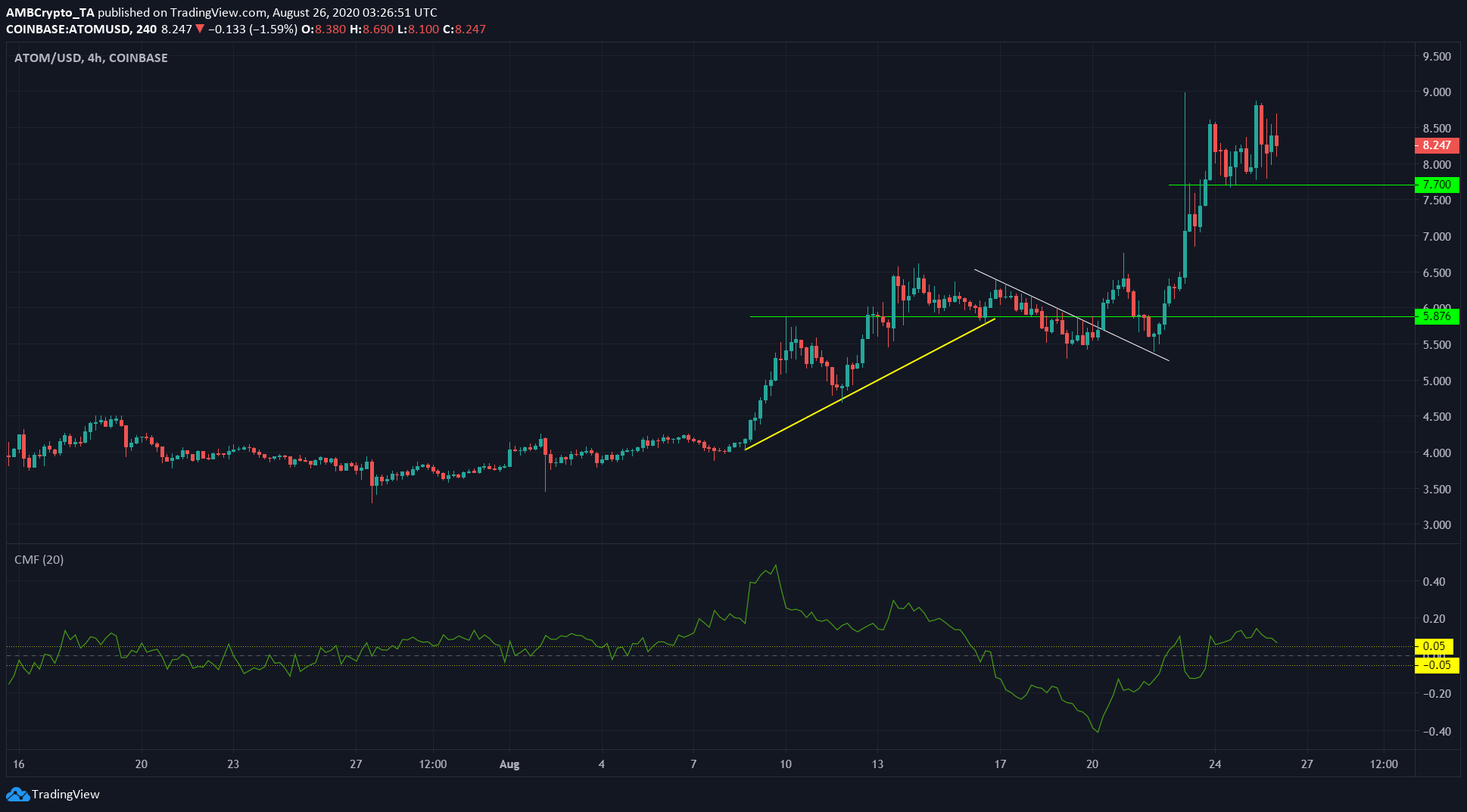 ATOM managed to hold on to the massive gains it made in August despite the fact that many major altcoins and Bitcoin have dropped in price. Chaikin Money Flow showed a value of +0.05, indicating buyer interest was present at press time.

ATOM could rally higher and make another attempt at $8.5and $9. If ATOM falls beneath support at $7.7, it is possible ATOM could begin a consolidation phase or even a downtrend.