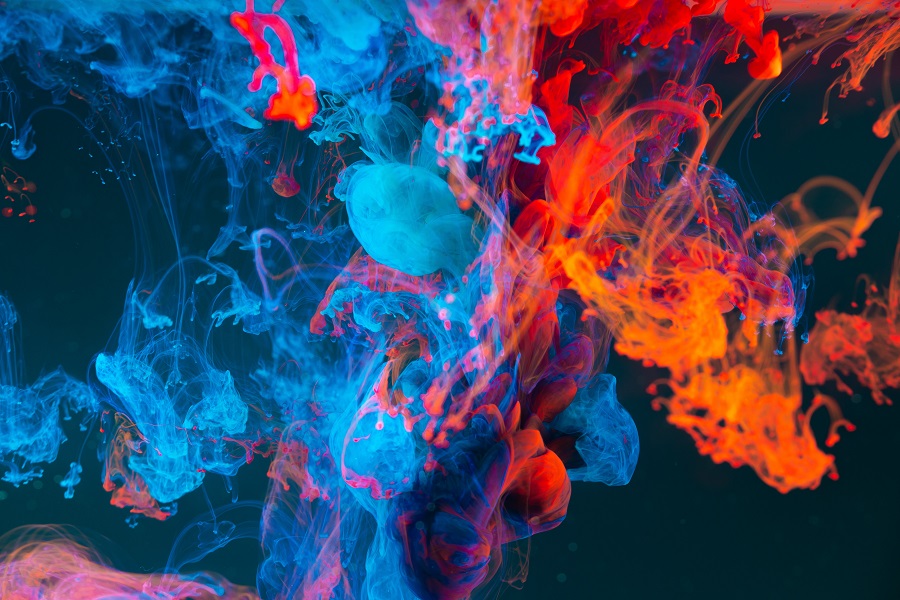 It has been more than 2 days of sideways movement for Bitcoin with little or no volatility. Usually, this type of movement is followed by a spike in volatility as well as the price.

Often, the fractals can be used to predict the directional movement, although it should be the only reliable source. As it stands, Bitcoin is exhibiting the repetition of a pattern seen before the launch of Bakkt. 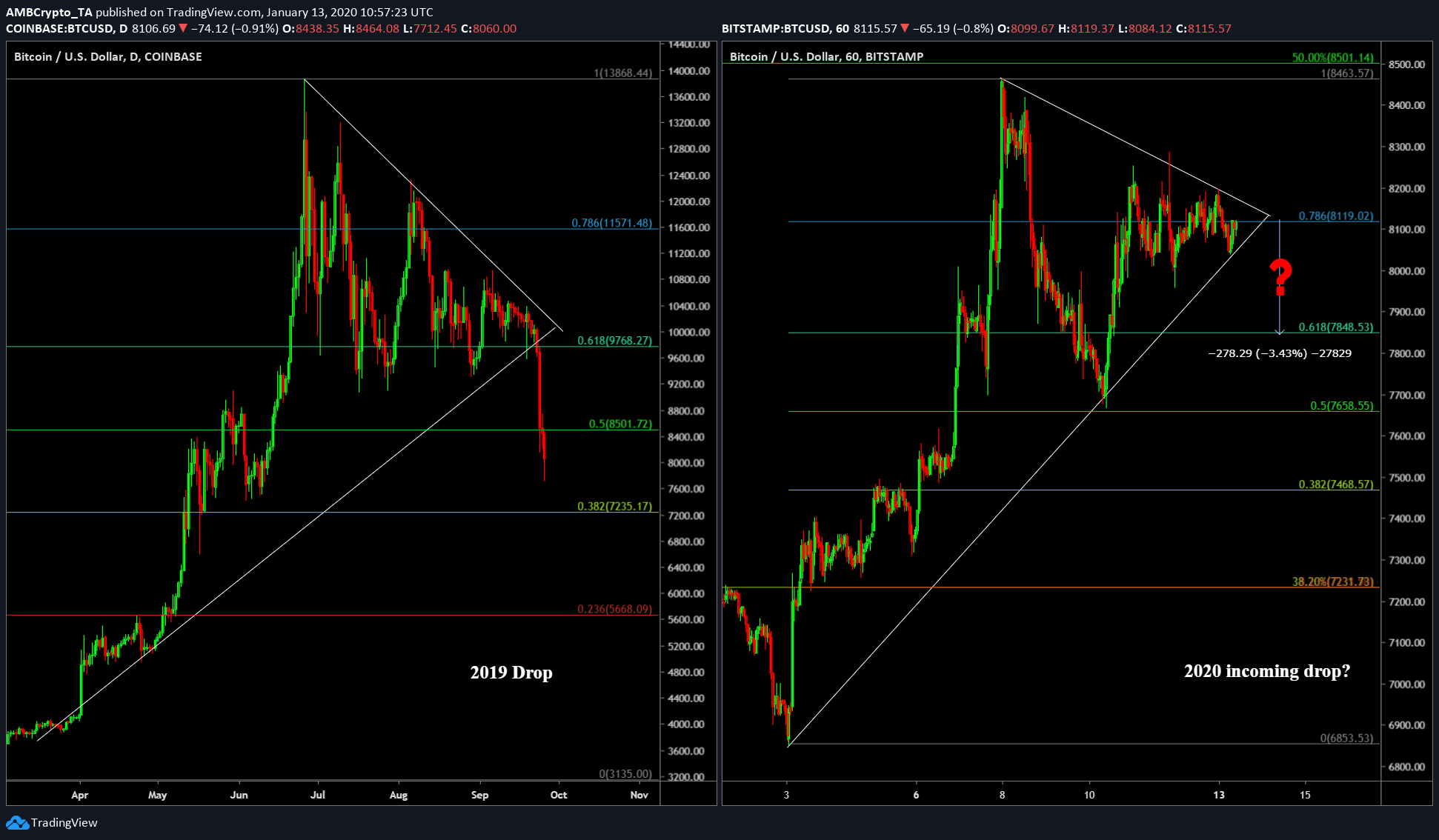 As seen in the chart above, Bitcoin traded sideways and inside the triangle pattern for more than 2 months. On the Bakkt launch date, the price of Bitcoin decided to tumble. Bitcoin slipped ~24% in 3 days. At press time, the pattern that is being formed now has characteristics similar to the one seen in 2019. The triangular consolidation was seen after an exponential rise, which eventually led to the collapse of the price as it broke out of the channel.

A similar breakout leading to a drop might occur for Bitcoin not too long in the future. If so, the breakout will easily take Bitcoin back to $7,800 zone, where much of the trading has been happening since November 2019. This zone will act as a cushion to the drop. 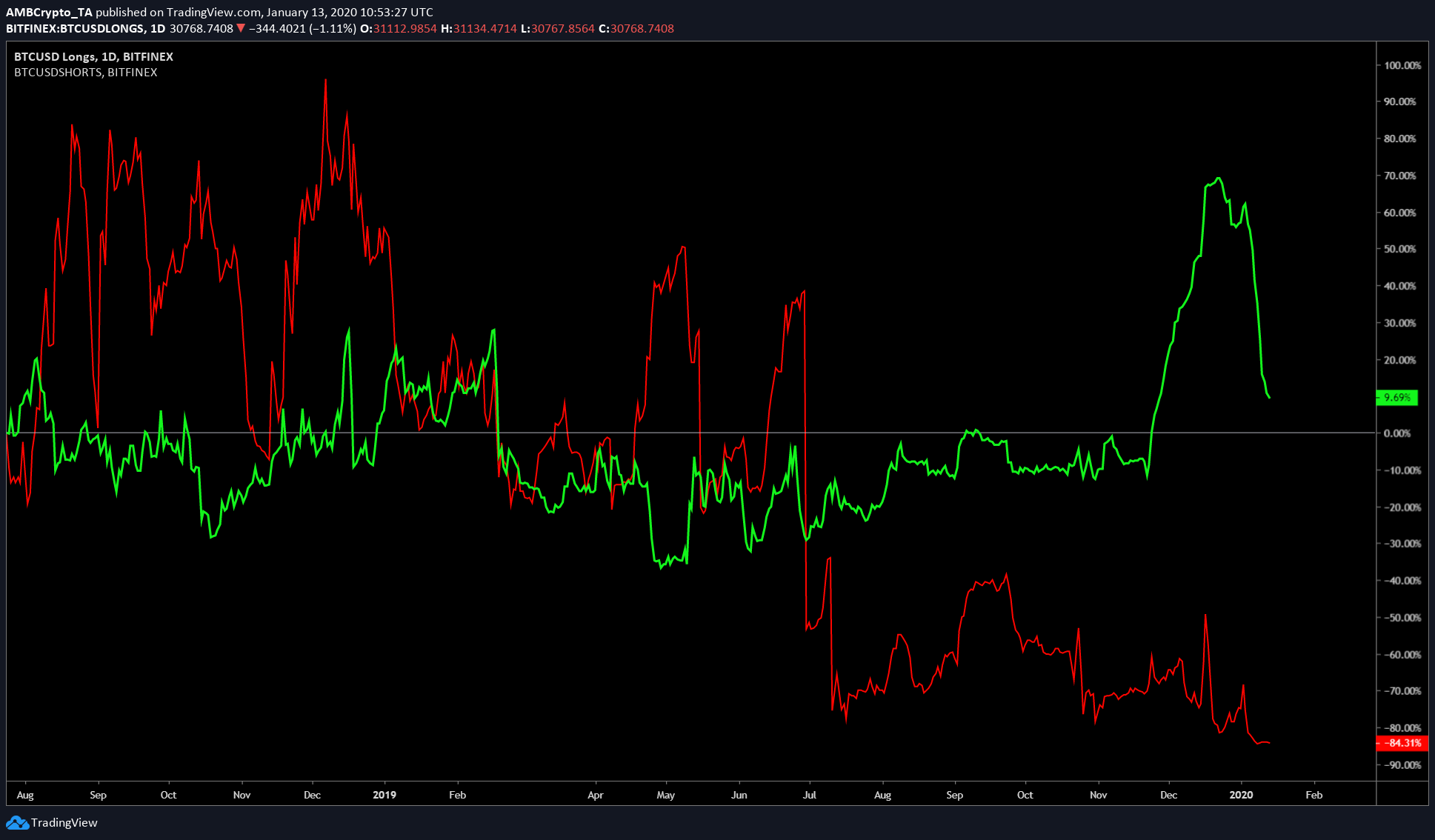 Supporting this theory is the U-turn taken by the longs with a simultaneous and decline in shorts, which is leading to the sideways movement. This provides a space for the bears/shorts to assume control of the situation, which could lead to a price drop.

On a lower time frame, the price and the RSI are dropping at the same time, which could indicate a small pump in the immediate future to $8,300 or lower; or more sideways movement. Moreover, the volatility of Bitcoin has been going sideways at 3% for more than a month, indicating another sudden spike to come.