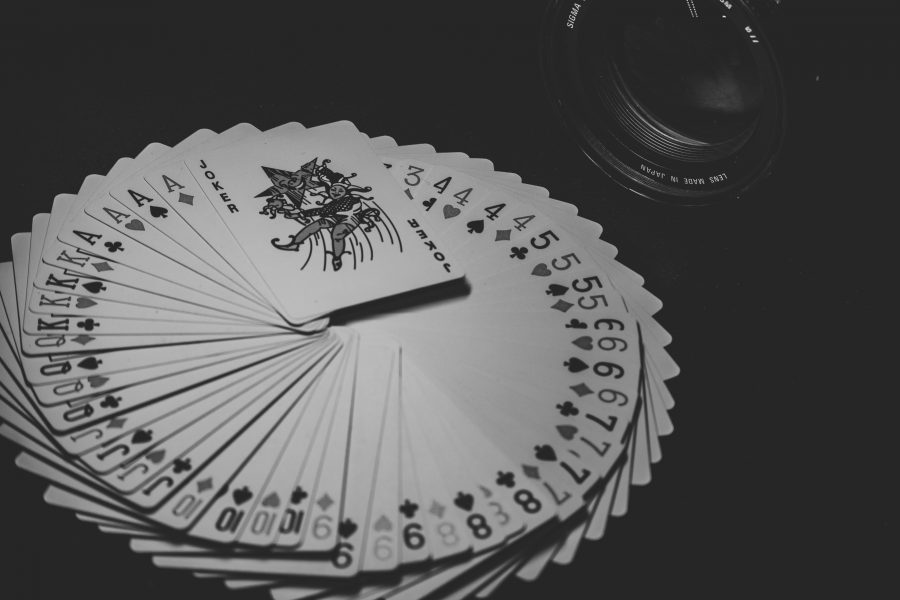 Bitcoin’s 30 percent rise in the first 30 days of 2020 is just the start of what could be the most bullish year for the cryptocurrency.

At first glance, it would look like the altcoins are outpacing Bitcoin. Ethereum, the second-largest crypto in the market is up by around 70 percent; Binance Coin, the native token of one of the largest crypto-exchanges in the world is up by 35 percent and even XRP, the fabled ‘crypto’ from blockchain payments giant, Ripple, is out in front of Bitcoin. But the larger picture indicates that Bitcoin, on every front, is set to outstrip the market “minions”

Not quite seen as cute little, overalls-wearing, banana loving creatures, the “minions,” or rather the altcoins are in a state of oversupply, according to a recent report.

The simple rules that govern the premier cryptocurrency’s network, namely, hashrate, periodic supply, addresses in addition to its institutional maneuvering off-late, are creating a demarcation between the “collectible” and the “minions.” Bitcoin’s performance, while second to the altcoins at the moment, will change soon enough.

“This year’s enthusiasm in some alt-coins is reflective of a bullish environment, but should subside as Bitcoin further distinguishes itself from most of the highly speculative and oversupplied minions.”

The SoV claim of Bitcoin will only grow as countries across the globe are increasing their debt-to-GDP ratio. “It’s little surprise that alternative stores-of-value are gaining,” stated the report, citing Bitcoin and gold as seeing a corollary, albeit, alternate benefit. 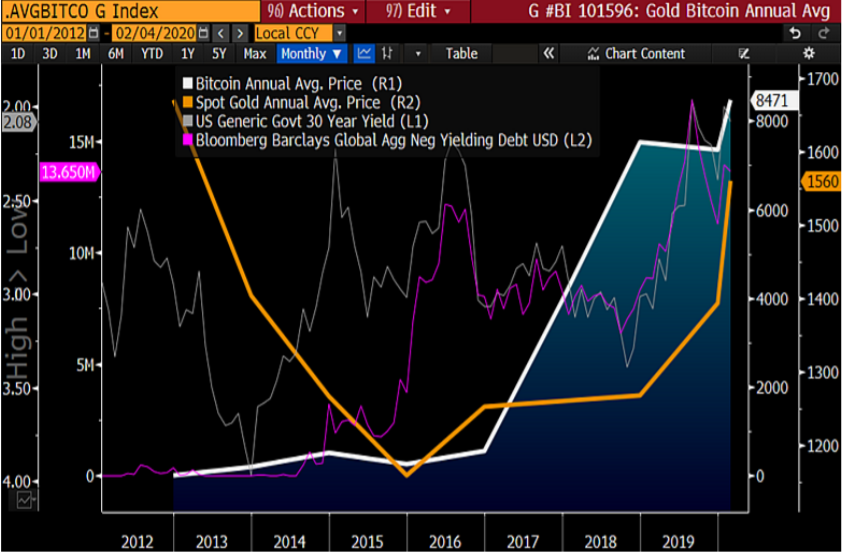 The optimism of the ‘myriad wannabes’ seen in early-2020 price charts, as detailed above, is “fleeting.” A larger picture, two years in this case, would posit Bitcoin as experiencing a 7 percent increase, while most small-cap alts [market cap below $2 billion] are down by 90 percent.

Several factors, suggested the report, indicate a bullish outlook for Bitcoin in 2020; not so much for the altcoins, despite their early start.

Internal and Investment metrics will be “favorable companions” for Bitcoin throughout the year.

Bitcoin addresses, which the report hailed as “one of the most robust indicators of the 2018 price decline and 2019 recovery,” showed that the 30-day average of Bitcoin’s active addresses is at its highest point since July. This rise shows “increasing adoption,” especially in light of the hard cap prefixed in Bitcoin’s architecture, limited to 21 million, of which 90 percent is already mined. 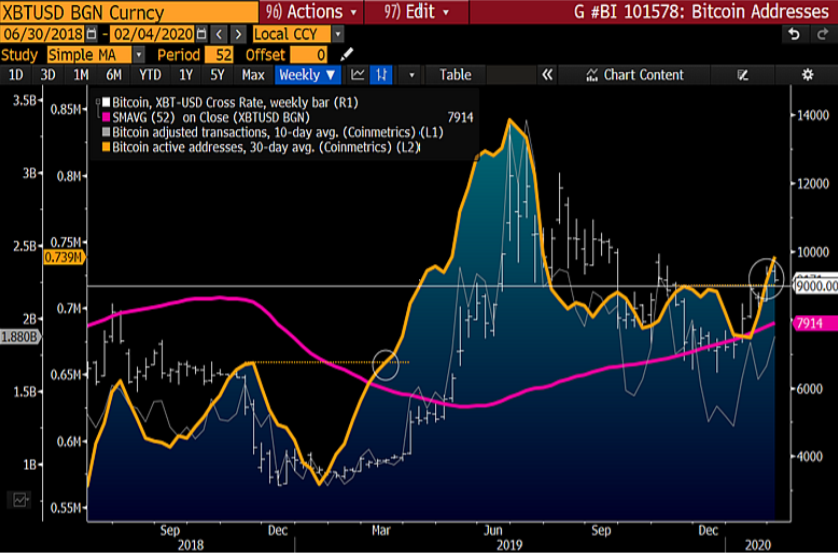 Maturity, while one of the main pain points for the SEC, is improving, according to the report. Bitcoin is “well-situated,” owing to increasing volume and Open Interest positions on CME, which offers both Bitcoin Futures and Options contracts. The latter, having more to do with the spike than the former,

“The advent of options [on the CME] is a primary reason for this year’s spike in trading, but primarily represents Bitcoin’s transition toward the institutional mainstream.”

The optimism for Bitcoin versus altcoins, in the current year, is “more sustainable.”

Bitcoin is on course for “increasing adoption,” relative to the rest of the crypto-market. The Bloomberg Galaxy Crypto Index for Ethereum and XRP, the two largest altcoins, showed “moribund performance,” owing to competition between altcoins and the risk owing to their “more speculative nature and smaller market caps.” 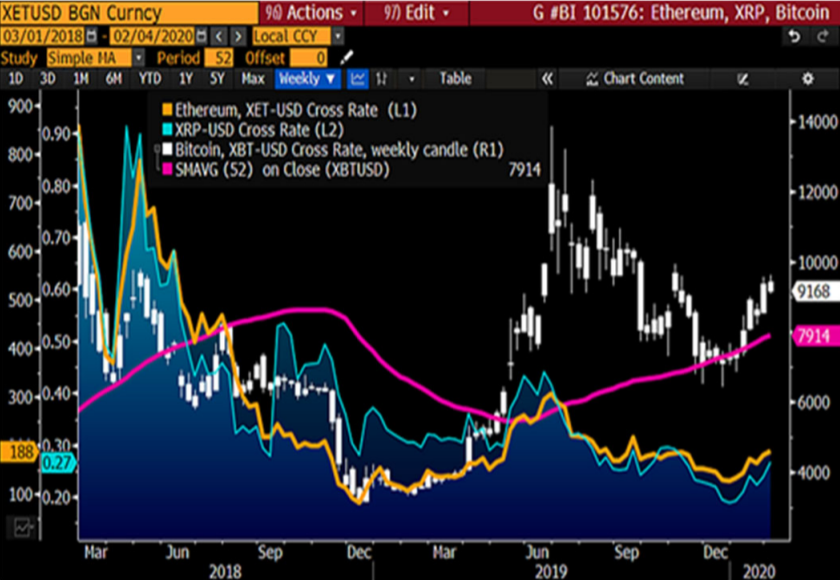 Hodling will soon make a comeback. The report asserted that investors on Grayscale Bitcoin Investment Trust [GBTC] are showing “buy-and-hold” tendencies. The trust in GBTC’s Bitcoin equivalent-AUM is at a record high of 280,000 BTC.

Miner activity on the Bitcoin network has also surged ahead of Ethereum. The report added,

“The amount of processing power on the Bitcoin blockchain recently touched a record high. By contrast, the same measure of the Ethereum network is about 40% below the 2018 peak.”

The “depth and processing power” of a cryptocurrency’s blockchain, for most altcoins in the market, is falling, with the only exception being Bitcoin.

From the technicals to the fundaments, on the spot and the Futures, Bitcoin is outpacing the larger cryptocurrency market. Alts may have an early lead, but Bitcoin is just getting warmed up.