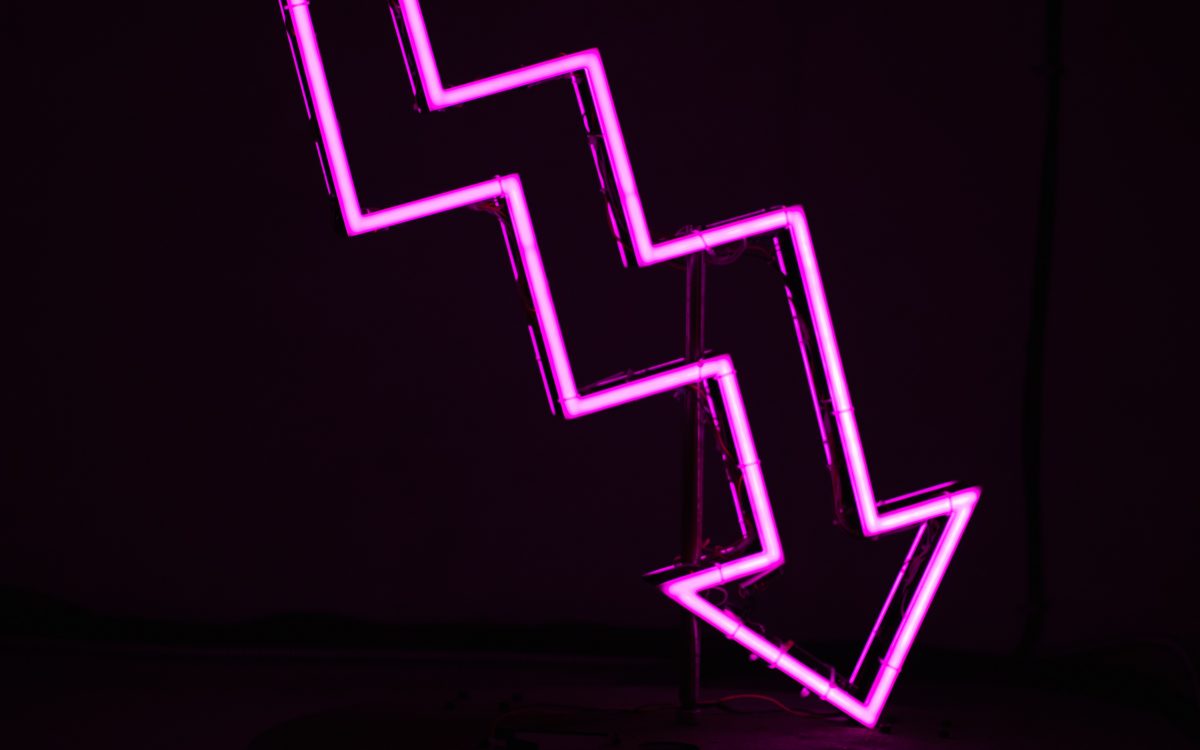 Standing on the brink of Bitcoin’s third halving, what’s the view of the other side? While the price move either up or down cannot be predicted, especially in a market like crypto, what can be estimated, based on realized trades is the degree of volatility. And looking at the volatility, one thing is certain, we’re going down from here.

Once Bitcoin does lower its fixed supply schedule from 12.5 BTC per block mined to 6.25 BTC per block mined, the price effects are going to be mammoth. Given the number of on-ramps in the market, the diversity of investors from retail everyday traders to deep-pocketed institutional investors, and the macroeconomic push-and-pull of the pandemic curtailed market, the halving is coming about at an opportune time.

For months, the debate ranged from whether the halving has been priced-in or not, to Bitcoin’s last traded price, which has fluctuated, since the beginning of the year from below $4,000 [briefly albeit] to over $10,000. Now, as the debate culminates in the next few days, with the cryptocurrency having lost $1,000 overnight, how will the volatility play out? 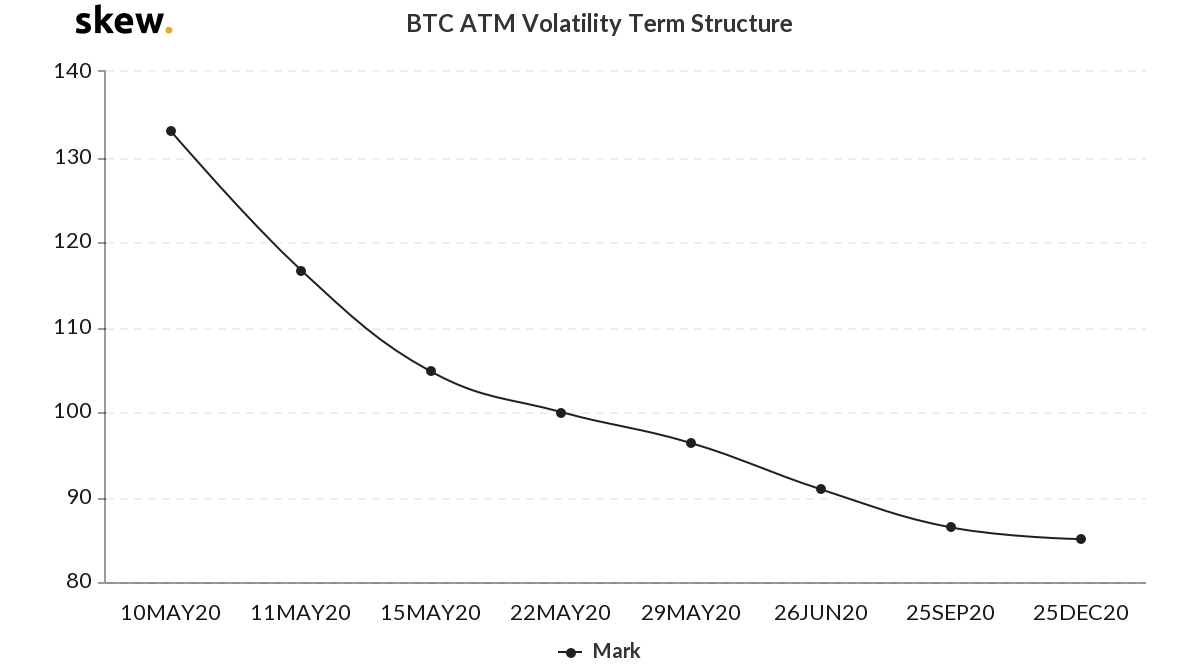 According to data from skew markets, the volatility term structure [VTM], based on the pricing of Bitcoin options contracts suggested that the peak of price fluctuation has already arrived. As the VTM showed a downward sloping line, the sentiment suggested that the volatility of the cryptocurrency will continue to drop once the immediate effect of the halving will come about. Meaning, once the balance of the decrease in supply is maintained by a price move or a transaction increase, the resulting price of Bitcoin will remain unchanged [for the most part] till the end of the year.

The above chart suggests the VTM for 10 May to be over 130 and by the end of June, the value estimates a fall to 90. Going to the second half of the year, the volatility will continue to fall reaching as low as 85 by December 2020. 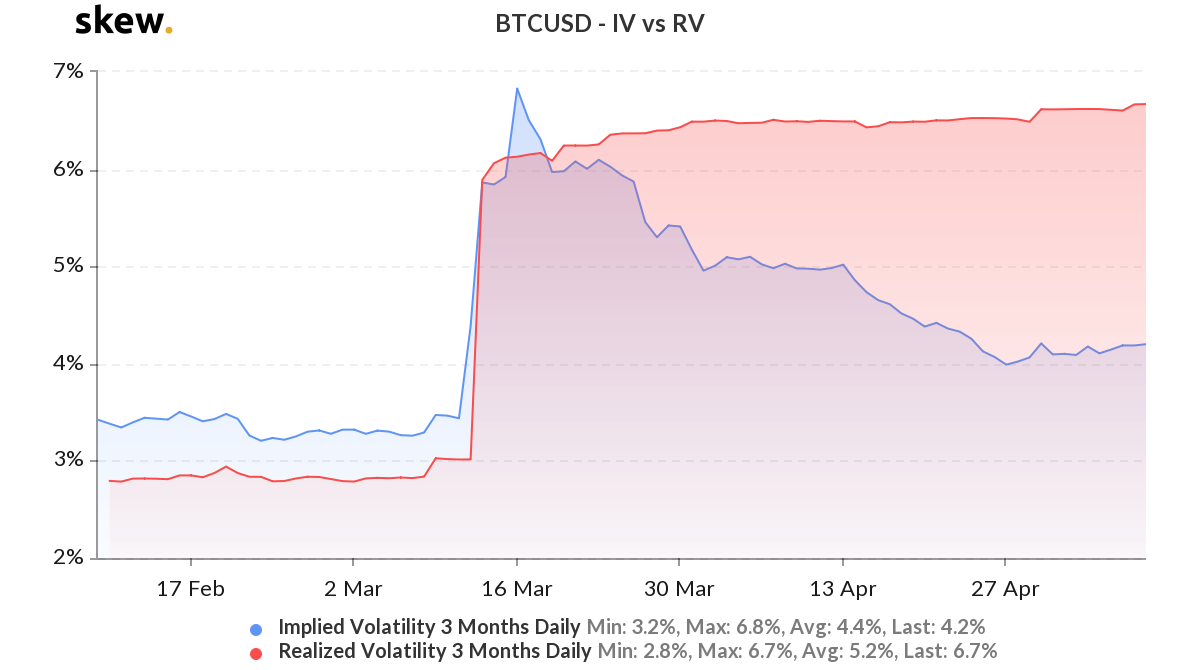 Looking at the difference for volatility between a one-month time frame and a quarterly time frame, the larger share of the price change is expected to arrive in the former. The 3-month implied volatility [IV] for Bitcoin contracts dropped to its lowest point in over two months down to 4.2 percent, from a high of 6.2 percent, indicative of a decrease in volatility going forward on a quarterly stance.

After yesterday’s price move, with Bitcoin dropping below $9,000, the expectations of a bullish move have been replaced by fears. On 10 May, the day after the drop, the options contracts with the most volume was a put contract with a strike price of $7,500, expiring on 22 May, traded on Deribit, with a total of 1,466 contracts traded. The rest of the contracts traded also show a similar sentiment. Four out of the five contracts are puts with a price range of $8,500 to as low as $5,000.

Regardless of the prevailing sentiment, whichever direction the price moves post the halving will likely hold, rather than change.

Related Topics:Bitcoin optionsDeribitfeaturedhalving
Up Next

Bitcoin’s post-halving price may not awe the retail players