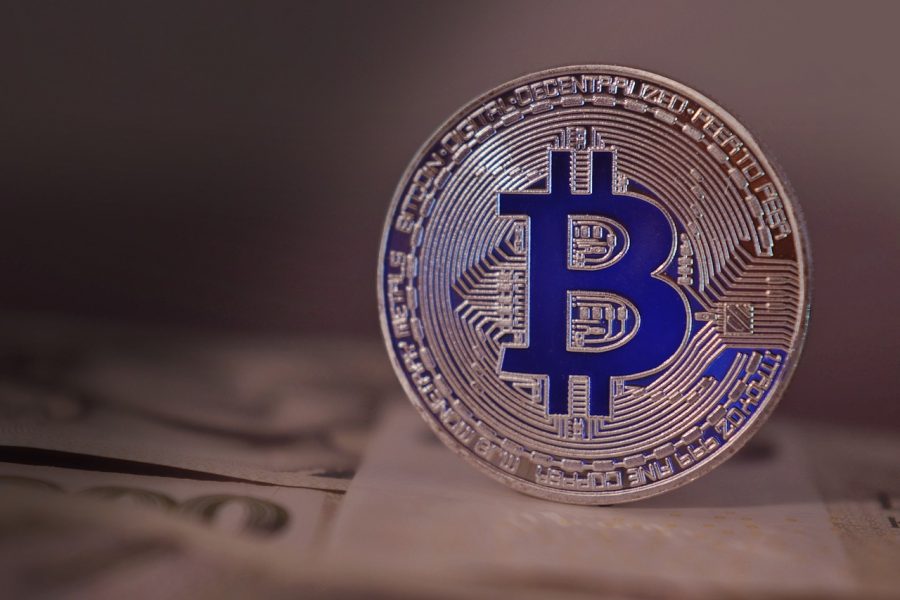 Beware, the charged bulls have returned to the Bitcoin market. The value of Bitcoin was struggling for a long time around the $8,8k mark, but it cracked under the pressure of the bear and fell to $8.4k soon. However, the tug of war between the sellers and buyers saw buyers picking up the pace and pushing the price of the largest crypto to over $9k, at press time. 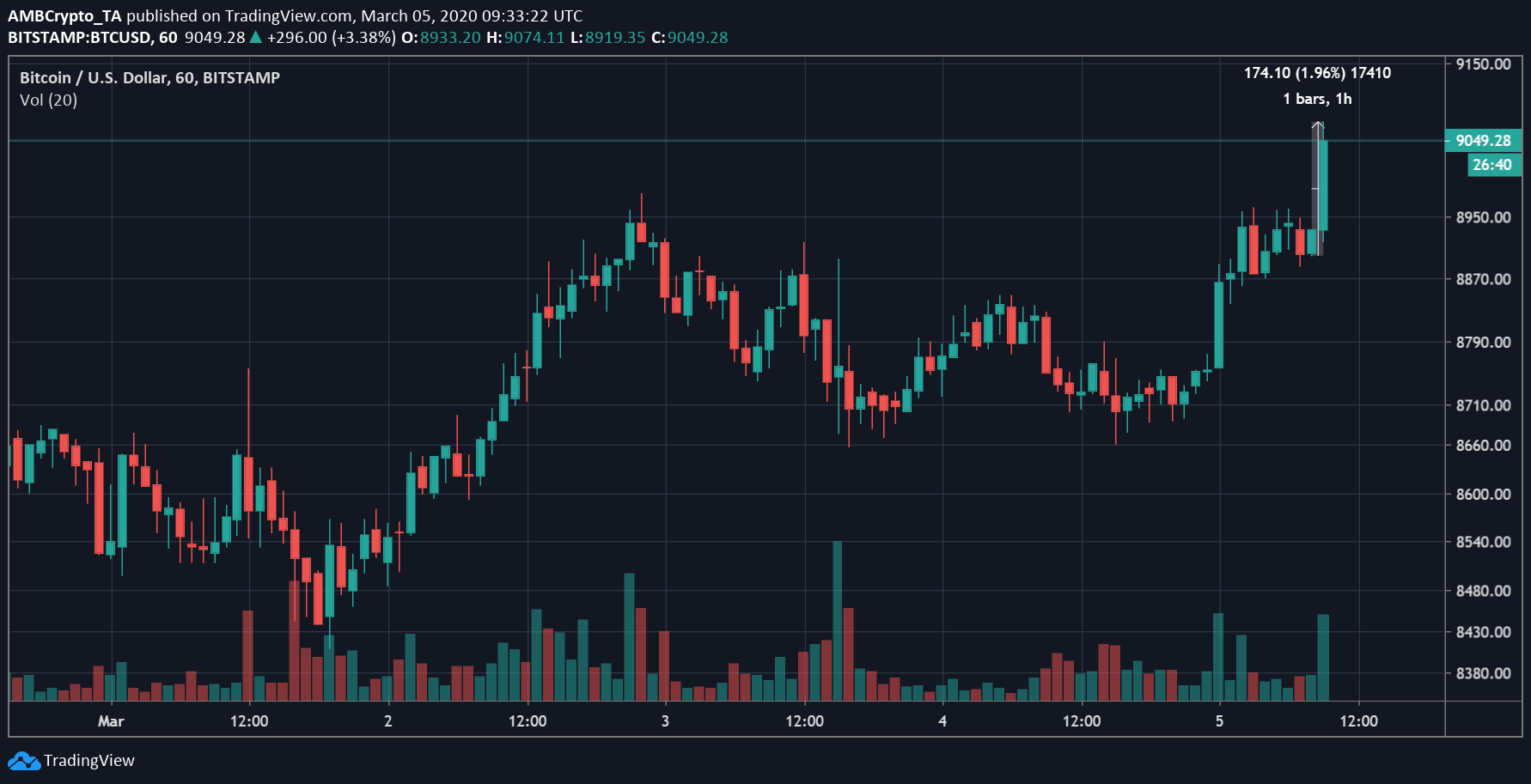 As the clock struck 12:00 am and 5 March dawned, BitMEX’s market saw Bitcoin shorts worth $5 million getting liquidated. Bitcoin’s price noted a boost of 1.69% and rose from $8,741.01 to $8,889. With $9k being closer, the shorts were taking the lead this time and within the next nine hours, the price surpassed $9k. The liquidation of $9 million worth shorts provided the thrust required for Bitcoin to cross the $9k barrier. 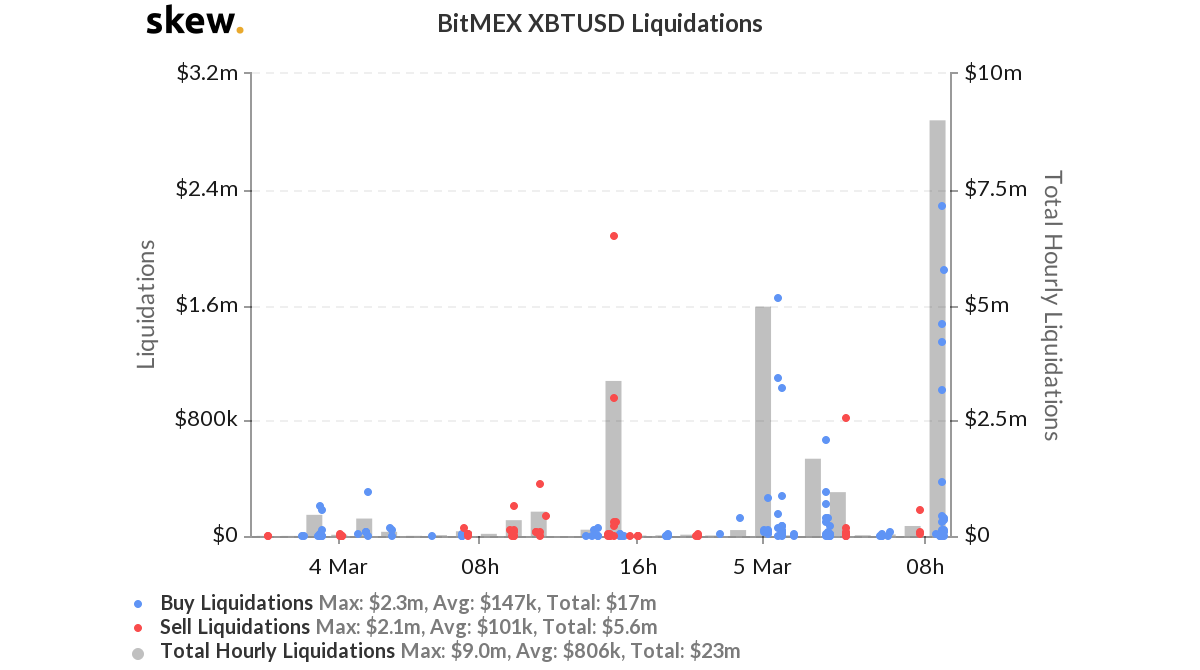 The BitMEX market saw the Open Interest take a U-turn as it spiked from $868.54 million to $950.21 million within hours. However, the Open Interest reflected on Bakkt and CME platforms on 4 March remained at a low. The CME reported a daily volume of $89 million and an OI of $210 million. 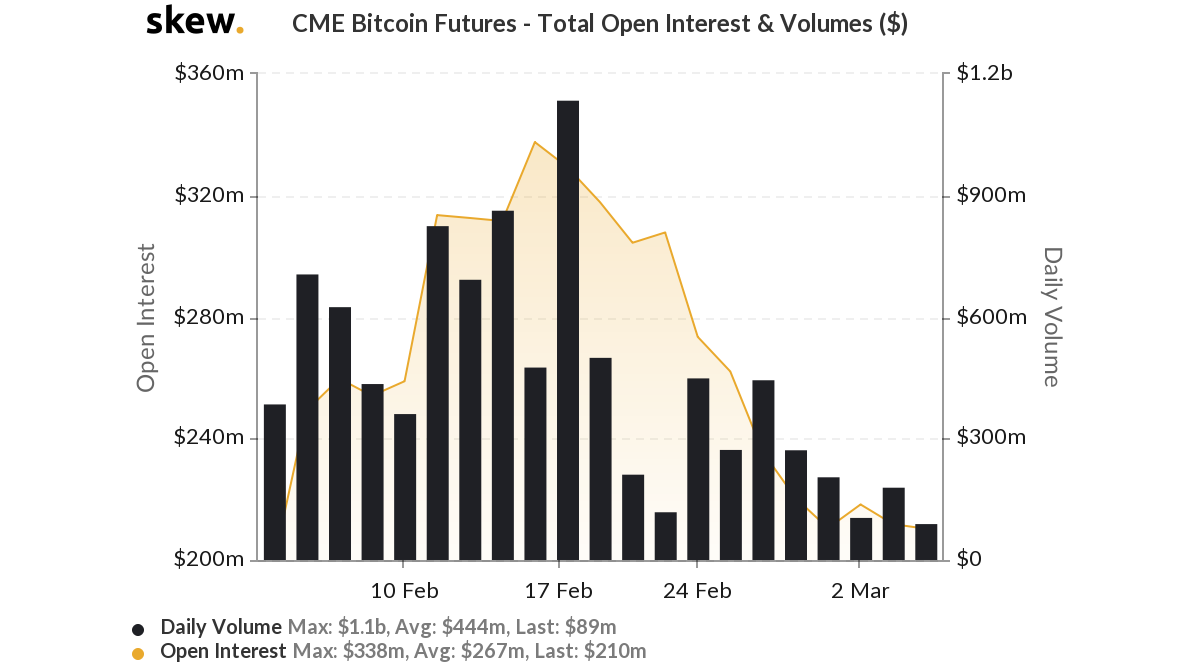 On the contrary, Bakkt reported an OI of $8.2 million while its volume was recorded to be $19 million. 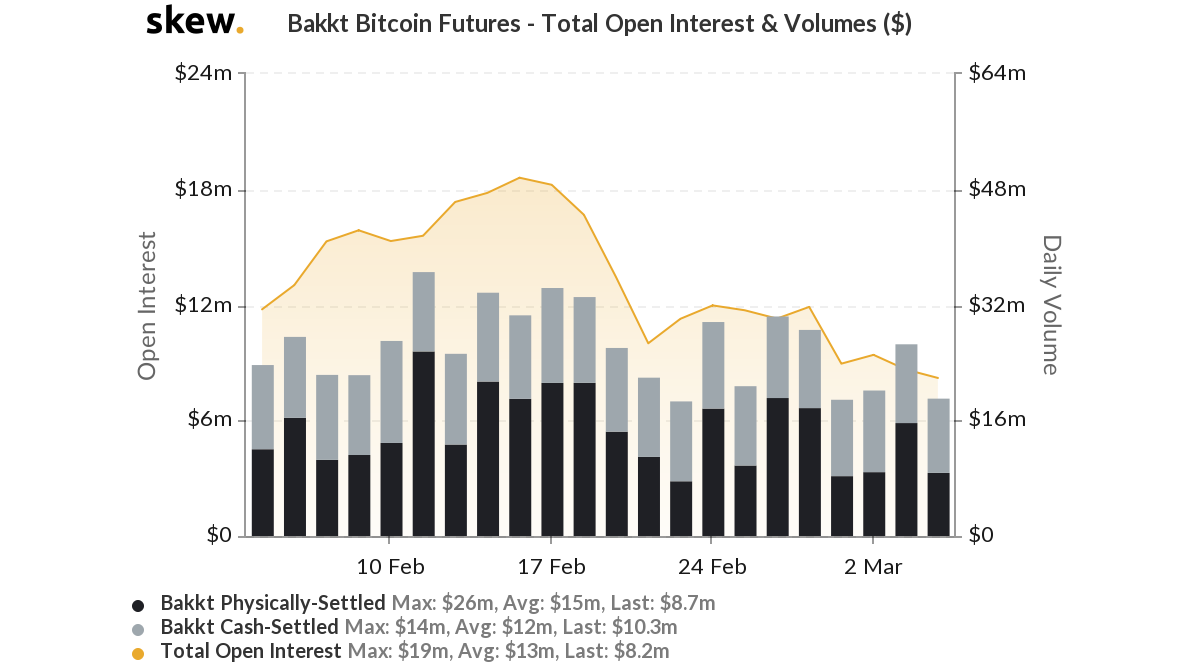 With the green candles forming and gaining momentum, the market may just be moving towards a more stable side on the Fear and Greed Index. In the past couple of weeks, the index was recorded to be around the 34 to 38 range, indicating a general sense of fear in the market. However, the meter is now slowly inclining towards implying a positive sentiment for the market. 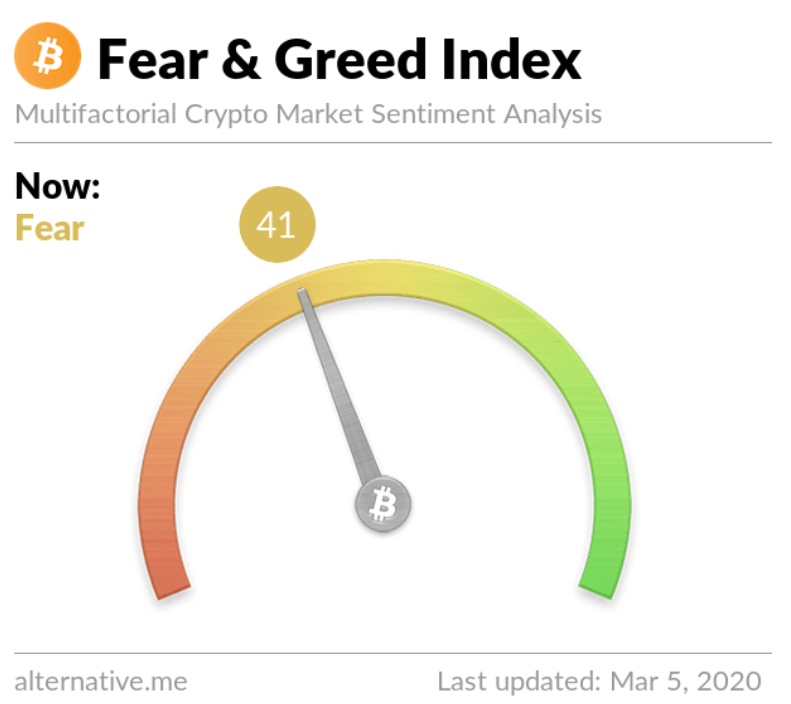