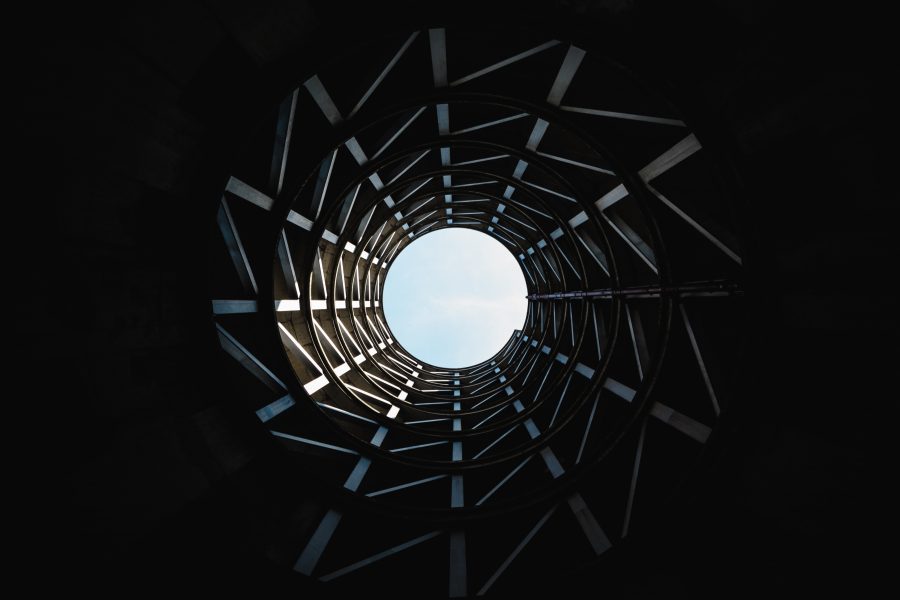 The term decentralized currency was meant to signify a virtual currency that would be based on the logic of mathematics and economics, mined from the blockchain and stored in one’s digital wallet, assigned by a private key. However, that is not the case.

In a recent piece on the Bankless blog, Coinmetrics co-founder Nic Carter argued the problem of trust in what he called “crypto-banks,” or cryptocurrency exchanges.

“These crypto banks have come to capture a large and growing fraction of the supply of major cryptocurrencies. As staking, lending, and interest bearing instruments take off, many users are choosing to get exposure to these experiences through centralized custodians.”

Custodial Bitcoin i.e. Bitcoin in any intermediary which stores the cryptocurrency not owned, is 20 percent of the total supply. This number would be even more inflated if the the lost coins were excluded. Carter further divided these custodial Bitcoins based on the custodians, with Xapo and Coinbase accounting for a large share. 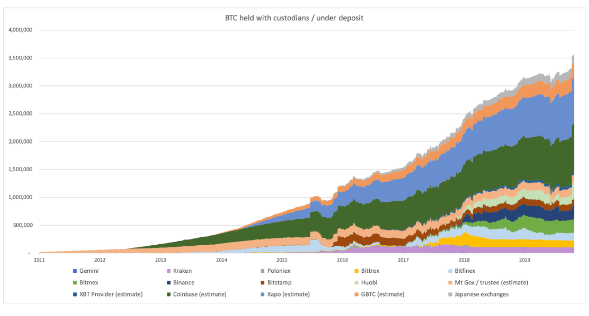 The custodial acquisition has been accelerating since 2017, when Bitcoin gained mainstream noteirity. Carter referred to this trend as “alarming,” stating that “custodial Bitcoin is growing much faster than Bitcoin supply.”

Ethereum, tells a similar story. In addition to a large chunk in custodians, ETH of a considerable number is still present in the Genesis Block. The exchange division of ETH indicates that in 2016 Poloniex and Kraken held a significant portion of ETH in their coffers, but now the distribution is well-spread across “crypto-banks” with Bitfinex and Huobi out in front.

Carter notes that this spread of supply in custodians is lower bound and does not account for smaller and de-regulated exchanges. The actual supply dilution could be greater than it already is. 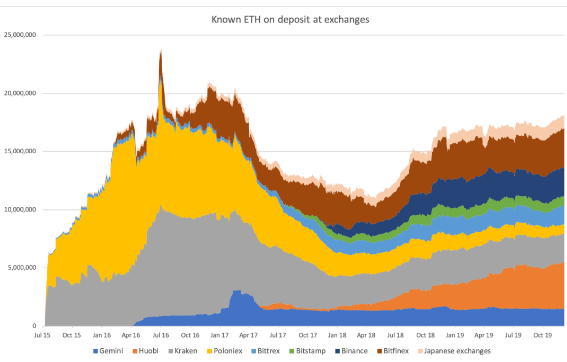 With the data on crypto-banks holding an “alarming” amount of Bitcoin and Ethereum, Carter questions to what proportion individuals who entrust these banks “trust” the holders, especially in unforeseen events like bankruptcy or insolvency. In his words, this is the conundrum of “trust minimization in the context of deposit taking institutions.”

On conversing with industry members involved in various phases of the depository process Carter concluded,

“…we (rightly) prioritize trust-minimization when open protocols are considered, but the moment the assets become custodial, we write them off and presume that funds are critically at risk (and that users are to blame for trusting an exchange in the first place).”