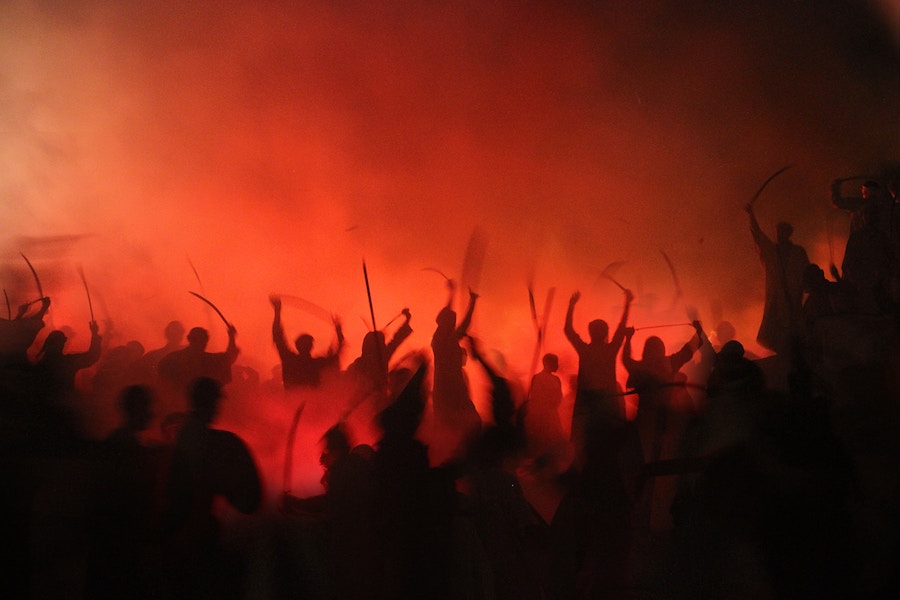 Bitcoin is regarded by many as a “safe haven” asset, for not just any financial crisis, but also for rising geopolitical tensions around the world. There have been cases of political events contributing to mini bull runs and improved price performances for Bitcoin. The latest is the assassination of the commander of Iran‘s Quds Force, Qasem Soleimani, a development that could potentially lead to war.

That being said, a financial crisis, in the minds of many, is fundamental to Bitcoin emerging as a safe haven asset, especially in light of the fact that Bitcoin emerged in the aftermath of the 2008 crash. The fate of Bitcoin in such a scenario was one of the topics discussed by Andreas Antonopoulos, the author of Mastering Bitcoin, in an interview with WhatBitcoinDid.

Antonopoulos was asked about how big the bubble is going to be and how bad the crisis could be if the bubble pops, and Bitcoin’s role in it as a hedge against it. To this, the author said that the bubble would be significantly bigger than the 2008 bubble, adding that it is “no longer just one bubble” as it was in 2008, a time where it was concentrated in real estate. He went on to state,

“It spreads to every financial asset out there in many ways, it’s also spread to crypto […] we’ve had these massive rallies in crypto is because once you’ve invested in real estate, bonds, equities […] and all of those are hyper-inflated. At some point you go well what else is left it’s still delivering yields and you see this little crypto market […]”

This was followed by Antonopoulos explaining that a crisis should not be wished for in order to test how good a lifeboat is. He stated that one factor that people don’t realize is that when there is a financial crisis, the cryptocurrency market would witness a massive crash in the beginning. He expanded,

“The reason it will crash hard is because a lot of the venture capital corporates investments and private investment from individuals that is based on cheap money […] will dry up. When people get scared, when there is a recession like that, they pull back their investments and they’re gonna pull back from crypto too.”

Further, the Bitcoin advocate asserted that the first effect of a massive recession would be a crypto-crash as liquidity in the market would dry up, adding that this is a “classic effect and a symptom of recession.” After the crash, among a number of possibilities, Bitcoin could emerge as a safe haven asset, he added.

“People try to exit the things that are crashing faster for the things that are crashing slower and you see the classic pattern where Gold and Bitcoin, Yen, and Swiss francs […] either stabilize or even start growing in price or in value. But again this is a difficult technology to get into, the number of markets that exist are relatively limited […]