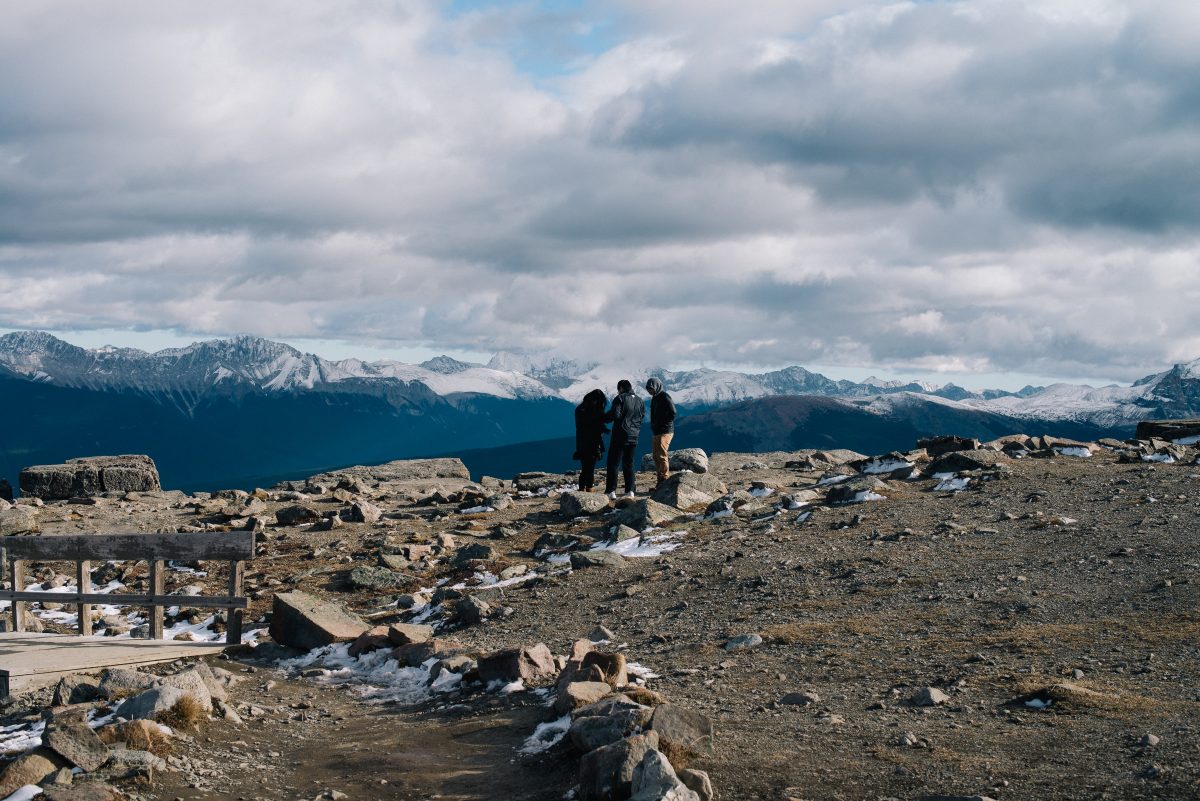 In one fell swoop, the Bitcoin Futures market has been turned on its head with the leader board not only seeing a shuffle, but volume movements disappearing in one and reappearing in the other. Among the top exchanges are Binance and BitMEX, one relatively new entrant in the derivatives market, and the other a veteran of the game. While legacies will point to this categorization, current performance points to the other.

According to data from skew markets, Binance has seen a massive increase in its Bitcoin Futures open interest, soaring higher than all its previous highs and undoing all the lost positions shelved during the plummet on March. 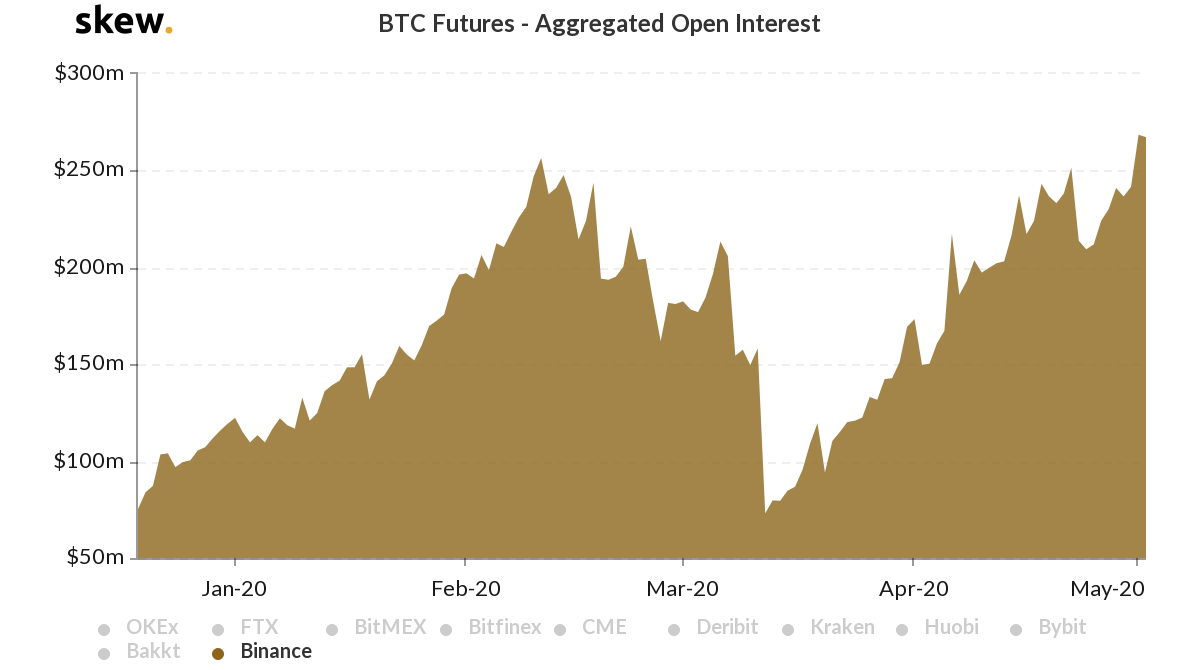 Between February 10 to March 12, the aggregated BTC Futures open interest on Binance dropped from $257 million to under $80 million, owing to the rush of liquidations which downed the price of Bitcoin from over $10,000 to under $4,000. However, since then the tide has turned.

From March 12 to April 22, the OI increased from $73 million to $252 million, a 245 percent increase in less than two months, and at press time, the OI surged above the previous high, amounting the highest open interest on Binance since its launch in September 2019, at $270 million.

While this high is unprecedented for Binance, it is not a general theme across the derivatives market. For instance, BitMEX, which accounts for the second-highest OI in the entire market, has not seen even a gradual increase in its outstanding positions. 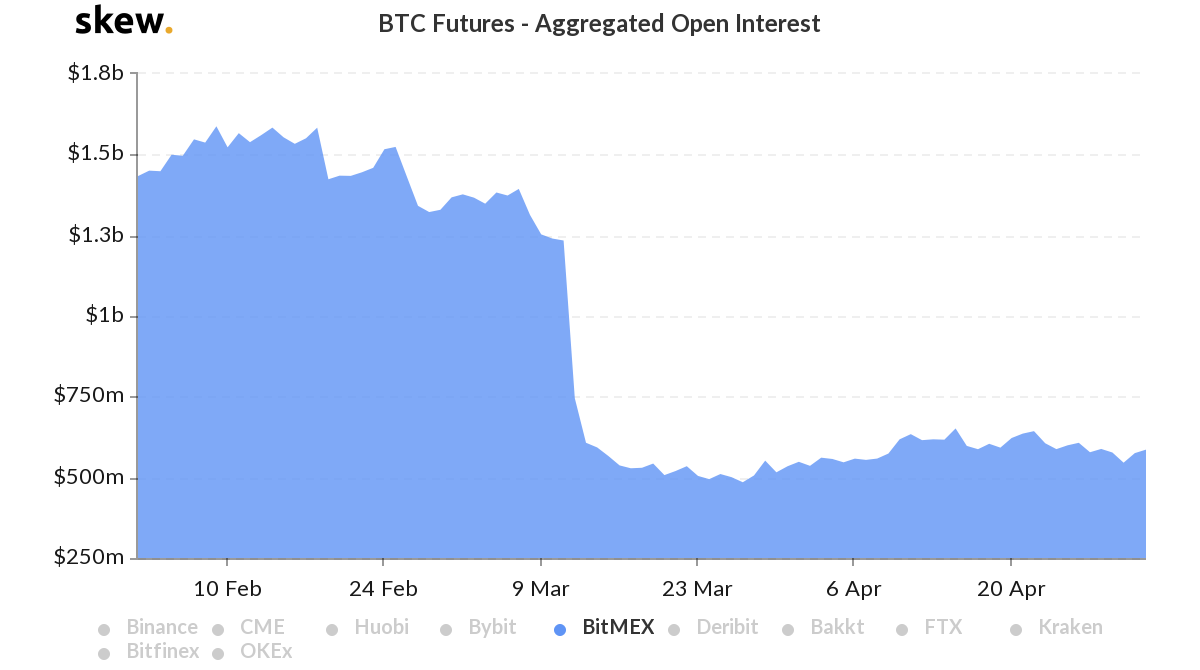 On March 12, following the plummet, its open interest amounted to $593 million and at press time it stands at $586 million. In that period, the highest open interest amassed by the Seychelles-based exchange was $636 million recorded on April 21.

Binance and BitMEX do present themselves as extremes, with one recovering all the lost OI and then some, and the other not even beginning its revival. Other exchanges like OKEx and Huobi, which regularly have daily volumes over $1.5 billion, are stuck in the middle, recovering 58 percent and 66 percent respectively.

Looking at the larger picture, the surge in Binance’s volumes and the drop in BitMEX’s which reflected in the open interest reveals a shift in trading for derivatives traders. Despite the massive volatility in the markets and the triple-digit leverage offered by BitMEX, it was unable to reel in large volumes, relative to its daily quota, while competitor exchanges are slowly reaping back their lost positions and increasing their volumes, with Binance leading the pack.