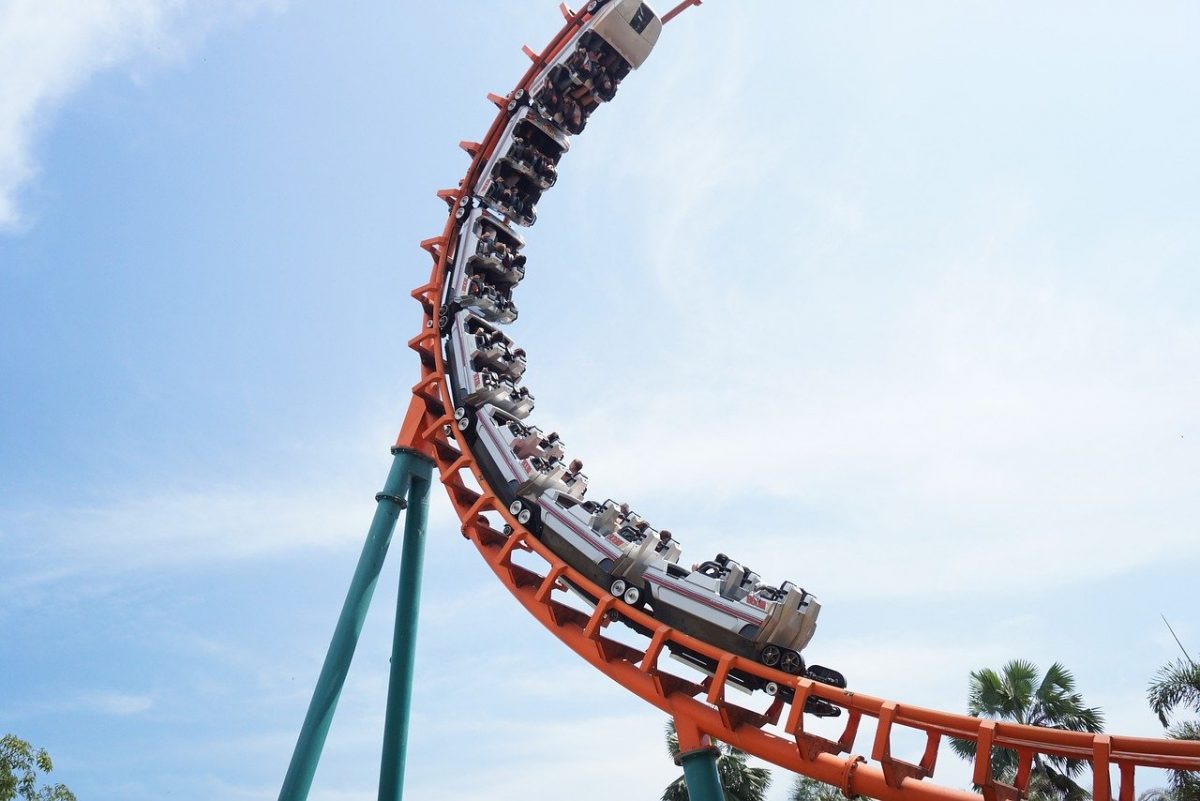 When Bitcoin crashed this year, wiping half of the gains, it was the retail traders that held on. The price of the world’s largest cryptocurrency nervously retraced again, just days before its highly awaited the supply-cutting event. But this time, it seems institutional players are holding to Bitcoin in anticipation of higher profits as the previous two halvings were followed by high volatility and extended rallies.

One of the largest institutional players in the space, Bakkt broke its previous record after posting a significantly high volume in terms of Bitcoin Futures despite a rather flat spot market figures. As observed in the latest Skew charts on 11th March, volumes for Bakkt’s physically-settled BTC futures touched $42 million, while that of cash-settled soared all the way to $9.8 million. This level was last seen on 18th December last year, when it recorded its first ATH. 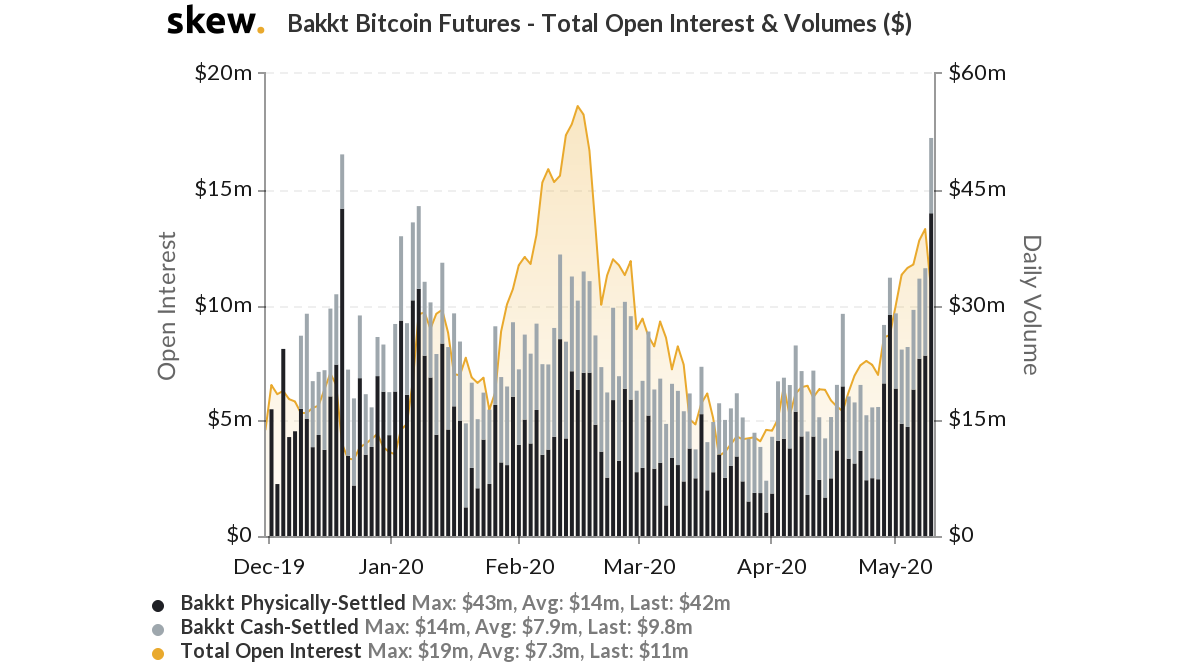 In terms of Open Interest, Bakkt’s figures rose all the way up to $13 million on 8th May before settling at $11 million three days later.

An interesting climb was also seen in the figures of another popular institutional behemoth, CME. Open interest on the platform has increased non-stop after the crash on 12th March and was up by more than 200% since the beginning of the year. In another milestone, nearly $1 billion Bitcoin futures were traded on the platform, as per the latest charts on Skew. 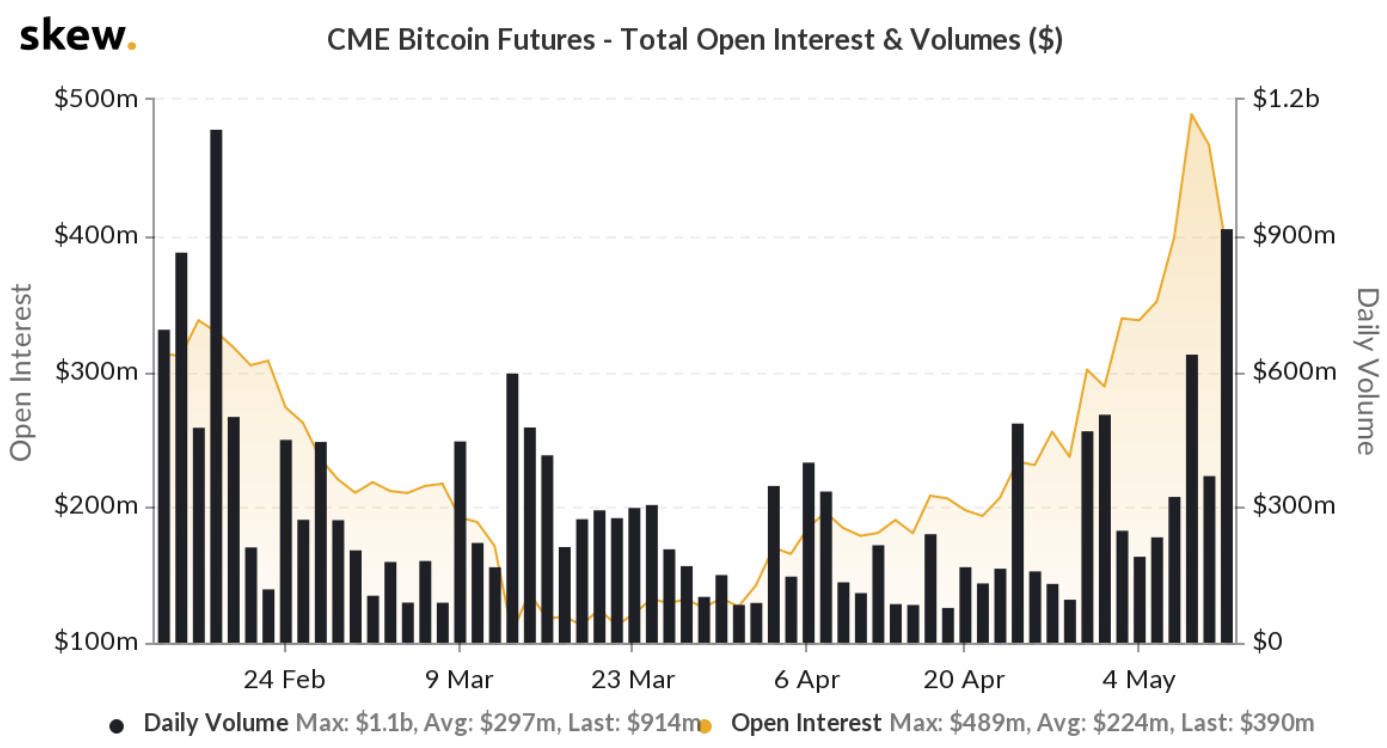 Rising volume and OI figures on both CME and Bakkt’s BTC futures were an indication of an increasing institutional interest in the king coin and not just ahead of the halving but also as a macro hedge. The rise in the cash-settled volume of both Bakkt and CME also indicated that investors were gaining exposure to Bitcoin even as they did not physically hold it.

Other cryptocurrency platforms also noted a significant uptick in the volume of BTC futures traded as the aggregated numbers stood close to $40 billion with exchanges such as Huobi, OKEx, and Binance dominating the chart. 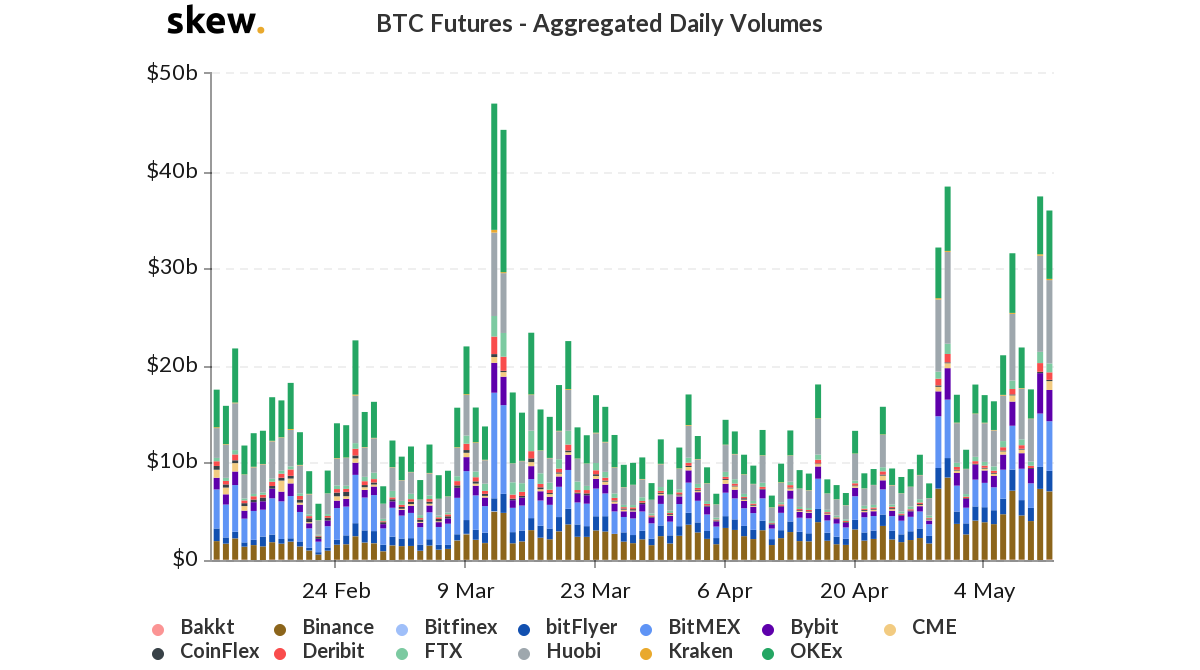 Bitcoin locked in DeFi marks an ATH, as Ethereum continues to trend low