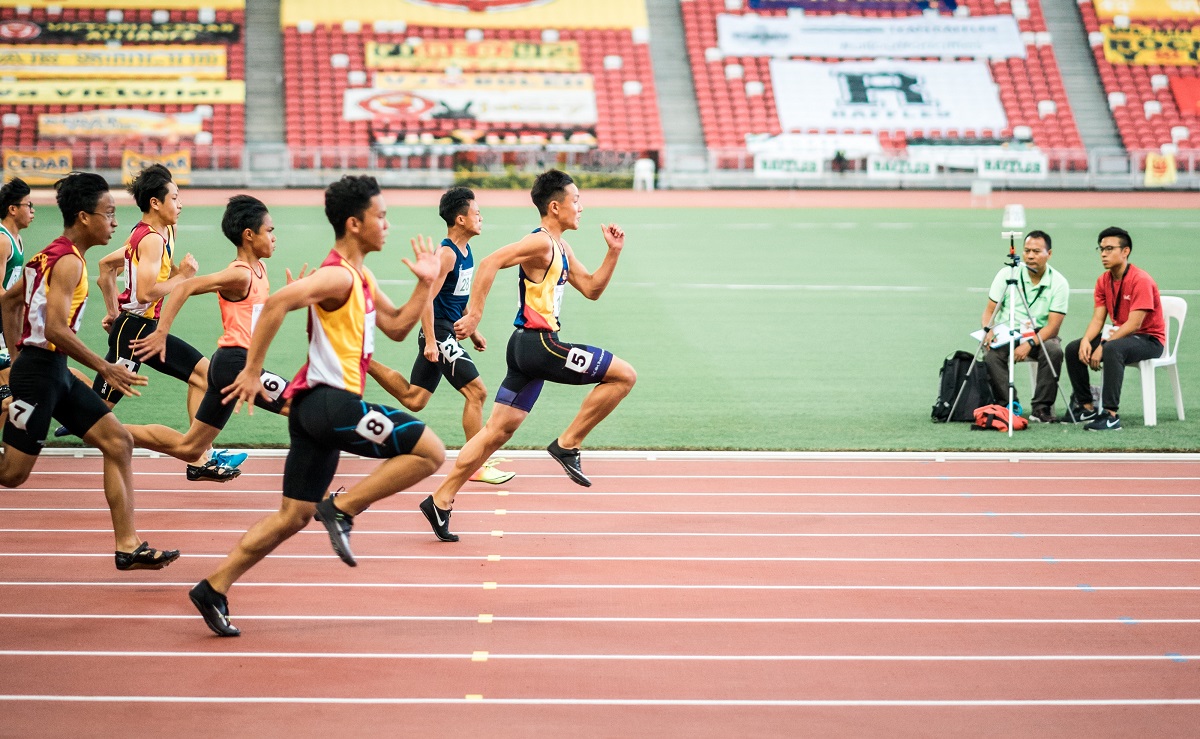 Several altcoins exhibited bearish signs at the start of May as altcoins such as Litecoin, Zcash, BCH, ETC, and Decred have all started moving southwards. However, for many of them as the days pass their fortunes may soon see a reversal. 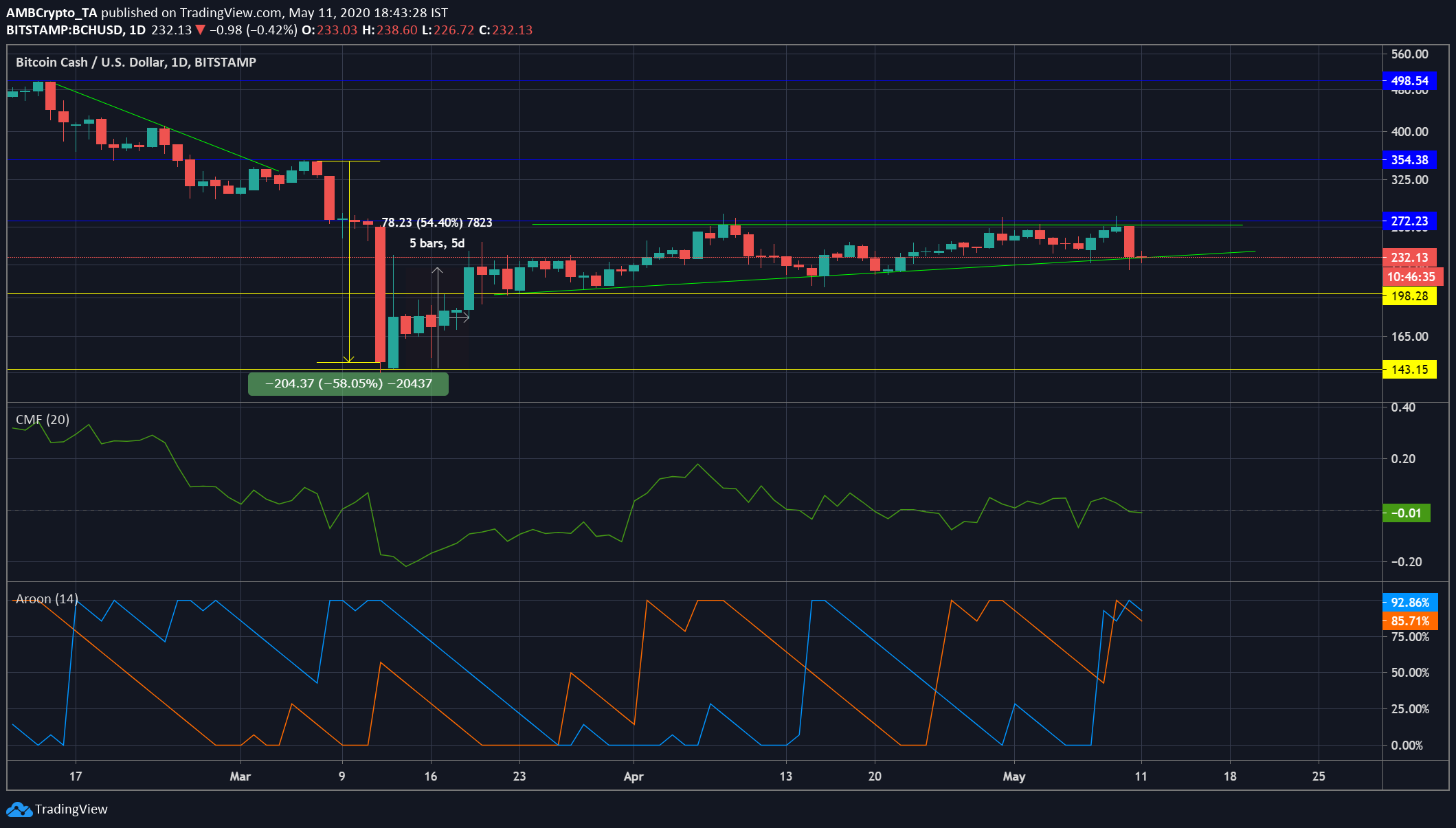 Bitcoin Cash, the fifth coin as per Coinmarketcap has not seen a lot of price fluctuations since the market crash in March. Once the price recovered from the losses incurred on March 12, it rose up and held support at $198.28. However, at the moment, the CMF indicator that rests just below the zero line hints at a short term downward breakout and this was further confirmed by the Aroon indicator. If this is on the pricey end, the BCH community miner’s tax issue still remains one of the major concerns in the community. 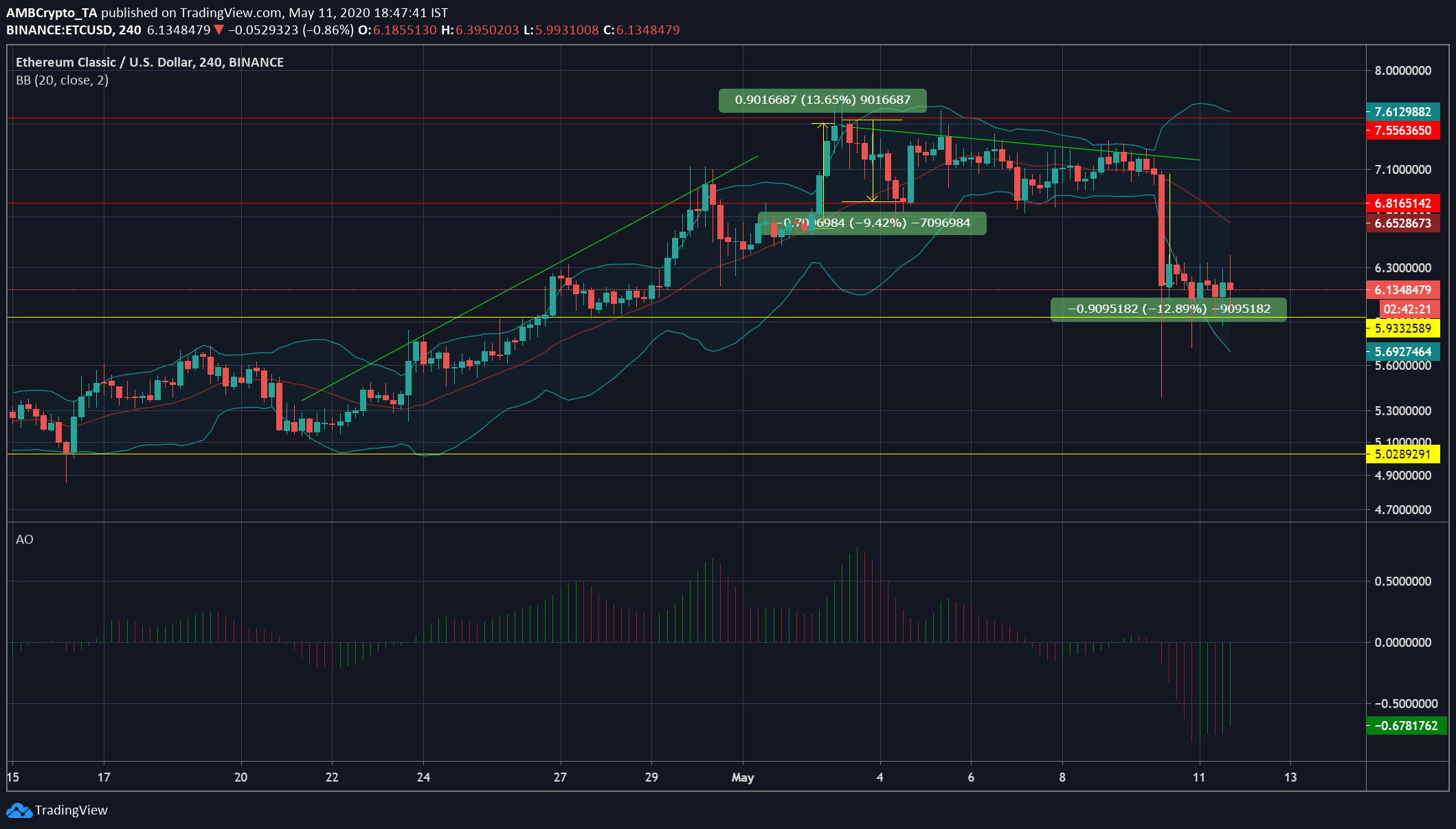 Ethereum Classic, with a circulating supply of 116,313,299 ETC, has recorded significant gain price-wise, in the month of April. As seen in the attached chart, the price started a bull on April 20 and has continued the pattern till April 30. However, with the start of May, the coin saw a short-term dip in price. Although a 13% rise was noticed on May 3, the price soon fell down by 9%. The coin saw a further drop by 12% on May 10. The widening Bollinger Bands indicate high volatility in the coming days. The awesome oscillator has closed with green bars which may indicate bullish sentiment in the future. On the development side, Ethereum Classic has come out with a successful update of its TestNets and has also declared its readiness for MainNet. 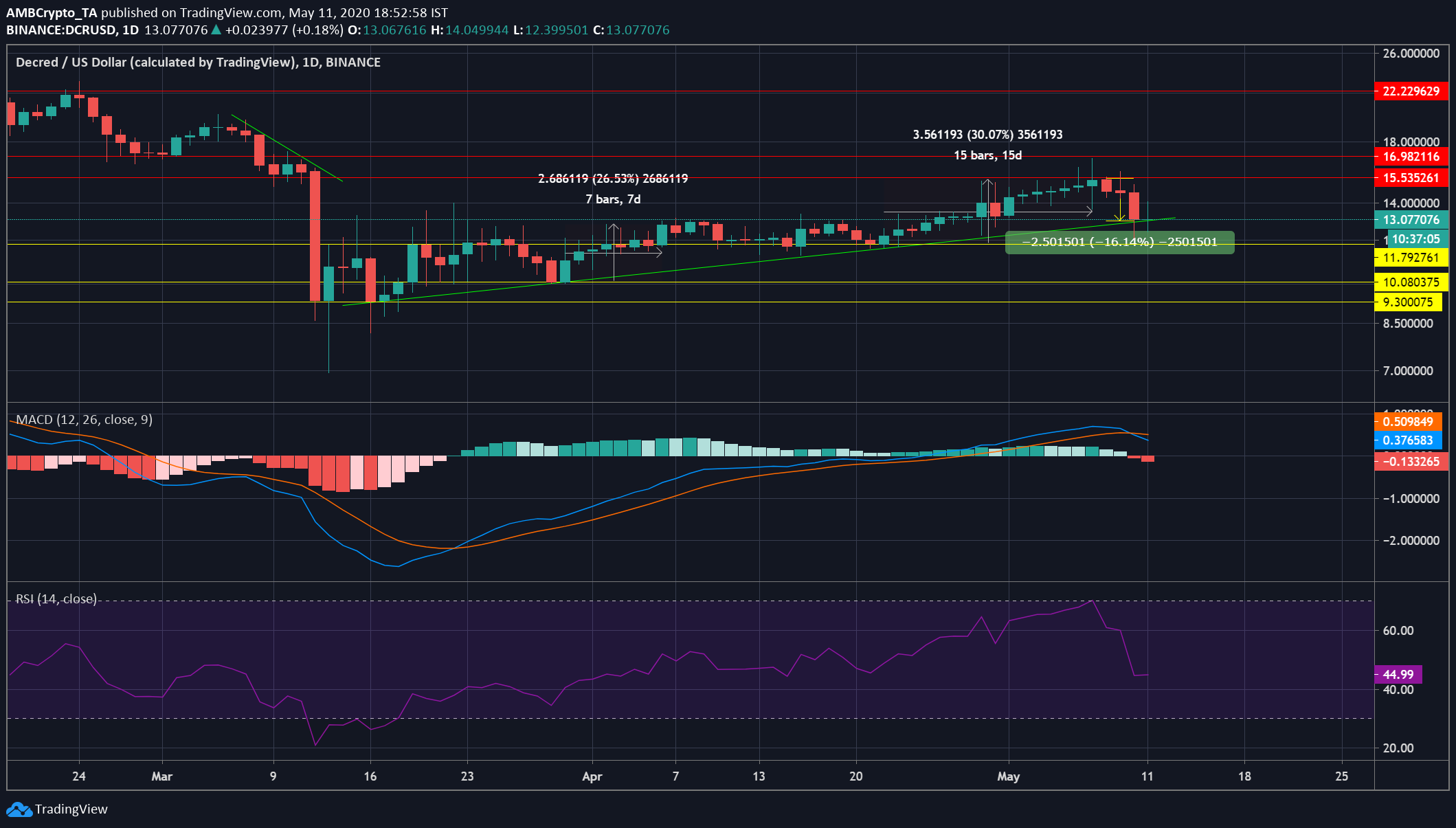 Decred has been on an upward trend since mid-March. Unlike many altcoins, the coin continued trending upward with the beginning of May as well, however, on May 9, it entered the bearish territory. The price fell by 16% on May 9. The MACD indicator has undergone a bearish crossover and hints at a potential downward breakout and the RSI indicator which rests at 44 indicates a potential ‘over-sold’ situation in the near future. Decred currently rests at the 41st position with a circulating supply of 11,474,446 DCR.

Related Topics:BCHdecredETCPrice Analysis
Up Next

For Bitcoin how important were its retail Hodlers during Black Friday?