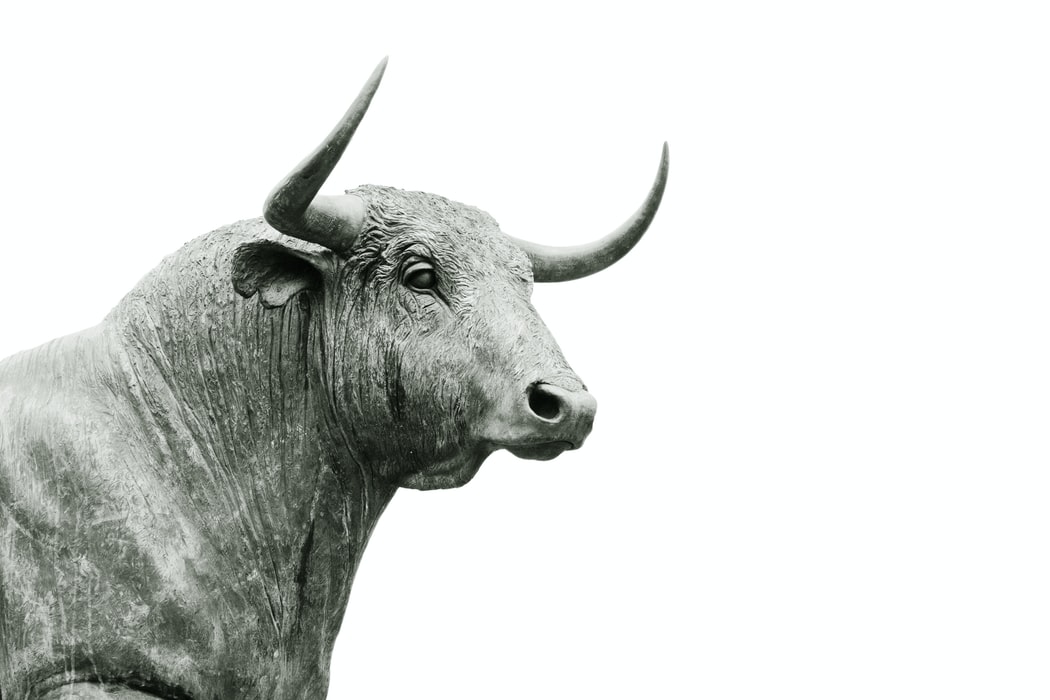 MicroStrategy made a huge splash when it chose Bitcoin as its Primary Treasury Reserve Asset, a move, the implications of which, are yet to sink in among many in the crypto-community. In fact, MicroStrategy Founder and CEO Michael Saylor invested a massive $500M off its balance sheet in Bitcoin. The fact that Michael got acquainted with Bitcoin only recently, makes this move even more bullish.

However, look closely, and you’ll see that this wasn’t a decision that came to be on the fly. On a recent edition of The Pomp podcast, Saylor claimed that “Based on MicroStrategy’s research, real Bitcoin dominance is 92%, the next network 2%, and the one after that is 1.5%.” Simply put, Saylor and MicroStrategy were looking for a dominant asset that sheltered the aforementioned $500M from inflation. In the same episode, he also cited a total of 35,000 publicly traded companies carrying a total of $5T in spare cash getting negative real returns.

Going long on Bitcoin, ergo, seems to be a natural move for MicroStrategy, especially after its own in-house research found so. However, the risks associated with this move are just as high, if not higher than the rewards. Bitcoin was noting a 52% RoI in YTD, at the time of writing. However, if you were to go back a bit and choose a longer timeframe, say from 2018, it can be observed that the price has dropped 20.74%. 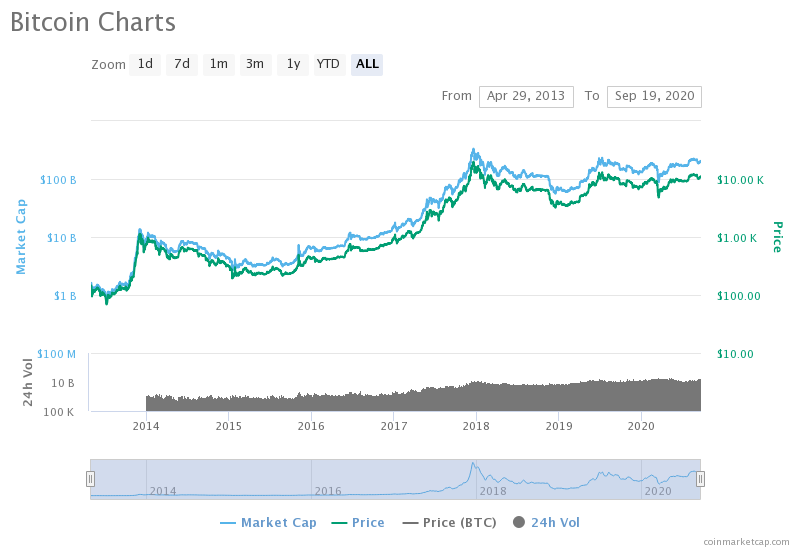 This is the risk that MicroStrategy is willing to take, the risk of going long on Bitcoin. The upside is that the RoI on Bitcoin over the past 10 years has been upwards of 8000%. HODLing Bitcoin as a store of value for a decade may promise high returns. However, if there is a need to liquidate the investment, the upside may be lower than expected. 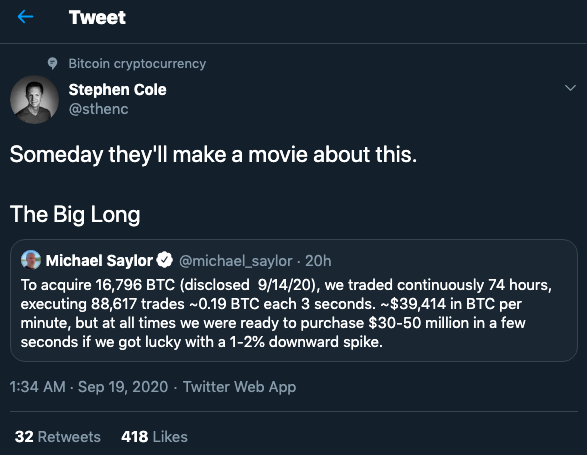 MicroStrategy’s big long stands out among other institutional investments, like the one by Grayscale, because Michael Saylor has openly admitted to being an outsider to Bitcoin. Looking at it from an outsider’s perspective, he identified Bitcoin as digital gold and as a store of value. In Saylor’s words, “Cash is Trash,” with the exec looking to invest in Silver, Gold, or Bitcoin. The choice was clear, if his Bitcoin investment was even cut in half, it would go up 10 times, and that is his expectation from the $500M invested in Bitcoin.

The winning formula was to find a digitally dominant network that assured 10x in returns, and based on his research, Bitcoin made the cut. While alternative crypto-assets like DeFi and altcoins have gained significant market capitalization over the past 90 days, Saylor, and by extension, Microstrategy, believe that these projects, though innovative and experimental, are shaded by Bitcoin, with the world’s largest cryptocurrency the only true store of value in the crypto-market.

MicroStrategy’s move has garnered a lot of mainstream media attention, with some claiming that it has opened the door to many other companies taking its lead. However, that’s not all, as Saylor’s optimism has also been noted by whales and retail investors, a development that bodes well for the crypto-market in the future. The risk-reward ratio is high enough to label this move – The Big Long of 2020.