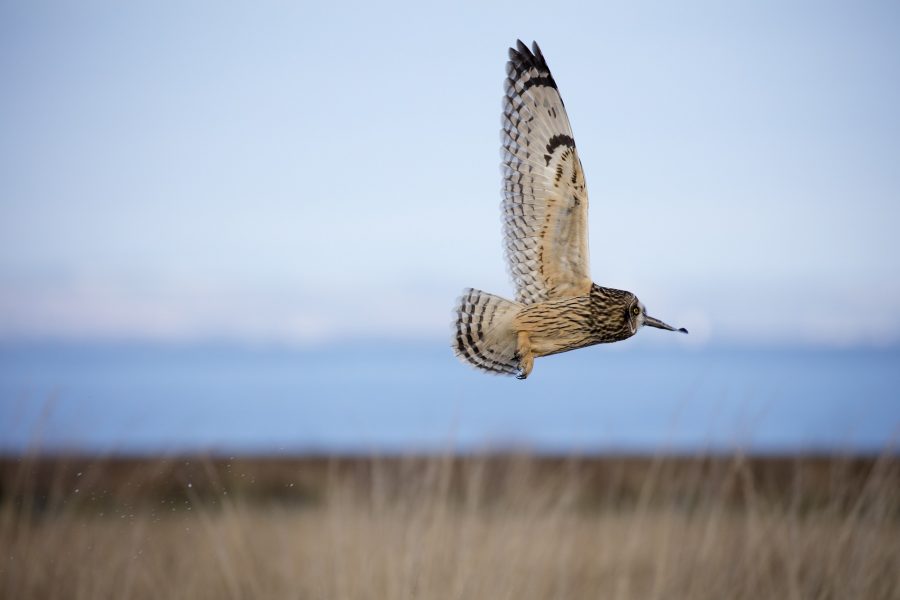 The last 3 weeks have been anything but fruitful for XRP’s valuation in the market. On 14 August, XRP breached its long term support of $0.291 and the price recorded its year-to-date low. At press time, the token had depreciated by 11.22 percent over the last three weeks and XRP’s price was at a low unseen since September 2018. The short term analysis of XRP did not exhibit any bullish signs, with the fate of the coin uncertain. 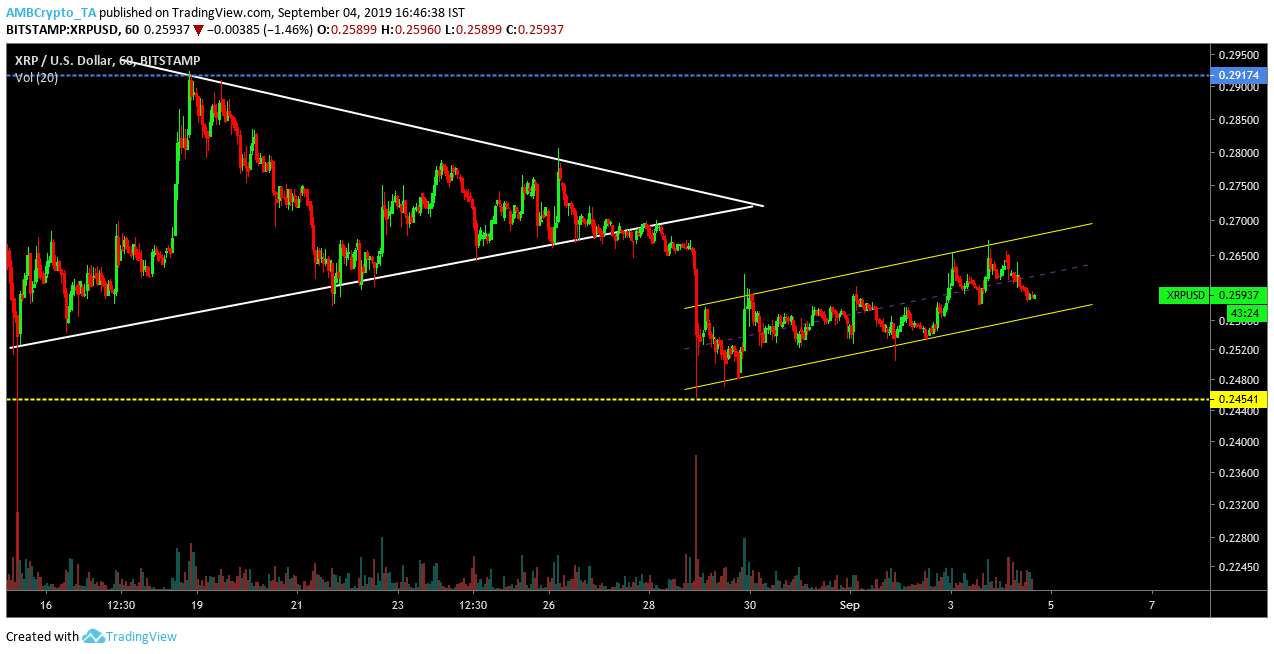 XRP’s price previously exhibited the formation of a symmetrical triangle pattern which gave its community a little bit of hope for a possible bullish breakout. To their anguish, another bearish pull surfaced which dropped its valuation down to $0.245. The present price movement has suggested recovery, but the current pattern formed does not indicate a positive outcome for the token.

The price has navigated under the formation of an ascending channel in the charts. The trend lines were held tight as the price retested the pattern a couple of times, forming a couple of higher highs. The aforementioned pattern suggested that another drop was imminent for XRP, a drop which may be witnessed when the price tests the support at $0.245 once again. 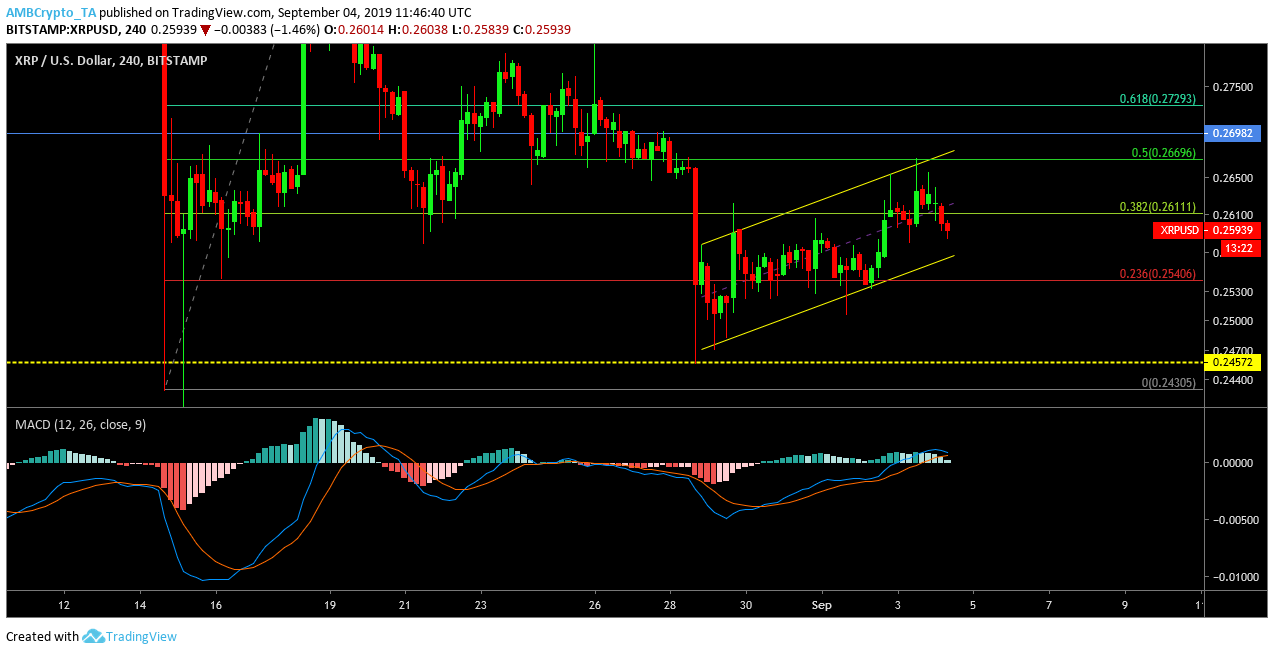 XRP’s 4-hour price movement highlighted the pattern of the ascending channel and the chances of an impending decline loomed large over the third-largest cryptocurrency. Following the breakout, according to Fibonacci retracement lines, the price may retest the immediate support at $0.254, before recovery sets in. However, considering stronger bearish momentum is in the picture, the valuation could drop down to $0.243, which would be its lowest price in the last 18 months.

The MACD was feebly bullish for the token, but the close proximity of the blue and orange line suggests an impending change in trend and yet another bearish run.

At press time, bullish sentiments were hardly recognizable in XRP’s short-term charts as the ascending channel formation rang bearish alarms for the token.