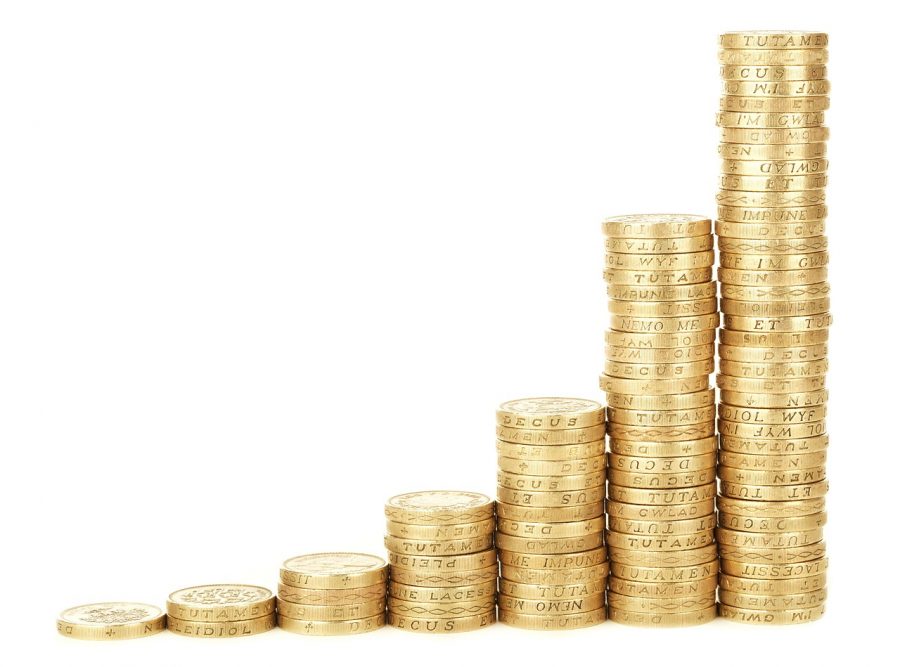 Ripple’s on-demand liquidity [ODL ] product currently has five endpoints including USD, PHP, AUD, MXN, and EUR. These endpoints have been active for quite some time, recording high liquidity from time-to-time. And according to recent observations, liquidity has reached an all-time high on the XRP/PHP corridor.

According to Liquidity Index Bot, on 19 February, the liquidity on Coins.ph XRP/PHP corridor was reported to be 5.52 million. 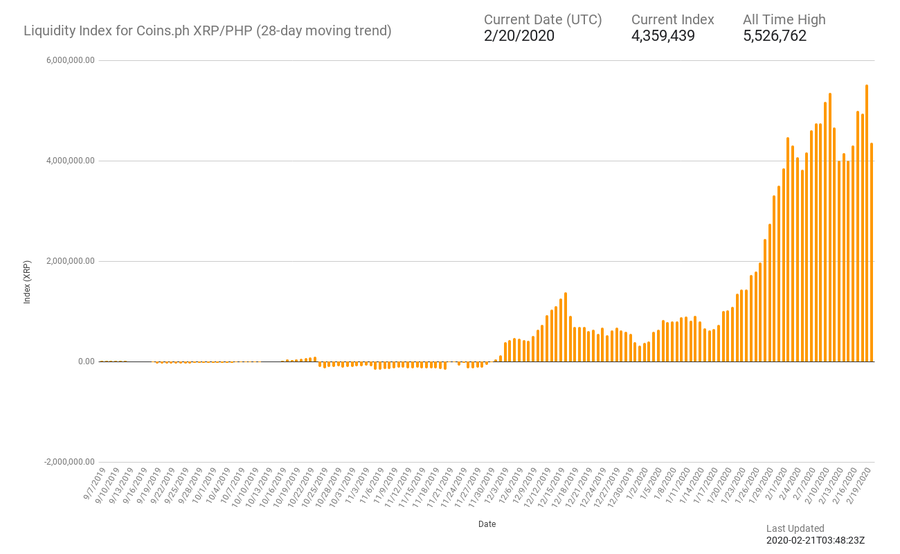 This corridor to the Philippines has been noting increased liquidity since the beginning of January. At press time, the liquidity was noted to be closer to the ATH mark at 4.35 million.

On the other hand, other prominent indexes like XRP/AUD and XRP/MXN also showcased strong liquidity. XRP/AUD that went live on 8 January registered an ATH at 5.18 million on 10 February and it has slowed down since, with a major dip on 15 February, when the liquidity dropped to 1.88 million. At press time, the corridor was reporting liquidity of 2.40 million 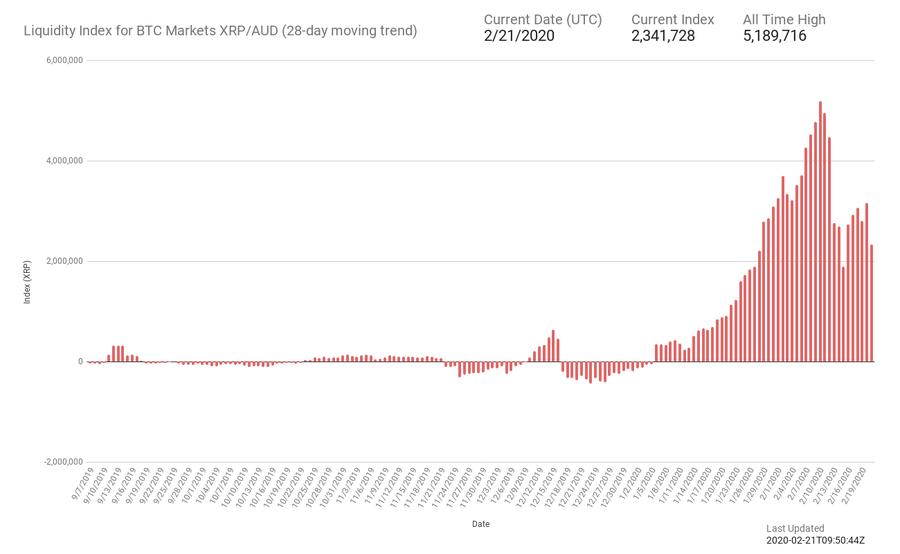 XRP/MXN has been the most liquid index yet with its all-time high marked at 20.39 million on 17 February. The index has not fallen under the 15 million mark over the past few days and it maintained liquidity of 16.89 million, at press time. 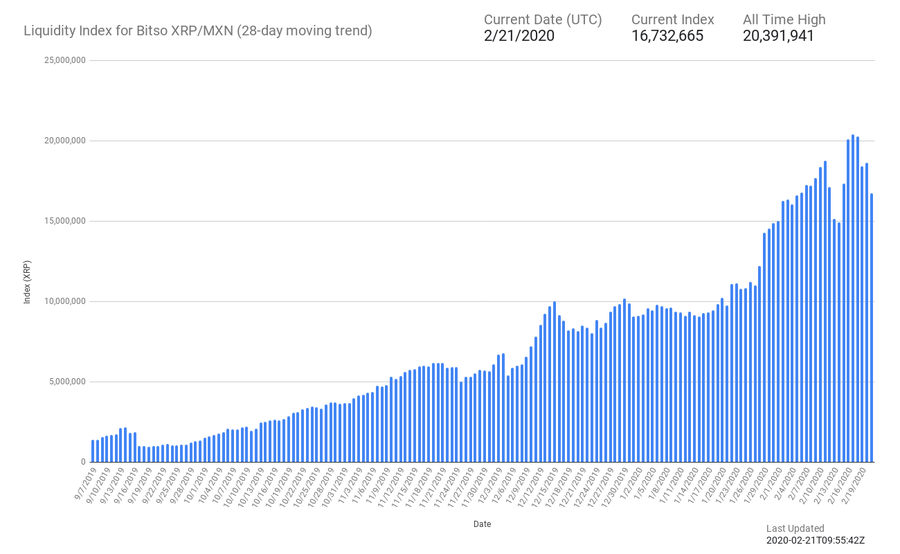 With just five endpoints, the platform has been gaining popularity and according to FlashFX’s Chief Enabling Officer, Nicolas Steiger, there could be 20 endpoints by the end of the year. The only licensed entity in Australia on RippleNet, FlashFX, sends money via the AUD-PHP and AUD-USD corridor. Even though XRP/PHP reported an ATH, the AUD-PHP corridor reported a 24-hour volume of $281,072, while AUD-USD took a lead among the two, with a 24-hour volume of $2.04 million. 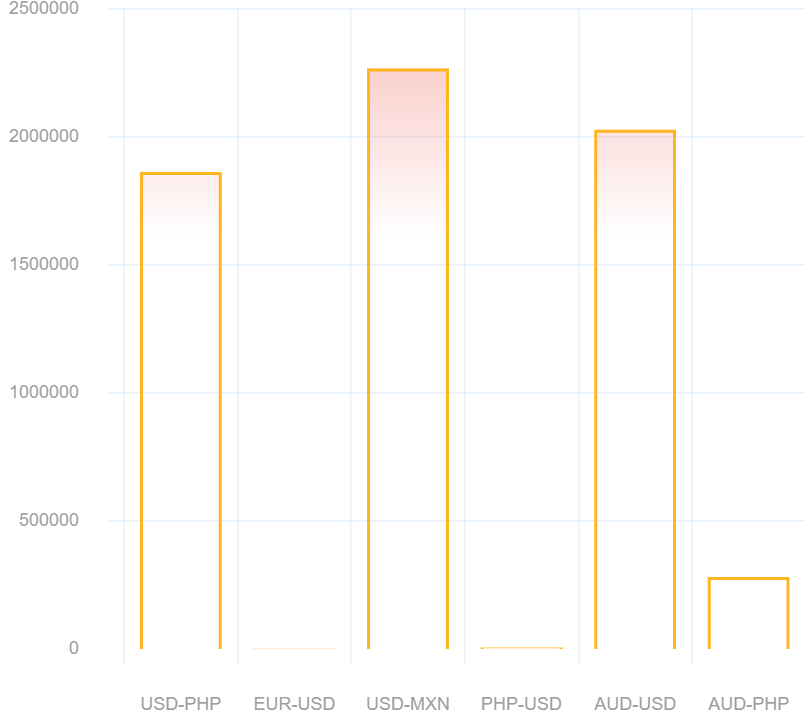 The AUD-USD 24-hour volume appeared to be close to the USD-MXN volume of $2.26 million.