BitMEX has long been a pioneer when it comes to bitcoin derivative products. However, due to its recent tussle with the American authorities, the exchange faced a major setback. With the new CEO appointed, it is yet to see how he will guide the exchange to a safer place.

According to the blog, the new CEO – Alexander Höptner will pursue 100X’s ” wider vision of shaping the evolution of digital financial services through strategic investments, innovation, and enhancement of the BitMEX platform”.

With Höptner joining the board of directors soon, the interim CEO, Vivien Khoo will now step down. The CEO stated,

“The future of this industry will increasingly belong to those who provide a regulated trading environment that is innovative, liquid, and fair for institutional and retail investors alike.”

While the company does badly need regulatory clarity after their recent bout with CFTC, it will be an interesting development to see how it will affect the users.

Arthur Hayes, CT’s beloved CEO and co-founder seems to have gone AWOL since this incident. The last tweets of Hayes were during the peak of Defi summer in September.

Even with the announcement of a new CEO and bitcoin hitting a new ATH, Hayes seems to have chosen to remain dormant.

The exchange volume was around $5 billion in September and due to the charges brought forward by the CFTC, it dropped to $650 million. Despite all of this, the exchange seems to have recuperated in terms of trading volume, as it currently stands as the 4th largest derivatives exchange based on trading volume.

The exchange has on several occasions made clear the steps it will take to make sure the KYC process is completed. Although it was an untold truth, a lot of the users on BitMEX were from the US. 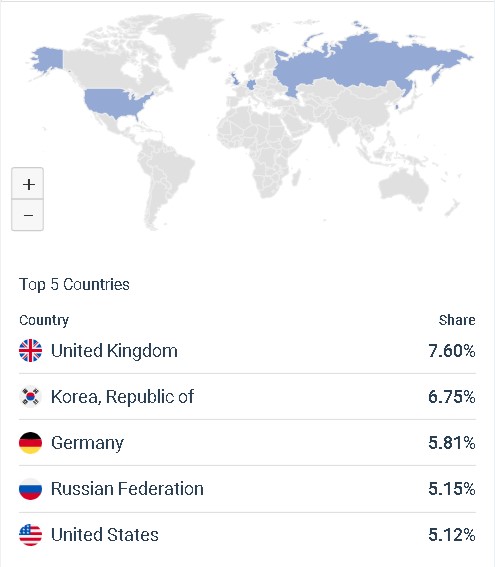 A look at SimilarWeb results shows that more than 5% of the traffic for BitMEX is still from the US.

What’s interesting to note is if its web traffic will continue to deteriorate. BitMEX’s page visitors have dropped from 10 million in May 2020 to 4.4 million in October.

Related Topics:bitmex new ceo
Up Next