With the crypto-market’s attention presently focused on price movement, many fundamental metrics have undergone critical changes over the past month or so.

According to skew analytics, WBTC has been at the head of a crucial development in the ecosystem since 19 January. WBTC, or Wrapped Bitcoin, is an ERC20 token based on Ethereum which is 1:1 pegged with Bitcoin. 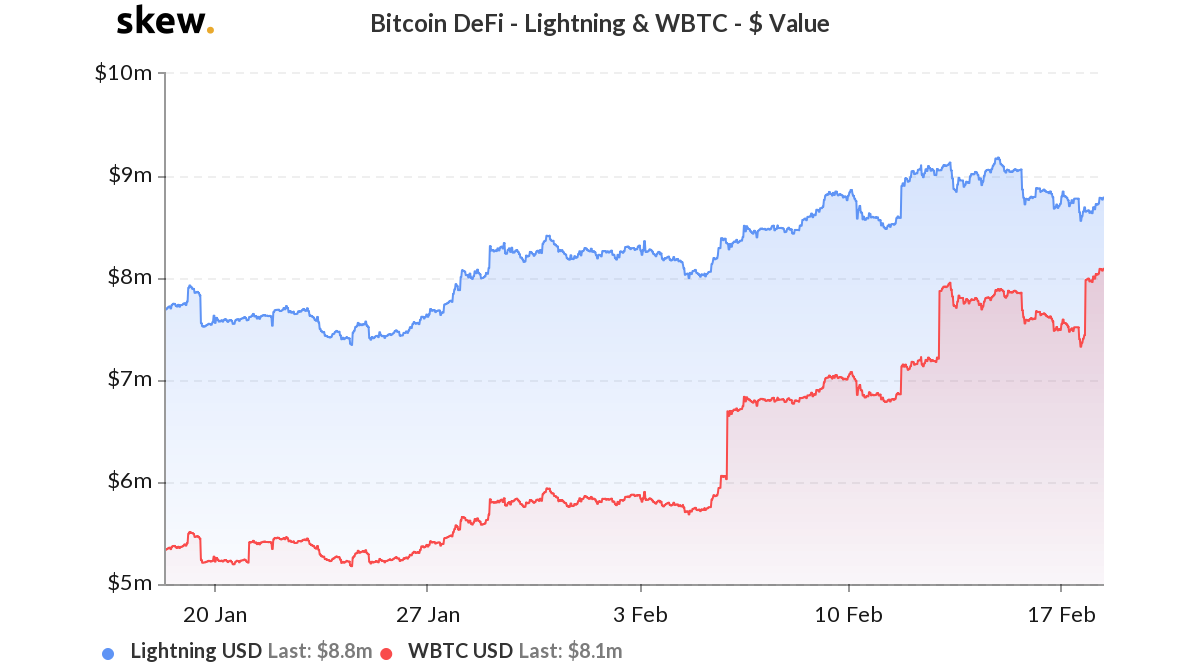 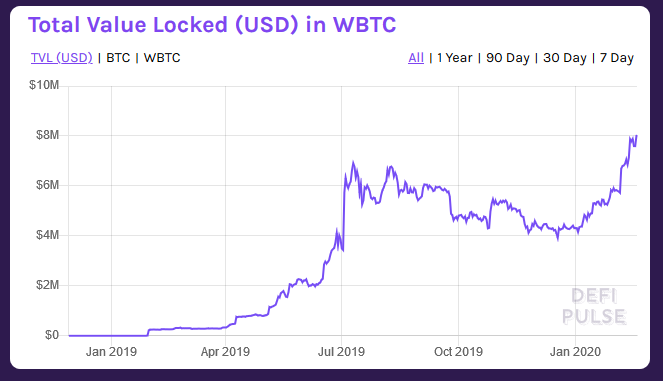 It is also important to note that the Total Value Locked in WBTC reached an all-time high with its recent surge, a development that suggested that increased usage of the DeFi token on the Ethereum blockchain may overtake Lightning Network’s capacity in the near future.

Liquidity flowing into the DeFi ecosystem is a positive sign from a development perspective, but one of the key arguments raised by the community is WBTC’s custodial nature. Bitgo, along with the Kyber Network and Ren, had launched WBTC back in 2018, with Bitgo being the major custodian for the native asset; these custodians control the keys that mint new WBTC tokens in the ecosystem.

Such a structure reeks of centralization and these custodians also charge a custodian fee when a merchant mints or burns WBTC. However, merchants incur a fee as well when users exchange their wrapped tokens for the native asset.

Although trusting a custodian isn’t a bad situation to be in, a decentralized token such as the DAI stablecoin, one where users are able to mint tokenized Bitcoin without needing trust or permission, is more powerful.

The increase in TVL in terms of WBTC may also have an effect on Bitcoin’s valuation. By locking up Bitcoin on the network via WBTC, the amount of Bitcoin in circulation indefinitely reduces. This causes the supply chain of Bitcoin to become smaller and scarcity in circulation may inadvertently increase the king’s coin valuation.