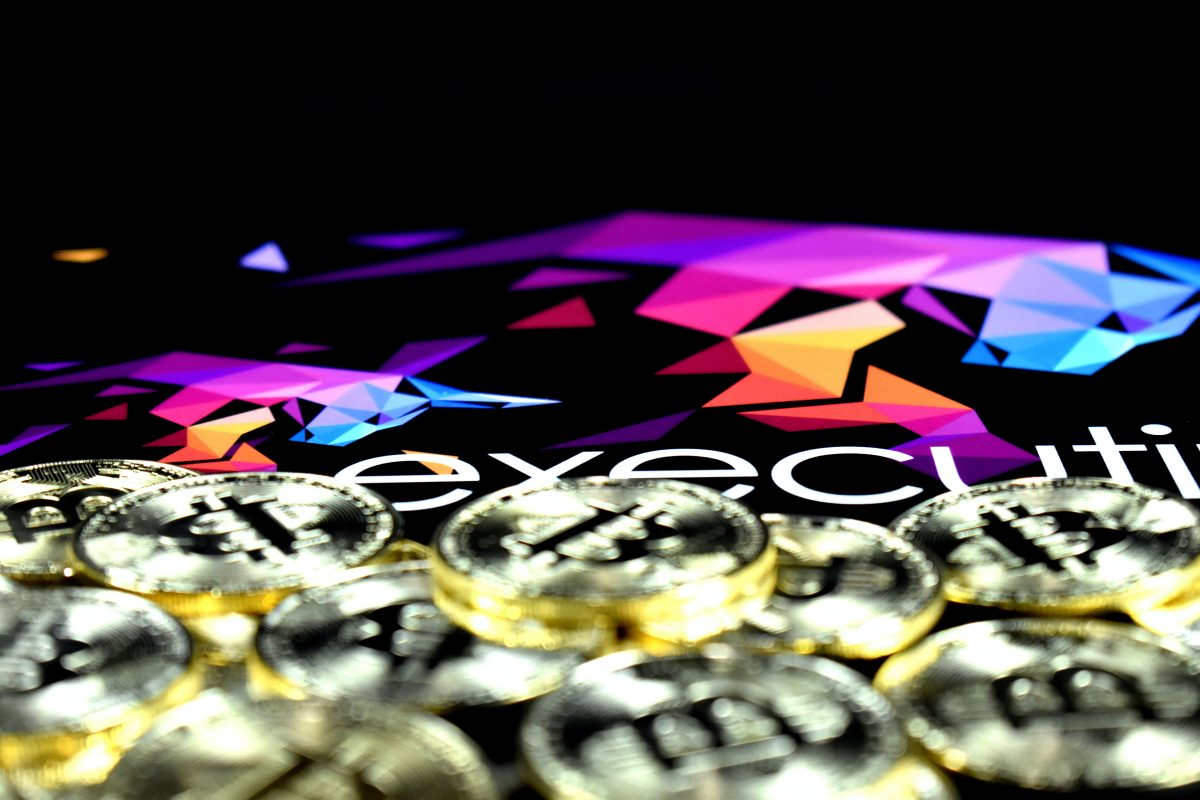 If I told you a decade ago that in 2020, the U.S stock market would be going through its worst crash since The Great Depression, the U.S government is handing out $1,200 checks to every citizen, central banks the world over are slashing interest rates to near 0, and oil is trading in the negatives, your first question would be ‘How’s Bitcoin doing?’ Okay, maybe not your first question, but definitely in your top-10.

We are going through a historic event as the pandemic COVID-19 has ravaged world markets and turned central bankers into printers, going ‘BRRR.’ As cash keeps flooding the economy, with equities moving less with the market and more with the Fed’s printers, and gold not the ‘safe’ option it once was, investors are looking elsewhere to keep their savings in check, and amid these tough times, Bitcoin has seen an inflow.

Bitcoin, despite enduring its worst crash in seven years owing to the liquidations rush following the interest rates cut and the anxiety for cash, has been recovering better than most macroeconomic assets. The cryptocurrency has not only recovered, but managed to turn positive on a year-to-date scale, undoing its losses and even shaving close to five figures, all this and more before even the halving taking place.

As the price moves up, the residents of these stimulus-heavy countries are moving in. Since the plummet, American institutional investors are inching closer into the Bitcoin market, through derivatives.

Between 18 February and 12 March, the Chicago Mercantile Exchange [CME] lost 65 percent Open Interest on its open Bitcoin Futures positions, dropping to $107 million in active positions, its lowest point in over 12 months. In the 5 weeks since the crash, the Open Interest recovered by over $100 million and managed to post an ATH at over $400 million.

On the retail side, while a causal link has not been seen, coincidence has. Coinbase CEO Brian Armstrong was curious to note that the buy deposits on his exchange in denominations equaling the stimulus check surged on 17 April.

It’s not just Wall Street bankers and cryptocurrency exchange executives; even Silicon Valley is taking a shine to Bitcoin. Chamath Palihapitiya, CEO of Social Capital and former Facebook executive, stated that Bitcoin, in the aftermath of the economic crisis, would be seen as a safe investment, even akin to a global reserve if its volatility drops, when compared to the inflation of fiat currency. He told Anthony Pompliano, Partner at Morgan Creek Digital,

“The path dependence for Bitcoin is if it looks like [reduction of the dollar’s value] is likely, it will really emerge as a flight to safety.”

Product of the times

This post-pandemic market will play out at a time when the Bitcoin market will have two, if not more, catalysts in play. Firstly, the cryptocurrency’s supply schedule change, referred to within the community as its halving, which transpired on 11 May when the mining rewards dropped by fifty percent.

This decrease in incentives to miners of the cryptocurrency, as was seen in two previous cases, in 2012 and 2016, resulted in a price pump. The timing of the pump, however, is a major bone of contention among Bitcoin hodlers.

Regardless, with the supply schedule skewed, incentives cut in half, the market will look to re-balance itself, with the price being the variable to change, with supply fixed. 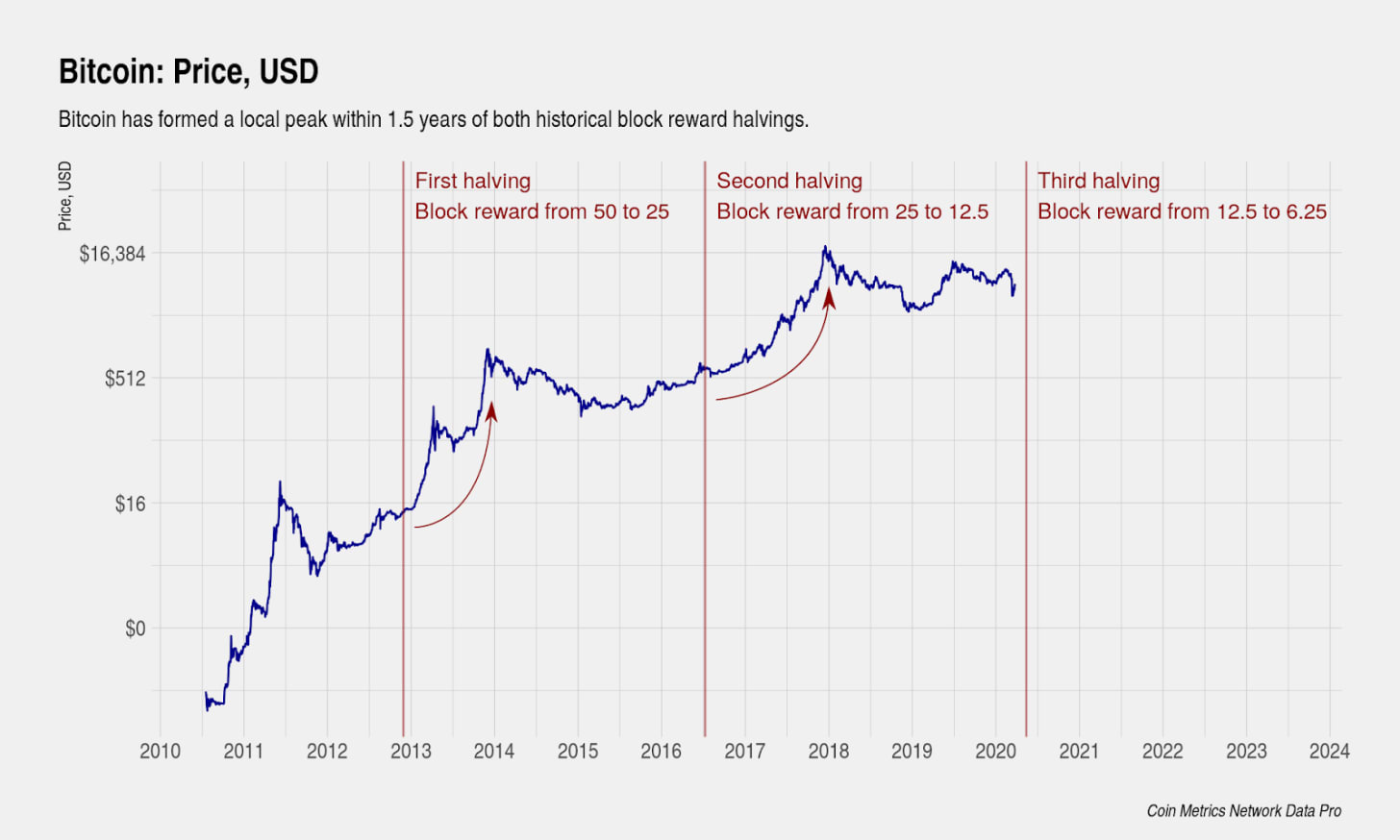 On looking further into the market that is driving the price of Bitcoin, we see a foundation, one cloaked in green. With central bankers around the world increasing liquidity in their domestic markets, the bridge to purchase Bitcoin as opposed to other avenues of investment-storage has increased.

A situation of dollars-in-abundance, efficient on-ramps for paper-Bitcoin, or custodial Bitcoin sets the stage for a massive uninitiated liquidity rush into the cryptocurrency markets.

Further, other investment options are also not looking to rise soon. Most major economies have enforced temporary closure of local industries and put in place public lockdowns, hurting the domestic economy to prevent the spread of the virus.

Once this lockdown is lifted, only cost-strapped companies will begin a phased reopening, rather than rushing into productivity head-first, resulting in the economic output slowly increasing, not reaping back lost profits for weeks, if not months.

During this time, the cryptocurrency, which requires no single, person, country, or entity to operate, will thrive. Bitcoin’s halving aftereffects [now in play] will be playing out while the increased liquidity in the markets will be put to quick use, rather than in companies that may not be slated for survival, let alone recovery.

Enter at your own risk

With liquidity in terms of the presence of dollars within the larger macroeconomic marketplace without question being in abundance, the concern is – will investors scurry back? If so, where will they scurry back to? Buying the dip in the equity markets, going long on gold hoping for something like a post-2008 bull run, or increasing their cryptocurrency hedge, venturing into Bitcoin with the halving effect looming?

Lennard Neo, Head of Research for Stack Funds, believes that this increased liquidity will find its way into cryptocurrencies. He told AMBCrypto the “bull case for Bitcoin” will only be strengthened by increased fiscal and monetary stimulus. Bitcoin being the uncorrelated asset of the bunch would fill in a gap left by COVID-19,

“In our view, central banks globally are running out of ammunition to satisfy market concerns as a result of COVID-19 and this leaves a substantial gap in the market for assets such as Bitcoin that can have a non-correlated and decentralised value proposition.”

This gap will further manifest in the post-pandemic recovery of global markets, with institutional and market players alike looking to Bitcoin as a means of ‘diversification’ to hedge against any looming “economic uncertainty,” stated Neo.

If Bitcoin does respond as a hedge against future disorder, or as a means to capitalise on the panic, how will the other macroeconomic assets respond? Asset prices will be ‘suppressed’ due to lack of market players, which would mainly include equity, but “without ruling out commodity completely,” suggested Assistant Professor of Finance at George Mason University, Jason Liu.

Speaking to AMBCrypto, he added, Bitcoin would see a “pump up” given the cryptocurrency’s measured deflationary effect, compared to the liquidity infusion rampant in global markets today.

Professor Liu differentiated between the short term investment effect to Bitcoin versus its medium and long term effects. Initially, Bitcoin and other assets will be held back, as investors hesitate to reinvest their fiat currency. However, further ahead, with the “current monetary stimulus” in the market, assets including Bitcoin will move up.

“The scarcity of BTC may further make it attractive in an inflationary environment.”

Another risk factor on the horizon is that of community-driven assets over performance-driven equivalents. Bitcoin and gold have almost a cult-like following, with adherents of one decrying the other. Despite sharing a lot of common points, digital gold outranks its tangible counterpart on the decentrality and censorship-resistance front, which will allow the cryptocurrency to emerge as a “quasi-gold standard,” according to Neo, owing to the “value coming from its community as opposed to that of central banks,” referring to fiat currencies.

Looking ahead to the next few months, equities have a long road to recovery. Gold is still trudging along the same path it was a year ago, while Bitcoin, despite skirting a few corners and having its path halved, is poised to surge ahead fueled by a peculiar greenback liquid.

Related Topics:Bitcoin halvingbtcfeaturedgold
Up Next