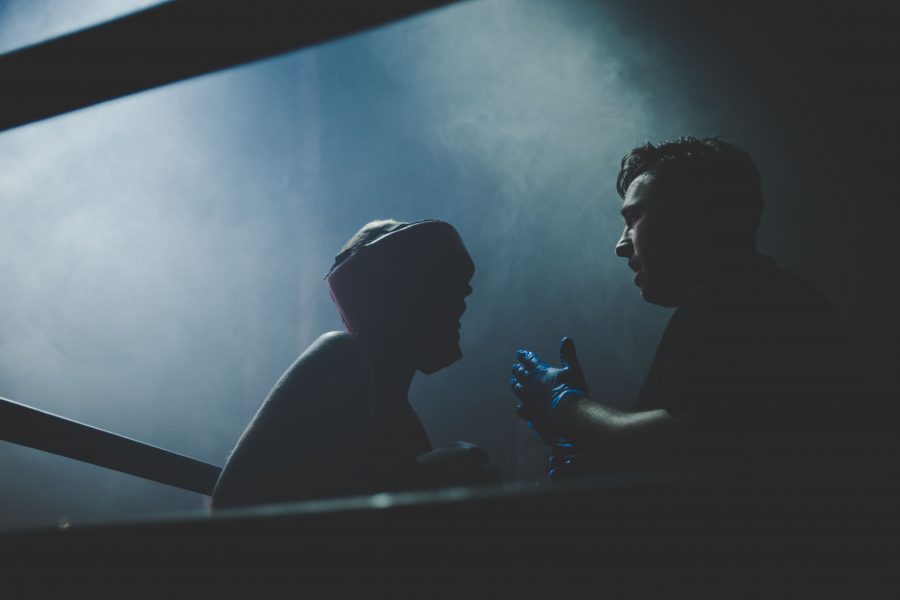 The fear of death follows from the fear of another’s life.

Competition and camaraderie have different meanings in the cryptocurrency space, than it does in the outside world. Some aim to complement by building, or being built on. Others aim simply to consume and subsume their competitors for their own evolution.

In recent times, several like-for-like companies have emerged in the digital assets industry, with this ‘complement or consumption’ paradigm playing out. Some emerge by playing the pure ‘imitation game,’ mimicking everything from the protocol to the name, while others carefully ply on the lines of mirrored objectivity while engaging in similar functions and appealing to similar crowds.

Now, there is a new kid on the block, one that everyone wants to hate and be friends with, all at once. Libra, Facebook’s cryptocurrency foray, has gone down bitter-sweet path with the cryptocurrency community. Some, like the more decentralized currencies, welcomed it as a bridge for Facebook’s billion-strong customer base to move to the world of digital assets, while others are beginning to appear rattled over the prospect of a possible encroachment.

Ripple, the San Francisco-based ‘payments’ giant, is one such cryptocurrency stalwart that is apprehensive in the face of Libra’s slow, but steady rise.

Facebook hasn’t yet specified Libra’s core purpose. However, given the information surrounding it, a few can be estimated. The social media giant initially primed India as their maiden market, due to the immense popularity of WhatsApp, a prominent Libra channel and more importantly, the remittance route. Rumors also emerged of possible integration of Libra on Mercado Libra, a South American e-commerce portal, suggesting retail hopes for the digital asset. Further, in its ‘whitepaper,’ Libra was slated to be backed by government securities and fiat currencies, something stablecoins are known for in the cryptocurrency world.

Libra however, once regulatory scrutiny simmers down, will not rest on the laurels of being a retail player, or a mere stablecoin replacement. It would eventually enter the institutional world. Jamie Dimon, CEO of JP Morgan, has stated that it was ‘very possible’ that a Facebook representative did speak to someone at the big bank, prior to the Libra announcement. Further, the Royal Bank of Scotland, which has previously undertaken a ‘proof of concept’ with Ripple tech in its £3.5 billion revamp, has reportedly held discussions with Facebook over a possible Libra integration.

Hence, Libra’s ambitions may not be as myopic as some would suggest. Despite not highlighting institutional interest and given Libra’s banking ties and the 28-large consortium boasting payment giants like Visa, MasterCard, and PayPal, Ripple’s payment niche is likely to be threatened.

Several in the crypto-community have also brought up the similarities in ambition between Ripple and Libra. Despite being a year out from its official launch, the fault-lines have already been drawn, with Facebook looking take Ripple’s lunch.

Anthony Pompliano, Co-Founder and Partner at Morgan Creek Digital, stated during the brink of the Libra announcement that Facebook’a cryptocurrency could “render Ripple/XRP useless.” This could be the start of the “token wars,” he said.

If it is, Ripple is definitely looking to pick up allies. One of them is the everlasting foe of the cryptocurrency world, regulators.

Libra has been in the cross-hairs of global regulators for several weeks now. Lawmakers have not only taken a hit at the inherent foundation of Libra, but also the past atrocities committed by Facebook. Allegations of money laundering, terror financing, privacy concerns, user data mismanagement, monetary policy manipulation, and financial instability have been leveled against Facebook.

Top lawmakers including the Federal Reserve Chair, the US Treasury Secretary, several members of the US Congress and even the President himself, have attacked Libra, with some calling it a “national security concern.” Many have demanded a delay, if not an outright halt, to Libra’s development, a demand concerning to many in Menlo Park, but delighting several in San Francisco.

With the setting of Libra versus regulators set, Ripple decided to throw its hat in the ring, firmly in the corner of Washington D.C. On the eve of the second Senate Banking Committee hearing on “Examining Regulatory Framework for Digital Currencies,” Brad Garlinghouse, CEO of Ripple along with Co-founder Chris Larsen, penned a letter addressed to Congress and appealed them to avoid ‘painting all digital currencies with one broad brush.’

This industry is at a crossroads. On the eve of more congressional hearings on blockchain, we @Ripple want to make things clear – not all crypto is the same, and we’re committed to partnering with govts and financial institutions globally. https://t.co/lSYJbF9RSS

Libra is quite evidently the elephant in the room, or rather the halls of Congress, which will be on every lawmakers’ mind for the recent hearing and the ones that follow, Ripple is quite clearly taking a stand behind them. From the once hailed ‘Ripple Killer,’ Libra could quickly go down to become the ‘Regulator’s Victim’ as its prospects, after each hearing, seem to be getting bleaker and bleaker.

Congress’ heated arguments and outright attacks against Facebook, Libra, and David Marcus, Had of Calibra, are evidence of the lawmakers’ fear of Libra. Ripple is looking to capitalize on this very fear.

In the letter, the Ripple execs stated that many in the industry are “responsible actors,” a possibly tongue-in-cheek remark at Facebook and their privacy concerns of yesteryear which were referenced by Congress during the Marcus hearings. The currency of the government is one built on “trust” and the current issuers of fiat are “well suited for the job,” claimed the letter.

Several regulators had questioned if Libra would upend the current fiat system by replacing the U.S dollar. Ripple referenced the same, stating that their main aim was to “complement existing currencies” and “not replace them.”

The crux of Ripple’s appeal to Congress comes out of a sentiment of overarching regulation that could adversely impact the cryptocurrency space owing to a knee-jerk reaction to Libra. Larsen and Garlinghouse opined,

“We urge you to support regulation that does not disadvantage U.S. companies using these technologies to innovate responsibly, and classifies digital currencies in a way that recognizes their fundamental differences—not painting them with a broad brush.”

In conclusion, the Ripple executives invited Congress to “come together” in a bid to “seize the moment.”

With regulatory concerns regarding Libra not put to bed whatsoever and growing fears against digital currencies, Ripple looks to nail itself on the regulatory cross, not simply to adhere to the regulation itself, but to stand in opposition with regulators against Facebook and Libra.

The threat is apparent if Libra does secure a green light. Its wings are going to spread beyond the retail and remittance market, soon encroaching the institutional world which Ripple aims to dominate. However, if Libra is stopped through isolated regulatory means, their market is undisturbed. It would seem thus that Garlinghouse and Ripple are plying on the age-old saying,

“The enemy of my enemy is my friend.”